Yet she said she's joyfully where she needs to be and is not discouraged by the few number women choosing religious life.

"I wouldn't necessarily say there's a drop in vocations as much as there is a drop in the 'yes' ‒ you know, the response to the call," she told Catholic News Service during a recent interview at St. Peter Indian Mission School in Bapchule. "I think God is calling and calling and calling."

Life's many choices can be overwhelming to young people. Considering religious life is a challenge for most, she said.

"It's having to center your heart in prayer, listening for that call and then responding to it. The more we live that joyful attitude, I think that's a big attraction to our life."

Peasel first stumbled upon the Franciscan Sisters of Christian Charity online, taking an interest in the order's website.

She attended a retreat at the sisters' Holy Family Convent in Wisconsin in 2007 to learn more, to hopefully find a community where she would be "most at home."

Seven years later, she took her final profession with these words:

"In complete devotion and in a response to love, I, Sister Pamela Catherine Peasel, vow to God to live for the whole time of my life the counsels of chastity, poverty and obedience according to the rule and life of the brothers and sisters of the Third Order Regular of St. Francis and the constitutions of the Franciscan Sisters of Christian Charity."

Now she ministers at St. Peter School in the Gila River Indian Community with five other members of the order. Located in the Sonoran Desert 35 miles south of Phoenix, the reservation is home to the Akimel O'otham and Pee Posh people whose roots go back to the ancient Hohokam.

It's "very unusual" to have six sisters from one community serving in a single primary school, said Sr. Martha Mary Carpenter, principal and junior high teacher. "Our mission of St. Peter's is blessed with more sisters than any other school in our community."

St. Peter's School opened in 1923 with a dozen students. It now has 213 children in preschool through eighth grade. The Franciscan Sisters of Christian Charity have run the school since 1935.

In addition to the standard studies and religion class, the sisters added an extra hour to the school day for students to learn native language, customs and traditions from community elders.

"Our aim is to raise up our kids and nurture our kids so that they will give loving service. That they will be peacemakers. That they take all the skills they have to make this community, the Gila River Indian Community, a better place," Carpenter said.

Bapchule has a population of just more than 2,300, almost entirely Native American. It is one of the most impoverished areas in Arizona with more than half of its people living below the federal poverty line.

Besides teaching and administrating the school and parish, the sisters assist the larger village too. They house a food pantry in the school cafeteria, ready to hand out groceries to anyone in need.

If the bustle of modern society drowns out religious callings, Peasel and her Franciscans contemporaries say they want to rise above that, being examples of joyous service to God and others.

"A religious sister for myself is giving my life over, completely over, to God and to Christ and serving others in the name of Jesus, spreading that joy," said Peasel.

Carpenter rarely leaves a conversation with someone without a "God bless you!"

"Being a religious sister means that I am an instrument in [God's] hands," she said. "To love his children, to create community, to include everyone in his love, and to let everyone I interact with know how much God loves them."

Ortiz, a teacher's aide and mother, has three children enrolled at St. Peter. She appreciates the environment that the sisters have established there. It's faith-filled and encourages respect for others, she said.

"When you work here at St Peter's, you wear a lot of hats. I'm not only a teacher's aide, I'm also a driver for our west-end kids," Ortiz told CNS. "I also help in the dining room. We help clean up wherever we need to."

The sisters are no exception.

"They do get their hands just as dirty as we do. . . . Sisters do a lot here, more than anybody. More than anyone can expect."

The work of the sisters has attracted some high-profile benefactors. Baseball legend Joe Garagiola Sr. and J.F. Shea Co., a large privately held home builder, have been generous to the school.

St. Peter offered preschool for the first time this school year thanks to Shea Homes, which built a preschool classroom and playground and added several other improvements to the campus.

As for their public profile, the Bapchule sisters recently began a FaceBook page and Sister Pam has produced some videos about the school. And, from time to time, they get out of Bapchule still dressed in their everyday black and white garb. 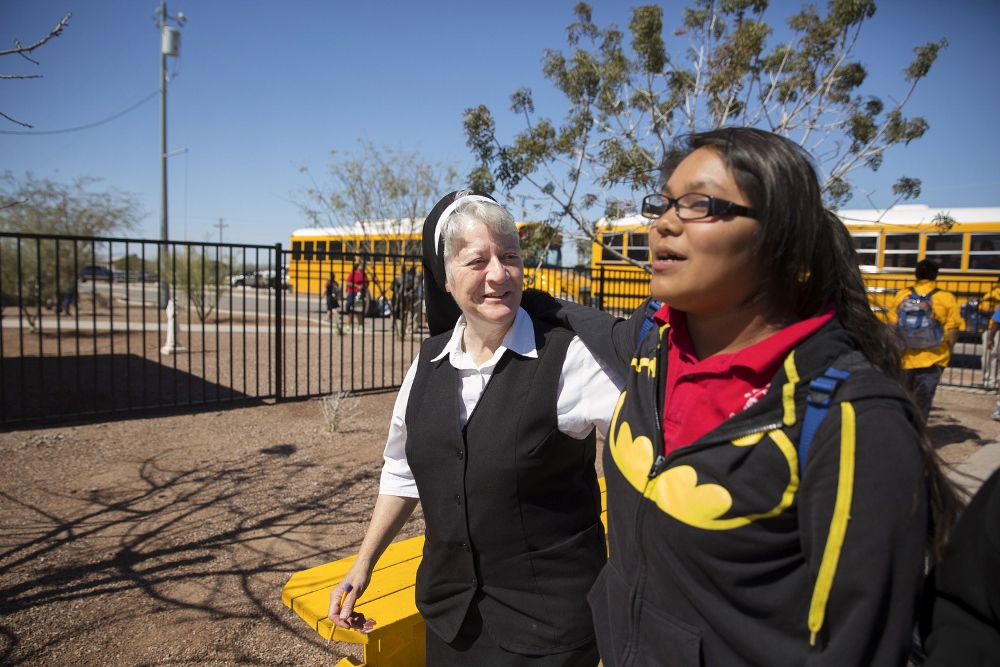 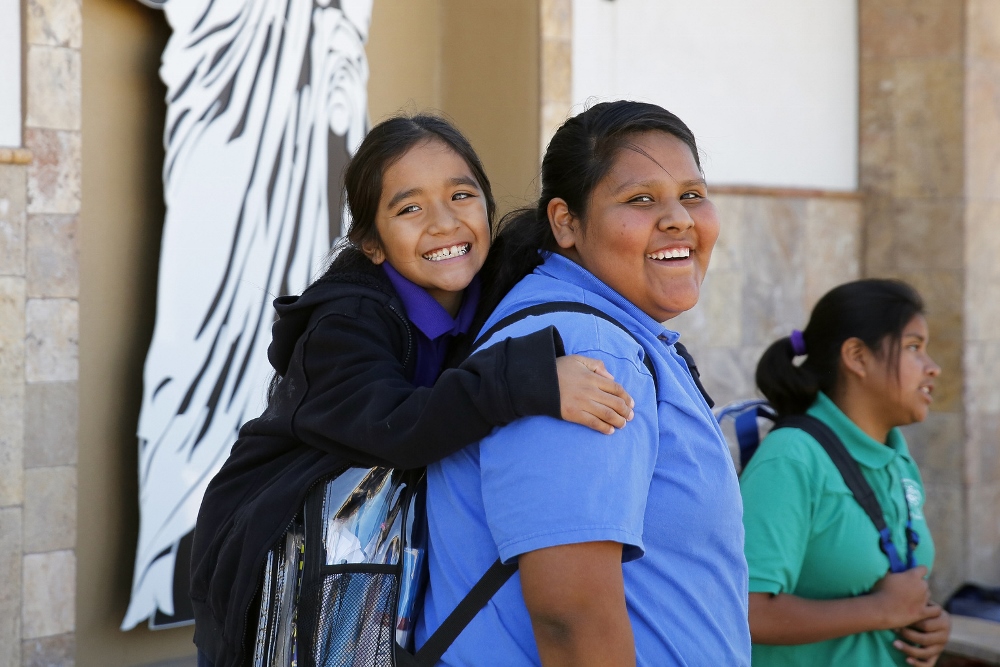 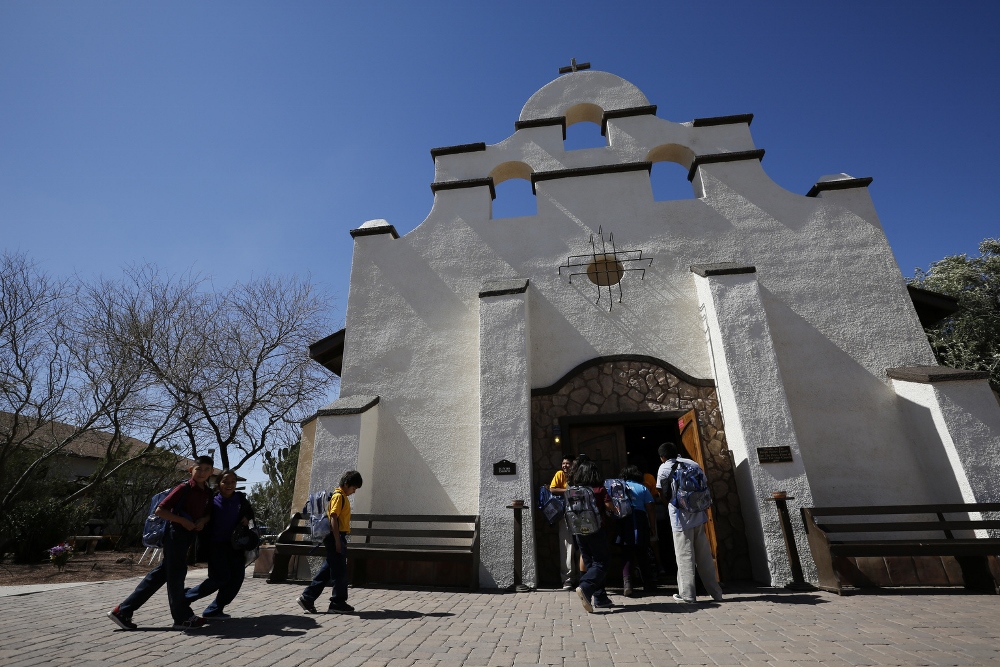 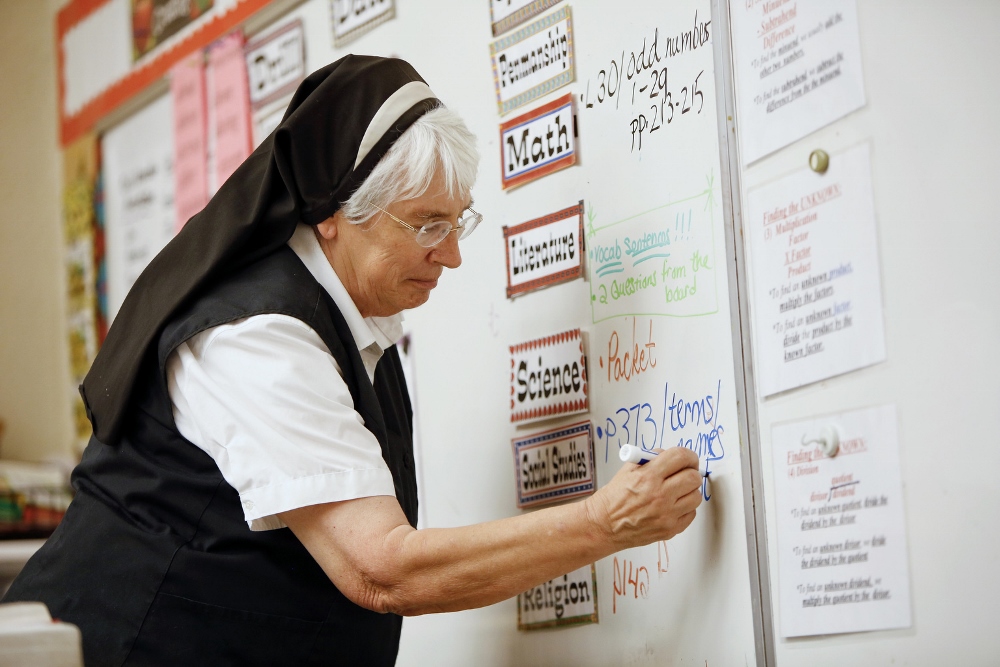 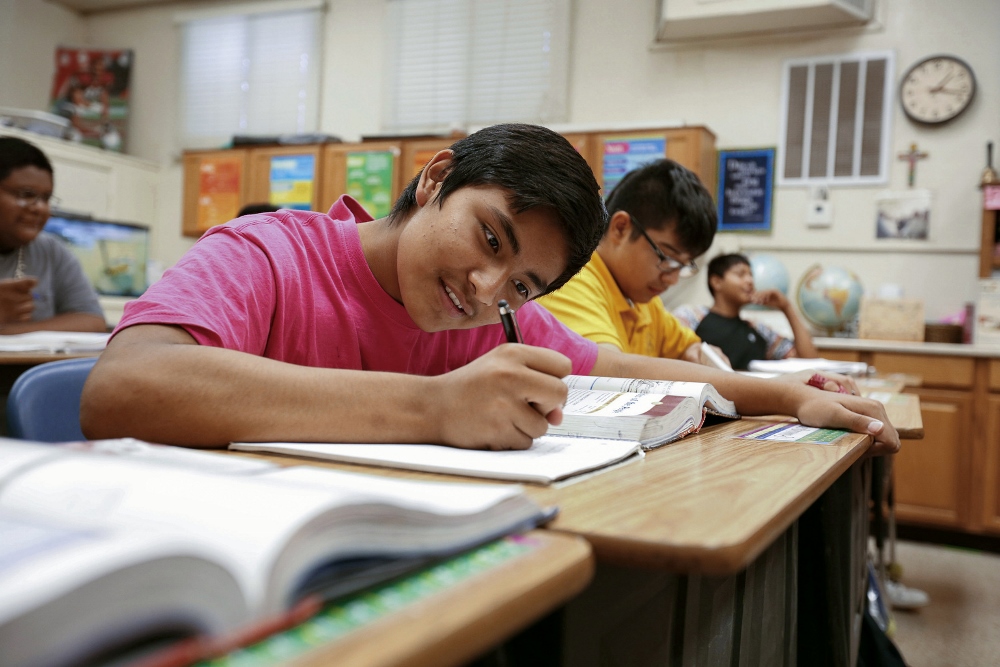 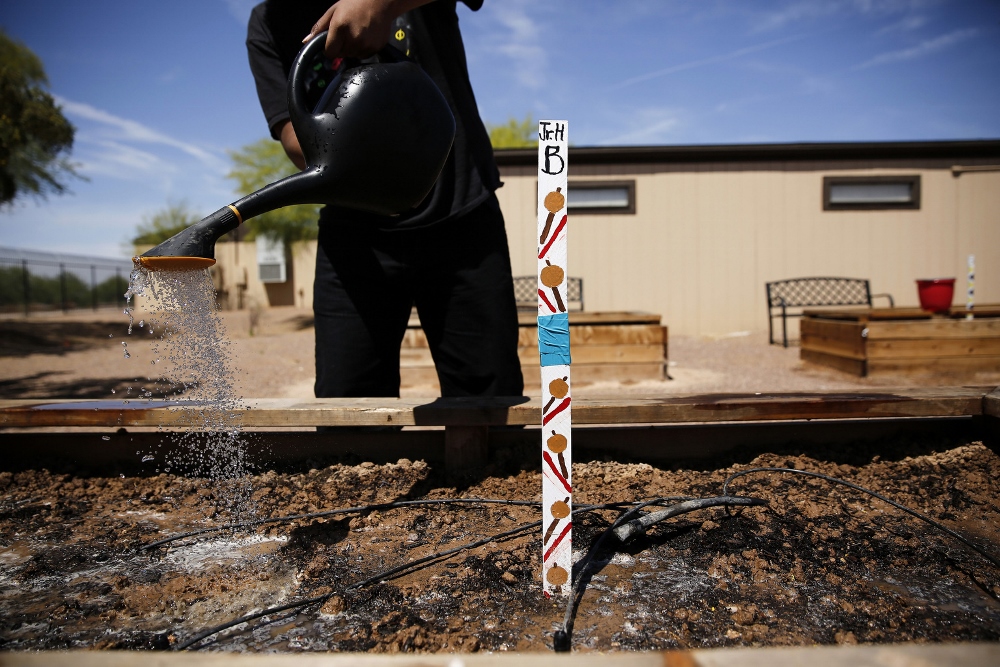 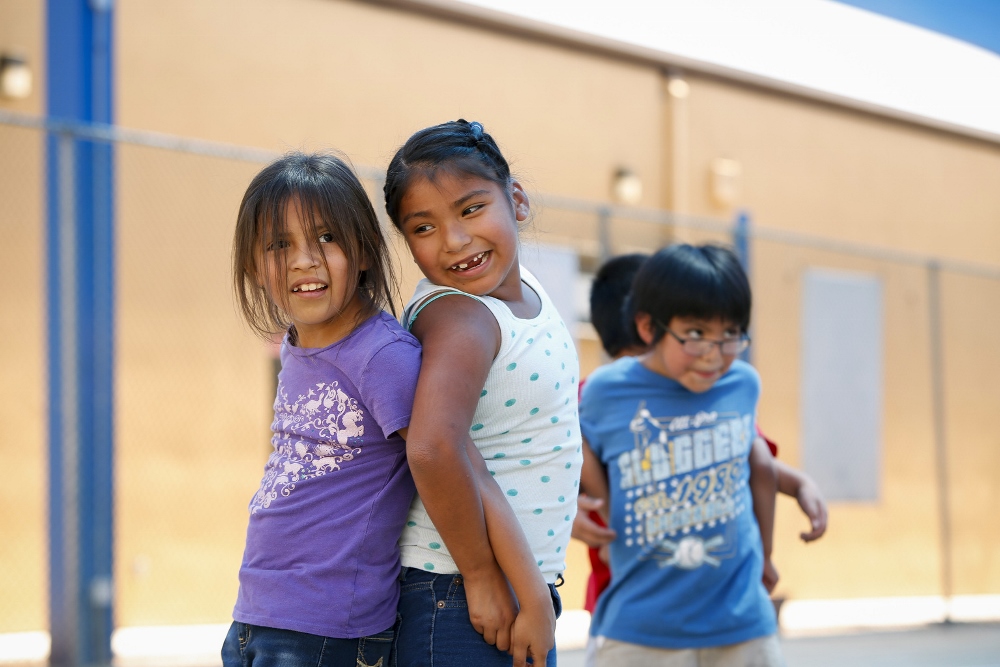