Sr. Elizabeth Thoman, a member of the Congregation of the Humility of Mary and a woman religious who changed my life, died December 22 at Bishop Drumm Retirement Center in Johnston, Iowa. She was 73.

I first met Liz in 1990 in Portland, Oregon, at a meeting of Unda-USA (now SIGNIS), the Catholic association for radio and television. Liz gave a presentation on the magazine she had founded and published, Media & Values, and she spoke about media literacy: the ability to access, analyze, evaluate and create media in a variety of forms.

I had never heard of media literacy before. As a Daughter of St. Paul, I was intrigued, since part of our mission of evangelization is to practice and teach critical thinking about media. The challenge was that no one in the congregation had yet figured out how to do that in an organized, systematic way.

After the workshop, I spoke with Liz and arranged to have Media & Values placed in some of our Pauline book and media stores.

In 1991, the Unda-USA meeting was in St. Louis, and once again, Liz was there. She co-presented on media literacy and faith formation with Oblate Fr. Pierre Babin (1925-2012).

I spoke with Liz after and asked, "Where can I go to obtain a master's in media literacy education?"

Liz was so focused on her work that she could sometimes sound brusque, so she responded very directly, "Well, you can't do it here. No one in North America gives such a degree. You have to go to Australia or the U.K. Here, contact Jesuit Fr. John Pungente in Toronto. He has a list of schools."

One thing led to another, and in 1993, I was accepted into a program at the Institute of Education at the University of London, where the first graduate program in media studies in education originated. When I completed the degree in 1995, I came home, and my provincial gave me permission to start the Pauline Center for Media Studies "to develop and encourage media mindfulness within the context of culture, education, and faith formation."

The center was started in Boston, but a move to Los Angeles in 2002 allowed us to develop a training curriculum for catechists, clergy, parents and spiritual directors in collaboration with the Los Angeles archdiocese. Since then, more than 100 people from five countries have earned an advanced certificate in media literacy. We have a New York office, and three more sisters have earned degrees in media literacy education or related fields. We have published two books, one covering faith formation for grades K-12 and another for parents on how to watch movies with their children.

None of this would have happened without those providential encounters with Liz at those meetings for Catholic communicators. She inspired me to ask permission to study, and this led over the last 20 years to institutionalizing media literacy as one of the key works of the Daughters of St. Paul in the U.S., Toronto, Singapore and Italy, and in training our African novices in Nairobi, Kenya.

Because of Liz's response to the signs of the times in the 1970s, her work through the Center for Media Literacy influenced both Catholic and public education in the United States, Canada and beyond through teacher training and curriculum consultancy with the Los Angeles Unified School District and educational entities in other countries. Joined with many like-minded educators who understood the need to include media literacy education within and across all subjects of the curriculum, Liz knew media literacy is an educational imperative for the 21st century for full participation in a globalized society.

In 1993, the U.S. bishops' Catholic Communication Campaign, the National Catholic Educational Association, and the Center for Media Literacy created and distributed a kit for Catholic schools called "Catholic Connections to Media Literacy" that was probably the first formal introduction of media literacy to Catholic education.

Liz was a prophet who lived a particular charism within the educational charism of her community. If you encounter media literacy (or media mindfulness, as we term it in faith formation), know that Liz had something to do with it.

Even when Liz was going through chemotherapy for cancer, she kept working to define and refine critical media literacy for educators and lifelong learners. Liz never stopped. Her zeal for media literacy didn't allow her to relax very much — or allow her friends and colleagues to relax, either. She once invited me to dinner at her apartment in Los Angeles. For health reasons, she had gone vegetarian, so I volunteered to make a risotto dish, and she made a totally forgettable soy-based dessert. We had a nice dinner together and then, in true Liz fashion, she pulled out a media literacy project, and we worked on it for a good couple of hours.

Our Pauline Center for Media Studies and her Center for Media Literacy, now headed by a laywoman, Tessa Jolls, collaborated on occasion over the years, yet for the most part, our audiences were and are different. This lets us all reach a wider audience.

Liz was always thinking ahead. Tessa likes to quote something Liz said in an interview for "Voices of Media Literacy":

Until the internet came along, everything was about television. As long as media literacy was about television, it could be dismissed as not being very important because television was not being used by educated people (or so they say!). But as soon as the internet hit everyday grassroots families, then we transformed into a totally different culture — and media literacy became a critical skill for learning to live in that mediated culture.

And what a busy, creative woman she was! After the cancer, she was diagnosed with Parkinson's disease, and when her health limited her activities, she took up photography and created a greeting-card line. It was a sad day when she left Los Angeles to return to her motherhouse in Iowa, but it didn't slow her down. She worked in the community's development office and fulfilled commissions for her photographic art.

Thank you, Liz, for the total donation of your life to the people of God — pushing boundaries and transcending borders. Through media literacy education, you let us see the media world critically and creatively — not negatively. You reminded us that loving or hating the media wasn't good enough because entertainment and information media were not going away, and that critical engagement was the way to move forward in relevance. You invited us to see the wholeness of the human person and to identify the skills that young people and their teachers need for the 21st century.

I've met so many committed communicators and educators through Liz, many of whom came to media literacy through Liz, and count them as colleagues, friends and among the most generous people I know. Together, we will be engaged in the world today. We will continue asking questions, analyzing, reflecting and creating media that invites people to be critically autonomous citizens who care about one another and the world.

Meeting Liz changed my life and influenced the Daughters of St. Paul to look more deeply into our own charism, to not only produce media, but to examine and understand the culture created by all media.

[Sr. Rose Pacatte, a member of the Daughters of St. Paul, is the founding director of the Pauline Center for Media Studies in Los Angeles.] 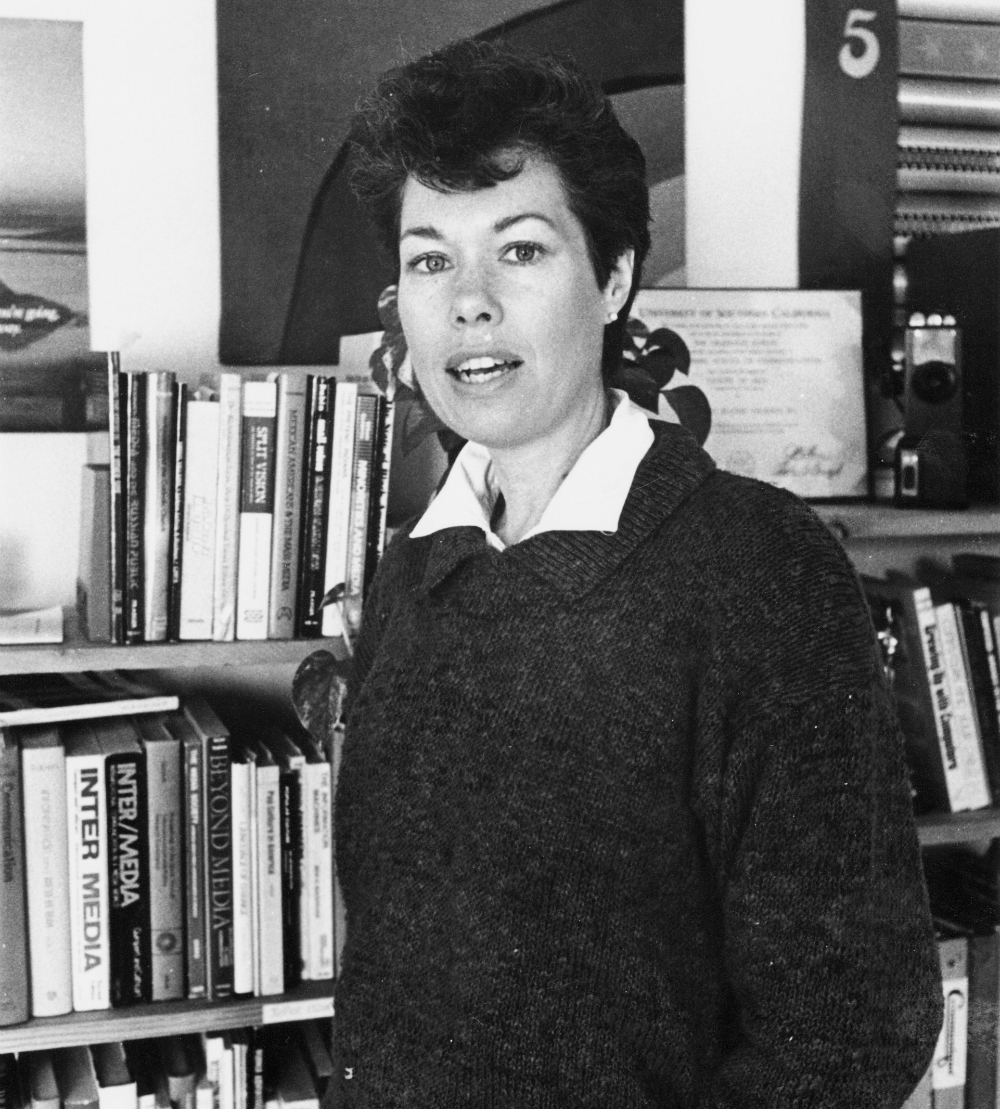