Sr. Maureen Paul Turlish of the Sisters of Notre Dame de Namur, a longtime advocate for victims of sexual abuse, died July 18 in Cincinnati. She was 79.

Turlish was a founding member of the National Survivor Advocates Coalition and Catholic Whistleblowers, groups for advocates of abuse victims. She was also active in the Philadelphia chapter of Voice of the Faithful, on the board of the Delaware Association for Children of Alcoholics, and a contributor to the National Catholic Reporter, offering analysis of the sex abuse crisis and the church's need for accountability.

Turlish was born July 5, 1939, in Philadelphia to Paul Turlish and Mary (Dunn) Turlish. As a child, Turlish was already involved in social activism: Her father was a union leader and took her to a picket line as a girl. She encountered the Sisters of Notre Dame de Namur in high school and joined in 1960.

Turlish graduated from Trinity Washington University in 1965 with bachelor's degrees in English and secondary education. An art teacher, she also later earned a master's degree in art education from the University of Maryland and was at one time the Fine Arts Chair at St. Elizabeth High School in Wilmington, Delaware.

At her first profession, the Sisters of Notre Dame de Namur in Cincinnati told GSR, Turlish added "a special dedication to women and children" to the end of her vows.

In the wake of the Boston Globe's reporting in 2002 detailing sex abuse in the Catholic Church, Turlish began weighing in on the matter publicly, writing under the pseudonym "Sister M Immaculata Dunn" about the abuse on online forums and in letters published in the New York Times in 2003.

"The church was going nuts about it because they couldn't find Sister M Immaculata Dunn," said Robert Hoatson, a former priest and another member of Catholic Whistleblowers who met Turlish in 2003, after he was removed from his position as the director of a school after testifying about clergy abuse before the New York state legislature.

While standing up between sessions at a Survivors Network for those Abused by Priests in the early 2000s, Hoatson said he felt a tap on his shoulder and turned around to see Turlish sitting a few rows back.

"It was very humorous, and she was giving the hierarchy a real pain in the neck," Hoatson said.

A few years later, Turlish decided to reveal her name and began to work under her real identity.

"At the time, she was the only religious woman that would publicly stand up for this issue," said Dominican Fr. Thomas Doyle, a canon lawyer and advocate for victims of clergy sex abuse. "She brought courage ... she was not afraid to write or call [the church hierarchy] on their duplicity."

Turlish remained in the church but still expressed and condemned the spiritual harm the scandal brought on all its members.

"No longer am I the person I used to be even 10 or 12 years ago," Turlish said during a speech at Chestnut Hill College in 2011. "And although I cannot compare my loss with the loss suffered by victims of childhood sexual abuse, there is nevertheless loss. Something has been taken from me, as it has been taken from every member of the people of God."

Turlish fought to extend statutes of limitations to aid abuse victims. Testifying in support of Delaware's Senate Bill 29 in 2007, which removed the statute of limitations for survivors of childhood sex abuse to file civil suit, Turlish told the state assembly that the bill "covers everyone and discriminates against no one. It is definitely not anti-Catholic, and it is definitely not Catholic-bashing." The window opened by the bill led to nearly 150 lawsuits and the bankruptcy of the Wilmington Diocese.

In late 2012, Turlish, Doyle, Hoatson and other canon lawyers and survivors came together to form Catholic Whistleblowers. Although "initially conceived more as a confidential support group for the whistle-blowers themselves," according to the New York Times, the group eventually took their actions public, drafting a letter to Pope Francis with six recommendations for reform in the church.

The group launched in the summer of 2013 and continues to hold conference calls every week to discuss new and ongoing issues related to abuse and advocacy.

Following a car accident in late spring, Turlish had been undergoing treatment for viral encephalitis. She is survived by her brother, Paul. 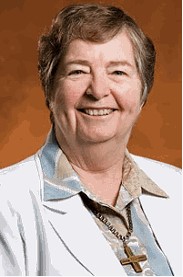