Skip to main content
This story appears in the NCSW 2018 feature series. View the full series.

Juan Cerda had bowled only once before, but he seemed to have natural talent. He knew, for example, that his grip on the ball was key to a good score.

"You have to hold it a certain way," the San Francisco State University sophomore said. "Not too tight and not too light."

Though the geography major was leading with three strikes, Cerda didn't go to Classic Bowling Center in Daly City, California, to win. He wanted to spend time with the Verbum Dei sisters who minister to the university, a public commuter school with 29,000 students.

"I like hearing their stories," he said. "It's hard, sometimes, trying to keep my faith in a secular setting."

Bowling with Nuns was one of many events around the country marking the fifth annual National Catholic Sisters Week, which ran from March 8 to 14 and was sponsored by the Conrad N. Hilton Foundation, which also funds Global Sisters Report. Its purpose is to honor women religious, bring awareness of sisters in the United States to laypeople, and perhaps draw young women to join missions.

After a 6 p.m. Mass on March 11 in a classroom on campus, 11 students and five women religious carpooled to the bowling alley on a fog-shrouded hill south of San Francisco. They put on their shoes, selected their balls and said a prayer. They then broke into four groups and commenced an intense hour of friendly competition, with many gutter balls, high-fives and a handful of strikes.

Sr. Laryn Kovalik of the Verbum Dei Missionary Fraternity said Bowling with Nuns was "about sharing life with the students, showing them that prayer isn't limited to the chapel."

"We can build community and be brother and sister to one another, wherever we are," Kovalik said. "And what's community if we don't have recreation?"

The sisters advise San Francisco State's Newman Club, the Catholic students' organization. This Lent, they organized Sunday Mass on campus; throughout the year, they lead prayer groups and put on events such as hikes and retreats. While they work mostly with Catholic students, they also put out a table at least once a week, like the other campus clubs, and speak with anyone who stops for a chat.

"We have lots of conversations with people who may not be Catholic or even Christian," Kovalik said.

Bowling with Nuns included four Verbum Dei sisters: Kovalik; Sr. Sara Postlethwaite, who applied for the grant from National Catholic Sisters Week to offer Bowling with Nuns; Sr. Dana Dorcakova; and Sr. Gabriela Mendez, who's visiting from León, Mexico, to learn English. Sr. Lisa Laguna of the Daughters of Charity, a friend of Postlethwaite's, joined the fun, providing socks to those who needed them for bowling shoes. The vocational director of Daughters of Charity in Los Altos Hills, California, keeps them on hand in case she encounters a homeless person in need.

"I love hanging out with the nuns," he said. "It's great to see them being themselves. Some people think they pray all day, but they like to have fun like everyone else."

"This is just one way they minister to the young people," he added.

Like the other students who bowled with nuns, Sousa-Johnson is a member of the Newman Club. Back home in Turlock, in California's San Joaquin Valley, he was part of a strong Catholic community. He sought a similar group at school and found it in the club.

Cerda concurred: "I found my little refuge in the Newman Club. It's a family."

After two fast-moving rounds of bowling, a winning team emerged. It featured both Cerda — who had the highest score, 183 for two games — and Postlethwaite, who came in second with 182 points. There was no reward besides bragging rights at future club events.

"My team wasn't the best," said Alejandra Brito, a fourth-year biology major and president of the Newman Club. "But we had the most fun." 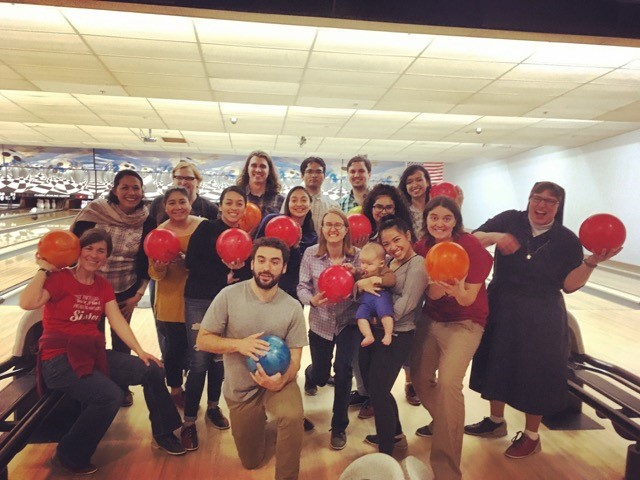 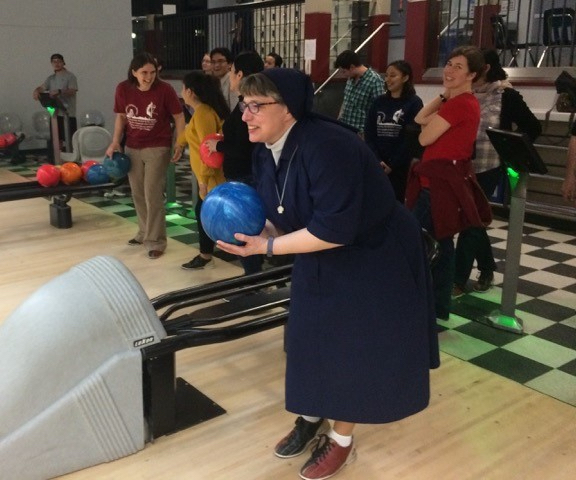 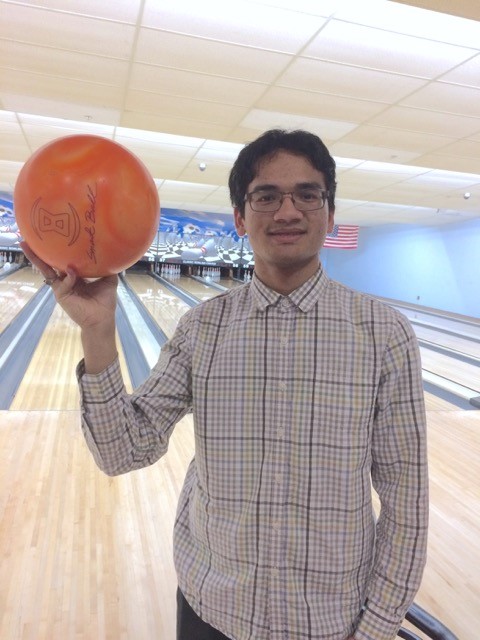 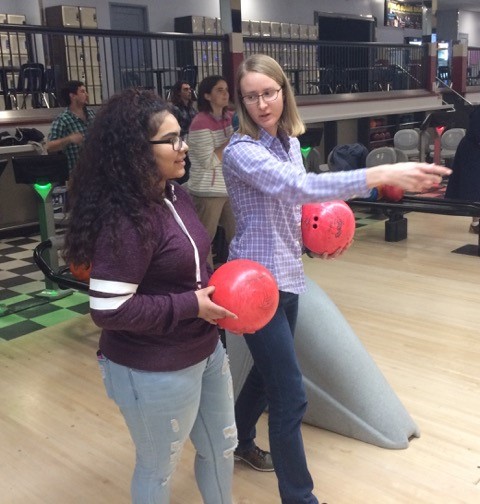