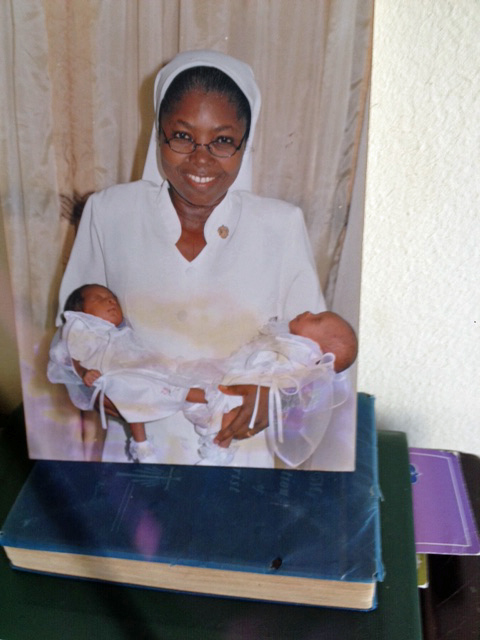 It's been five years since "Call the Midwife" heroine Jenny Lee first minced her way through the streets of East London and into the hearts of millions of viewers around the world. The period drama (based on the memoirs of British midwife Jennifer Worth) chronicles Lee's midwifery tutelage in the 1950s and '60s under the wings of the fictionalized Anglican Sisters of St. Raymond Nonnatus.

"Call the Midwife" has won a slew of awards in the U.K. and in 2016, riding the tide of the show's global popularity, the British Broadcasting Corporation renewed the series for an additional three seasons. But for certified nurse-midwife and Sister of Divine Providence Kay Kramer, "Call the Midwife" is more than good TV — it's a way for people to have a bit of insight into her world.

For many international health organizations, midwives are the answer to the world's continuing maternal health crises. Since 2008, the United Nations has been actively trying to increase the number of midwives worldwide, believing they have the ability, not only to prevent two-thirds of maternal and newborn deaths, but also to provide the overwhelming majority of reproductive and maternal health services.

And Catholic sisters are heeding the call. 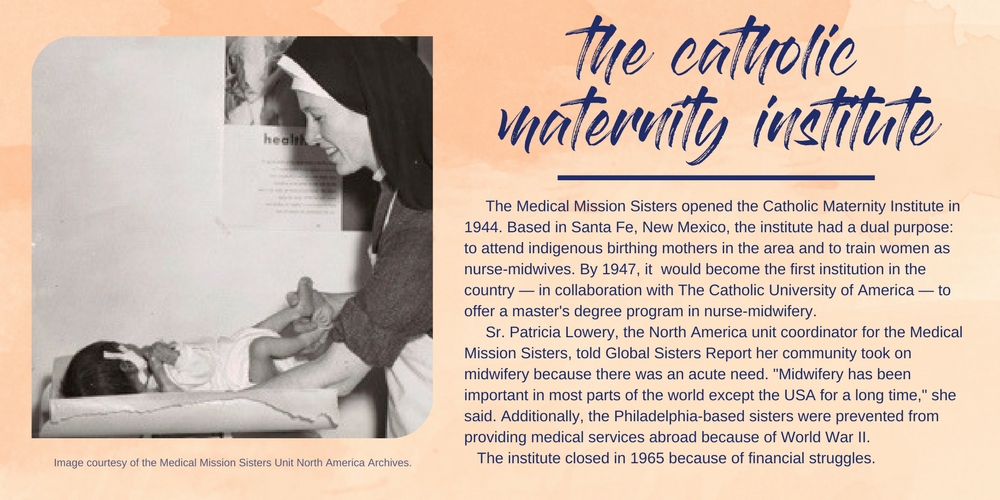 Midwives have been attending birthing women for millennia. In the Bible, it's two midwives, Shiphrah and Puah, who circumvent Pharoah's homicidal edict against Hebrew male babies, thus allowing Moses — and therefore, the future Israelites — to be saved. Hippocrates, the ancient Greek physician, wrote about midwives, and historians have unearthed documents dating back to the Middle Ages that outline the midwifery regulations of the day. Margaret Jones, the first person executed in Massachusetts for alleged witchcraft, was a midwife.

According to the World Health Organization, there are 9 million nurses and midwives currently practicing worldwide, a decreasing number that already fails to meet the needs of the day. While no one keeps track of how many of them are Catholic sisters, evidence suggests that, as the need for safe maternal health care grows, sisters are trying to fill the void.

Catholic sisters were late to the midwifery game, although not by choice. The Vatican prohibited women religious from attending births until 1936 — this despite the fact that sisters had long served doctors, nurses and foundresses of hospitals. It was believed, writes Laura Ettinger in her 2006 tome Nurse-Midwifery: The Birth of a New American Profession, that watching a child being born was not "fitting for virgins consecrated to God."

Fast-forward eight decades and, much like the Sisters of St. Raymond Nonnatus, today's real-life sister-midwives can be found ministering to mothers on the margins. 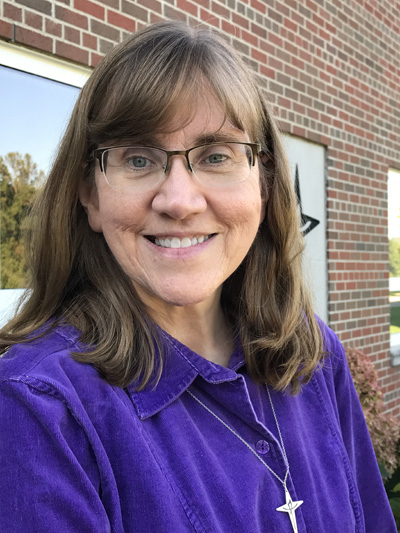 Kramer's patients, for example, are largely immigrants and women caught up in Kentucky's heroin epidemic. In Haiti, the country with the highest maternal death rate in the Western Hemisphere, the Little Sisters of St. Thérèse of the Child Jesus are teaching traditional birth attendants how to provide a hygienic birth in an effort to keep mothers alive. For a time, sister-midwives in the U.S. provided maternal care on Indian Reservations.

Kramer recalls once having a patient whose boyfriend was in jail and who was facing eviction. After working with her to find local resources, Kramer said she grabbed the woman's hand and said she was praying for her. "She started crying and said, 'No one has ever said that to me in my whole life.'" Kramer said. "I don't remember a time when I haven't had people say that they're praying for me. It moved me deeply, and I think I lifted her spirits and gave her some hope."

By the most pared-down definition, midwives are trained birth assistants; they catch babies. Unlike doulas, who are birth coaches, midwives provide medical care for pregnant and birthing women. Midwives differ from traditional birth attendants in that the former undergo formal training and, today, licensure, while the latter do not. However, unlike obstetricians, midwives cannot perform cesarean sections or other surgeries.

Society of the Holy Child Jesus Sr. Rose Okoli loves babies — even ones she hasn't yet met in person. ("Tell him I looove him," she implores a new mother over the phone.) Okoli was licensed as a nurse-midwife in her native Nigeria in 1992 and, since then, has spent a good part of her career trekking to rural villages in Nigeria and Cameroon, encouraging pregnant women to visit a health clinic for a prenatal checkup.

She estimates that in 25 years, she's caught a couple thousand newborns. Easily. "I don't have the statistics but more than 2,000, if I put together all the places I worked at," she said, chuckling.

Nigeria has the highest maternal mortality rate in the world. According to UNICEF, a Nigerian woman has a one in 13 chance of dying from pregnancy or childbirth. And because many of Nigeria's maternal deaths are from preventable causes, there's been a push to increase the number of midwives there. The Society of the Holy Child Jesus operates two rural health clinics in the state of Abuja, both of them with sister-nurse-midwives on staff. 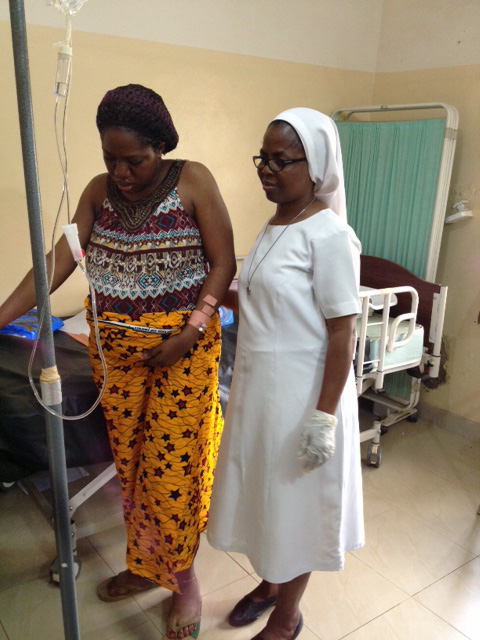 In Okoli's experience, most women in rural Nigeria deliver their babies either by themselves or with untrained traditional birth attendants. They only come to a midwife when there's an emergency and, usually, when it's too late. In fact, Okoli says, the only two mothers she's ever lost came to her when they were already bleeding to death. That's part of the reason why, when she was running a clinic in the Nigerian state of Delta, Okoli waived all fees related to maternity care.

Like most — if not all — midwives, Okoli emphasizes that pregnancy and childbirth are normal. A healthy woman with a healthy pregnancy, she said, could have her baby without ever seeing a midwife or doctor and be perfectly fine.

"The problem arises when there's complications," Okoli said. "And you can never negotiate with God." That's why it's so important, she said, that pregnant women see a maternal health care professional who can diagnose many complications before they become fatal. It's also important, she added, that NGOs and government agencies build hospitals and clinics where rural women can actually get to them.

"Maybe one in each village," she said.

It would be a mistake to believe that maternal mortality is a unique burden of the Global South or of the economically poor. A 2016 study of global maternal health found that the United States — despite spending $50 billion on birth every year — is the only country in the so-called developed world to have rising maternal death rates.

Why? Experts have a number of hypotheses, one of them being the waning influence of midwives in the United States. Midwives are present at only 8 percent of U.S. births. Meanwhile, Scandinavian countries, where midwives are the default maternal health care providers for low-risk pregnancies, have the best maternal health outcomes in the world.

That's not a coincidence, says Franciscan Sister of Mary Angela Murdaugh. Dragging her words through a Texas twang, she explains that, in her admittedly biased opinion, midwives are the "very best" people to take care of pregnant women. When pitted against the conventional medical establishment, she said, U.S. midwives have lower mortality rates as well as fewer low birth weights and fewer premature births.

"There's this delusion out there that midwives have good statistics because they never take care of anybody high-risk, but that's not the reason," she said. "The reason is because midwives' work is to keep women normal, and it's usually, if you ask me, interference of the medical system that has a lot to do with why we have the problems we have."

Murdaugh is something of a midwifery legend. She is one of three women religious (in addition to Medical Mission Sister M. Theophane Shoemaker and Daughters of Charity Sr. Mary Stella Simpson) to have served as president of the American College of Nurse-Midwives. In 2002, Murdaugh was inducted into the Texas Women's Hall of Fame for her work in improving maternal health care in the Lone Star State, including the creation of two birth centers.

"When you're a midwife, you're really involved in the total recreation of the universe all the time," Murdaugh said. "I believe God runs the universe, and when he gives me the chance to help him or her, I am just so thrilled."

Sr. Kay Kramer says she has also seen God in her practice. She's been particularly moved by the way Mexican immigrants refer to giving birth as dar a luz, literally, "to give the light." 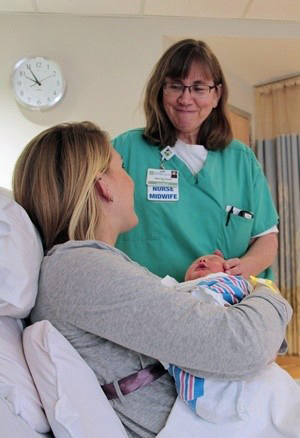 Because of the unpredictable work schedule — babies are born when babies are born — midwifery presents certain challenges for women living in community. Kramer admits that, often, her ministry prevents her from doing things that she would like to do in and for her congregation.

"But I've always been 100 percent supported in doing it, and I'm really grateful for that."

[Dawn Araujo-Hawkins is a Global Sisters Report staff writer. Her email address is daraujo@ncronline.org. Follow her on Twitter: @dawn_cherie]

Ministry | Women religious answer the call for the midwife globally