When the elderly men and women at the Jeanne Jugan Residence for senior care pray the rosary with Sr. Constance Veit, they see her as more than one of the caregivers at the facility.

Though this nun with the Little Sisters of the Poor is many years their junior, these seniors think of her as their spiritual mother, a term often used by popes when they refer to women religious.

More than one of those residents said they were going to honor Veit May 12, just like they would any other mother on Mother's Day.

Veit has answered the pope's call and embraced the role of spiritual mother.

"Our motherhood is exercised by loving those whom God puts in our path, those to whom he confides to us to care for," she told Catholic News Service in a March interview. "In my case, we care for the elderly. I look at myself as a spiritual mother to the elderly, because I try to nurture them, to protect them from harm and to educate them spiritually."

Though most of the elderly who reside at Washington's Jeanne Jugan Residence arrive with a strong spiritual core, Veit says part of her role is to enrich and further their understanding and love of God.

"The recognition of spiritual motherhood is a recognition of a supernatural order alongside the natural one," said Dominican Sr. Maria Veritas Marks, a member of the Religious in Residence program at the Catholic University of America in Washington. "In this order, it is also possible to give persons life, supernatural life, to help them share the divine life of grace. Consecrated religious women are called to this motherhood in a particular way through the vows of poverty, chastity and obedience."

According to the Vatican Congregation for the Clergy's document "Eucharistic Adoration for the Sanctification of Priests and Spiritual Maternity," "The vocation to be a spiritual mother ... is largely unknown, scarcely understood and, consequently, rarely lived, notwithstanding its fundamental importance. It is a vocation that is frequently hidden, invisible to the naked eye, but meant to transmit spiritual life."

In his 1988 apostolic letter, Mulieris Dignitatem ("On the Dignity and Vocation of Women"), St. John Paul II said that for consecrated women who live according to the charism and rules of the various apostolic institutes, spiritual motherhood "can express itself as concern for people, especially the most needy: the sick, the handicapped, the abandoned, orphans, the elderly, children, young people, the imprisoned and, in general, people on the edges of society."

That apostolic letter continued by saying just as the motherhood of Mary extends to all, so is the spiritual motherhood of consecrated women characterized by "ongoing intercession, care and maternal solicitude for all souls."

Mary has been an inspiration to Veit throughout her vocation as a Little Sister of the Poor. Veit called Mary the most beautiful ideal and model in motherhood.

"I've always appreciated the fact that Mother's Day occurs during the month of May, a month the church dedicates to Mary," she said. "I think it's a way of making a connection between our blessed mother and mothers, both physical mothers and spiritual mothers."

In her role as spiritual mother in a care facility for the elderly, Veit believes her priority is to remind the seniors that they too continue to have a mission in this world and to help foster their purposefulness.

Another priority is to help them prepare for eternal life, Veit said.

"For us, the ultimate of spiritual motherhood is being midwives of souls, as they prepare to leave this world," she said. "A physical mother brings children into the world at the beginning of their lives. We're there at the end of people's lives to help them to be born to eternal life with God forever. I think that's just a beautiful way of looking at it." 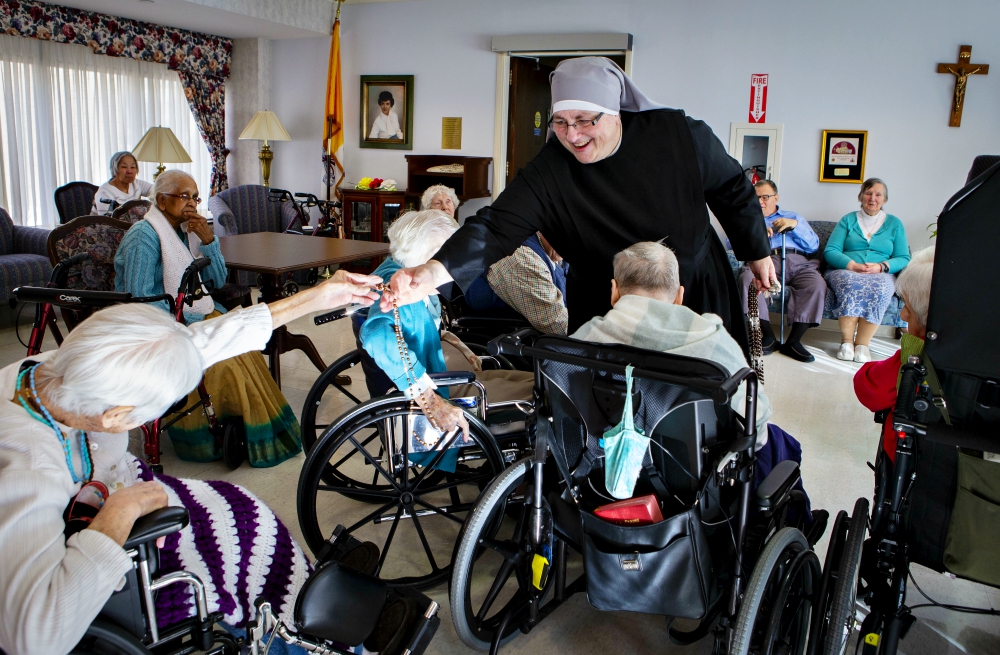 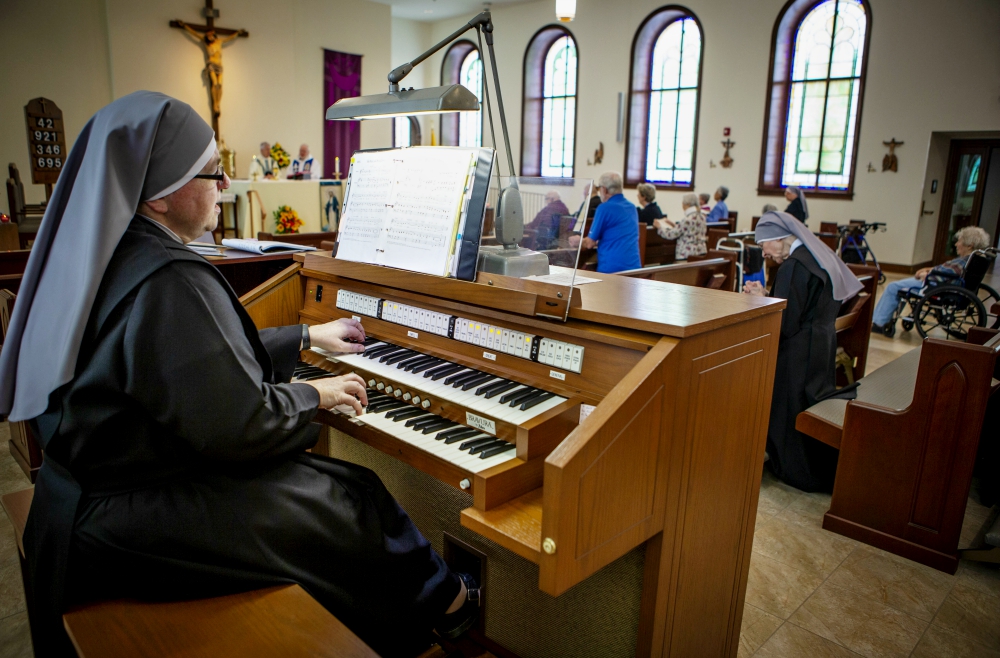 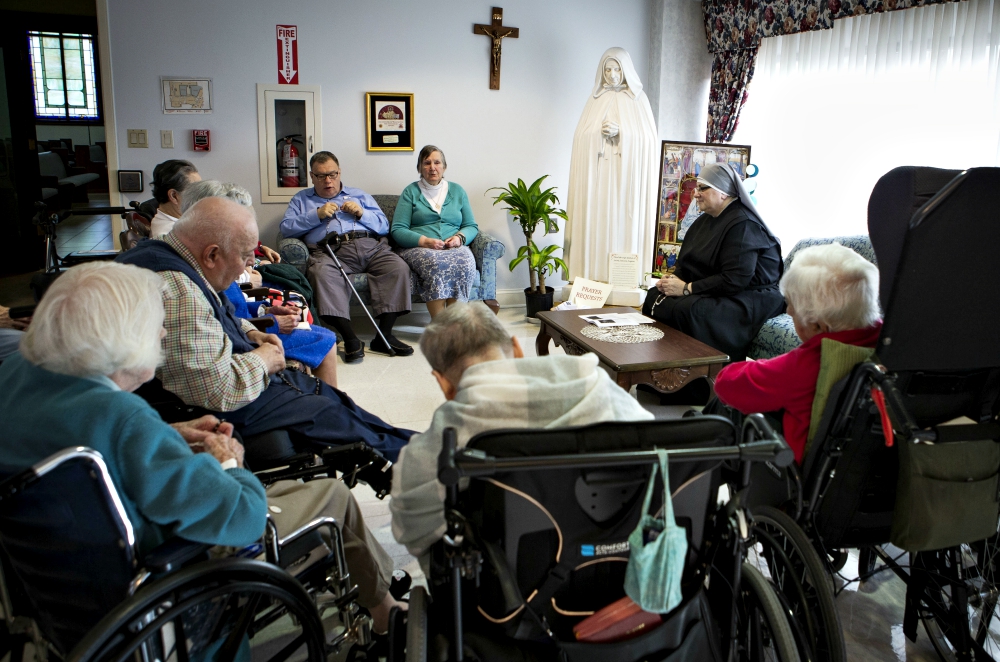