The first center in the United States dedicated to the study of consecrated life opened Thursday with a symposium on hope and the changing nature of religious life.

Missionaries of the Precious Blood Fr. Robert Schreiter, Vatican II professor of theology at Catholic Theological Union, said the school’s Center for the Study of Consecrated Life is launching at the perfect time, because religious institutions are in a period of massive realignment, with severe contraction in some parts of the world and rapid expansion in others.

And the changes that can already be seen as consecrated life adapts to the new reality, Schreiter said, align with Pope Francis’ call for religious institutes to be “closer to people and their struggles in general and closer to the poor in particular.”

There are a handful of similar centers around the world, but CTU’s is the first in the United States, officials said. The CSCL will host on-campus and online course, symposia and workshops for participants to explore and study consecrated life in all its forms.

The CSCL has already raised $1 million toward its planned $2.5 million endowment, with many of the donations coming from religious communities, which officials said shows the need and desire for the center.

“Part of the vision for this is that we are at a turning point – the way religious life was lived in the past, that form of religious life is dying,” Dominican Sr. Barbara Reid, vice president and academic dean of CTU, told GSR. “Something new is coming about, and we’re right at the cusp of that.”

She noted that while there are certainly individual scholars who study consecrated life, the CSCL will be able to bring together resources unavailable elsewhere.

“We [at CTU] prepare men for religious priesthood. We have more than 40 women’s congregations coming here. Many of our faculty are in religious life,” Reid said, noting that CTU is also home to the Institute for Religious Formation, which trains religious to train new members. “We think we’re well positioned to serve the church in this way.”

Viatorian Fr. Mark Francis, CTU president, said he has already been contacted by religious communities that want to partner with the center.

“I believe the center is going to be a clearinghouse for a lot of what’s going on in the study of religious life,” Francis told GSR. “We hope to link up with the other, international centers, and examine how religious life is transforming itself. We want to make sure we’re looking not just here, but at the developing world and from all these various perspectives.”

In his talk, “Re-Imagining Consecrated Life in a Changing World,” Schreiter said that over the last century, many people predicted we would by now be in a secular world, where religion is solely a private affair on its way to disappearing entirely. That hasn’t happened, he said.

“In secular society, there is still a deep hunger for something greater than ourselves,” Schreiter said. “Especially in the young, that can be channeled to good, or it can be derailed into things such as jihadism.”

That changes the approach consecrated life must have, he said, especially if religious are to heed the call of Vatican II and Pope Francis to minister to the periphery.

Society of the Sacred Heart Sr. Maria Cimperman, who will be the director of the CSCL, spoke on hope, noting that hope is not a denial of reality, and in fact requires a deep study of reality. She cannot hope for peace in Chicago, she said, unless she understands the reality of the epidemic of gun violence the city is experiencing. The same is true for consecrated life.

“A person of hope is firmly grounded in reality, but hope looks at reality through the lens of Gospel faith,” Cimperman said. “Nothing says this will be easy or that we will not suffer. We have the cross, after all, as our symbol.”

But hope can spring from genuine encounters, she said, noting that being present is what those in the consecrated life have always done best. 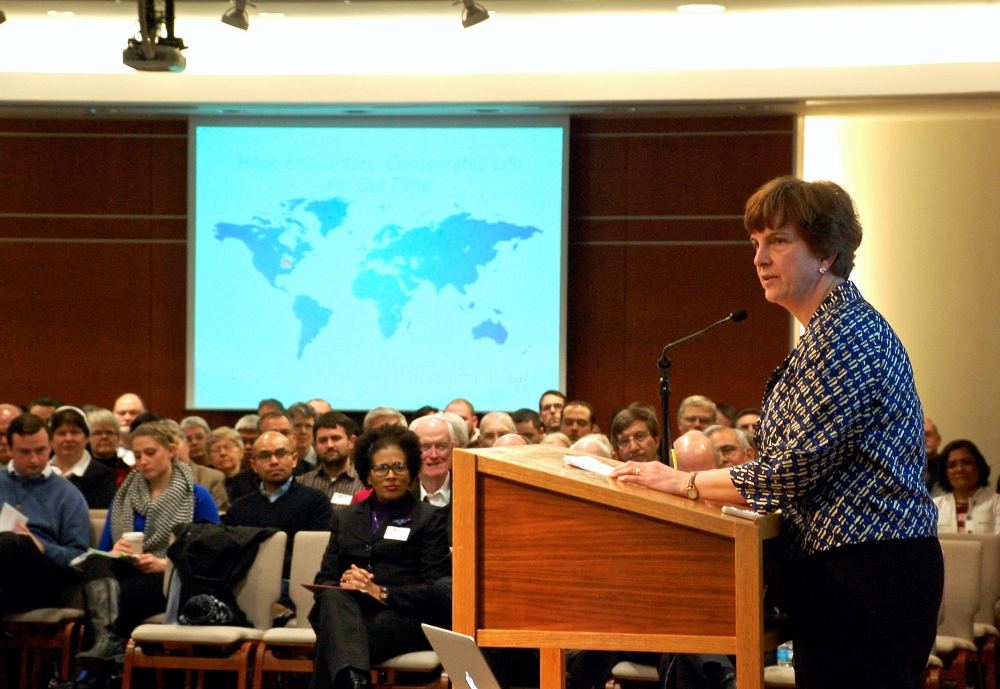 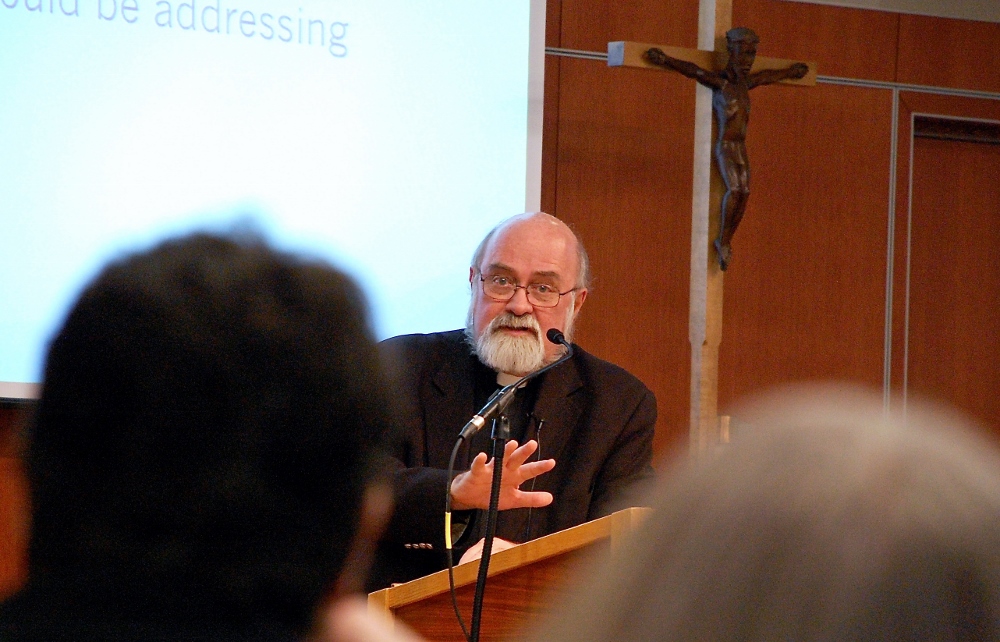 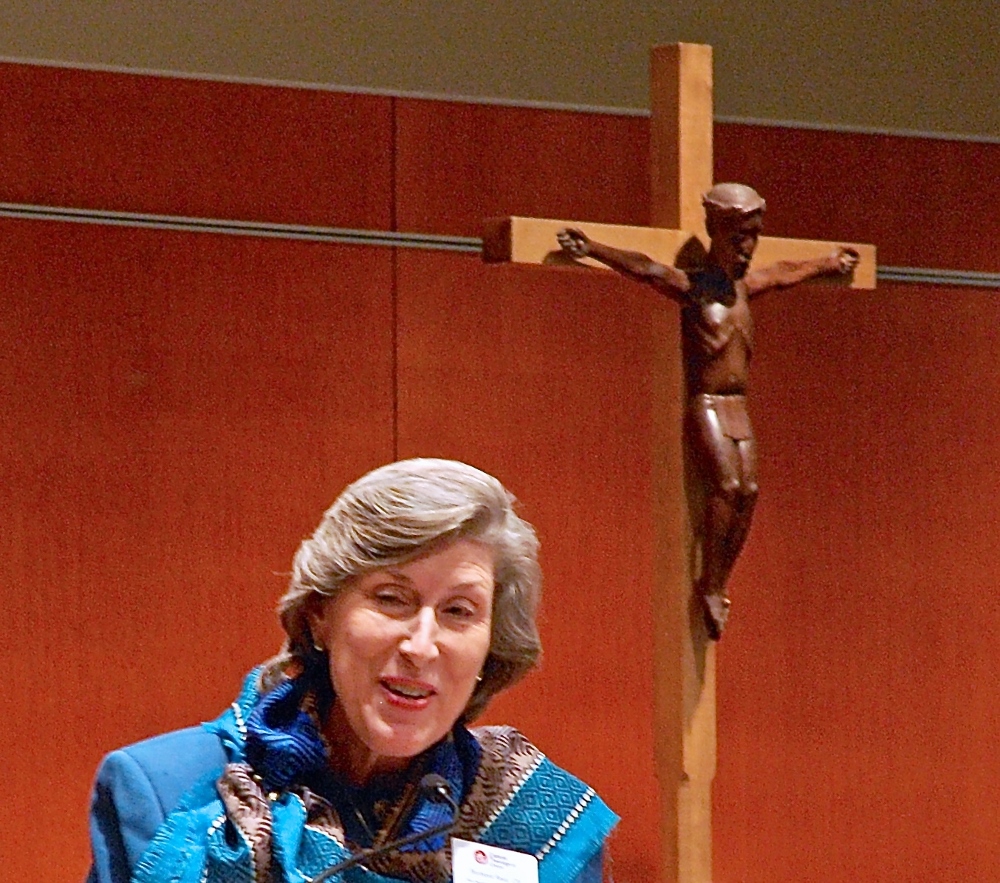 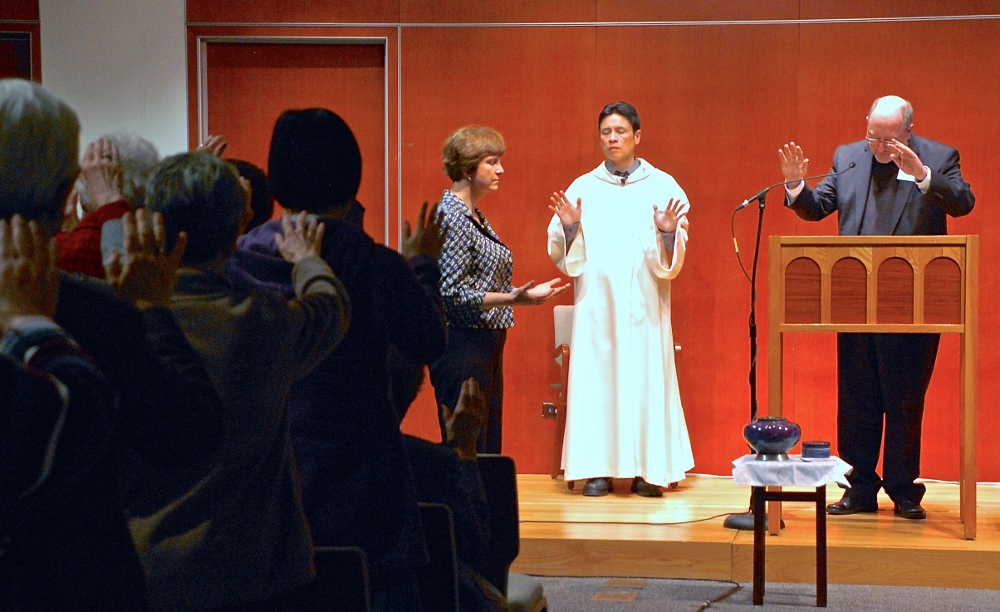