"Who writes a biography about a nun? Can you think of anything duller?"

Benedictine Sr. Joan Chittister posed these questions at an Oct. 6 event marking the publication of the new biography Joan Chittister: Her Journey from Certainty to Faith (Orbis Books). The predominantly female audience at the book launch at Boston's Pucker Gallery could not have disagreed with Chittister more.

The evening featured Chittister and author Tom Roberts in a conversation reflecting on the origins of the biography and insights gained from the experience.

"The interior Joan was worth showing people because it was ultimately behind this woman who is helping to revolutionize religious life and confronting the church with enormous questions in an integral way," said Roberts, who is editor at large of National Catholic Reporter. "There are dimensions to Joan's life that are very pastoral that not many people know about."

A biography is not what Roberts had in mind when he began his interview with Chittister at her Benedictine community in Erie, Pennsylvania, in 2011. He was interviewing her to "freshen up the files" — a journalistic euphemism for updating her obituary.

Roberts realized that despite a decadeslong working relationship — including stints covering a conclave together and serving as her editor — he didn't really know what made Chittister the woman she is today.

So he said to her, "Let's start at the beginning."

"I was face-to-face with my own authenticity. I had carefully constructed great scripts that were true, but were never complete. They were never totally revealing.

"I knew that in answering these questions the way they should be answered for the first time in my life, I would be stepping over a doorway I never wanted to open. I decided at that moment ... I would answer the questions."

"It was a remarkable moment," Roberts said. "She immediately began talking about some things she had not told anybody, about her growing up years especially."

The conversation went on for about three more years.

The final result was Joan Chittister: Her Journey From Certainty to Faith, in which Chittister shares details on her early home life. An only child, Chittister was very close with her mother. Her father died before she turned 3. Her mother remarried, but Chittister's stepfather turned out to be a violent alcoholic. It was a difficult childhood that Chittister kept hidden from almost everyone in her life.

Roberts said it was the first time he saw Chittister — an internationally renowned speaker and leader — vulnerable.

Roberts also spent five weeks conducting interviews with members of the Benedictine community to learn more about Chittister and her religious community.

Chittister said Benedictines profess three vows: obedience, conversion and stability. Chittister, a Benedictine for more than 60 years, found the stability in her religious community that she never knew in her childhood.

"[Her] story is so powerful," Roberts said. "There is an arc of faith and an arc of development out of deep tradition. St. Benedict is never far from anything Joan does. I think it's extremely important for Catholics today who are dealing with this institution dominated by men and trying to find itself, to understand this life of integrity."

He said it's important for people to understand "the amount of work and struggle Joan and the community did with what it means to be a contemplative in the modern world."

At the book launch, Chittister expressed some discomfort with the classification of "biography."

"Biographies, as far as I'm concerned, get written after you've died. I'm a lot more alive than you think," she said. "Biography says, 'something with depth.' Biography says, 'We're looking for the threads in a life.' This biography thing has so much soul to it, you can't hide anymore."

Chittister went on to differentiate her biography from the type of writing she does. "Publishers have been trying to get me for years to write on a more personal level. I write anecdotally. I bring you my experience and I bring you insights and I bring you the poetry of my soul, but I have never meant to intrude my life on yours."

"I have never, before this, expected anybody to deal with my own life as part of the argument. So it is a moment for me. It is nothing I deal with lightly," she added.

She said she hopes readers find meaning in the book.

If Chittister has some discomfort with being the subject of a biography, Roberts appeared to have early doubts about his role as the biographer. Most pointedly, he wondered if he — a man — was worthy of telling the story of an internationally noted feminist sister.

Chittister's vote of confidence should put that question to rest. She praised Roberts' sensitivity and talent.

One of the reasons the biography project proved successful is the trust between Chittister and Roberts.

But Roberts was quick to point out that the trust and friendship between him and Chittister did not mean that she received any special treatment. Chittister was not able to see galleys or drafts before publication. In fact, she only recently read a digitized copy of the published book at Roberts' behest to prepare for their public conversation.

"Sister Joan sets the soul on fire," said Charity Sr. Marie LaBollita, who added that she was inspired by the evening's conversation. "This has made me think, 'How willing are we to reveal the depths of our soul?' "

Maddie Jarrett, a graduate student studying for a master of divinity degree at the Boston College  School of Theology and Ministry, was introduced to Chittister's body of work only a couple of weeks ago. "This is totally new to me, but I'm excited. I'm so looking forward to reading this [biography]." 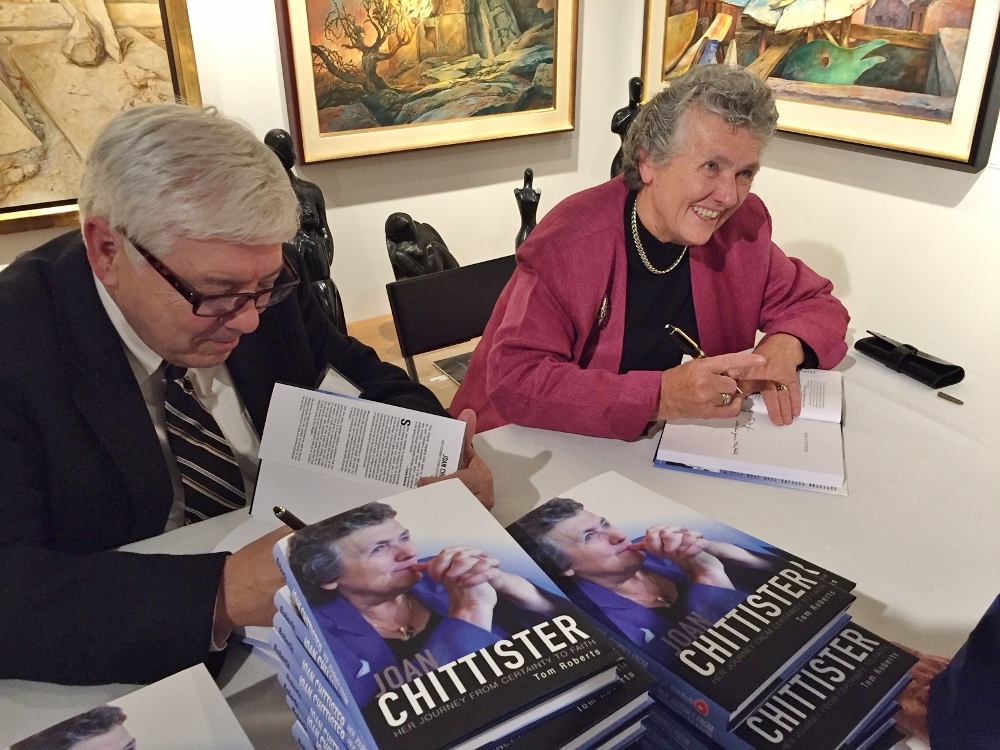 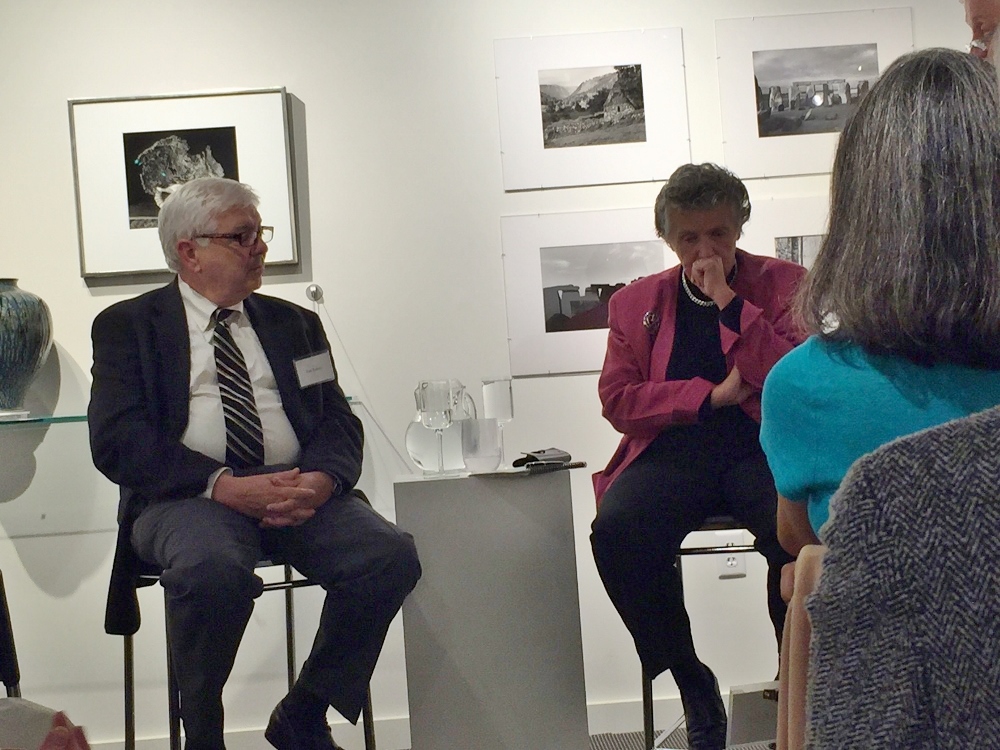