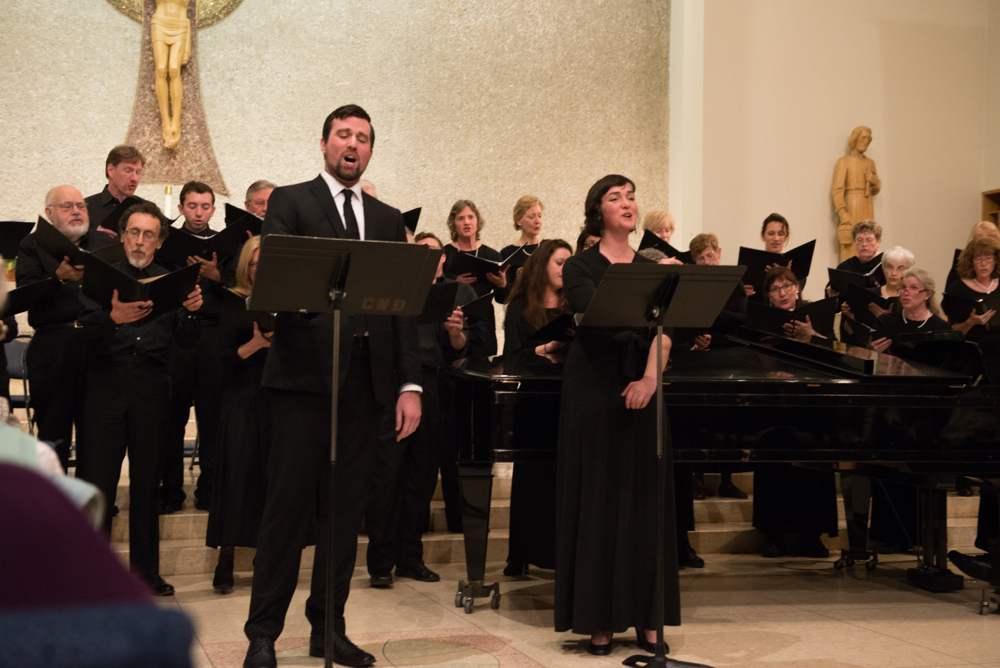 Belmont, California — A hushed audience of more than 300 witnessed a musical tribute to the late Sr. Dorothy Stang on the 10th anniversary of her murder in Brazil, Feb. 12, 2005.

Gathered in the Cunningham Memorial Chapel of Notre Dame de Namur University (NDNU) for a concert version of Evan Mack’s 2011 opera “Angel of the Amazon,” they hear Dorothy (mezzo soprano Caitlin Mathes) in an anguished cry, “How can I raise the poor from the dust if they see me as a hand of the wicked?”

Luiz, a poor local farmer (baritone Jeffrey Williams), has just asked the Notre Dame nun, newly arrived in their community in 1969, why she has dined with a wealthy landowner who opposes the poor farmers’ efforts to thrive.

“I cannot help the poor unless I am one of them,” she realizes.

The rest of the opera chronicles the subsequent transformative events in her life and the lives of the Amazon communities with whom she lived and worked for 39 years. She was murdered on her way to meet with farmers who were organizing to resist the brutal intimidation of large landowners. She was carrying her Bible, and when confronted by two hired gunmen, began to recite the Beatitudes. She was shot six times and left lying in the mud.

Mack, who has written two other operas and produced five musicals, applied the Beatitudes as a structural link for the various acts within “Angel of the Amazon,” starting with "Blessed are the poor in spirit."

“He used the beatitudes so beautifully, but I never thought of my faith as being reflected in an opera,” said Meg Bowerman of Oakland after seeing the concert version. “I realized how I can use them as my own mantra when confronted with evil.”

Mack poured over Sr. Dorothy’s numerous letters to her family and religious community for the opera’s lyrics, composing music that underscored the power of her challenges and insights. Classical tones gradually become imbued with Brazilian harmonies and rhythms to illustrate her assimilation into the community. Throughout, he employs the threat of drought as a metaphor for the threat of violence, rain as life-giving water and a sign of hope.

A 40-member choir (Viva la Musica! under the direction of Shulamit Hoffmann) is the voice of the poor farmers, sometimes chanting in Portuguese and other times in English. At times, the choir reiterates a lesson from their beloved sister: “Let the waters of God douse the fires of hate.” At other times it is a prayer: “O deus, traz na chuva." (God, bring on the rain). 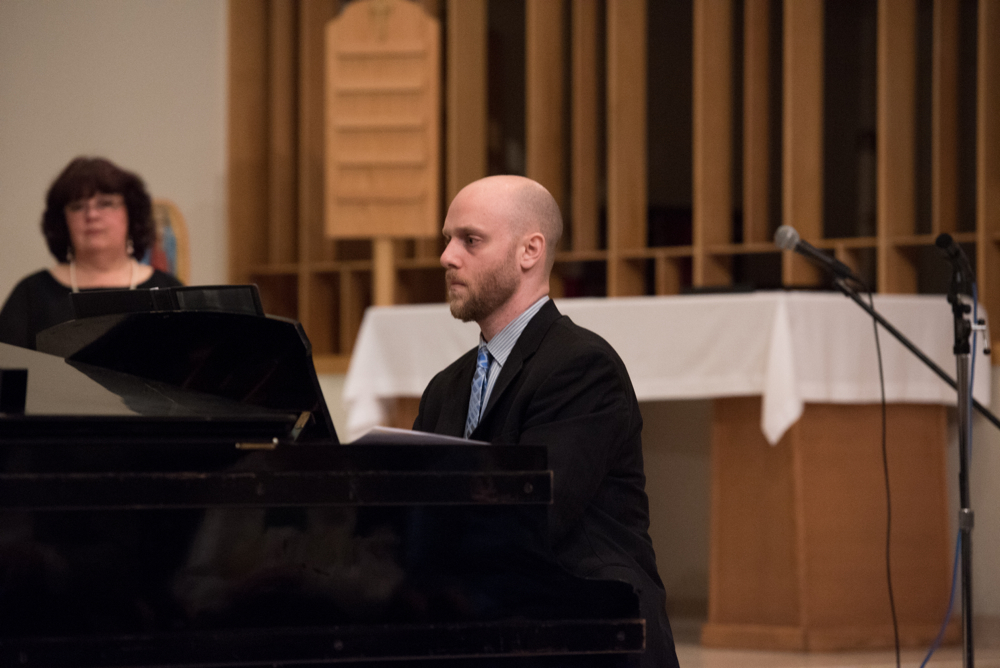 The opera’s power is in the interplay between Dorothy and Luiz with the farmers’ chant as a choral backdrop.

“We’ve done everything right,” sings Luiz. “We pray, we give, we work, we praise. And for what?  More drought?”

To which Dorothy replies, “Patience, the rain will come. Everyone’s faith has to be tested.”

Evan Mack first learned about Stang during a faith formation program at St. Anthony Parish in Madisonville, Ohio, where he was choir director. Newly married and a weary grad student, Mack wanted to stay home that Saturday morning; his decision to attend changed his life. Hearing about the sister’s life and death “hit me in the gut and soul,” he told GSR.

He knew her story was opera material.

In 2009 Encompass New Opera Company in New York City accepted the opera, which it mounted for 13 performances in 2011.

Caitlin Mathes, assistant professor in performance studies at Ithaca College, New York, sang the lead role. “I’ve lived with it for a long time,” she said following her performance in Belmont. “It’s such an honor. I keep asking myself, am I doing her justice?”

What lesson has the "Amazon angel” taught her?

“To make a choice and make it strongly.”

The NDNU concert was Jeffrey Williams’ first time in the role of Luiz. An assistant professor of voice at Austin Peay State University in Clarksville, Tennessee, Williams said it was “one of the most meaningful roles I’ve ever done.”

Sr. Dorothy’s life, he said, demonstrates the “incredible impact” one person can have. “It’s amazing what she stands for – courage and vulnerability.”

That vulnerability dramatically closes the opera. Dorothy sings, “I could die. I could lose my life for the struggle. I am scared, but won’t be afraid. I fear no evil, as you are with me, Lord. If I die, then let me die.”

Her final aria, “Will they listen?” is a plea to the audience to embrace the call of the poor and an embattled environment.

James McGarry, director of NDNU’s Sr. Dorothy Stang Center for Social Justice and Community Engagement which sponsored the concert, said he wanted to bring the nun’s charism “front and center” into the university’s life. “I walk under her banner every day. I want to extend her legacy.”

The university established the Stang Center in 2007, honoring their alumna who earned her bachelor’s degree there in 1964. The center focuses on service opportunities for students among the poor and disenfranchised in San Mateo County, where the university is located.  “What Sr. Dorothy did in the Amazon, we want to do here,” McGarry said.

“We want to help eradicate poverty, which is very real here in the midst of the wealth of Silicon Valley,” McGarry said.

The school’s Environmental Club has replaced invasive species with native plants on nearby San Bruno Mountain, tends a butterfly garden on campus, and has introduced a campus-wide composting program.

My true journey: I am doing a year of service, and I have depression

What does it mean to live a legacy?