O'Neill's message came in her June 14 keynote address to the 551 attendees of the Sisters of Charity Federation's Assembly of the Whole.

"Evolution isn't the background to the human story. It is the human story," said O'Neill, a Sister of Charity of St. Elizabeth. "[Creation] was not just a warm-up for the human story. ... Do you think God had nothing to do for 13.7 billion years until we came along?"

Likewise, the Sisters of Charity have been evolving since their founding 400 years ago. And because of that constant change, that continuous journey to wherever God leads, she said, "we are seasoned mapmakers."

The Assembly of the Whole itself was new territory. Though the Sisters of Charity Federation began in 1947, when six congregations banded together to advance the sainthood cause for Elizabeth Ann Seton, this was the first assembly ever held. Previous gatherings had been limited to leadership.

The federation now consists of 14 congregations with some 2,650 sisters serving in 26 countries. There are also 1,900 associates and affiliates to the communities. The June 13-16 assembly in Chicago drew attendees from 29 states and seven countries.

As part of the opening ritual, each congregation carried in long banners of colored cloth they then wove together among the signs for each community in the federation, symbolizing the group's diversity and unity of purpose and matching the assembly's theme, "Weaving together unstoppable charity."

O'Neill, who is a former professor of theology at Iona College in New Rochelle, New York, and served in El Salvador for 30 years, gave the keynote address, telling the group that no matter what the question or how circumstances change, love is the answer. Even when man traveled to the moon and saw the Earth rise on the horizon for the first time, what began as a technological triumph in a nationalistic endeavor to beat the Soviets in the space race changed the way we looked at ourselves.

The fact that love is the answer is written on a universal scale, she said.

"If it takes a whole village to raise a child, it takes the entire cosmos to contain divine love," O'Neill said. "The universe itself is Theotokos, that wonderful Greek word meaning 'God-bearer.' "

Though some fear the unknown, O'Neill said she has embraced it.

"I like questions with no final answers much more than I like answers I cannot question," she said, drawing a round of applause from the crowd.

Later, she told of ministering in El Salvador when a young man from the village she was in was kidnapped and decapitated. When his head was found later, it was O'Neill who brought it to his mother so it could be buried with his body.

After a visit home to the United States, O'Neill brought back a sculpture of the Visitation, when Mary visited her pregnant cousin, Elizabeth. The women of the village were not familiar with the story of Elizabeth or her son, John the Baptist, and wanted to know more, but O'Neill said she hesitated when she realized John the Baptist had been beheaded like the woman's son.

Finally, O'Neill said, she relented and told the story, only to have the woman begin crying tears of joy.

" 'Somebody knows my pain,' the woman said," O'Neill said. "What I thought was going to make her fall apart instead consoled her."

Charity Sr. Grace Hartzog, executive director of the federation, said she was unprepared for how meaningful it was to have gathered so many sisters together. 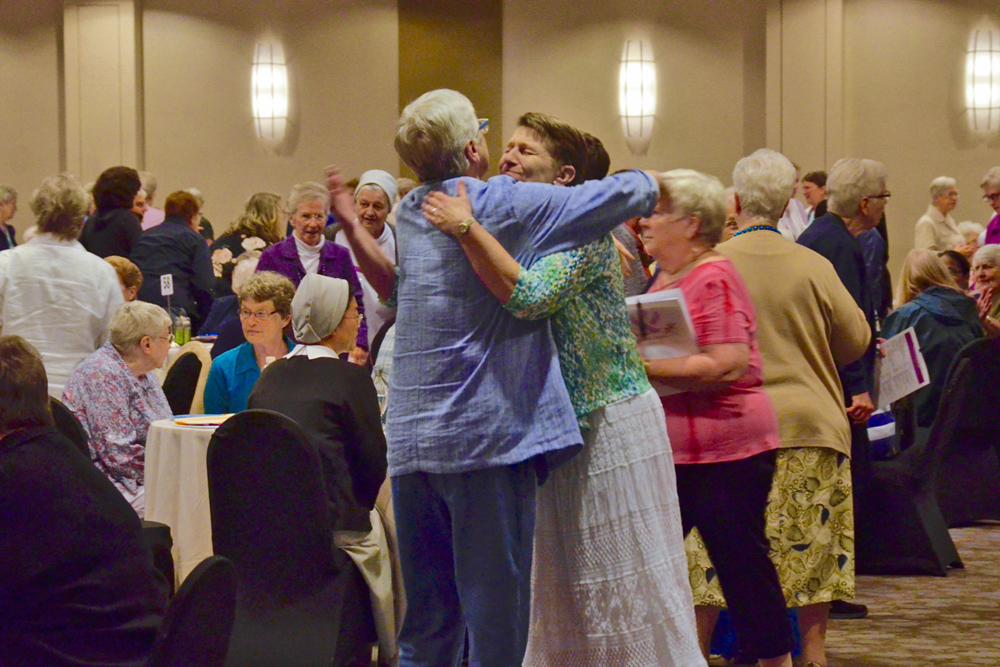 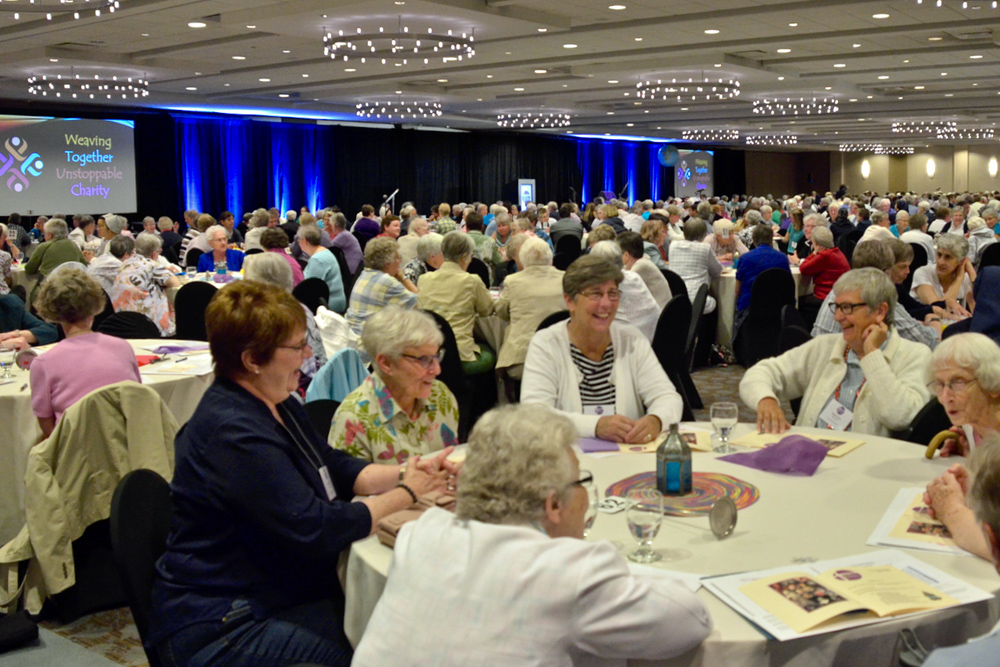 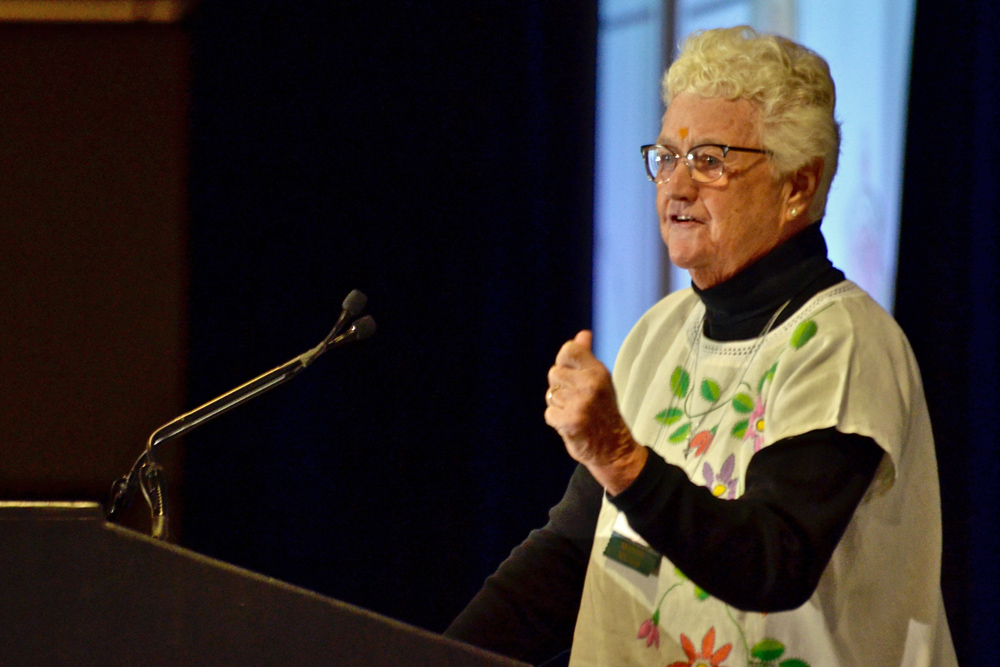