The headlines are always surprising: Vowed religious — admired, emulated and revered — have committed a crime and brought scandal to themselves, their order and the Catholic Church.

But what happens after the headlines go away?

Often, depending on the nature of the transgression and the circumstances, there is treatment to address the gambling or substance addiction, the financial misdeeds or the sexual wrongdoing. But that is only part of the equation.

Within the order, "you're asking, 'Do I really know this person? What is our relationship? What is our mutual responsibility?' " said St. Joseph Sr. Amy Hereford, an attorney and canon lawyer who assists religious communities with their legal needs. "It's a real soul-searing examination of who we are for one another."

"The fracture is not only just to the community, but all the people the community reaches out to and works with," said Franciscan Sr. Dorothy Heiderscheit, chief executive officer of Southdown, a treatment facility for religious with addiction or other mental health issues near Toronto.

The fracture in the relationship can be even harder to heal when the scandal becomes national or global news.

For example, on Dec. 5, 2018, news broke that two Sisters of St. Joseph of Carondelet were believed to have embezzled as much as $500,000 from a Catholic school in Torrance, California. Sr. Mary Margaret Kreuper had been principal at St. James Catholic School, where Sr. Lana Chang had been a teacher.

Kreuper had recently retired, which automatically triggered an audit that found irregularities, the Long Beach Press-Telegram reported. The sisters had allegedly been using the funds for travel and casino trips, a lurid detail that propelled the story into major news outlets around the world.

Kim Westerman, spokesperson for the Sisters of St. Joseph of Carondelet, said the congregation cannot comment on the situation because of the ongoing police investigation, but the community issued a written statement condemning the sisters' actions and saying the order would make restitution.

"As a religious community we will not defend the actions of our Sisters. What happened is wrong. Our Sisters take full responsibility for the choices they made and are subject to the law," the statement said. "We intend to make restitution to St. James School as soon as a total is known. Justice demands this of us."

Justice might demand it, but canon law does not, said Fr. Francis G. Morrisey, a canon lawyer, professor of canon law and frequent author on Catholic issues. He is a priest in the Missionary Oblates of Mary Immaculate and a former president of the Canadian Canon Law Society.

"Unfortunately, there's nothing in canon law about misappropriation," he said. "There is one line that says a parish priest can be removed for bad financial administration, but that's it."

As for restitution, that's up to the community.

"In practice, usually the community covers the debt," Morrisey said. "That's the honorable thing to do, but there's no canon in the code that says that's what they have to do."

'What we're here for is to love one another'

While canon law may not address financial misdoings, it does address scandal. Most often, he said, the part of canon law that prohibits causing scandal is used to discipline priests and religious in cases of sexual abuse because the canons can't list every possible prohibited action, including sexual improprieties.

And while community members with addictions or behavioral problems often get treatment, it can't be required.

"They cannot force a member to go to therapy," Morrisey said. "They can invite them, they can encourage them, but they can't force them. It's considered an invasion of privacy."

But if the member chooses treatment, when that treatment ends, the community still must heal. Feelings of betrayal, anger and embarrassment are not uncommon.

"Most facilities have [facilitators] who help the congregation and the individual once they return back home," Heiderscheit said. "Oftentimes, the sisters in the community have to have help with how they deal with their own feelings, their own embarrassment, their own attitude of what their reputation is after something like this. It's not any different than if a daughter or son or father did something and the family name is besmirched."

Benedictine Fr. Dan Ward, a canon and civil lawyer who specializes in helping religious institutes with issues of membership, governance and finance, said communities will often hold a healing service in which the person apologizes for his or her misdeeds.

"Sometimes we become so taken up with either the legal or therapeutic that we forget one of the bases of our Catholic faith is ritual," Ward said. "I've seen communities where forgiveness is done in a ritual as a way of expressing both the value of the community and the humility of seeking forgiveness."

Hereford said those rituals as well as helping the community face its own responses address what would otherwise fester under the surface.

"They're going to need some formal way of having a conversation, of addressing their personal anger, frustration, surprise, shame and guilt," she said. "One of the nicer pieces of canon law is about reaching out to members of the community that are hurting. It's going after the lost sheep."

Healing the community is also vital for healing the individual, Heiderscheit said.

"Many times, that support from the community is the most important support they can get," Heiderscheit said. "The individual certainly has a good deal of guilt and shame that goes with it, too."

If those areas are not addressed or the person is isolated, the behavior is likely to return, she said.

"You don't accept the behavior, but you accept the person. You don't isolate them, and you don't allow them to isolate themselves," Heiderscheit said. "If I see a community isolating someone, I ask what's going on because that's not what our sisterhood is about."

Hereford said these issues can often become a call for renewal and commitment to the value of religious life for the community.

The Sisters of St. Joseph of Carondelet said in their written statement that canonical restrictions have been imposed on Kreuper and Chang.

"The two Sisters are removed from all public ministry. They have been removed from their residence, placed in a religious house under the supervision of community leadership, and their freedom of movement is confined," the statement said.

Adrian Marquez, director of media relations for the Los Angeles Archdiocese, said business as usual continues at the school, and officials are waiting for the police investigation to conclude.

Whatever the issue and whatever the remedies, Heiderscheit said, religious communities are about healing.

"One thing we religious have in our favor is we have a faith and a value system and a belief system that says what we're here for is to love one another and care for one another in the good times and in the bad times," she said. "The fact that we pray together and we have a common bond and a prayerful support system, that really gives communities the most strength when it comes to how you handle it."

Ward said situations in religious communities cannot and should not be dealt with the same as those in, say, a workplace. 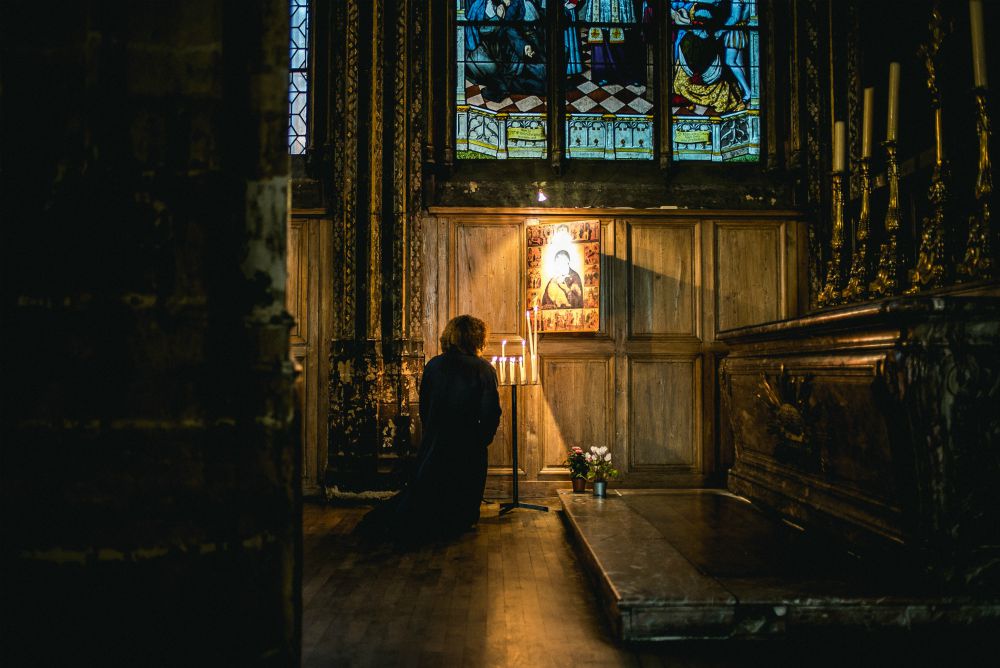