There's not much unusual about a community of women religious holding its general chapter, since they are required by canon law. But there won't be much in the way of usual for the upcoming June 1-3 assembly for the Franciscan Sisters of Perpetual Adoration in La Crosse, Wisconsin.

There will be no keynote speaker and no special guests. There will be no strategic planning. Most notably, the assembly, which is held every five years, will include invited members of the general public.

Sr. Karen Lueck, the community's president, said the assembly will incorporate Appreciative Inquiry, a method based on asking instead of telling, into its process.

"The biggest thing about Appreciative Inquiry is that it's based on the idea that what you focus on becomes your reality," she said.

Rather than asking what problems they need to work on over the next four years, the sisters and their affiliates are asking themselves and the public what goodness they see in the world to discuss at the assembly, which is themed, "A Revolution of Goodness."

Sr. Eileen McKenzie, a member of the assembly planning committee, said the sisters aren't ignoring problems; they're simply changing the way they look at them.

"It's not a Pollyanna worldview," McKenzie said. "As Franciscans, we believe God's goodness is everywhere. By focusing on that, we're engaging the world differently. ... It's saying, 'We're hungry for goodness, and it's here. If you can't see it, then let's look for it together.' "

Another committee member, affiliate Rosalie Hooper Thomas, said the method is returning the community to its roots.

"If we focus on the good in people, the other [people around us] can heal," Thomas said. "This is really calling us to step forward and live out the mission of the FSPAs."

Affiliate and committee member Mike Schnitzius said one of the most radical parts of the process is that sisters and affiliates were instructed to go to the public and interview someone they did not know well. Interviewers were to ask the goodness their subjects saw in the world, not about the problems.

"I interviewed the mayor of my hometown, and we had the most interesting hour and a half you can imagine," Schnitzius said. "We had a depth of conversation that was really quite amazing."

Planners initially expected to choose from among those interviewed a few people to invite to the assembly. When they realized they couldn't decide who to leave out, they invited all of them.

There are about 200 Franciscan Sisters of Perpetual Adoration and about 275 affiliates; they conducted a total of 136 interviews around the United States, plus a few in Cameroon and one in Canada. Approximately 150 sisters and 100 affiliates are expected to attend, as well as 56 of the interviewees and a handful of convent staff.

Lueck said as the number of sisters has fallen, more and more laypeople have taken up their work, and the Appreciative Inquiry process better includes them in the assembly's goals of setting the path for the future. There has been fear at times, she said, because it is a mystery as to how it will all work out, but she said she has come to embrace that mystery.

"It's the same way with our missions," Lueck said. "We fear we can't do this or can't do that because we don't have the [huge number of] sisters anymore, but you look around, and there's all these people carrying out our mission."

McKenzie said there has been something profound happening through the process, especially in the interviews.

"I can tell you what I heard, but I can't really convey what happened," she said. "At our last assembly, we decided to 'risk boldly the future,' and I feel like we're really doing that."

Lueck said this is the first assembly where, except for electing leadership, affiliates will be on the same footing as sisters, giving them input throughout the process. Susan Weber, who evaluates projects for the Lilly Endowment in Indianapolis, will facilitate the process.

Not producing a written plan or statement for the years ahead will "be a challenge for people who want something concrete," Thomas said.

The process is also a recognition that as missions have become sponsored ministries and sisters have been supplanted by laypeople, the laity should be a partner in all aspects of the ministry, not just the labor, Lueck said.

"We would spin off a ministry, and [the laypeople involved] would say, 'How are we going to do this? How are we going to take this on?' and we keep saying, 'You're not taking up the call. We all have the same call,' " Lueck said.

McKenzie said the sisters have had to deal with change, too.

"The sisters are having to learn to be in this together with the laity," she said, "because for years, the sisters have been calling the shots."

Schnitzius said the Appreciative Inquiry process brings all of those things together.

"I think you're seeing a real transformation in terms of religious community," he said. "Shared responsibility: That's happening here in a way that's really pretty remarkable."

Thomas said religious life has always been seen as something separate or apart from the world until the Second Vatican Council called on religious to go out into the world and for the laity to be involved as partners.

"Dynamic religious life is not on a pedestal or behind the walls. It's real," Thomas said. "When you're open to the Spirit, there's going to be grace."

Global Sisters Report spoke with four of the 10 committee members, and each said there has been trepidation at times, but the discussions have already changed the way they look at things.

"We're trying something different," Schnitiuz said. "This is not normal. The dynamic with this process is very different, and it's challenging."

Lueck said it has even changed the way she views leadership.

Thomas said as profound as the process has been so far, she can't wait to see what the actual assembly brings.

"It's going to be powerful," she said. 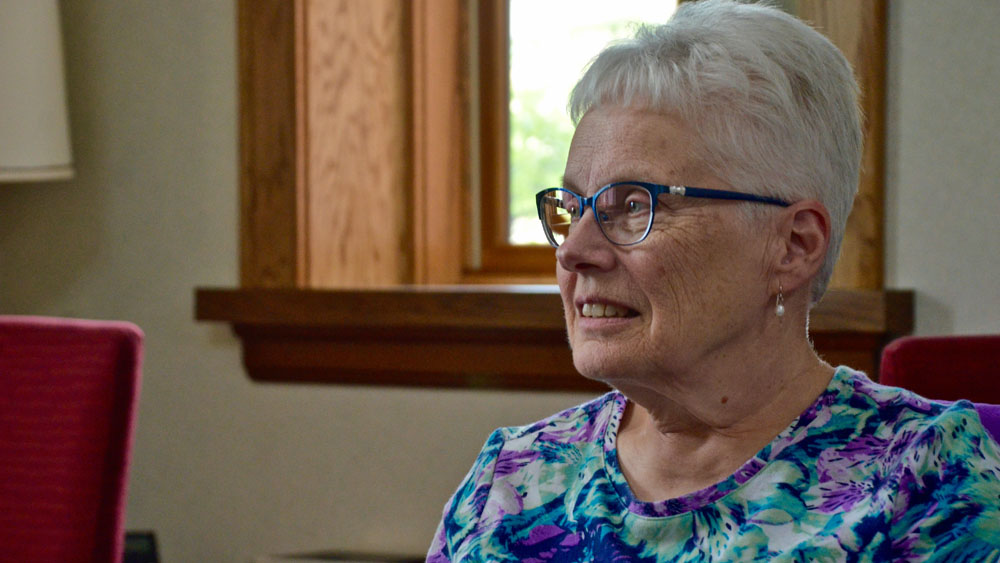 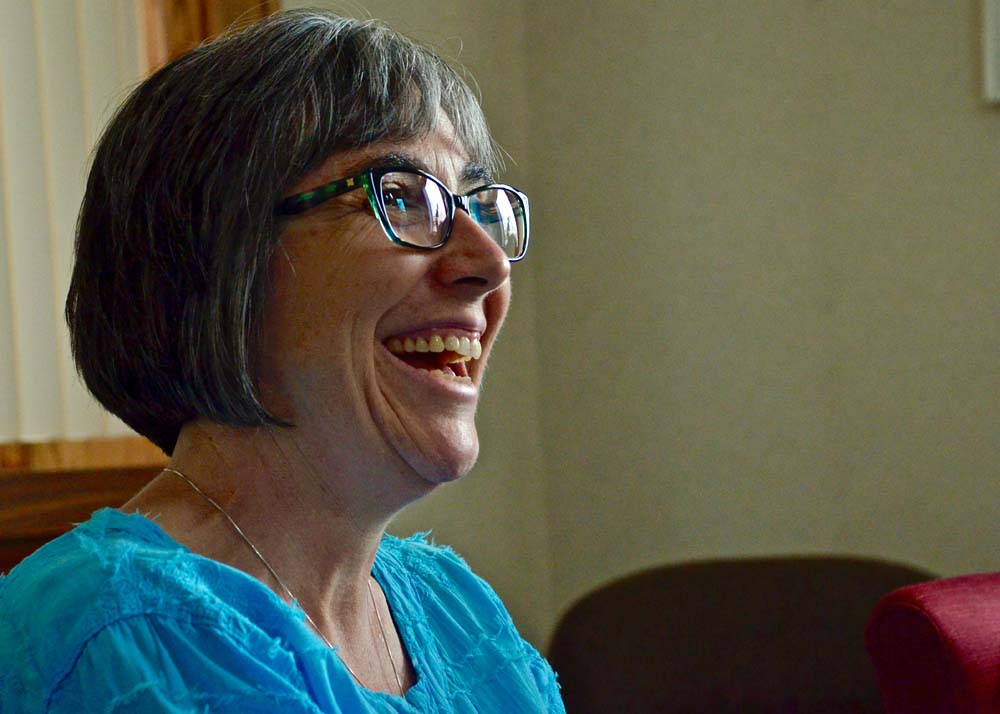 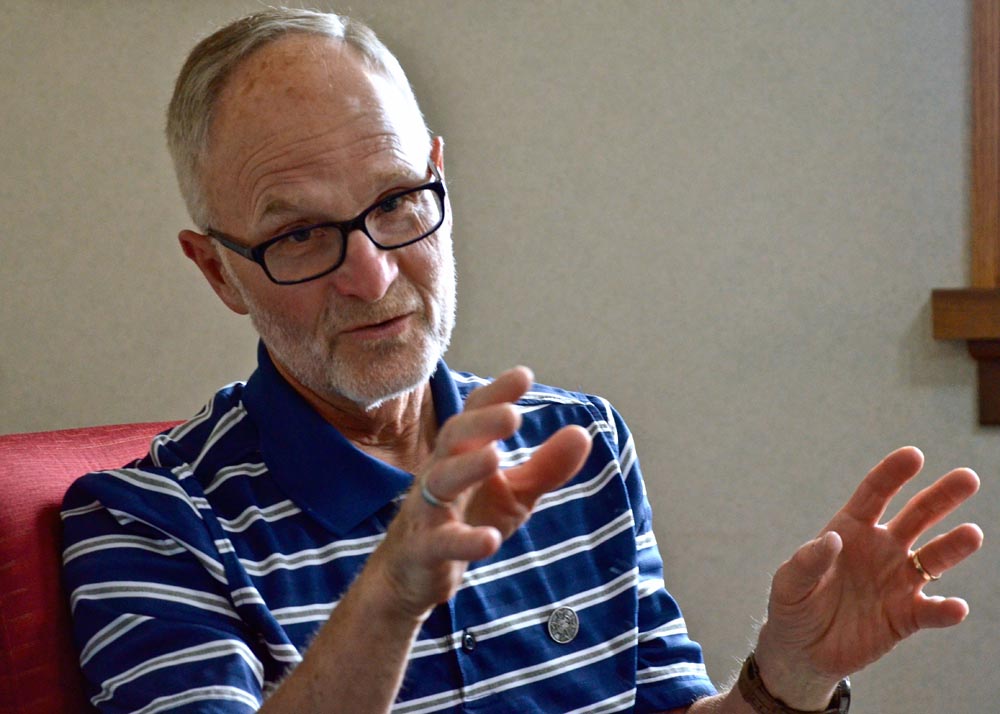 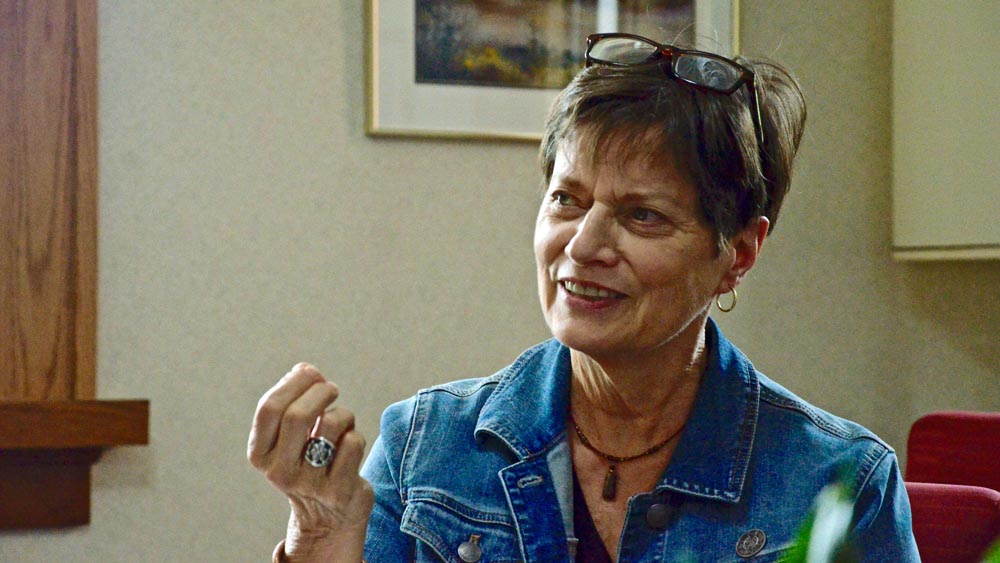