It was a sunny December day in 1923 when word began to spread first among the panicked sisters, then through the town: St. Rose Convent, the motherhouse of the Franciscan Sisters of Perpetual Adoration in La Crosse, Wisconsin, was on fire.

The fire started on the third floor and outraced the fire department's attempts to control it, spreading quickly through the building, some of which dated to 1871.

But when the fire got to the entrance to the community's Maria Angelorum Chapel, it stopped, said Sr. Sarah Hennessey*, the congregation's adoration coordinator. Just outside the chapel doors, Mother Ludovica Keller had placed a statue of St. Michael the Archangel and prayed to the angel to protect the community chapel and the adoration chapel beyond.

And in the adoration chapel, the sisters continued their prayers and eucharistic adoration uninterrupted, despite the fire raging just outside. Today, the doors of the chapel remain smoke-stained, but no damage occurred beyond where the angel still stands.

By then, the adoration had been unbroken, continuing day and night, for 45 years. This year, on Aug. 1, it will have continued unending for another 95.

Today, no one would be allowed to stay in the chapel during a fire. But the sisters have detailed plans for any emergency, day or night: The chapel would be evacuated and the Blessed Sacrament taken across the street to San Damiano Chapel at Viterbo University, where adoration can continue safely and uninterrupted.

Eucharistic devotion has been practiced for hundreds of years, but the practice in La Crosse is as much about the prayers being offered as it is about the adoration of the Blessed Sacrament: The sisters get 30,000 prayer requests a year.

"They come from all over the world," Hennessey said. "India, Nigeria, Latin America, all over the United States."

Many requests are repeated, and being privy to someone's pleas to God creates an intimacy between the requestor and the sisters praying, even when they are complete strangers.

"It's like being a witness to someone's most vulnerable moments with God. It's quite an honor to be trusted with their prayers, but they're not talking to me, they're talking to God," Hennessey said. "There's a woman in Wisconsin who wants us to pray every morning for her co-workers and her cats. I feel like I'm part of her life."

Those making the prayer requests feel that intimacy, as well: A woman sent daily requests for her dying mother, even sending updates from the hospital as her condition worsened. When her mother died, she sent a thank-you note and invited the sisters to the funeral — in Singapore.

After praying for a woman in Nigeria through her pregnancy, the sisters sent a card for the child's baptism, and the mother sent back photos from the ceremony.

"One hundred and forty years! It's mind-boggling," said Sr. Mildred Tigges, who spends several hours per week in the adoration chapel, including evenings and overnights. "I try to wrap my head around the gift that it is. It's just pure gift."

That belief has made nearly a century and a half of adoration possible.

"When I'd come home [from missions] in the summer, I could take some hours, and that was a privilege because you couldn't when you were out at a mission," Tigges said.

Sr. Antona Schedlo spent 31 years in the mission field, so she now relishes the chance to spend hours in the chapel.

"I had been gone so long I never had a chance to really appreciate it," Schedlo said. "I always take the night hours. It's quiet, and I couldn't ask for more."

Through bishops and high water

The sisters wanted to begin perpetual adoration when they arrived as part of the Third Order of Secular Franciscans in Wisconsin in 1849 from Bavaria, Germany. They had come to the United States to spread the Gospel among German immigrants through education, caring for the poor, and, when they were able, perpetual adoration.

But in 1856, Milwaukee Bishop John Martin Henni sent the sisters to provide housekeeping duties at the new diocesan seminary. The work was so overwhelming they were unable to develop a proper religious life and left the Third Order of Secular Franciscans to form their own community, the Sisters of St. Francis, in 1860.

In 1864, they moved to Jefferson, Wisconsin, and in 1871 to La Crosse. But then there was a new obstacle: La Crosse Bishop Michael Heiss didn't think the sisters were up to the task of maintaining a round-the-clock vigil, as it would impose too great a burden on them. After several rejections, the sisters began to pray two at a time for two-hour stretches to prove they could do it.

At 11 a.m. Aug. 1, 1878, the Blessed Sacrament was exposed, and the adoration began. The sisters changed their name to the Franciscan Sisters of Perpetual Adoration to make their devotion part of their identity.

In the more than 51,000 days since, the prayers have continued through influenza outbreaks, two world wars, and the Great Flood of 1965, which flooded much of La Crosse and other river towns nearby. Though the record floodwaters threatened to make thousands homeless, they did not approach St. Rose Convent, and the sisters continued their prayers.

In the 1990s, another challenge arose: The declining number of sisters made covering all the time slots difficult. Because at least two people are needed for every hour of the day, there are more than 300 spots a week that must be filled. So the congregation turned to the La Crosse community and invited laypeople to join them. Today, 90 sisters fill about two-thirds of those spots, and the rest are filled by prayer partners from the community.

The prayer partners not only make continuing perpetual adoration possible, the sisters said, they are a gift in themselves. Tigges said her favorite time slot is weekday afternoons when prayer partners are present.

"They're just absolute marvels," Tigges said. "I wouldn't trade it for anything."

One of those prayer partners is Mary Wetterling, who signed on in 1999.

"That was also the year my oldest granddaughter was diagnosed with cancer," Wetterling said. "I really, truly believe these nuns and their prayers are the reason she's alive. The doctors gave her a 3 percent chance of surviving."

Wetterling became a prayer partner at the urging of her aunt, who was a Franciscan Sister of Perpetual Adoration.

"It's brought so much more joy to my life," she said. "This is my happy place."

The gift of adoration is also a gift Wetterling can give others.

"I've become much more aware of how the Holy Spirit works in your life, how when you need help, there will be someone there to help you, how you can bring joy to someone's life," she said. "Many people I know will ask me personally for prayers. ... They know I pray here, and they say they can feel that, that they can feel that power in their life."

Prayer partners don't have to be Catholic, but they have to be sincere in their belief in God. Sr. Patricia Tekippe said one prayer partner is a member of the Church of Jesus Christ of Latter-day Saints.

"They said, 'Every time I walk out of here, I am just so grateful I get to do this,' " Tekippe said.

'The sisters in La Crosse are praying for you'

While the sisters say they are honored so many people trust them with their prayers, it also means the ornate, two-story adoration chapel is the collecting point for the pain, sorrow and needs of thousands.

"I just have to give it to God," Hennessey said. "The hardest ones are when children are in danger or people are suicidal. ... One thing that helps is I get dozens of thank-you's every day. You hear what prayer has done."

Schedlo said all the sadness in the prayer requests doesn't make the chapel a place of grief, but a place of strength because God hears each request.

"There really is a lot of injury and cruelty in the world, but it's good that they are asking for help," she said.

Tigges said that increases her own faith.

"It gives us something to hang on to," she said.

Even when the sisters can't be in the chapel, knowing people are there praying sustains them.

"I was working the overnight shift at a women's shelter in the Twin Cities. And when a woman comes to you at 3 in the morning, talking about suffering terrible abuse, what do you say to her?" Tekippe said. "But you know two sisters are there praying for you, so you say, 'The sisters in La Crosse are praying for you and me right now.' "

Hennessey said there's another factor to consider: God already knows what's in the prayer requests, which makes the prayers as much about the adorers as they are the requestors.

"The catechism said God already knows what we're praying for," she said. "I think [prayer] changes us — which is the whole point of prayer."

*An earlier version of this story gave an incorrect first name for Hennessey. 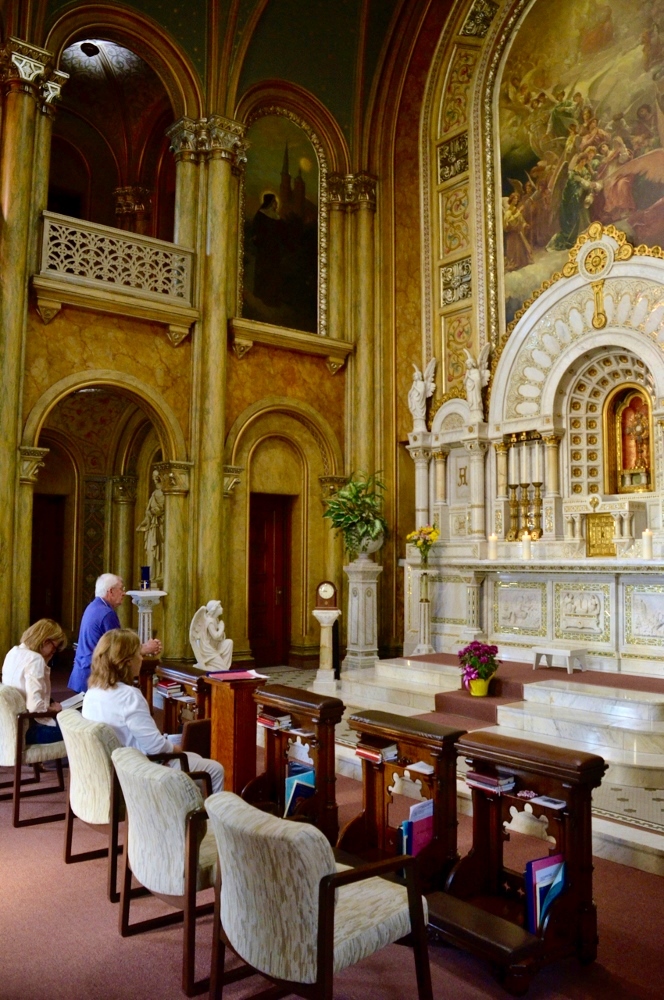 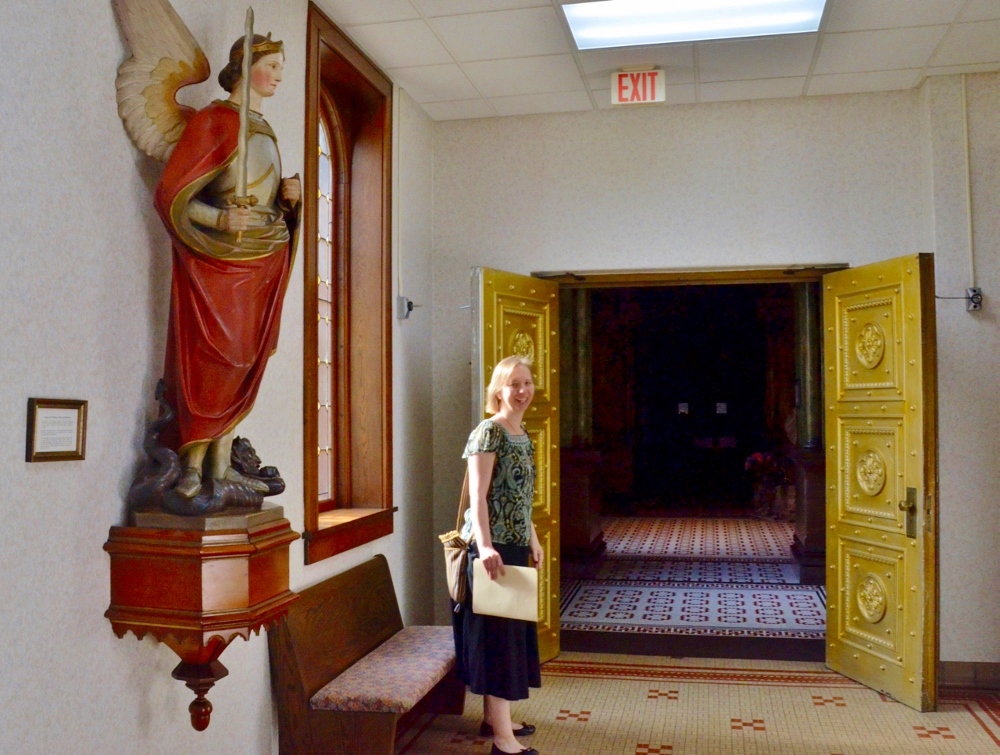 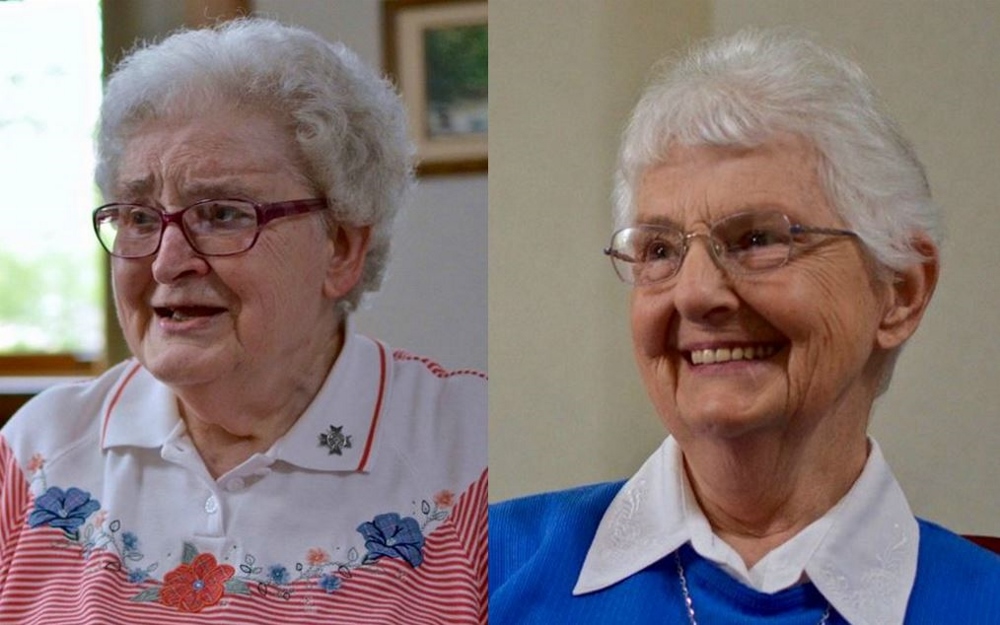 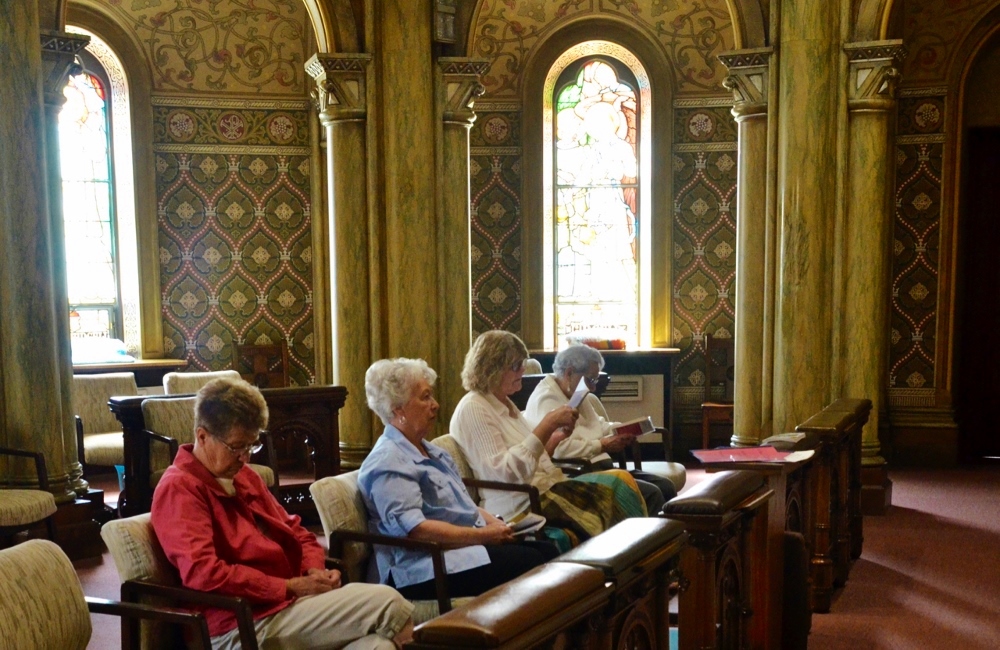 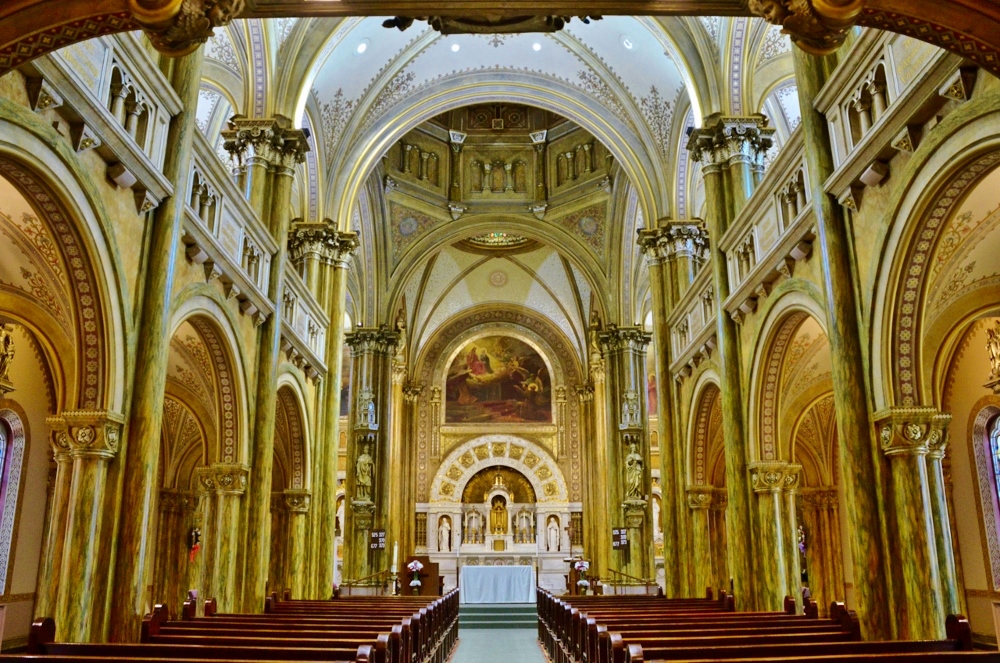 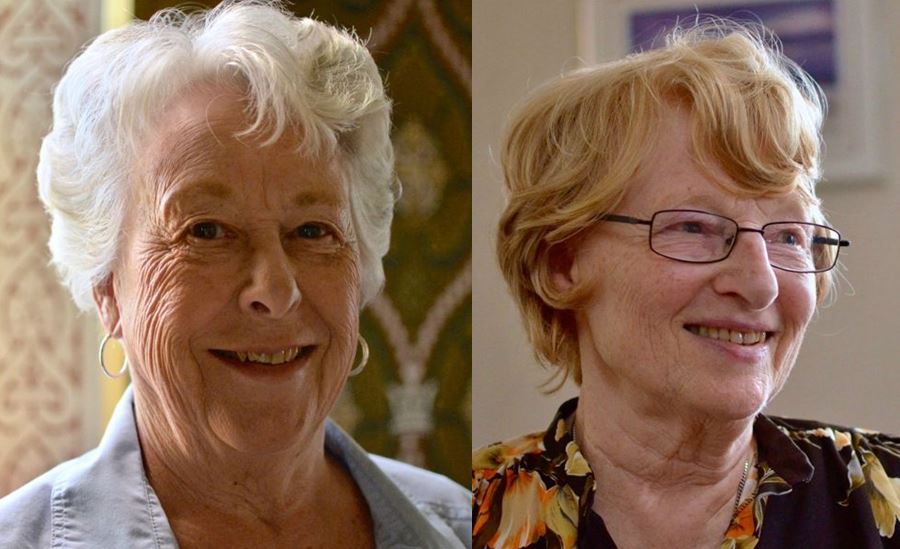 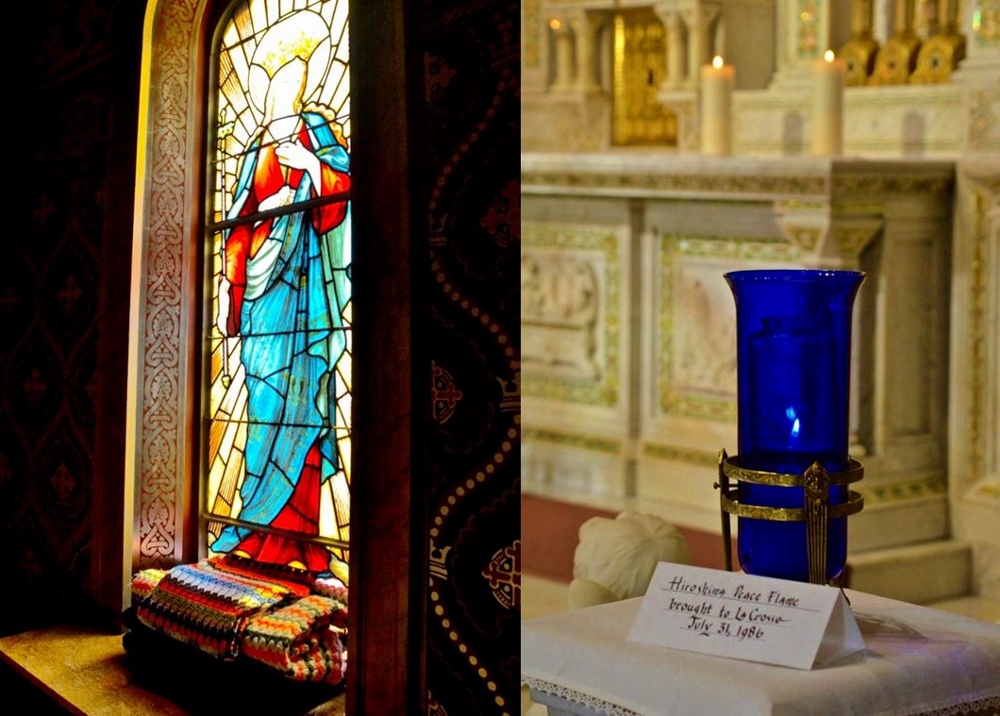 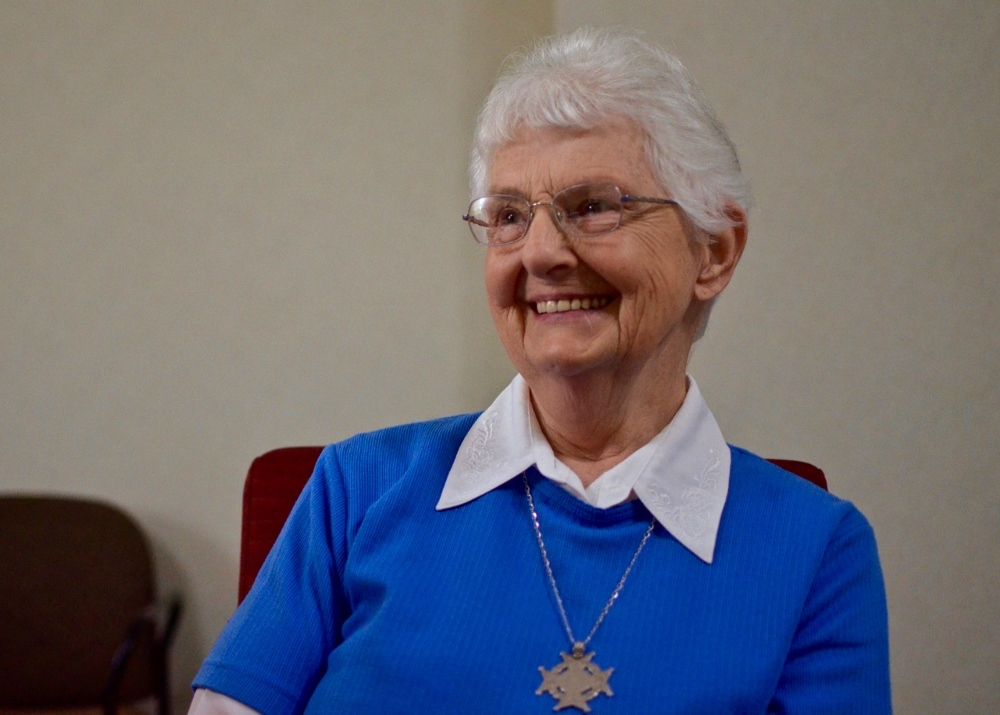 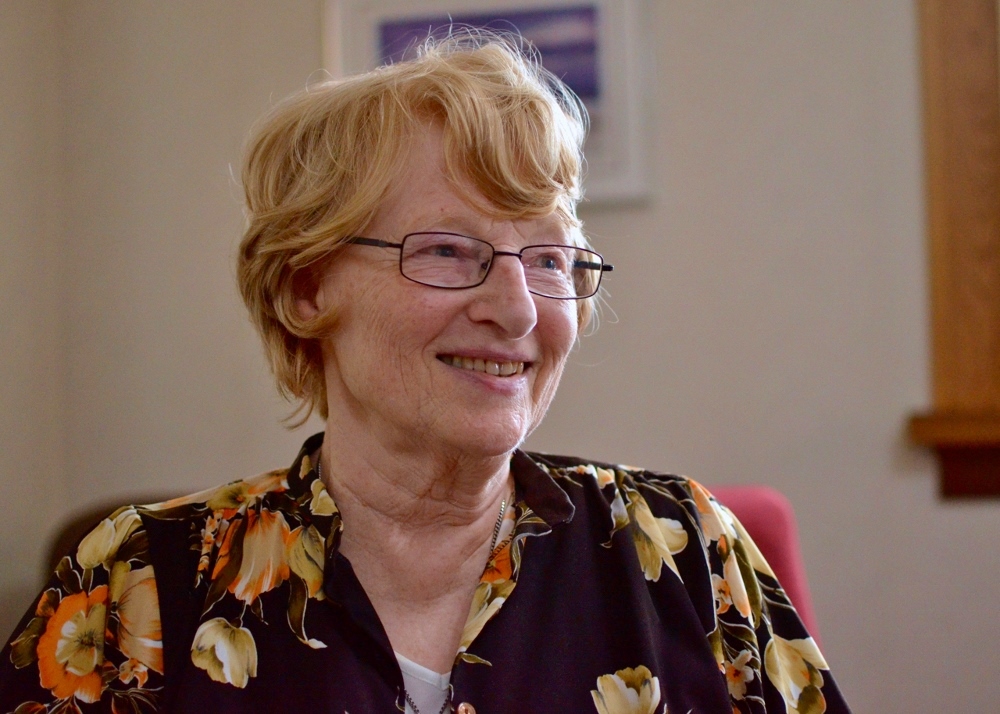 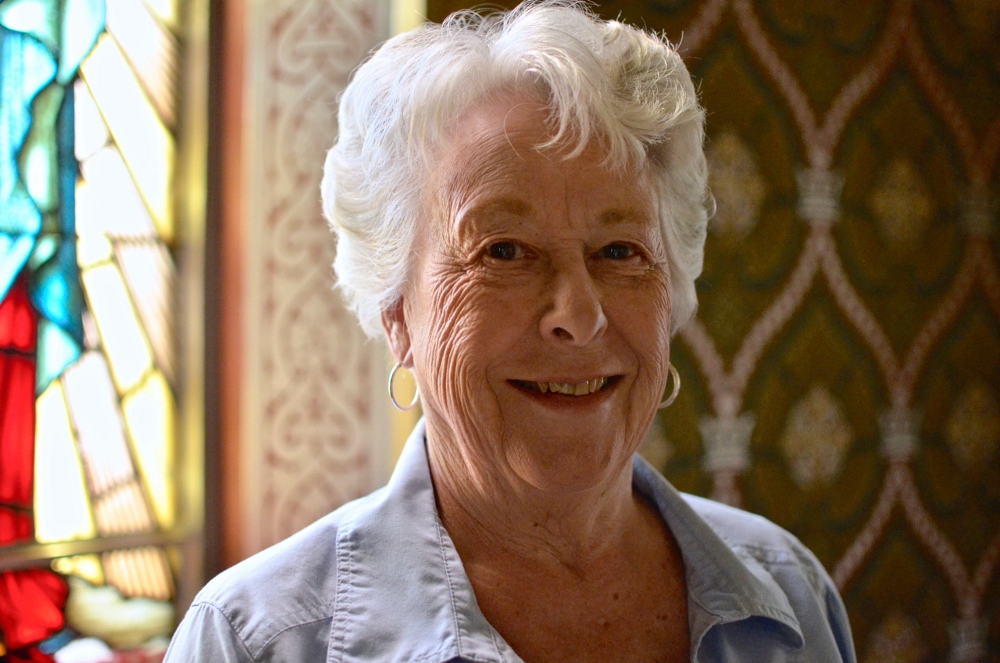 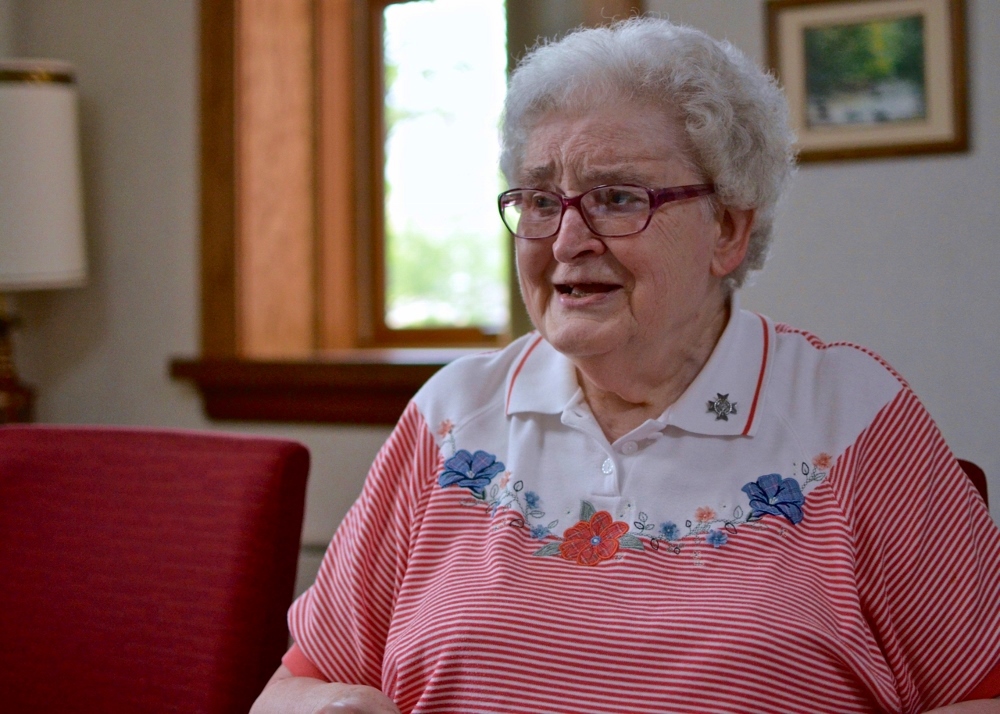