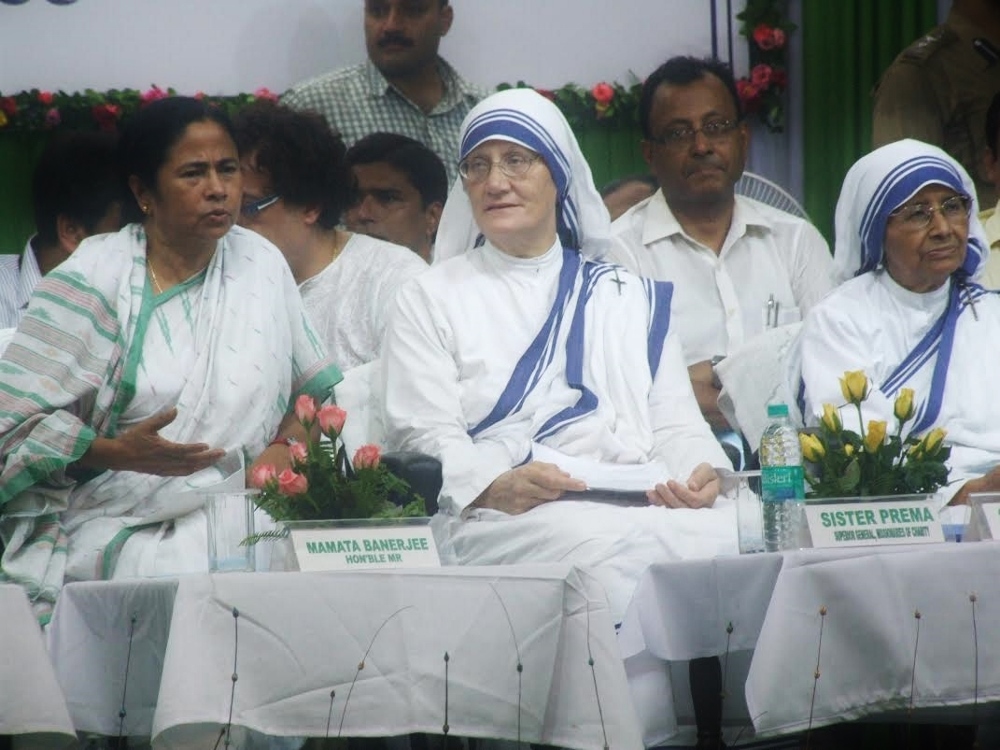 Kolkata, India — News that Pope Francis signed the decree setting a date for Mother Teresa's canonization has cheered people of Kolkata, an eastern Indian city that the world renowned nun had made her home for more than half a century.

On September 4, Blessed Teresa of Kolkata will be raised to the status of a saint in the Catholic church. The ceremony will take place in the Vatican, during the Sunday Mass celebrated as part of the Jubilee for workers and volunteers of mercy.

Pope signed the Decree of Canonization of Mother Teresa and four others.

Members of the Missionaries of Charity community that the "saint of the gutters" founded in 1950, as well as people in Kolkata say the canonization will bring great changes in the city as well as in the world.

Missionaries of Charity Fr. Brian Kolodiejchuk, the Postulator for the Cause of Mother Teresa, issued a statement soon after the pope announced the date. The entire Missionaries of Charity family "rejoices and is grateful to Pope Francis for this significant event in its history and in the life of the Church during this Jubilee of Mercy."

The canonization during the Special Jubilee of Mercy has special significance, he said. "With her canonization, the Church presents her as a model and intercessor of those who, like her, long to light the fire of love and peace throughout the world." She can be taken as a patron saint especially for those who are most in need of God's mercy, the priest added.

Pope Francis cleared way for the canonization on Dec. 17, 2015, when he recognized as a miracle the healing of a Brazilian man's multiple brain abscesses through Mother Teresa's intercession.

Archbishop Emeritus Henry D'Souza of Kolkata, a close associate of Mother Teresa for more than three decades, hopes he will live to witness the day of her canonization. 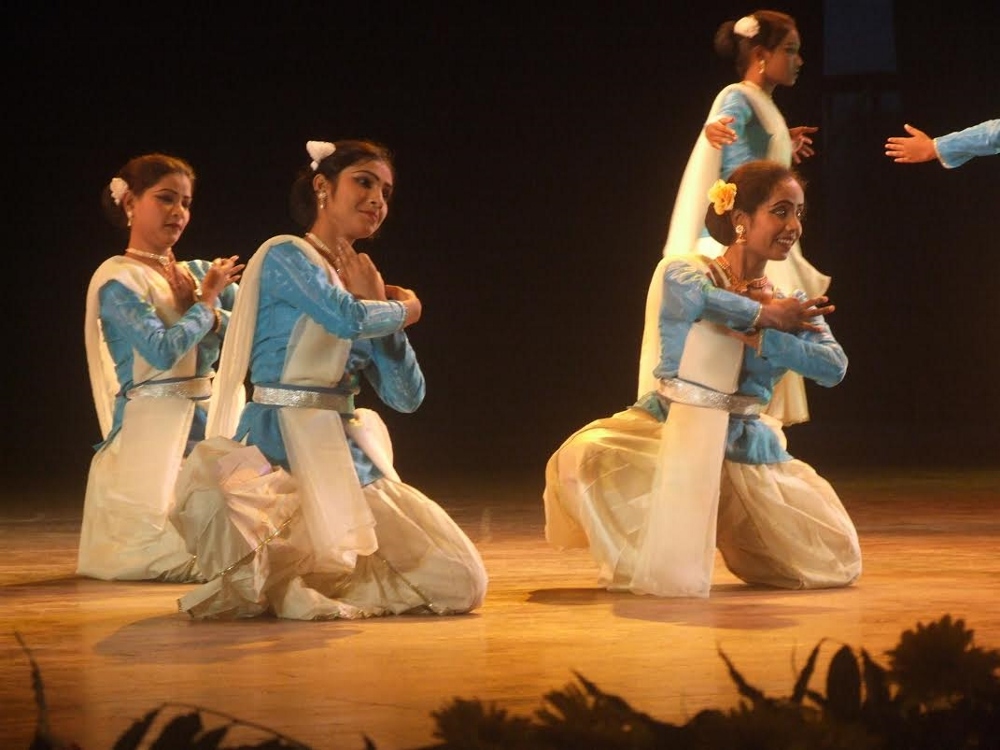 A dance tribute to Mother Teresa by the children from Missionaries of Charity homes in Kolkata. (GSR photo / Julian S. Das)

"I am sure Mother Teresa will bless me with the grace to see her being raised to the altar from Blessed to Saint Teresa of Kolkata," the prelate, who recently celebrated his 90th birthday, told GSR.

He said he came to know Mother Teresa closely in the 1990s when she was hospitalized after surgery. "She would send her sisters in the afternoon back home to spend one hour before the Blessed Sacrament," said the prelate, who now resides at the Vianney Home, the archdiocese's infirmary.

He recalls Mother Teresa saying that her sisters would not be able to see Jesus in the poor if they did not see him first in the Blessed Sacrament. He considered it a big lesson that he learned from her.

Andrew Sandiland, 65, a volunteer from Spain at one of the Missionaries of Charity homes in Kolkata, says he believes Mother Teresa became a saint from the time she began working miracles in the lives of people. The canonization, he added, recognizes the saintly nun's work for the most disadvantaged people.

Lipika Das, who was brought up by the Missionaries of Charity sisters, struggled for words when she heard about the canonization news. "I am what I am today, thanks to what Mother had done in my life, and I will ever be grateful to her," the 26-year-old teacher told GSR. The nuns had found her sick when she was 6.

She said she was fortunate to study at St. Mary's School in the Entally neighborhood, where Mother Teresa had taught as a Loreto nun. Das now teaches at Auxilium Parish Primary School residing at Missionaries of Charity sisters' Prem Dan (gift of love). She says she has been experiencing God's blessings through Mother Teresa's intercession from the time of her beatification.

Das also teaches dance at the Missionaries of Charity School at Motijhil, the first non-formal school Mother Teresa founded in 1949 for children living in slum conditions. Das said she hopes to organize a dance program with all the students to honor her, as she is "part of our lives."

Mother Teresa was beatified in the Vatican on October 19, 2003, after Pope St. John Paul II recognized the miraculous healing of Monica Besra, an Indian woman with a tumor in her abdomen. 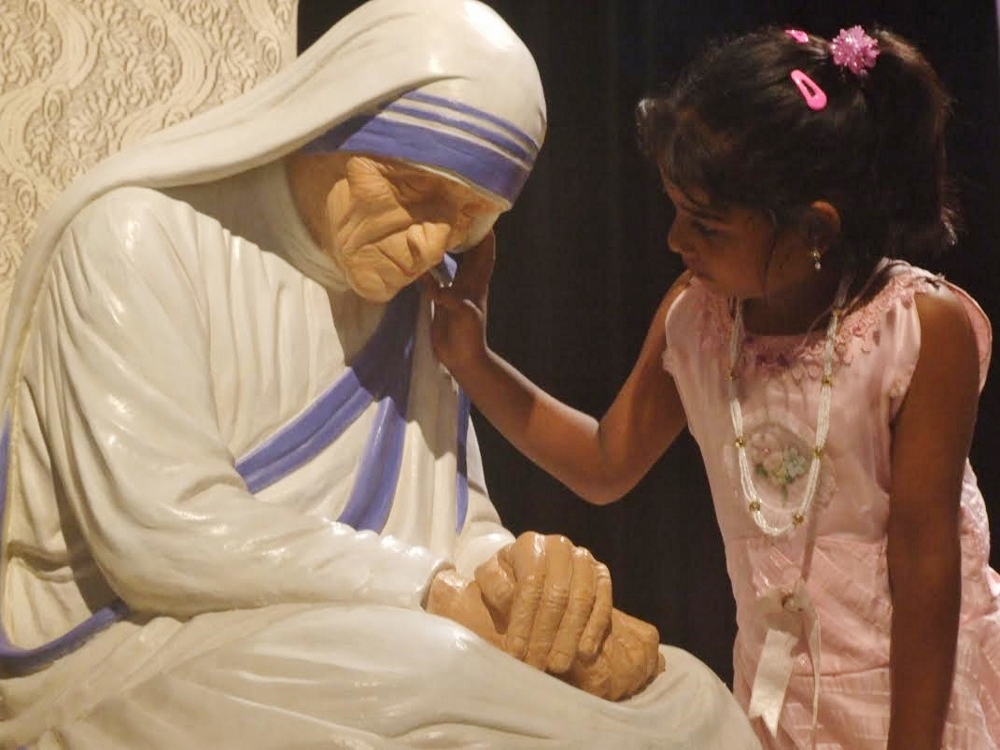 A human touch: a girl caressing the statue of Mother Teresa during an exhibition on Mother's birth centenary in Kolkata. (GSR photo / Julian S. Das)

According to him, the canonization will help people in Kolkata "to go through an experience of love and mercy for which she was known" during the Year of Mercy.

Anthony joined CAB in the year Mother Teresa was beatified. "The celebrations then had a huge spiritual impact on me and many others. The canonization will surely change many lives forever," he told GSR.

The Missionaries of Charity nuns say Mother Teresa's canonization will help carry her message beyond borders.

Sr. Mary Christie, spokesperson for the Missionaries of Charity Sisters, notes a renewed interest in Mother Teresa at the time of canonization. It will help assure people that they are created to love and to be loved, the nun told GSR.

Mother Teresa's message has great importance to a world suffering from violence, indifference, loneliness and lack of faith. The canonization highlights in concrete and practical ways the living out of God's mercy in this Jubilee Year of Mercy, sisters in her order say.

The congregation has begun preparations for the September event. "We are preparing through prayer, study of Mother's words and effort to live our charism wholeheartedly," Christie explained.

They nuns also say the canonization will embolden them to go to frontiers. "We choose to stay with those under our care, sharing the same risks they face, entrusting ourselves and them into God's hands," the spokesperson said.

The announcement of canonization came 11 days after the killing of four Missionaries of Charity nuns and 12 of their helpers at a home for elderly in Aden, Yemen.

Currently, more than 4,000 members of the Missionaries of Charity work in over 120 countries. Christie says they all believe the canonization encourages them to continue their service to the spiritually and materially poorest of the poor around the world.

[Julian S. Das is a Jesuit priest, former editor of the Kolkata-based The Herald, and director of Chitrabani media center. He is currently the acting socius to the Jesuit provincial of Calcutta. This article is part of a collaboration between GSR and Matters India, a news portal started in March 2013 to focus on religious and social issues in India.]