Sr. Maudilia López describes her journey to join the church as a "personal project" she began at age 9.

At that age, she did not know what was required to become a sister. She lived in Comitancillo, about 35 miles (56 km) outside San Miguel Ixtahuacán, and spoke only the Mam language. She did not attend church. She worked every day in a pottery factory. She just wished for a better life. She grew up in family fraught with domestic violence. She had dreams of liberating her mother and herself from her father.

Lopez was 12 when a priest stopped by Comitancillo to recruit young women to become nuns. She and 14 other girls began attending his Bible class. At 15, Lopez decided to become a sister. She took her vows in August 2003 with the order of Hermanas Guadalupanas de la Salle. The priest told her the order was progressive and would let her explore Mayan and Christian spirituality. She had learned of other opportunities open to women, but by then she had already made up her mind to be a nun.

"My life took me down a religious path, so I could help mothers and children in need," Lopez, 44, said. "I took my vows with this order because the spirit of the order is a free one. I was able to choose to learn about Maya ancestral beliefs and incorporate them into my spiritual life. Hermanas Guadalupanas gave me the freedom to explore my spirituality."

Today, Lopez is the only nun in San Miguel Ixtahuacán. She has almost completed a masters' degree in social anthropology at a university in Quetzaltenango, Guatemala's second largest city and a four-hour bus ride from San Miguel Ixtahuacán. She attends classes twice a week. Someday, Lopez wants to organize Mayan and Christian spirituality into one belief system and found a new order of sisters that indigenous women can relate to more readily than existing orders.

"I want indigenous people to fall in love with Earth and their own roots not just follow European and North American beliefs that have nothing to do with our culture," Lopez said. 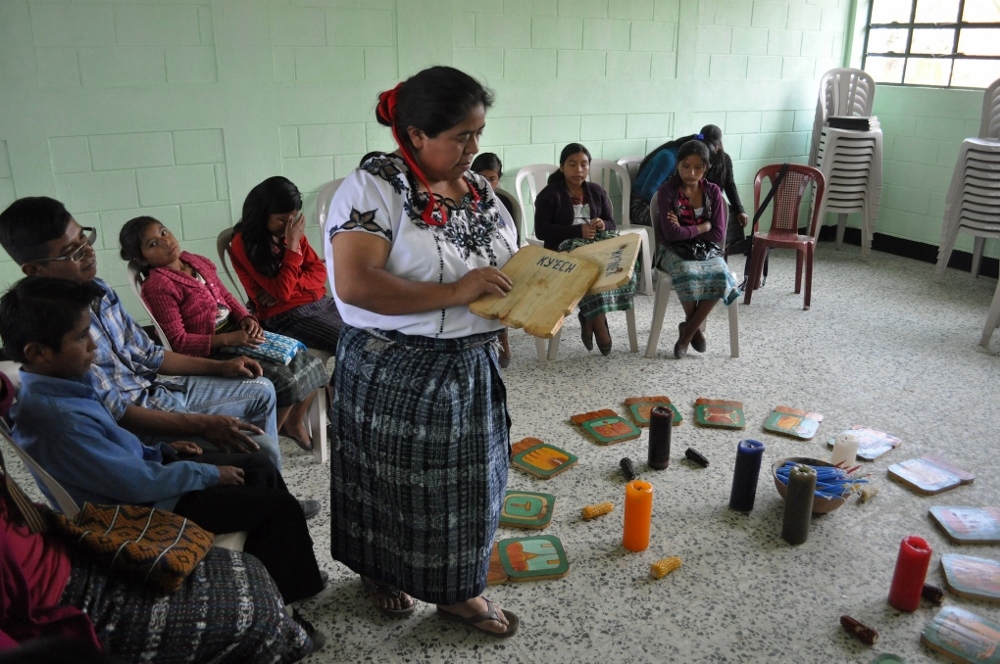