Eight years ago, before she was the academic dean at Catholic Theological Union, Dominican Sr. Barbara Reid had an idea. She wanted to create a work of feminist biblical interpretation that would delve into every book of the Bible — something that had never been done before.

Reid pitched her idea to editors at Liturgical Press, who were excited and gave her the green light. Reid assembled an eight-woman board of feminist scholars to help her coordinate the project, and in November, the first three of what will ultimately be a 58-volume series of feminist biblical commentary were published: Hebrews, Haggai and Malachi, and Micah.

Titled the Wisdom Commentary — a nod to both the figure of Woman Wisdom as portrayed in the Bible and to the oft-ignored wisdom of female biblical interpreters — the series features authors from a diverse array of religious, racial and cultural backgrounds, including Korean United Church minister HyeRan Kim-Cragg and International Council of Christians and Jews past-president Deborah Weissman.

It's an effort, Reid said, to mirror the very same inclusive society that mendacious structural powers have historically used the Bible to suppress.

"We want to illustrate that there's no one feminist way of interpreting the Scripture and that, just like other biblical scholars, feminist biblical scholars have more than one way of understanding the text as well," she said, adding that in some instances, a single volume of the Wisdom Commentary will highlight dissenting viewpoints.

The Wisdom Commentary isn't introducing a new way of understanding Scripture. In fact, Reid is keenly aware that the series is carrying a torch lit almost two millennia ago: In her editor's introduction to the Wisdom Commentary, Reid notes that one of the first women to openly question the use of Scriptures to support patriarchal structures was a second-century consecrated virgin named Helie who refused to accept that Paul's first letter to the Corinthians made marriage compulsory.

However, Reid hopes that by its unprecedented scope, the Wisdom Commentary will showcase the best of current feminist biblical scholarship and inspire more people to join the ongoing conversation. Schüssler Fiorenza and Brenner-Idan both serve as editorial consultants for the project, and Schüssler Fiorenza is penning the volume on Ephesians.

Reid said she hopes this series will prove to skeptics that looking at the Bible through a feminist lens isn't a fringe activity.

"Feminist biblical interpretation is not something far out and strange," she said. "It has now become so widely a part of how we do biblical interpretation that I had no trouble finding enough authors to do these volumes. It's really taken its place at the academy, and newer biblical scholars are very familiar with it and know how to do it."

That being said, Reid knows that feminist theology is still relatively new and that, as a result, much more work will need to be done to advance a Scripture-based vision of inclusive dignity and equality even after her series. In the meantime, however, she said she's felt the Holy Spirit at work throughout Wisdom Commentary's creation process.

"I think one of the things the Spirit does is bring newness to birth," Reid said. "She's a creative Spirit who brings joy and delight. And I've felt that very strongly throughout this project — the creativity that she is inspiring and the delight that she is unleashing in being able to share more widely these very important perspectives that are being put forth in this commentary series."

The fourth volume of the Wisdom Commentary series, a study of Baruch and Jeremiah, comes out next month. Afterward, Reid expects six to eight volumes to be published every year until the series is complete. 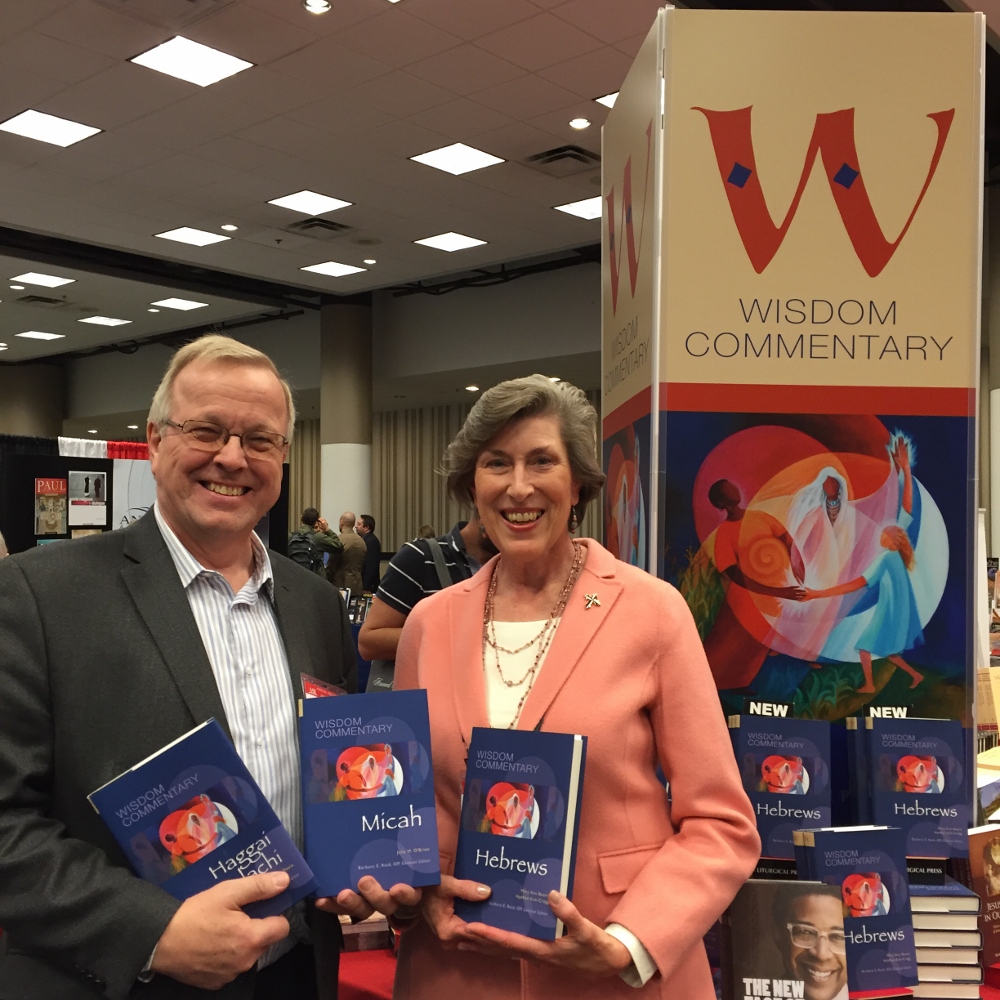