For many people, Sr. Helen Garvey, a Sister of Charity of the Blessed Virgin Mary, was larger than life.

"She's one of those icons," said Donna Miller, associate director for civil law at the Resource Center for Religious Institutes, who worked with Garvey in multiple capacities over the last decade.

Garvey, an organizational consultant and former president of the Leadership Conference of Women Religious, died Aug. 6, 2017, at the BVM motherhouse in Dubuque, Iowa. She was 82.

During her decades of ministry, Garvey was a champion for the collaborative form of leadership that has become indicative of LCWR and of women religious in the United States more broadly. In 2009, LCWR awarded Garvey its Outstanding Leadership Award for her work in this field, describing her as a woman who "knows who she is, and where she stands, and what she believes" and who "listens to all opinions and finds consensus in divergent voices."

"She was probably one of the most extraordinarily ordinary people I've ever met, but she was also incredibly bright. Incredibly bright," said St. Joseph Sr. Mary Dacey.

Dacey first met Garvey in 2005, when they both served on the planning committee for Women & Spirit, the traveling history exhibit LCWR created for the organization's 50th anniversary. The two women also served together on the National Catholic Reporter's board of directors, which Garvey joined in 2009, and Dacey in 2013.

Garvey was born Jan. 17, 1935, in Hempstead, New York, to Clarence and Ruth Maher Garvey. Her early childhood was colored by what she once called the "darkness" of the Great Depression; her own parents lost the Long Island potato farm on which Clarence had grown up. But even as a child, Garvey found light and hope through the Catholic Church; in a 2014 article for Commonweal magazine, Garvey recalled her first-grade desire to be a Catholic sister like the one who taught her class at Our Lady of Loretto School in Hempstead.

And become a sister she did. Garvey professed her first vows in 1955, and the native New Yorker then moved to Chicago to begin her ministry in elementary education — a ministry she would later call her "great love." In addition to teaching in Illinois and Iowa, she also served as the principal of two BVM schools in New York.

After earning a doctorate in organizational development from Columbia University in 1972, Garvey embarked on a new path as an organizational consultant, facilitating meetings for companies as well as for communities of women religious across the country.

In 1976, Garvey was elected to congregational leadership at the age of 41. For 16 years, Garvey served her congregation as president and vice president. As BVM president, Garvey helped shine the spotlight on the need for affordable housing in Dubuque, and Helen Garvey Place — a home renovated to house 22 families — was named after her.

In 1986, she was elected president of LCWR and, in that role, addressed Pope John Paul II on behalf of U.S. women religious when he traveled to the United States in 1987. Garvey also served as a U.S. delegate to the International Union of Superiors General.

After leaving leadership in 1992, Garvey served as the director of pastoral services for the Diocese of Lexington, Kentucky, and as a consultant for the National Religious Retirement Office. She used her organizational leadership skills to facilitate meetings for various religious congregations and, in 2014, presented at a Solidarity with Sisters* workshop on spiritual leadership in challenging times.

In 2005, the Sisters of St. Francis of Assisi hired Garvey to lead their newly elected three-woman administrative team in team-building exercises. Sr. Marcia Lunz, one of the congregation's two associate directors, recalls that Garvey was "fun to be with."

"She was grounded, yet she could be so easygoing," Lunz said. "She was wonderful to work with. She told it like it was and didn't mince any words. And I think that's what I appreciated most about her."

From 2009 to 2012, Garvey chaired the LCWR history exhibit, Women & Spirit, that toured the country and was perhaps made all the more popular by the simultaneous Vatican investigations of U.S. women religious.

"She was a wonderful leader," said Tom Kiley, CEO of Great Lakes Advisors, a Chicago-based wealth management firm. The company was one of the first financial sponsors of Women & Spirit, which Kiley attributes to Garvey's persuasiveness. "She immediately took control of any room she walked in — in a very pleasant, uplifting and spiritual way — but she took control. She was 100 percent in charge of every situation she was involved in. People were pleased to follow a great leader like Sister Helen."

"She was so loved in our congregation. So many people counted her as a friend," said Sr. Margaret Mary Cosgrove, a fellow Sister of Charity of the Blessed Virgin Mary. Cosgrove noted that Garvey was a "special person" in her life. "She was a great woman, a mentor."

"I had the opportunity to say goodbye to her. It was very touching. She was so at peace. She was ready," Cosgrove added. "She was just a beautiful woman. I mostly remember what a good friend she was. She saw people's gifts, and she encouraged us to challenge ourselves and do what we could. She was a wonderful person."

A visitation for Garvey will be held from 9 to 11 a.m. Aug. 17 in the motherhouse chapel at Mount Carmel in Dubuque, Iowa, followed by a sharing of memories at 11 a.m. The funeral liturgy will begin at 1:30 p.m. The wake service and funeral will be live-streamed here.

*An earlier version of this story gave the incorrect organization.

[Dawn Araujo-Hawkins is a Global Sisters Report staff writer. Her email address is daraujo@ncronline.org. Follow her on Twitter: @dawn_cherie. Soli Salgado contributed to this report.] 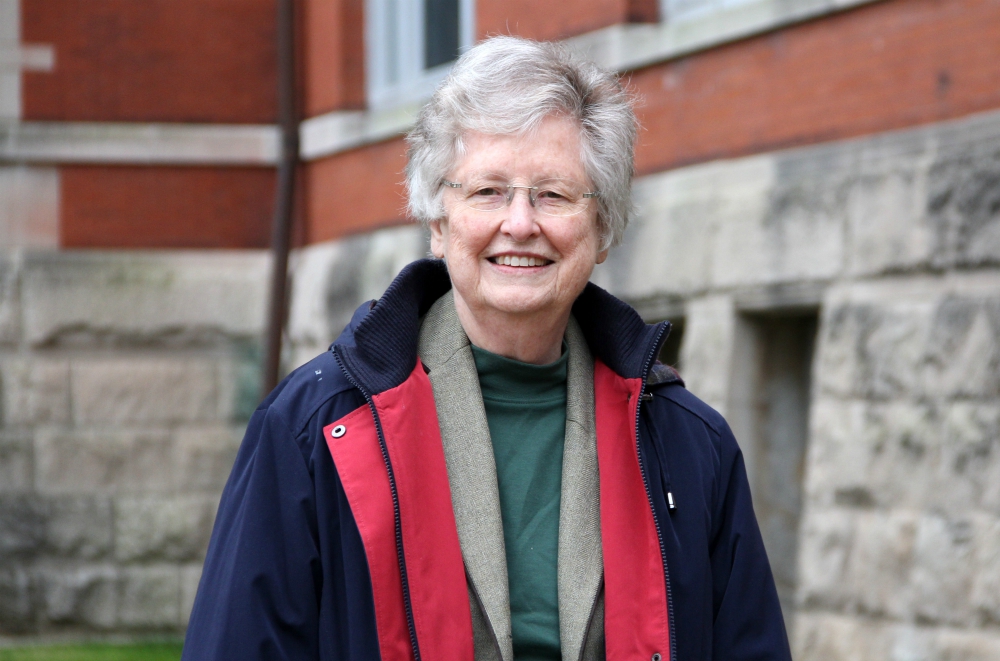 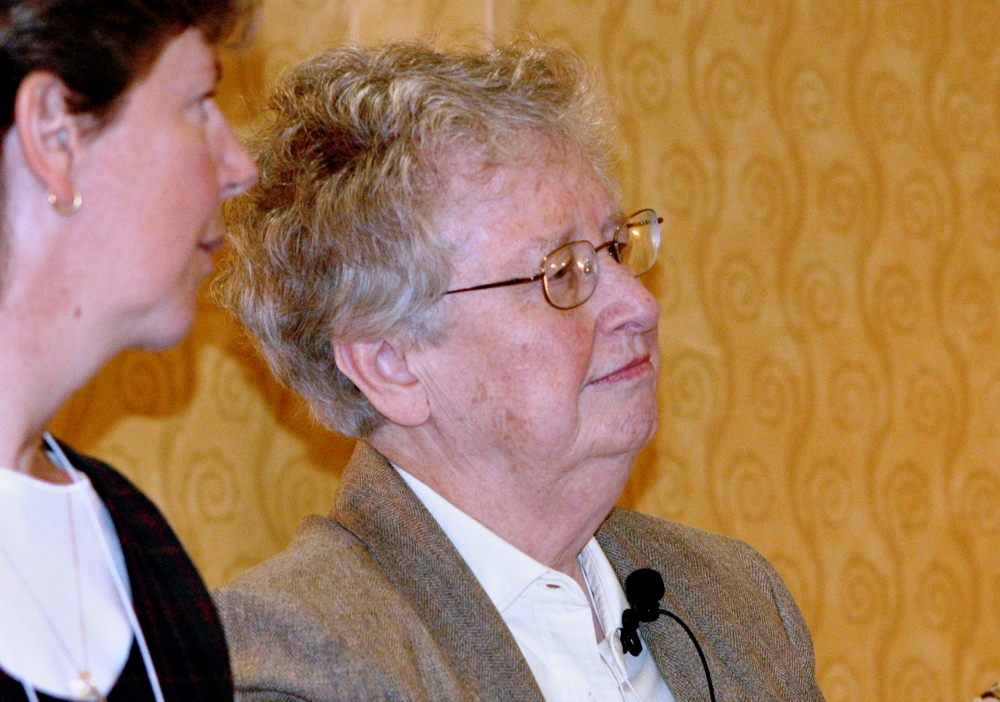