Sr. Mary Pellegrino, a Sister of St. Joseph, was installed Friday as the president-elect of the nation’s largest leadership group for women religious.

Pellegrino, who is a member of the Baden, Pennsylvania, congregation, was elected in a vote of the Leadership Conference of Women Religious at the group’s annual assembly Thursday morning. LCWR is made up of Catholic women religious who are leaders of their orders in the United States; communities in LCWR represent about 80 percent of the nearly 50,000 women religious in the United States. Nearly 800 of the group’s 1,400 members are here for the annual conference.

LCWR has a system of three collaborating presidents: A past-president, a president and a president-elect, essentially giving each a three-year term as they cycle annually through the positions.

St. Joseph Sr. Carol Zinn finished her three-year term and was thanked at the ceremony for her service. LCWR members sang “I say yes, Lord” as Holland, Allen and Pellegrino accepted their positions.

Pellegrino holds a master’s degree in religious education from Fordham University and a master’s degree in Christian spirituality from Creighton University. She’s currently serving a second five-year term as congregational moderator for her community and has presented and written on a variety of topics related to contemporary religious life, vows, Generation X, vocation and formation ministry and leadership.

In her candidate materials, she said the critical issues for LCWR in the next three years are to remain both learners and leaders while discerning the most appropriate use of the group’s moral authority. She also said LCWR needs to continue to integrate the contemplative process into all the organization’s work.

Also under consideration for the president-elect position was Patricia Eck, a sister of the Congregation of Bon Secours of Paris. 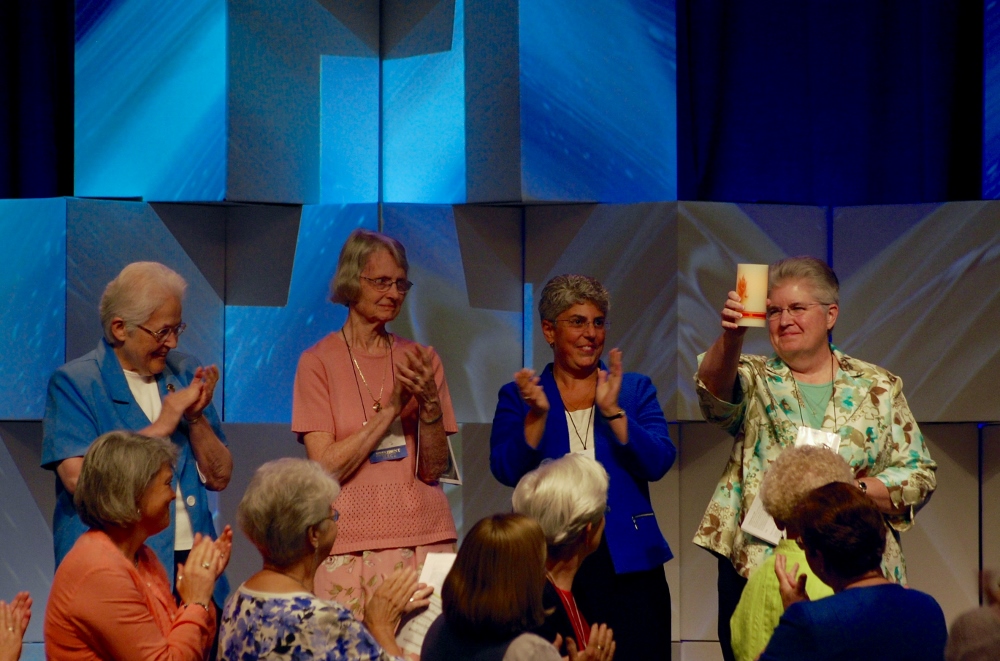