A court in the eastern Indian city of Ranchi sent a Missionaries of Charity nun to 14 days of judicial custody July 5 after she was arrested on charges of child trafficking.

The nun, identified only as Concilia, was detained for questioning July 4 following complaints that babies had been sold to childless couples, reported ucanews.com. Another nun from the congregation also was detained, then released.

Police said Jharkhand state's Child Welfare Committee came to suspect the home was involved in the illegal trading of children after a couple complained they were not given a child despite paying 120,000 rupees (US$1,850) as an adoption fee.

Police said they recovered 65,000 rupees in cash from Indwar that they suspected was part of the amount paid by the couple, Saurabh Kumar Agrawal and Preeti Agrawal of Uttar Pradesh.

The couple came into contact with Indwar through a relative in Ranchi before handing over the money, The New Indian Express reported.

Sister Prema, superior of the Missionaries of Charity, said she was in shock over the allegations and the police response but added: "We are carefully looking into this matter."

Sunita Kumar, the order's spokeswoman, said the home was for unwed mothers and did not put children up for adoption. She said the congregation is examining the system to make sure that such complaints do not arise in the future.

The charity home is part of the mission for children and unwed mothers of the Missionaries of Charity founded by St. Teresa of Kolkata in 1950.

The pro-Hindu Bharatiya Janata Party runs the government in Jharkhand state, where Christians accuse some Hindu groups of targeting Christians with tacit approval of the administration.

Ucanews.com reported some Christians view the arrest of the two nuns as being aimed at tarnishing the reputation of the church.

Trafficking of children carries a sentence of 10 years in prison. 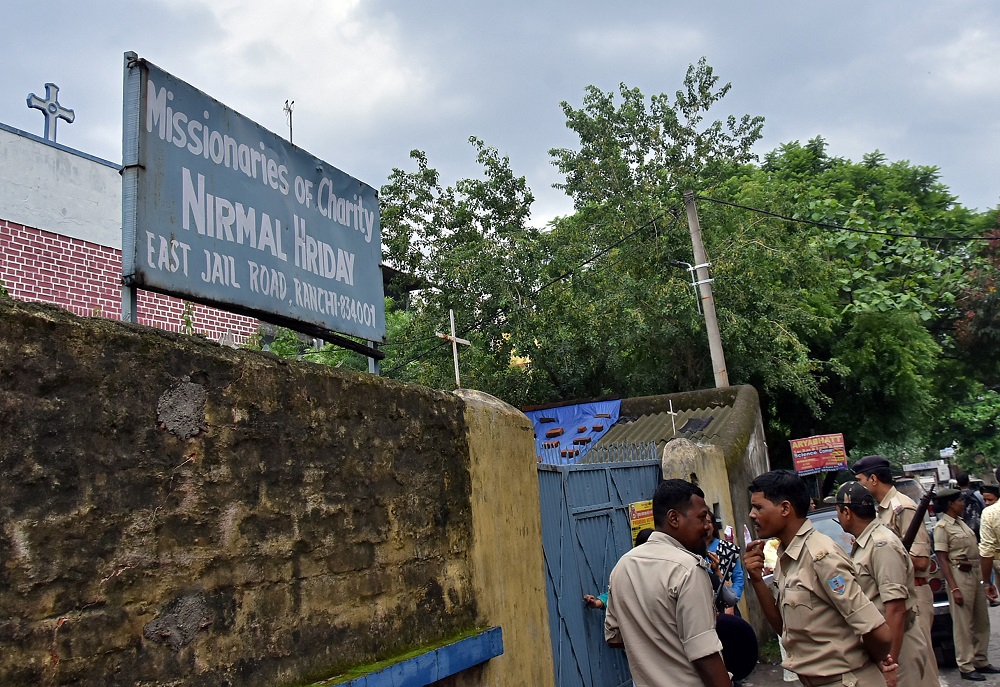