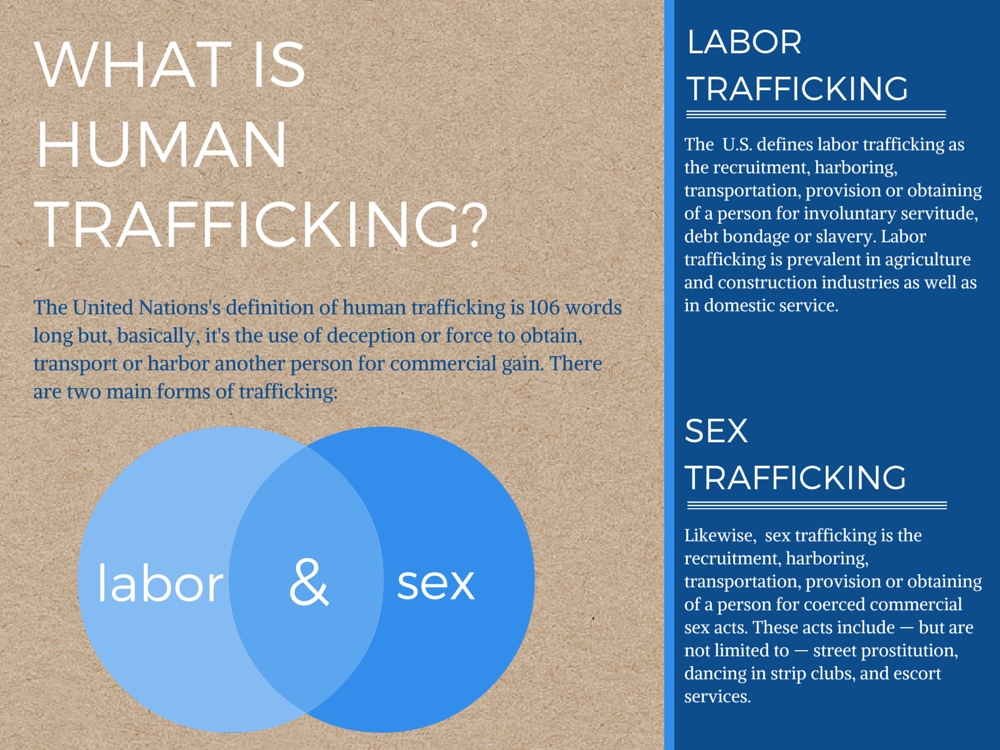 Cleveland, Ohio — Humility Sr. Anne Victory stands on the stage in her bright-red jacket and trim black pants, asking her TEDx audience in Youngstown, Ohio: "How many slaves work for you?"

Anticipating their surprise, she continues: "You say, 'What? Slavery here? We don't have slaves here. Slavery ended a long time ago.'" She tells her audience that she has 13 slaves working for her and invites them to go to slaveryfootprint.org to find out how many slaves they employ.

"The truth of the matter is that there are slaves all around the world, including in our country. . . . Recently, we've been calling it by a different name: human trafficking," she says.

Victory and some of her sisters started the Cleveland-based Collaborative to End Human Trafficking in 2007 after attending a conference on immigration and trafficking.

"The conference opened our eyes to something we hadn't been aware of before, and we were just shocked," Victory, the collaborative's education coordinator, told GSR. "We decided then that we had to try to do something about it. After several months of learning about the issue, we formed the collaborative."

Since then, the group has been "raising awareness about this big problem."

A big problem it certainly is, Victory says. Although many Americans think slavery ended in the mid-1800s, its modern equivalent continues worldwide, including in the United States and even in Ohio. The Bureau of Justice Statistics estimates that 83 percent of victims in U.S. sex trafficking cases are U.S. citizens. The National Human Trafficking Resource Center hotline reports that Ohio had the fifth-highest number of calls reporting trafficking of any state.

Globally, the International Labor Organization estimates that there are 14.2 million people trapped in forced labor in construction, agriculture, manufacturing, domestic work and other industries. That forced labor generates more than $30 billion a year.

Victory says one reason human trafficking is on the rise is that people do not have information that can help them recognize victims. People should know that "they will find victims working in nail salons, on farms, in hotels. They are being coerced and bound psychologically," she says. 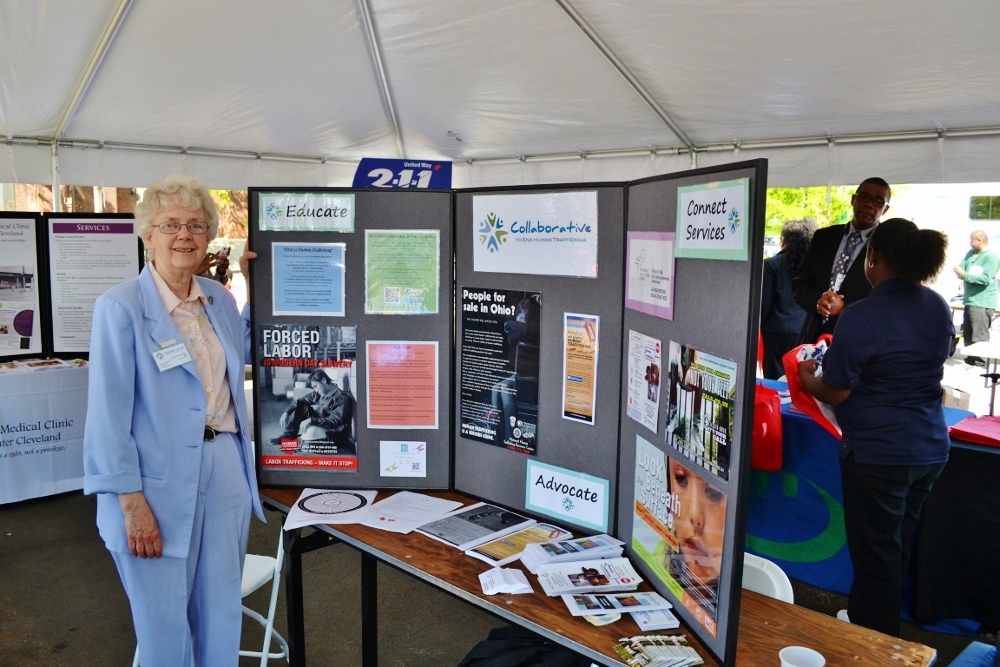 Victory is emphatic: "Labor trafficking touches all of us. Food, clothing, electronics and services: All of these industries have workers who are being forced."

To help those being trafficked and to prevent new victims from being trafficked, it is important for individuals to realize their complicity, Victory says. "We can all do something about it. Certainly, we can all pray, and there are things everyone can do to raise consciousness."

For example, she says, "If you purchase a product, you can look it up ahead of time on knowthechain.org" to find out if forced labor has been used to manufacture it. Victory also suggests being aware of red flags at local businesses. Notice if an employee:

"We offer in-services and workshops and provide speakers and volunteers to agencies," Victory says. "We collaborate on issues to create a safety net for those being trafficked. We do not do direct service, but we help the organizations that do provide it to do it better. We can cater our presentations to different kinds of groups."

For example, in 2014, the collaborative sponsored an interdisciplinary symposium at Case Western Reserve University for professionals and students in nursing, social work, medicine, law, law enforcement and business. A panel addressed human trafficking as it appears in those industries and stressed how professionals need to work together. More than 130 people attended the event, which featured Tim Mulvey, senior adviser and communications director at the U.S. Department of State Office to Monitor and Combat Trafficking in Persons; Rachel Lloyd, founder and CEO of Girls Educational and Mentoring Services in New York; and Steven Dettelbach, an attorney in the Northern District of Ohio.

The Collaborative to End Human Trafficking also reaches across religious lines, working with the Cleveland Office of the National Council of Jewish Women to raise awareness. The collaborative participated in the 2014 Lois Zaas Memorial Advocacy Lecture panel presentation, conducted a speaker training for NCJW members and participated in the 24th annual NCJW/Cleveland Women's Seder, which featured stories of trafficked individuals.

"It's important that people who use the RTA for transportation be aware of the red flags and to be educated on how to help should they see someone who might be in need," Victory says.

The collaborative is committed to working with entities beyond Ohio, including the Vatican and the White House. Victory was one of three women religious from the United States to attend the "Trafficking in Human Beings: Modern Slavery" workshop in Vatican City in November 2013. Also, as a member of the U.S. Catholic Sisters Against Human Trafficking, Victory attended the 2013 White House summit "Taking Action to Eradicate Modern-Day Slavery: Convening for Civil Society Leaders." Participants discussed working together to raise awareness, educate professionals and the public, identify victims, expand survivor services and eliminate slave labor in products.

Victory says the collaborative has been and will continue to be effective in shining a light on human trafficking.

"People are crossing boundaries to work together on this issue. There is a lot going on in Ohio, and we have quite a ways to go."

[Kate Oatis is the owner of Oatis Communications. She does social media marketing for small businesses and writes occasionally for a variety of publications.]

Catholic schools, March for Our Lives