Women should have access to all leadership roles in the church, but focusing exclusively on ordained ministry overlooks the many ways women already lead in the church, said speakers at a conference on women's leadership in the global church.

The speakers, many of them women religious, are themselves evidence of women already exercising leadership in academia, religious life, and social and environmental justice organizations around the world. Representing a dozen countries on four continents, they challenged the church to accept women as leaders while also calling for new models of leadership.

"We are used to thinking the highest level we can reach is ordination," said Sacred Heart of Jesus Sr. Rosemary Nyirumbe of Uganda, who called for "new flavors" of leadership in her opening keynote address at the "Daughters of Wisdom: Women and Leadership in the Global Church" conference, held April 6-8 at DePaul University in Chicago.

The conference was co-sponsored by the university's Center for World Catholicism and Intercultural Theology, Department of Catholic Studies, University Ministry, Office of Mission & Values, and the Women's Center.

Although Nyirumbe said she supports women's ordination, she doesn't feel called to priesthood and said women already lead in the church and the world.

"We are very powerful," she said. "The truth is that without women, the church cannot stand."

Nyirumbe is the founder of St. Monica's Vocational School for Girls in Gulu, Uganda, which rehabilitates female child soldiers abducted by war criminal Joseph Kony's Lord's Resistance Army. Since 2002, the school has taught vocational skills to more than 2,000 young women, who Nyirumbe said suffer even more than male child soldiers because they often have borne children as the result of rape.

For her work, Nyirumbe was named one of Time magazine's 100 Most Influential People in 2014 and was honored as a CNN Hero in 2007. The documentary and book Sewing Hope tell the story of St. Monica's.

At the women's leadership conference, Nyirumbe urged women to support and encourage one another when they are in leadership.

"Some women leaders don't bring other women up," she said, noting that in her country, women who earn doctorates sometimes use their education to "pull her down."

Instead, speakers at the conference held up partnerships among women and with men as a new model of biblically based leadership.

This type of leadership would "give us the power of love, not the love of power," said Sr. Rekha Chennattu, provincial superior of the Religious of the Assumption in India and professor of biblical studies at Jnana-Deepa Vidyapeeth, a pontifical institute of philosophy and religion in Pune, India.

The old hierarchical style of leadership is outdated, Chennattu said.

Her examples of teamwork in leadership came from the Hebrew Scriptures, with women such as Shiphrah and Puah in Exodus and Judith and her maidservant, who worked together for social transformation in a type of leadership rooted in their experience of and relationship with God.

Other inspirations for new models of leadership were shared in panel presentations on topics of Scripture, ecclesiology, grassroots church communities, faith-based social movements and theological education. They included:

"This can be a good tool for decentralizing the church," she said.

In addition to promoting new models of women's leadership, the three-day conference also featured critique of current leadership models and structures that are not life-giving for women or even for some men.

Keynote speaker Sr. Melinda Roper, a Maryknoll sister who was the order's president when two members of the community were among the four U.S. churchwomen killed in El Salvador, questioned structures in the hierarchical church she said didn't respect the "spirituality and style of Jesus."

"How did the way that Jesus treated women, that is, with deep trust and respect, come to be set aside and forgotten by the official church?" she asked.

Roper, who now lives in Panama and works with indigenous people on issues of environmental justice related to the rainforest, used natural metaphors in her talk, titled "The Wind Blows Where It Will." She encouraged all to "listen to the wind," which she likened to the Holy Spirit

"One of the greatest obstacles to experiencing the wind is the illusion that we can control God's power through knowledge, ritual and law," she said.

The church and the world need new structures, Roper said, and they will come from those "most free" from the current hierarchical structures.

"To be excluded from hierarchal leadership offers us the space to serve without fear," she said.

Roper called for a church that pays more attention to the mission of women, the wisdom of the unlearned and the priority of kindness over the law, with less emphasis on "temple, altar and priest."

Women's ordination was just one among many issues at the conference, which included discussions on sexism and patriarchy in church and culture, women in Scripture and in theological education, environmental degradation, economic injustice, and more.

But critiques of patriarchy — and some concern that progress has been slow — were paired with signs of hope that women could "claim their place without displacing or replacing the male," as one attendee put it.

Daughter of Divine Love Sr. Mary Sylvia Nwachukwu brought news of women's growing influence in the church in Nigeria, where patriarchal roles from the family are too often replicated in "the family of God," the church.

"But that is changing rapidly," said Nwachukwu, director of academic planning at Godfrey Okoye University in Enugu, Nigeria.

She held up Rebekah from the Hebrew Scriptures, who "did what women have to do," as a model for women's increased influence in the church.

As for ordination to the priesthood for women, Nwachukwu leaves that to God.

"If this is what God wants, the Holy Spirit will set the agenda," she said. 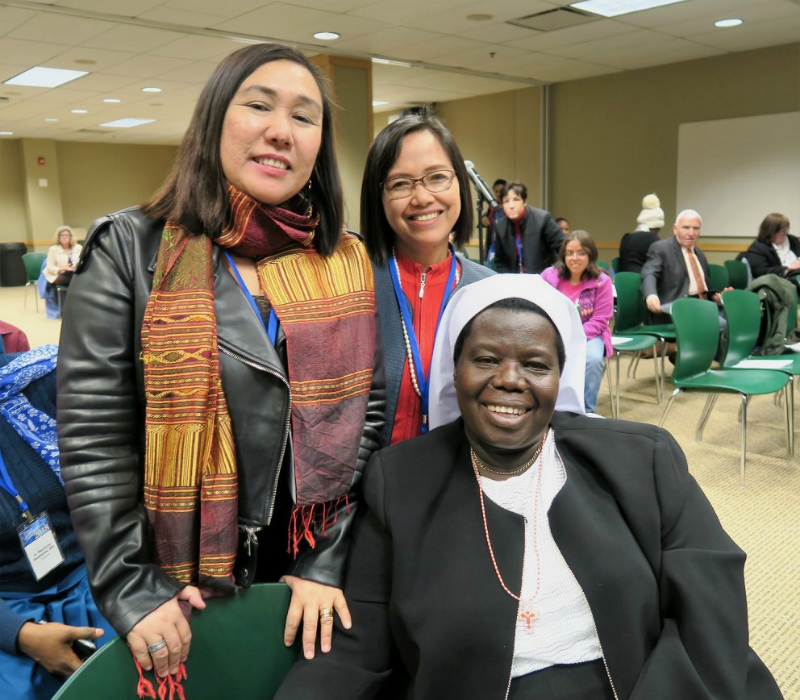 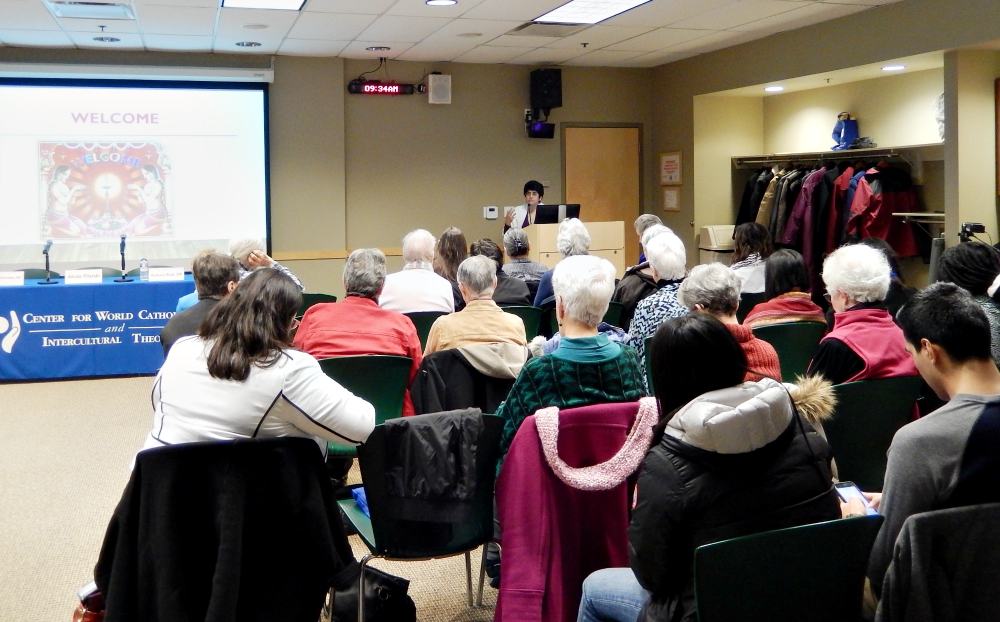 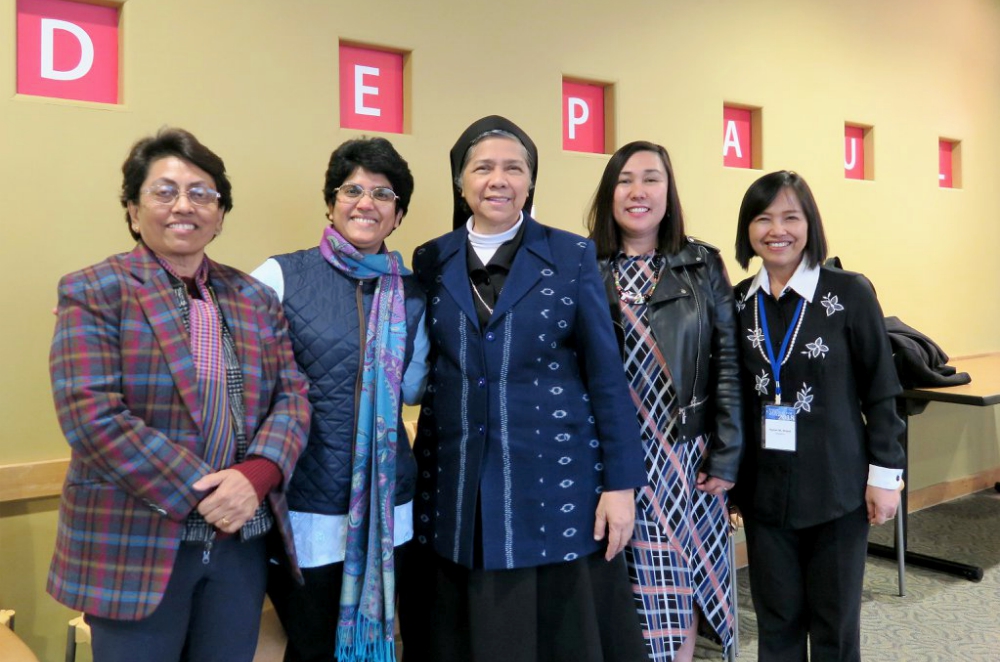 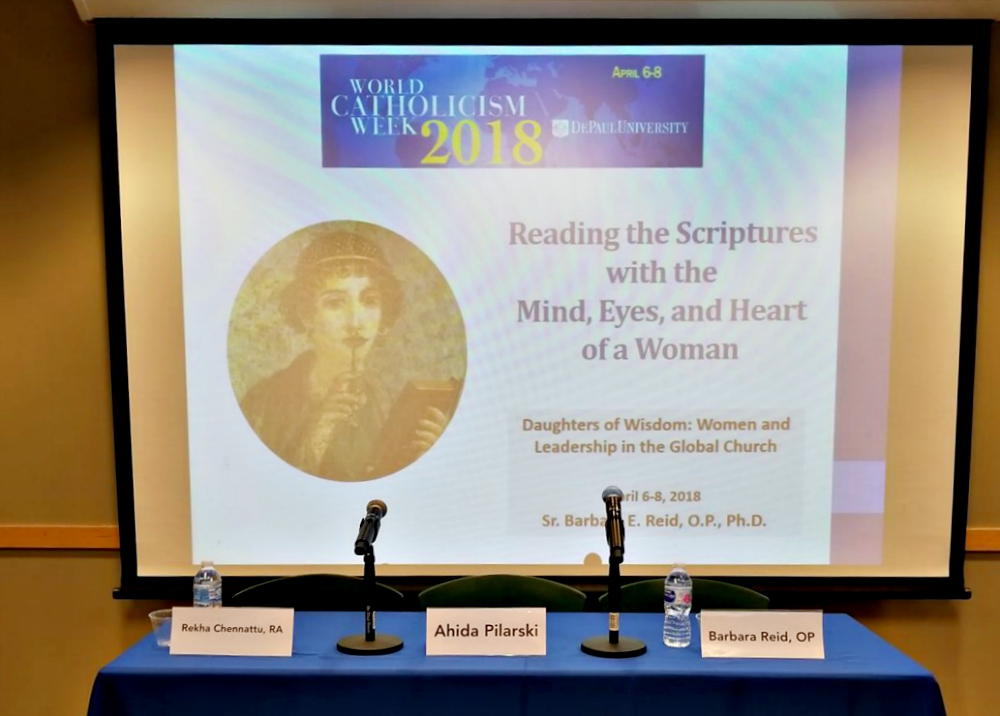 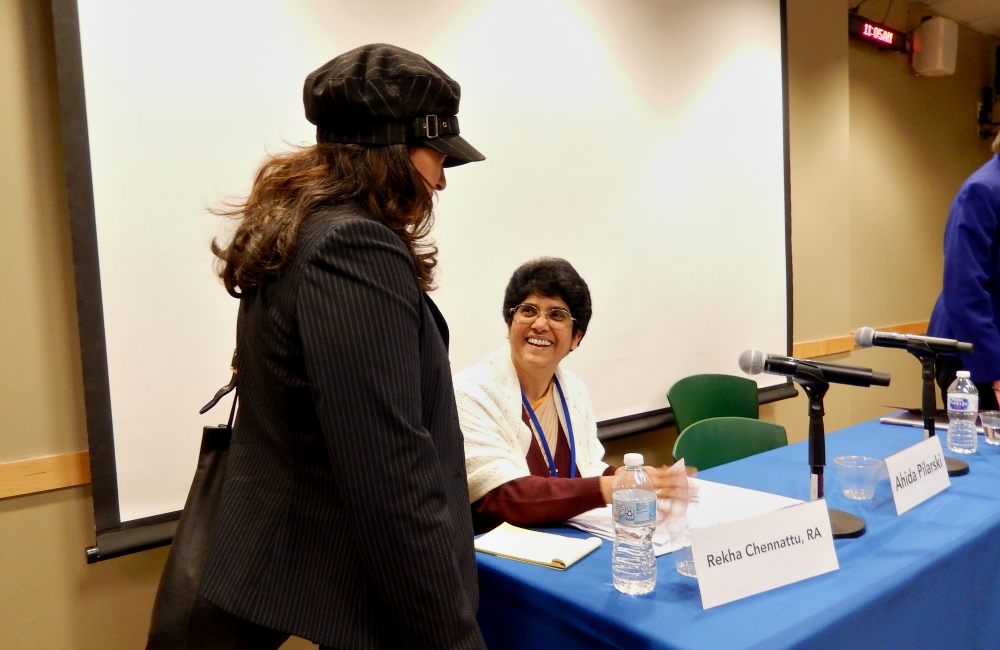 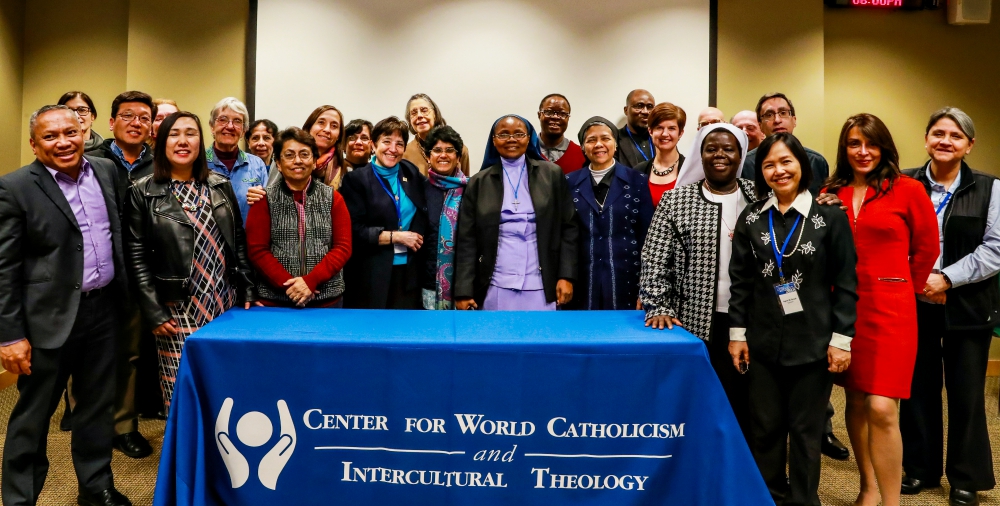