It used to be that if Sr. Ginger Downey got hungry late at night, she could sneak down to the kitchen for a quick bite. Not anymore.

"If I need an ice cream fix, that's no longer an option," Downey said.

That's because the dining hall of the Our Lady of Victory Missionary Sisters — commonly known as the Victory Nolls — no longer belongs to them. Nor does their infirmary. Even more strikingly, the chapel is no longer theirs, either.

The congregation's Holy Family Building and Archbishop Noll Memorial Chapel, near the center of their campus in Huntington, Indiana, about two hours northeast of Indianapolis, was sold in June to the St. Anne Communities, a non-profit nursing home sponsored by the local Catholic diocese. St. Anne Communities will run the infirmary as a nursing home for any sister that needs it, as well as being open to the public — regardless of their faith — and also run 40 assisted-living apartments that will be part of the expanded building.

Downey, the congregation's general secretary, declined to release dollar figures but said the order received "about what the buildings were worth." Both were built in 1960. More importantly, she said, the community has guaranteed that every last sister will have health care as long as needed.

Still, change can be hard. Since the dining hall and chapel are in the Holy Family Center, St. Anne Communities owns and runs them, as well. "You don't know what's going to hit people," Downey said. "Most would say that building was ugly. It was hideous. Now there's an emotional attachment to it."

The sale of the Holy Family Center includes an 11-acre parcel of land; another 100 acres is being sold to ACRES Land Trust, a local preservation group. The sisters retain the 43 acres at the heart of their campus, which includes the motherhouse buildings and cemetery.

But while the emotions surrounding the changes may be difficult, the move is a positive one for the Victory Nolls, their new partner and the Huntington community.

"We're doing this for what's best for the majority of sisters," Downey said. "As we age, we wouldn't have the competency to provide health care for them, and we didn't want to burden our younger sisters with a ministry they were not called to."

There was another factor, as well.

"We're making these decisions when there's still a critical mass of people to make decisions," Downey said of the 60 remaining Victory Noll sisters. A majority of the sisters are retired; their average age is 85. "We're still able to say what is the best thing to do, and is the best time, rather than have to act in desperation."

Sr. Janice Bader, superior of the Sisters of the Most Precious Blood in O'Fallon, Missouri, and the former director of the National Religious Retirement Office (NRRO), said communities of women religious partnering with nursing homes has become common: As congregations age and numbers drop, many have worked to find ways to provide care for their elderly sisters either at the convent or another facility.

"It's a very common problem to have too much space," Bader said. In 1965, according to the Center for Applied Research in the Apostolate at Georgetown University, there were nearly 180,000 sisters in the United States. In 2015, CARA reports, there were 48,546.

Among the options for congregations are selling the convent outright and moving to a new facility that can provide nursing care, forming a partnership with other religious communities to run a nursing facility, and nearly everything in between. It's not unusual for orders to lease space to a nursing home, but selling part of the convent to an outside entity to run is rare.

Bader's community followed a path similar to the Victory Nolls: Most of the motherhouse was sold to an outside entity and converted to independent senior apartments. The infirmary was sold to another entity that converted it to a skilled-care nursing home. The sisters who had been living in the motherhouse are now tenants of the apartments, and about half of the nursing home residents are sisters.

"We retained the chapels and the administration offices," Bader said, "and we partnered with the developer for the apartments."

It can be a shock for some sisters to begin living with laypeople, but Bader said they quickly take it in stride.

"For a project like ours — I know our own sisters say it and at NRRO I heard others — in many respects, it becomes a new form of ministry, particularly for our older religious. They really reach out to the lay people and make them part of the community."

For the Victory Nolls, the partnership means their members will have nursing care to the last sister, but it also means a diocesan ministry that was landlocked can expand, and it means Huntington County — which studies have said is sorely lacking for senior living options — can be better served, and on a peaceful campus surrounded by 100 acres of natural beauty.

"It's an adventure," Downey said. "It's an adventure in providing health care and a good place for people to spend their last years. That's never been part of our charism, but that doesn't mean it can't be a new ministry."

David Deffenbaugh, the administrator of St. Anne Communities, said that after four months the two cultures are quickly learning to live and work together.

"It's getting smoother every week as we identify things to work on," he said. "We're getting better and better at finding shared solutions. We have a lot of common ground . . . when there's a difference, it's just a matter of procedure many times. You do it this way, we do it that way, but we both end up at the same place."

The sisters are used to using the Holy Family Center as they wish; now if they want to have a meeting there, they need to schedule it. The two partners had to figure out how the sisters would get their meals when the dining hall was closed for a private party.

Downey said the decision to divest may not have been easy, but it was necessary. The congregation has not had a new profession in 17 years.

For sisters already living in the infirmary, not much has changed, Downey said, as all the employees that had been caring for them are now employees of St. Anne Communities. The biggest change — beyond the construction site as the apartments are built and the building renovated — has been for the sisters who don't yet need nursing care.

"It's just different because you have to work in conjunction with St. Anne's instead of saying, 'This is what we're going to do,'" she said.

If there's a sense for the Victory Noll sisters that they're approaching the closing of a circle in their ministry, another element reinforces that idea: Their name is Victory Noll, rather than "Knoll," in reference to Archbishop John Francis Noll, who gave them the convent property in the 1920s as well as money to build the chapel.

So that a small portion of the campus being sold back to the diocese for a diocesan-sponsored ministry seems to ring true. It will also ensure that whatever happens to the sisters, their legacy — and the legacy begun by Noll — will continue far into the future. 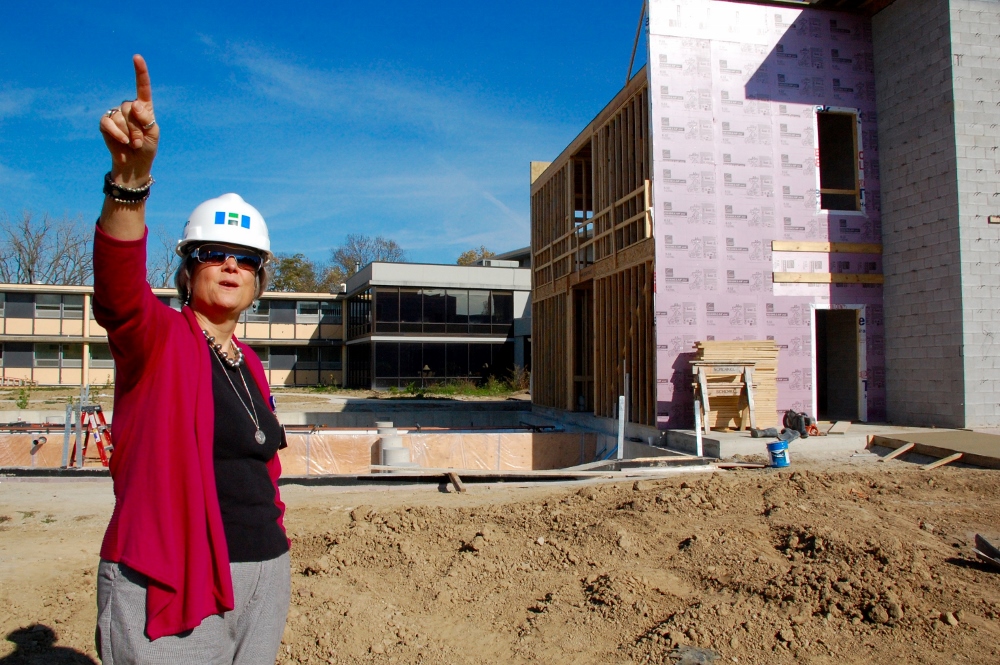 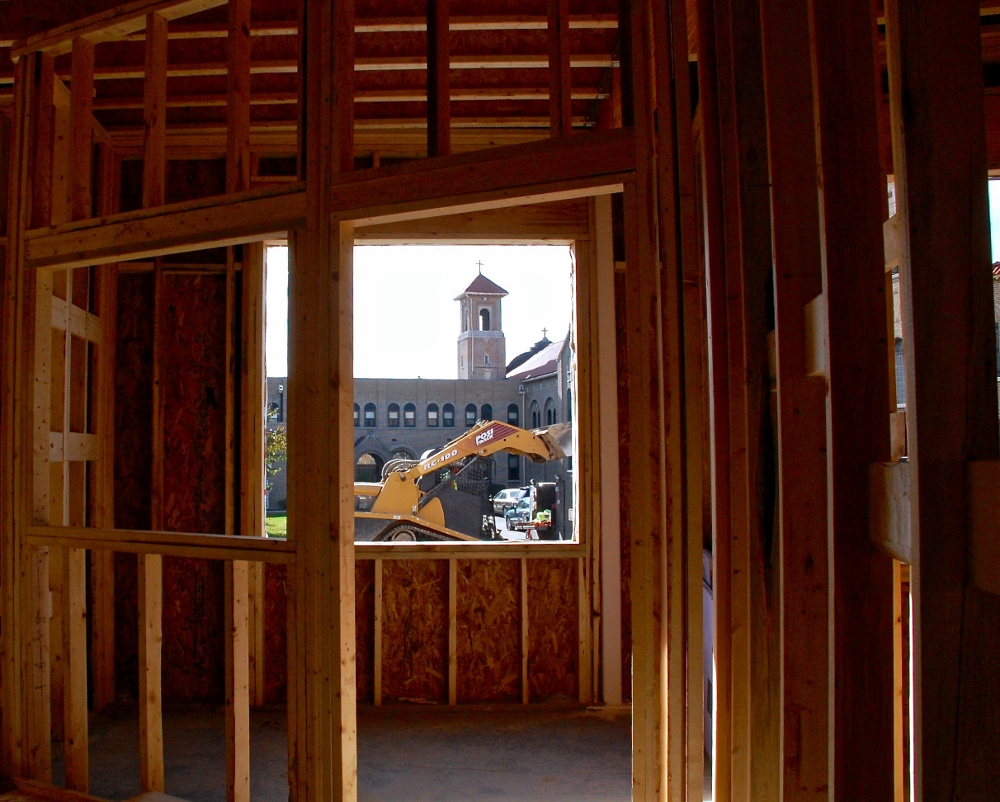 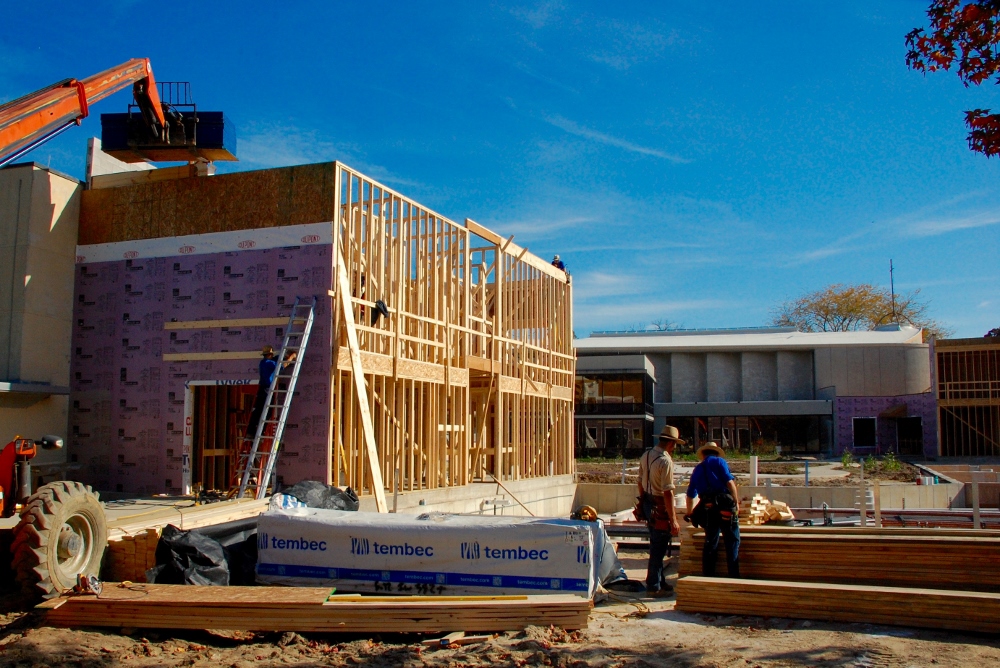 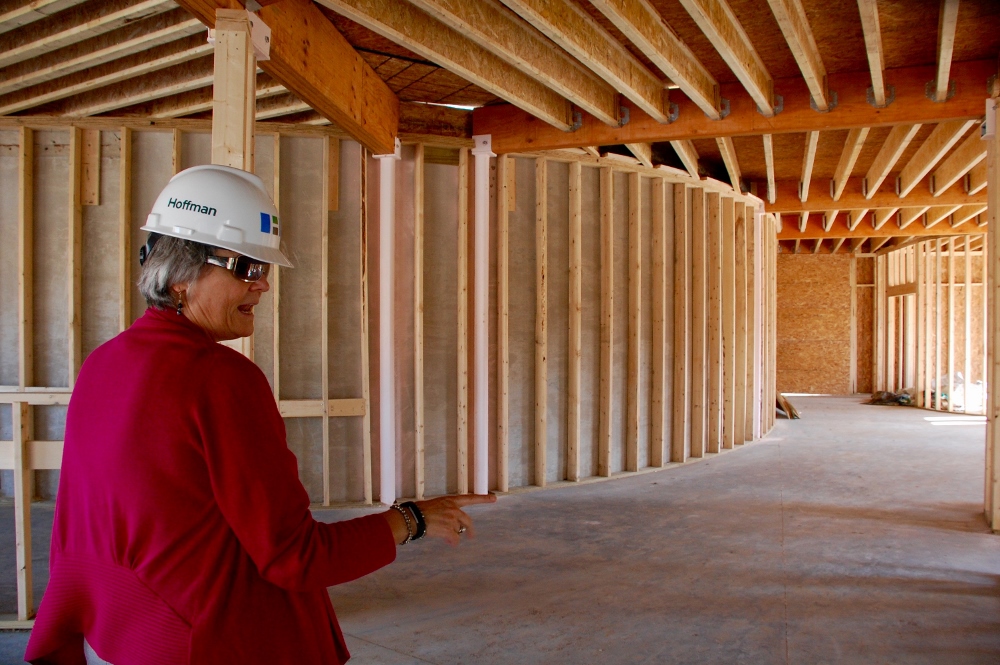