While hundreds of people will attend the Communicators for Women Religious annual conference Oct. 3-6 in Niagara Falls, Ontario, not all of them will arrive by car or plane.

Up to 20 people, including five sisters, will ride bicycles Oct. 2 from just east of Erie, Pennsylvania, along the shore of Lake Erie through Buffalo, New York, where they'll cross the border into Canada then continue along the shore of the Niagara River to the falls.

The ride will cover 100 miles, what cycling enthusiasts call a "century," in one day.

The ride, Cycling With Sisters, is meant to draw attention to the social justice work of women religious. Each of the five planned stops along the route will focus on a different aspect of social justice in areas of concern for sisters across the United States: human trafficking, poverty, nonviolence, the environment and immigration.

The stops, however, are not being promoted, said Stephanie Hall, director of communications and public relations for the Sisters of St. Joseph of Northwestern Pennsylvania.

"We're not trying to attract crowds in any of these places. Instead, we're inviting people via live social media," Hall said. "We've created a Facebook Live event so you can virtually ride along with us."

Immaculate Heart of Mary Sr. Maxine Kollasch, co-founder of A Nun's Life Ministry, will be with the group to livestream the ride and will cycle at least part of the route.

Sr. Linda Romey, a Benedictine Sister of Erie who planned the event with Hall, said the event is not about the ride; it's about using social media to involve sisters and their collaborators in social justice efforts.

While Hall calls herself "a casual cyclist," she has ridden a century before and rides whenever she can.

"I should be riding more, but life gets in the way sometimes," she said.

Romey is her community's web developer/designer and does marketing for Monasteries of the Heart, Benetvision and the Erie Benedictines. She does a 25- or 30-mile ride every week in the summer months and has been riding long enough that she has three screws holding one of her hips together because of a crash.

"I was going too fast and didn't cross the railroad tracks in the right way and totally wiped out," she said.

That shouldn't be a problem for this ride, Romey said, as there are few hills, and they are gently rolling hills, at that. The route also has a wide shoulder to keep bikes out of traffic, and Dave Dennis, owner of the Lake Country Bike shop in North East, Pennsylvania, will ride with the group, as well as provide a support vehicle.

Romey said many in the group have been participating in training rides, usually with many hills, so they're looking forward to a relatively flat route. The route is also scenic, with vistas of the Lake Erie shoreline and passing through vineyards.

"The forecast says it will be partly sunny," Romey said. "That's the biggie — to make sure we have nice weather."

Hall said it's OK if someone cannot ride the entire 100 miles or needs to skip one section.

"It doesn't matter how many miles you pedal," she said. "It's the prayers and the awareness garnered along the way." 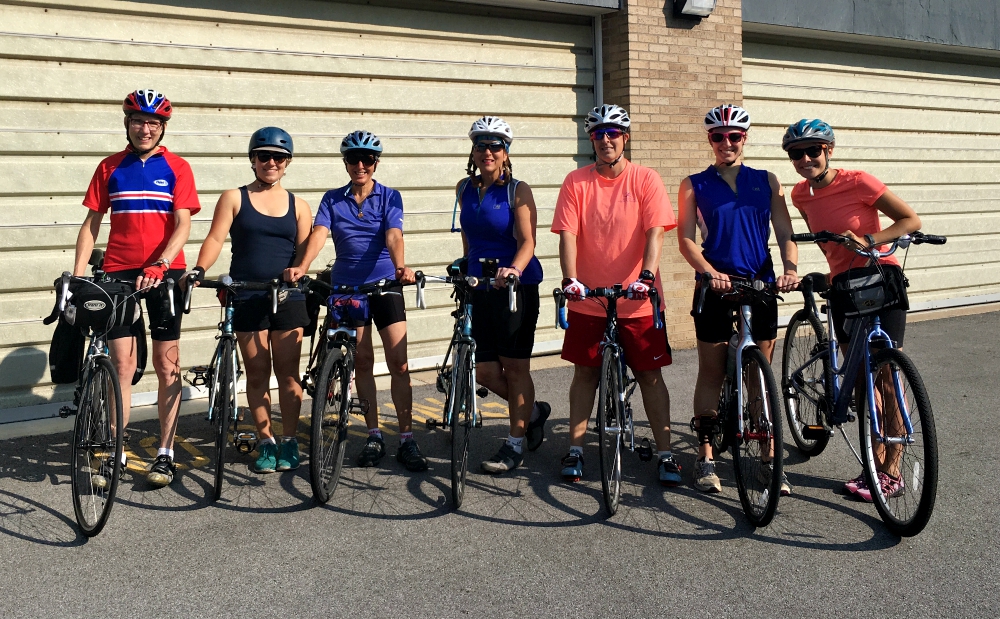 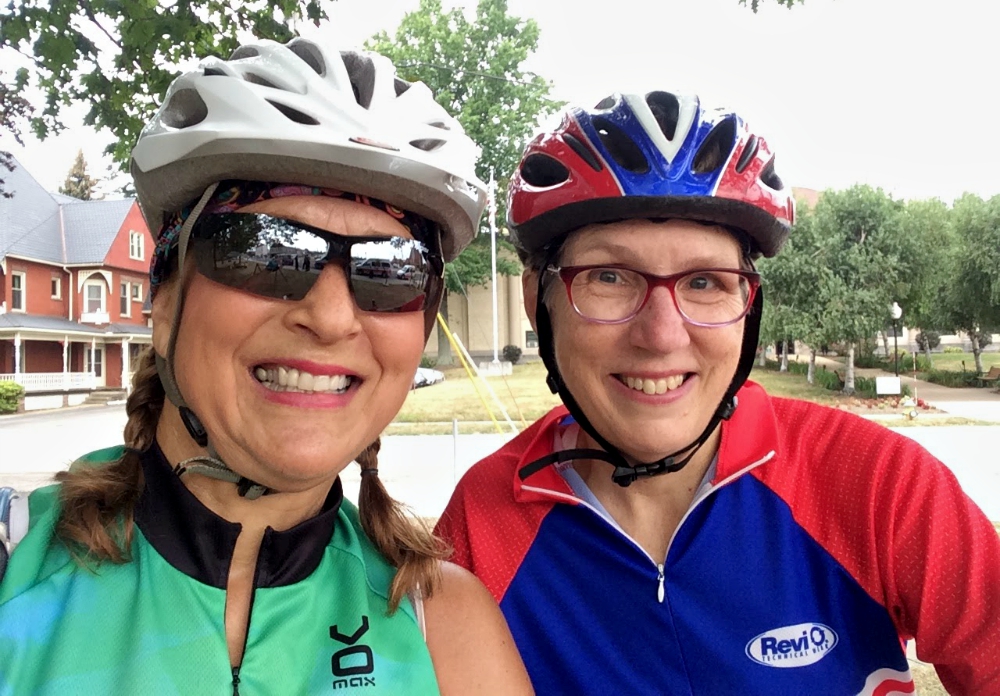