• National Catholic Sisters Week events, including those that fall outside the official dates of March 8-14, can be found on the NCSW website.

This article appears in the NCSW 2018 feature series. View the full series. 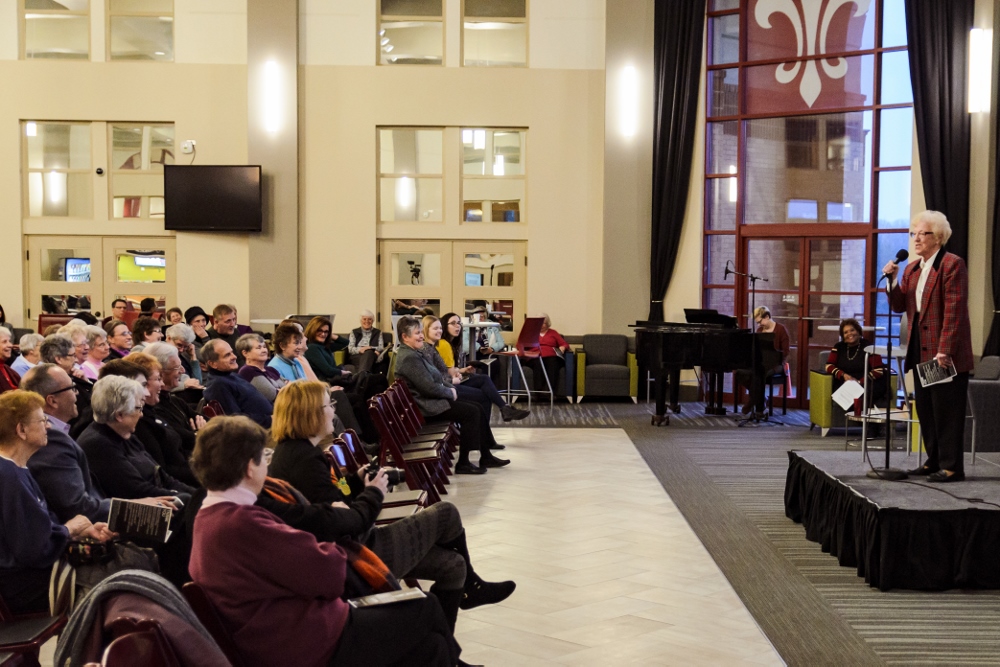 This year's iteration includes about 80 events funded by mini-grants to the hosting organizations and includes activities such as bowling with sisters, stand-up comedy/storytelling, and making chocolates.

"This year, we were really looking to cultivate a variety of events," said Molly Hazelton, the program's site director. "It's a nice way to engage young people."

Hazelton said the week's events are aimed at getting laypeople, especially young women who might consider a vocation, to engage with sisters. Because women religious are not as visible and tend to be older, many Catholics have never interacted with them, she said.

"Even for me growing up, when we'd see sisters in school, they were my grandmother's age," she said. "This is a chance to get to know them."

Among the events this year is Standup Sisters: Green Habits, a storytelling event March 8 in Pittsburgh. The focus of this year's event, now in its third year, will be on sisters' environmental work: Sisters from five communities will tell stories about raising bees and eating donated roadkill.

Jennifer Szweda Jordan, an environmental journalist and the producer of Standup Sisters, said more than 50 people have already RSVP'd for the free event.

"Word is getting out," Jordan said. "It's great to see them up on stage, being recognized for the great work they do."

Jordan said she hopes to find an organization to partner with to enable the show to be held in different locations.

Many of the National Catholic Sisters Week events are online-only, including Sister Cyclists, in which sisters in various locations will ride a leg in a virtual relay, adding up to 100 miles. Viewers will be able to track the participants online and see the ministries sisters are involved with.

Those attending Taste and See in Novato, California, will make chocolate truffles with Dominican sisters at Homeward Bound, which trains people who used to be homeless in culinary skills so they can find employment and housing security.

"That's been the fun part of it all," said National Catholic Sisters Week program assistant Kjerstin Quinn. "It's amazing how people are evolving with their ideas and what they can do."

Quinn said this year's grant requirements asked organizations to be more creative in their events, including changes as small as hosting the same event as previous years but adding a new component, such as a speaker or service opportunity.

Quinn said they received about 100 applications for grants, up from about 70 last year. She said more than $87,000 in mini-grants was awarded.

"It was a really tough process this year going through the applications," she said. "But it was fun because of all the great ideas they're coming up with." 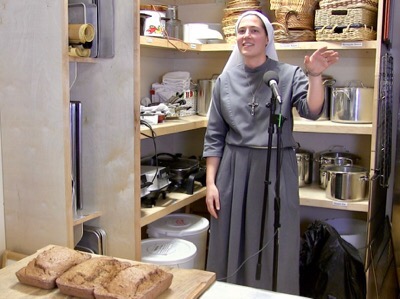 Sr. Agnes Therese Davis of the Franciscan Sisters T.O.R. of Penance of the Sorrowful Mother will tell a story about reducing food waste at Standup Sisters: Green Habits, a March 8 storytelling event during National Catholic Sisters Week. She is pictured in her convent's kitchen. (Jennifer Szweda Jordan)

"It gives the communities and the attendees more options," Quinn said. "More communities that haven't been involved before are getting involved."

Other events include an alternative spring break called the Sisterhood of the Traveling Penguins that will have students from Dominican University of California making a service trip with sisters in three locations along the West Coast.

In San Antonio, attendees can hear a lecture on the Benedictines' controversial practices of the medieval period, when sisters heard confessions and pronounced absolution.

Sisters of the Redeemer in Meadowbrook, Pennsylvania, will host a crafting contest based on the television cooking show "Chopped": Crafting With Charism will have participants making works of art from materials based on the community's charisms.

Hazelton said officials hope to see events focusing on the diversity, spirituality and charisms of sisters rather than just discernment and vocations.

"I think what you're seeing is a result of that," she said.

Religious life in a post-human age