Conni Dubick majored in theology in college, then became a director of religious education and spent years working in university administration.

But it wasn't until she discovered the Dominicans Sisters of Peace that she found what she felt was missing — not as a sister, but as an associate, a nonconsecrated man or woman who has made a public commitment to a religious institute. Being an associate let her continue in the life she loved while filling a spiritual need.

"It was the perfect thing in my life," Dubick said. "It's a calling."

It's a calling more and more people hear: A study released July 18 by the Center for Applied Research in the Apostolate (CARA) shows that the number of associates in the United States has grown nearly 40 percent, from nearly 25,500 in 2000 to more than 35,000 today.

The North American Conference of Associates and Religious commissioned the study, which is being releasing as NACAR celebrates its 20th anniversary.

"It's definitely tremendous growth," said Mary Jo Mersmann, an associate with the Sisters of Charity of Cincinnati and a member of the NACAR management team. "The associate-religious relationship is another way the laity has found a place to belong. They have found a place to live out the Christian way of life."

What draws so many to become associates? Cathi Duffy, the director of associates for the Society of the Holy Child Jesus in Rosemont, Pennsylvania, and a NACAR board member, said often, people find that an associate commitment enhances the beliefs and spirituality they already have.

"I often talk about it as coming home. There's a sense that you're coming home to who you truly are," she said. "The spirituality of the sisters resonates with who you're called to be. It's not like I'm trying to be someone else — it's like who I am and who God has called me to be, and this relationship confirms that."

Duffy said the number of associates will continue to grow as people discover what being an associate offers.

"I think there's a spiritual hunger," Duffy said. "So many individuals have connected with the spirituality of a congregation, and they're drawn to it. I think it's one of the best-kept secrets in the Catholic church."

Mary L. Gautier, who co-authored the 2016 studies of associates, said CARA researchers contacted all 918 major superiors that belong to the Leadership Conference of Women Religious, the Council of Major Superiors of Women Religious, the Conference of Major Superiors of Men, and the Canadian Religious Conference. Of the nearly 600 that responded, two-thirds said their institute had associates — up from 53 percent in the 2000 study.

The new study shows that 90 percent of the nearly 56,000 associates in the United States and Canada overall are women. Nearly two-thirds of the associates for male religious institutes are women, while just more than one in 10 associates for female institutes are men. Unlike the 2000 study, the 2016 study includes Canada, making some comparisons between the two studies difficult.

Mersmann said being an associate lets you experience the best of both the lay and religious worlds.

"We come with this call from the Gospel, and we want to live it out. The religious men and women we're connected with have found a wonderful way to live out their mission, and these people want to live it out, too," she said. "They give us role models, and we live out [their mission] with them. . . . My parish doesn't give me that kind of opportunity."

The Sisters of Charity taught Mersmann from first grade through college, so she was steeped in their charism of serving others. She learned about their associate program in 2000 and became an associate in 2001.

"The Charity charism has been in my heart since I was very young, so becoming an associate was not a surprise to anyone," she said. "I've learned so much. I'm so grateful to be a part of this."

Just as each associate program is unique, what associates find fulfilling in them is unique. The Our Lady of Victory Missionary Sisters, for example, have both Covenant Associates, who join in some of the sisters' mission work, and Prayer Associates, who only join in the spiritual side.

Dubick, who has been an associate with the Akron, Ohio, Dominicans since 2005 and is president of the NACAR board, said being an associate fills a spiritual need many find only in a religious community.

"So often when you're doing parish work or teaching religion or what have you, the focus is outward," Dubick said. "In associate life, you do that, as well, but you're also focused on yourself as a person."

"It's a way to incorporate a mission into my life. I've never felt called to a religious vocation. That's just not the life path I went down," he said. "But the way the mission of the sisters is lived, I identify with that so much I wanted to incorporate it in my life, my work and my family."

Except for the cases where an associate works in an institute-sponsored ministry, most associates' days are no different than before they made their commitment.

"For our Dominican associates, they're leading their lay lives," Dubick said. "They're teachers, lawyers and housewives, but they have a Dominican spirit and a Dominican stance on life. That's the strength of it. That's what's so compelling: Their lives are different from sisters', but the spirit and the charism is carried forward, just in a different way."

Associates do not take vows, but they do make a public commitment to the institute's mission. Every institute's associate program is different — some even have different types of associates — but most institutes offer a commitment of a year or two that can be renewed. Most associates, the 2016 CARA study says, choose to renew and stay in the program.

Leadership is another concern. In 2000, an associate headed 11 percent of associate groups; the rest were overseen by a vowed religious. In the new study, nearly 25 percent of directors are associates.

Loretto Sr. Maureen Fiedler, who is writing a book about associates, said sisters' fears of associates are rare. Loretto sisters even call their associates "co-members."

"I think it's because the co-members are doing such fantastic work," Fiedler said. "People are seeing associates as a way to carry on the tradition and in some ways enhance it and give it new kinds of expression."

"So many lay individuals have tremendous leadership experience, but somehow they feel in this situation that they don't," Duffy said. "So we empower them to realize they are already gifted and can use the gifts and talents they already have."

In the meantime, associates are taking over ministries once run by sisters or are making sisters' ministries possible. Dubick said a new Dominican peace center in New Orleans is only possible because sisters and associates run it together. There's weren't enough sisters to run it by themselves.

"Sisters are leaving parts of the country . . . to go back to the motherhouse, and the associates remain," Mersmann said. "The associates are called on to do the things sisters had done before. It's empowering, but it's also one of the challenges."

Fiedler said a Loretto co-member in Kentucky opened and funded a hospice for poor women who have nowhere to go when they're dying. Another regularly travels to minister in Haiti.

Mersmann said becoming an associate can feel like a confirmation of what you already believe.

"People who come to association do not come as empty vessels," she said. "They already have a spirituality and they carry the charism already, and that's why it feels so comfortable and feels so right when they come to it. They've been involved in some kind of ministry already, but now they're involved with like-minded people." 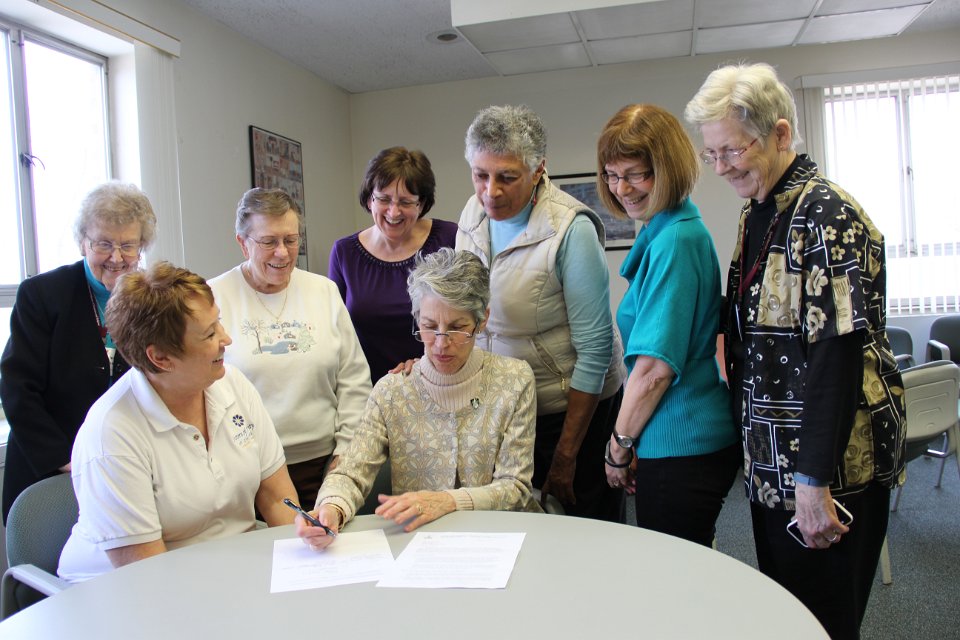 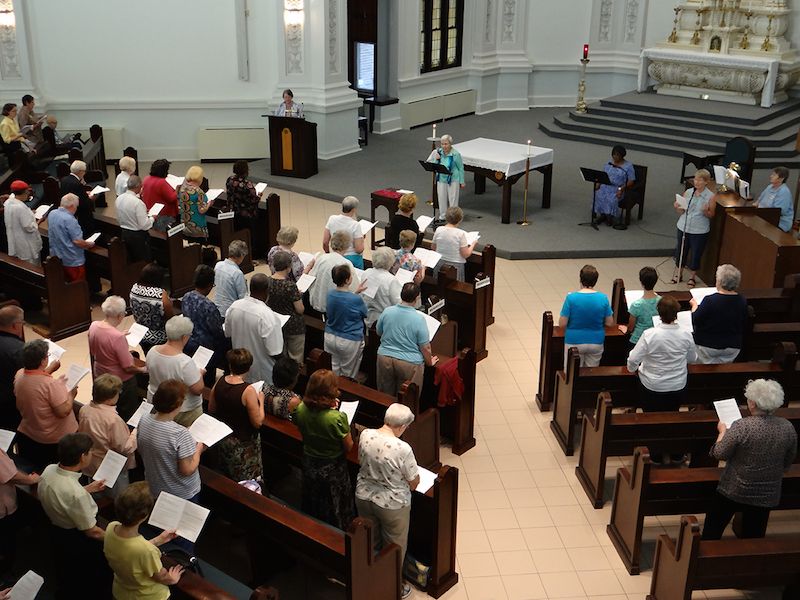 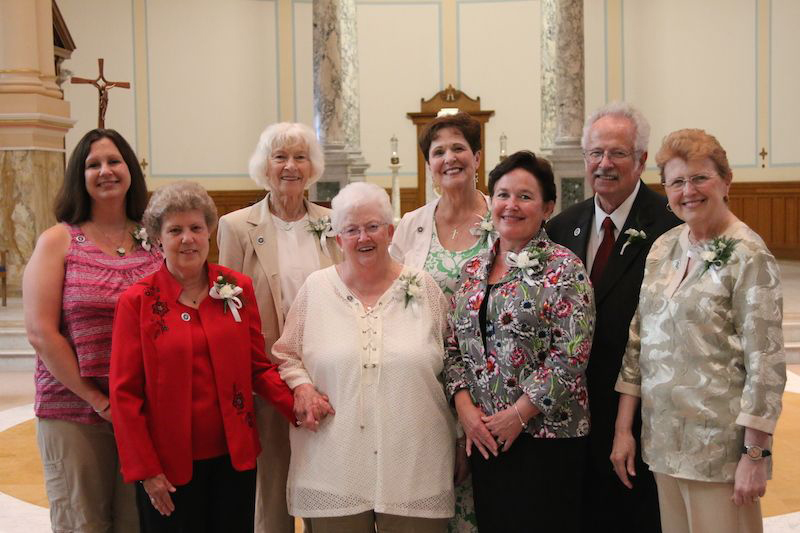 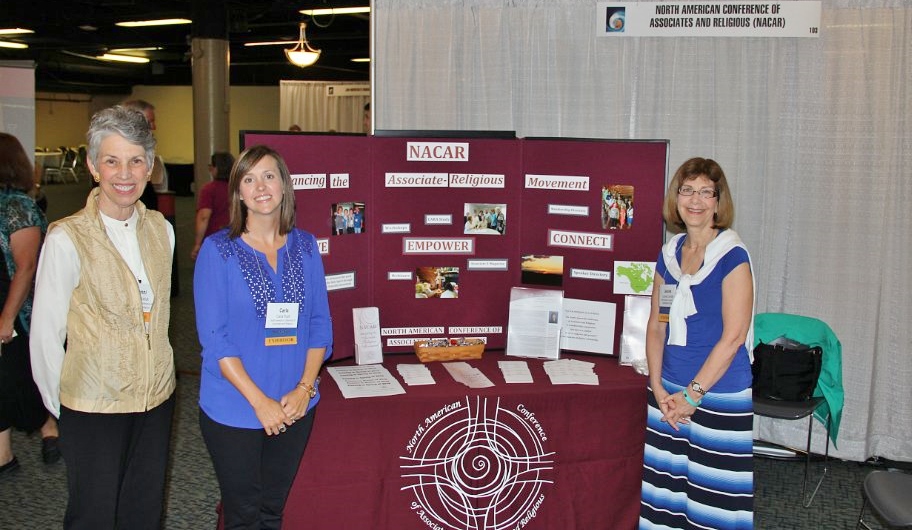