Nearly 700 members of the Leadership Conference of Women Religious voted unanimously Aug. 16 to commit the organization, their congregations and themselves to fight racism, welcome immigrants and help stop climate change for the next three years.

The vote was the culmination of nearly a year of work drafting and shaping the statement and came at the end of a session during the group's annual assembly exploring the ways racism, migration and climate change are interconnected.

"We are heartbroken by the myriad ways our one human family and Earth, our common home, suffer from disconnection, indifference, violence and fear in the face of racism, migration and climate crisis," the resolution reads in part. "Responding to God who loves all creation into being, we recommit ourselves to create communion and examine root causes of injustice."

The resolution closes with a pledge that sisters "will use our collective voice, resources, and power in collaboration with others to establish justice which reflects God's creating love." And immediately after it was passed, they began to do just that: Calling and emailing the White House and members of Congress and taking to social media.

A spirited panel discussion on the issues created an atmosphere of enthusiasm and solidarity prior to the vote. The panel, moderated by Sr. Susan Rose Francois, a member of the Sisters of St. Joseph of Peace, included:

"We have to organize ourselves so we are jamming up the switchboards 24 hours a day, seven days a week," Chappell said to applause. "The power we have as sisters is amazing, but I don't believe we think we have that power to change this thing around."

Chappell said the Catholic Church will never be able to truly lead the fight against racism until it acknowledges its own sins of slavery.

"The Catholic Church was the largest corporate slaveholder in the Americas," Chappell said. "Systemic and institutional racism has been the fiber, the fabric and the foundation of this country."

The church also faces barriers of its own making, she said, noting that many people of color — including Catholics of color — feel betrayed by the closure of Catholic schools in their neighborhoods.

"We've lost credibility within some of these communities," Chappell said. There cannot be true healing until the wounds are addressed, she said.

"We have to be able to admit our own sinfulness in order to move forward," she said. "When it comes to racism, it has affected all of us, not just people of color."

Brown said the fight against climate change and the underlying pollution that causes it must be with the people affected by it, not just in the halls of political power and corporate boardrooms.

"We have to be there, we have to be speaking up, because no one else is getting into this hornet's nest," she said. "We're choosing who's living and who's dying."

Being present with those suffering from racism, migration and climate change is critical, Perales said.

"We need to invite lay men and women, people of color, and hear their stories, find out where they're coming from," Perales said. "When we're hearing what's ailing them, that's where we find ourselves."

Brown sang a poem in which the dawn winds urge the listener to step across the threshold into a new world rather than going back to sleep.

"I beg all of us not to go back to sleep," she said. "Our future depends on all of us stepping through that threshold, arm in arm as brothers and sisters."

Though Sr. Donna Gribschaw, of the Congregation of Divine Providence in Pittsburgh, Pennsylvania, made clear the resolution would be voted on as-is and was not open to amendments, several sisters said there were points they would have liked to see included.

Once the resolution was approved, the assembly sang a refrain they have repeated all week: "God will delight when we are creators of justice and joy."

Later in the day, the organization had its transition of officers, saying goodbye to those leaving office and introducing those just starting their terms.

García, a Global Sisters Report contributor, is a 2009 graduate of the Oblate School of Theology, and has overseen her congregation's technology and communications. She also co-founded and directed Santuario Sisterfarm, an ecology center in Boerne, Texas, dedicated to cultivating biodiversity and cultural diversity.

Santuario Sisterfarm also established Sor Juana Press, which published books by and about Dominican sisters; García was founding editor. She has also served as director of communications and development for St. Mary's University School of Law in San Antonio, Texas; and vice president for membership and media communications for Common Cause in Washington, D.C. 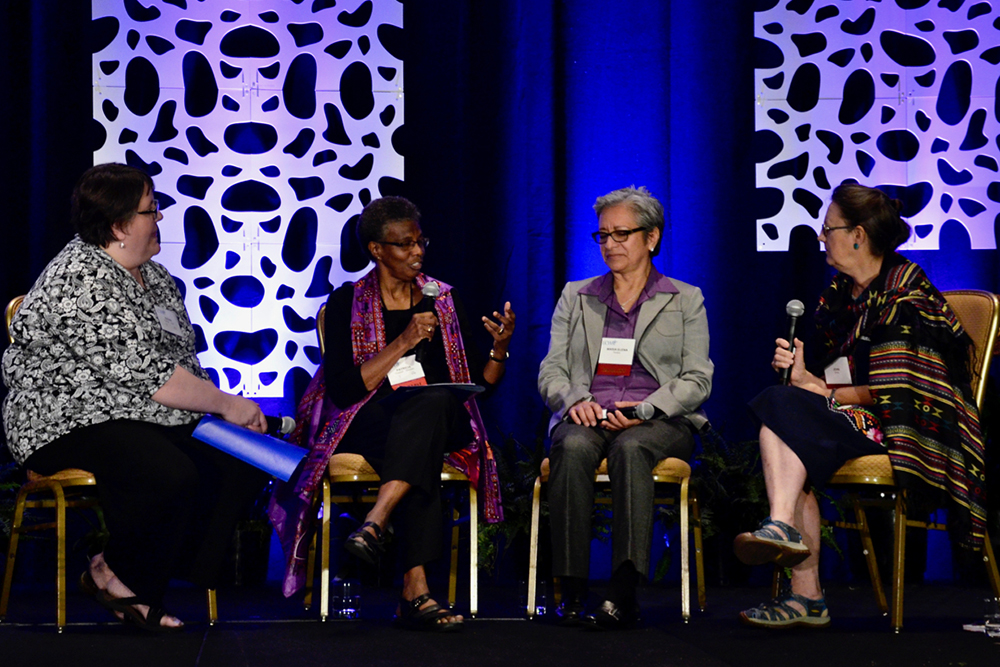 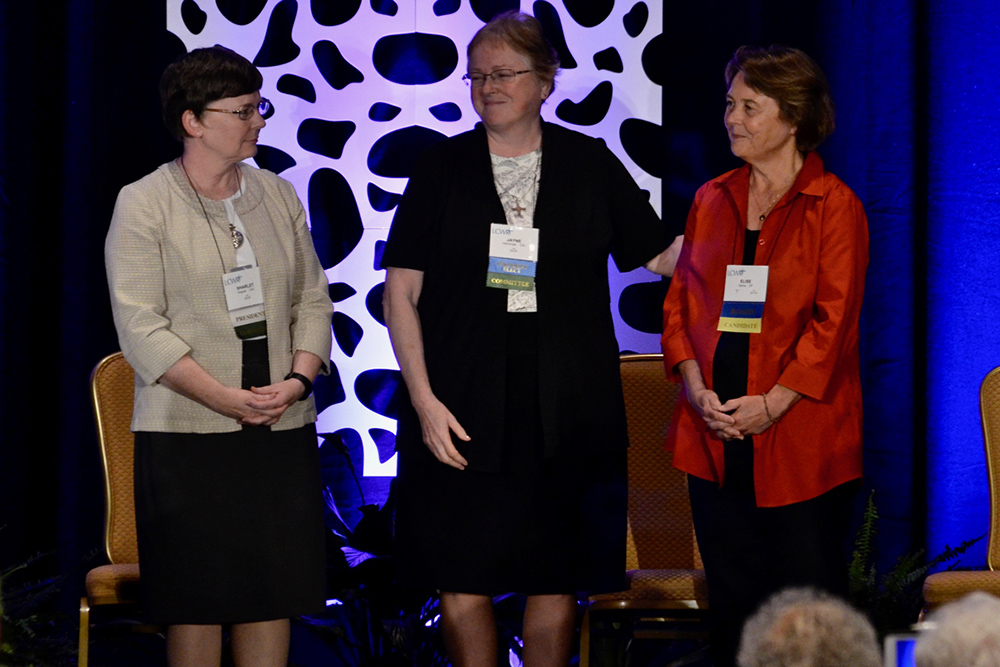