The church does not have a mission — rather, God's mission has a church, a priest told a gathering of women religious Thursday morning.

Divine Word Fr. Stephen Bevans told approximately 800 members of the Leadership Conference of Women Religious gathered here for the group's annual assembly that only by focusing on the Holy Spirit can they quench the thirsts of the world.

To live God's mission, Bevans said, the church must live in what he called "prophetic dialogue" — "an openness in contemplation to discover the thirsts of the world and a determination in humility to work for the slaking of those thirsts."

Bevans' address outlined one of the paradoxes of the Holy Spirit — whom he referred to as "she" throughout his talk — by having the crowd repeatedly recite a part of a hymn by James K. Manley: "Spirit, Spirit of gentleness, blow through the wilderness, calling and free. Spirit, Spirit of restlessness, stir [us] from placidness, wind, wind on the sea."

Bevans said the world longs for the water of integrity, the wine of hope, the nectar of justice and the elixir of beauty, adding that the spirit's awakening of those longings requires us to try to meet them.

He talked of those leading the charge in integrity, such as Malala Yousafzai and Nelson Mandela, and hailed as prophets Immaculate Heart of Mary Sr. Sandra Schneiders and Benedictine Sr. Joan Chittister.

The thirst for justice, he said, is why people are part of Call to Action or protest annually at the School of Americas, now the Western Hemisphere Institute for Security Cooperation, in Fort Benning, Georgia. And the thirst for beauty is great because of the violence in the world, he said.

"Stephen, you said you were going to give a talk about spirit and that you would also talk about mission subtly," St. Joseph Sr. Marcia Allen, who will become the group's president Friday, told him afterward. "I don't think any of us can figure out how that was subtle."

LCWR is made up of 1,400 Catholic women religious who are leaders of their orders in the United States. The group represents about 80 percent of the nearly 50,000 U.S. women religious.

"He reminded us that these deep thirsts we feel are the gift of the spirit," McCarthy said. "If you get in touch with those deep longings, you can't not respond to those needs of the world."

She also loved that Bevans said prophetic dialogue is both contemplative and true conversation.

"A lot of people think that contemplation means being quiet," she said. "So I've started talking about it as contemplative engagement — it's being present and really listening instead of listening to what we're going to say back to them."

Sr. Susan Francois, a Sister of St. Joseph of Peace, welcomed Bevans' thoughts on the Holy Spirit in the world.

"I love that the Spirit is in the messiness and the irritants and that we are called to be present in that and moved by that," Francois said.

Bevans spent nine years as a missionary to the Philippines and is a professor of mission and culture at Catholic Theological Union in Chicago, where he has taught for 26 years. His address was rife with quotes from others' writings, speeches, poems and even songs, including the cowboy song "Cool Water" by the Sons of the Pioneers and Marty Robbins.

"He's a poet," said Sr. Cecelia Cosgrove of the Grey Nuns of the Sacred Heart. "It was truly profound."

Cosgrove said she appreciated Bevans' reminder of the need for humility.

"We can't meet [the world's needs] personally, but we can in spirit," she said. "If we keep operating out of that spirit and we share that spirit, then there can be that hope."

Read about the other keynote address by Sr. Janet Mock: Changing reality of religious life takes stage at LCWR conference 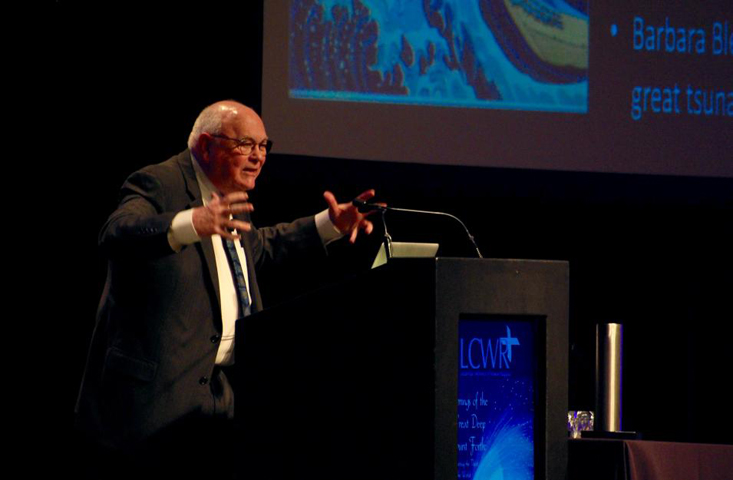 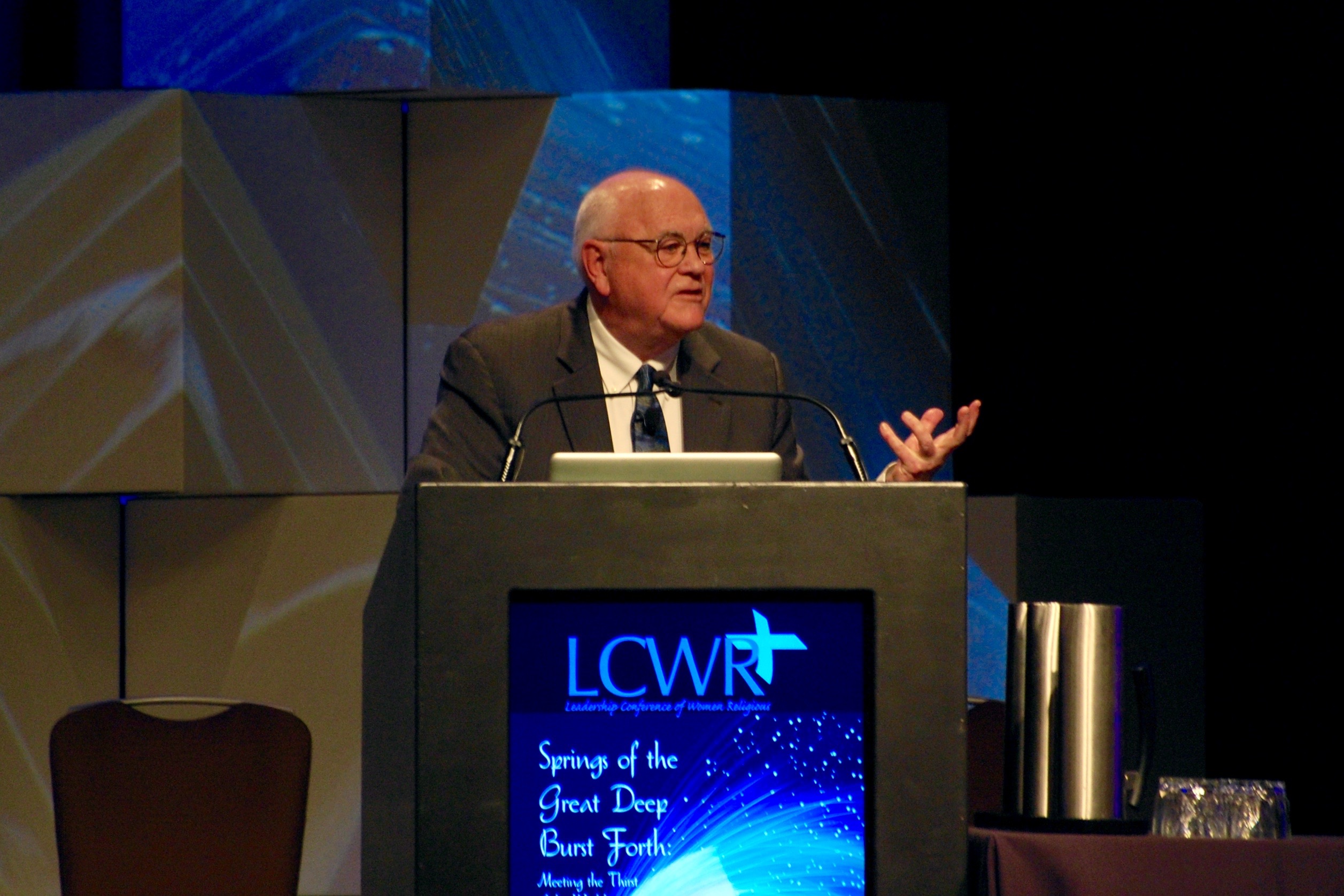