Catholic sisters could be of greater service to the church in various parts of the world were they able to "go a step further" and be ordained as deacons, says the leader of the global network of some 500,000 Catholic women religious.

"Very often in different parts of the world we are doing most of the work that needs to be done," said Sr. Carmen Sammut, president of the International Union of Superiors General (UISG).

"We are living very much in the periphery . . . and priests are very rare in some of the places," said Sammut, speaking in a GSR/NCR interview Friday. "There are services that we can give to the church, especially to the peripheral church where we are, which would be opened if we were women deacons."

Sammut, whose organization comprises about 1,900 leaders of the world's congregations of Catholic sisters and nuns, was answering a question in response to news that Pope Francis will be creating a commission to study the possibility of women serving as deacons in the Catholic church.

Her group had asked Francis to consider creation of such a commission in an audience between about 900 of their members and the pontiff at the Vatican on May 12.

As first reported in NCR, the pope welcomed the proposal, saying he was aware that historical scholarship suggests women served as deacons in the early centuries of the church. "I accept," said Francis, adding: "It seems useful to me to have a commission that would clarify this well."

Sammut said that in many places of the world Catholic sisters are "already doing quite a bit of what a deacon should be doing" but that there are certain services they cannot provide because they are not members of the church's clergy, such as serving as ministers in marriage ceremonies or for baptizing children.

"Some people have thought that what we want is an honorific title," she said. "It is not. I don't think we are looking for that."

"Very often, we are the ones to whom people come to tell us what they are living," she said.  "All this is happening already."

"Of course, we don't call ourselves deacons because we are not," Sammut continued. "But I don't think it would change very much. It would only enable, maybe, the person to go a step further with the people."

Deacons are ordained members of the Catholic clergy who can conduct certain ministries in the church. Unlike priests, they cannot celebrate the Mass or hear confessions. Currently, the role is generally open to married men who are 35 or older.

Many church historians have said, however, that there is abundant evidence that women served as deacons in the early centuries of the church. The apostle Paul mentions such a woman, Phoebe, in his letter to the Romans.

Sammut, a native of Malta who was reelected for a second three-year term in her UISG position at the end of the groups' triennial plenary assembly in Rome last week, said she was "very surprised" by the international media attention that Francis' decision to study the possibility of women deacons attracted.

"I didn't think that is was like something that would make news because we were only asking to open up the study," she said. "We're not, for me, doing anything very sensational."

"However, obviously I suppose it is that there is a thirst for this," she continued. "Otherwise, why would people take it up?"

Members of the UISG met with Francis for about 75 minutes in their May 12 audience. Besides asking about women deacons, they also posed three other questions about the obstacles they said women religious face in the church.

Sammut said her group had solicited the questions by making an "open call" to its regional groups to ask what they would like to say to the pope. She said the question on women deacons "came from different parts of the world, so we couldn't leave it out."

The leader said she was "very happy" with Francis' response.

"I was very happy," said Sammut. "He could have just scrapped it and said this has already been done, there is nothing else, or your question doesn't come at the right moment."

"But instead, he said, 'Yes, I do agree,'" she said. "I suppose that he will follow that because he always follows what he says.

"I was and we were very happy that he accepted that and that obviously it is a question that can be reopened, if he says it," she continued.

Sammut said she was also encouraged by the pope's response to a question the sisters asked about how leaders in the church often speak about women religious but not with women religious.

The UISG leader said the group asked that question partially because the Vatican's Congregation for religious life — the Congregation for Institutes of Consecrated Life and Societies of Apostolic Life — had recently hosted a plenary assembly without inviting representatives of the women religious group to take part.

"We were very disappointed at the last assembly; we were not invited," she said, explaining that her group was told that the only people invited to assemblies of Vatican offices are the official Vatican-listed consultors to those offices.

"Those are the people who are invited to the assembly," said Sammut. "And in an assembly for religious life, where three-quarters of religious are women, all or nearly all the consultants are men."

The Vatican's Annuaro Pontificio, the annual directory for the city-state, lists that there are four bishops, 11 priests, three sisters, and two laywomen working as consultors for the religious congregation.

"These are the type of places where we think that we should be," said the UISG leader. "It would be only normal, I think, if you are talking about religious life, you are inviting women religious to speak about it, to be at the table."

"I think there's still a lopsided idea of the church as the hierarchical church, where it stops at bishops," she said. "This change of mentality needs to be made."

Sammut is also the leader of the Missionary Sisters of Our Lady of Africa, an international congregation founded in Algeria but that now has its headquarters in Rome.

She spent 28 years in Africa before joining her order's leadership team, serving as a teacher during those years in Algeria, Tunisia and Mauritania. She speaks fluent Maltese, English, French and Arabic.

The UISG leader said that during her time in North Africa, where she was one of a "very, very few" Christians in a Muslim environment, she experienced a church that sought to "bridge gaps" among different peoples.

"So the type of church I've lived in in the 30 years before I came to Rome was a very atypical type of church, which has nothing to do with the Vatican," said Sammut, saying she taught at schools with thousands of students where she would be the only Christian.

"Yet, I felt that there was a place for me and for us as witnesses to the great love of God for these people," she said.

"The model that we had in North Africa was very much the model of a small church [which] is always walking together," said Sammut, mentioning how her wider community in Algeria experienced violence and how she lived through parts of Tunisia's 2010 revolution. 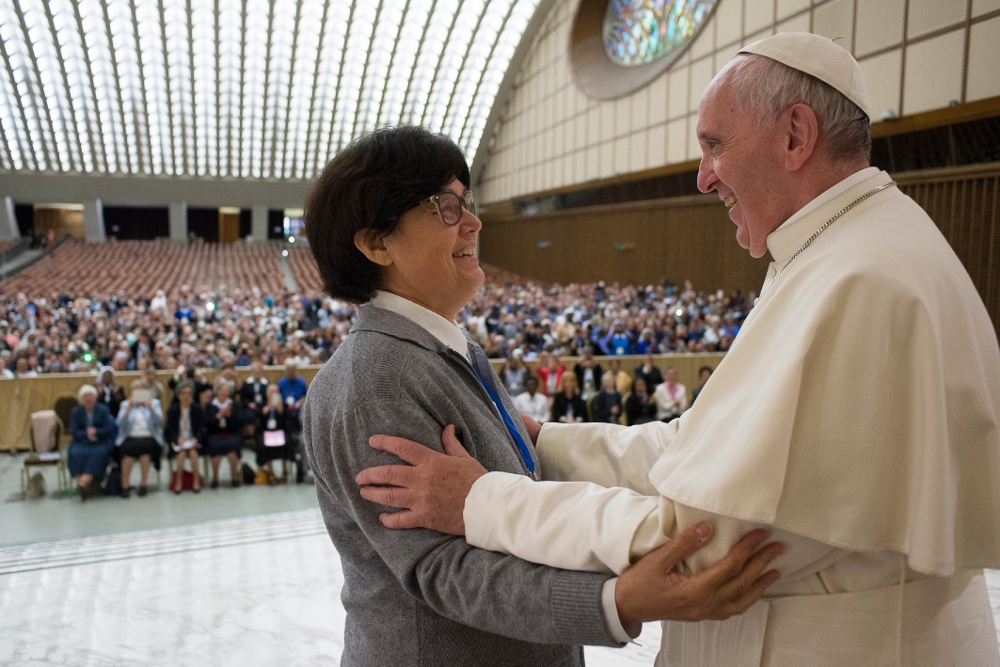 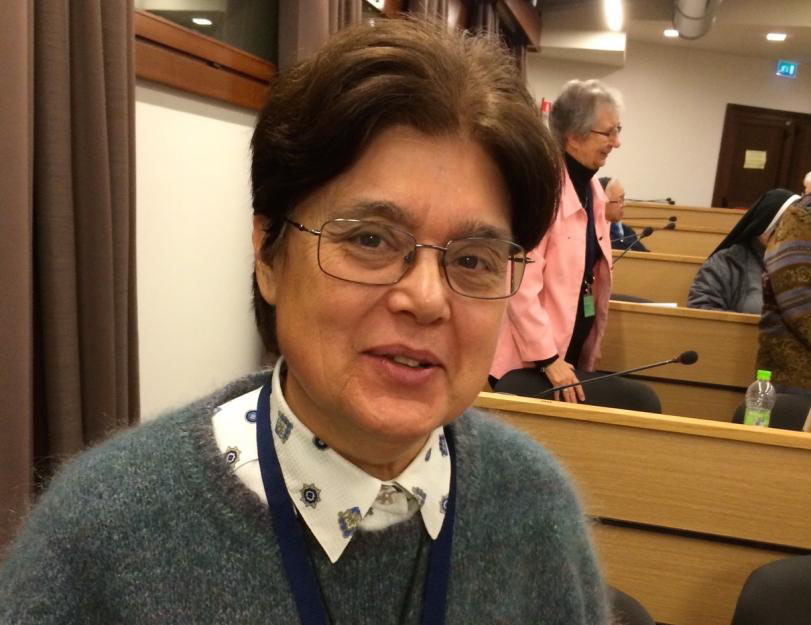