You don't have to go to a convent to celebrate National Catholic Sisters Week this year, but if you do, expect to find open doors, smiling faces, and sometimes even cookies.

National Catholic Sisters Week, held this year March 8-14, is an annual celebration honoring women religious with an eye toward encouraging young women to consider a vocation for themselves.

In a major change from NCSW's first two years, when the vast majority of events were held at or near St. Catherine University in Minnesota, organizers are encouraging and supporting events around the nation through mini-grants of up to $1,000. That means NCSW could be in a convent, church — or even on a computer — near you.

You could spend the weekend experiencing the monastic life with the Benedictine Sisters of Perpetual Adoration in Clyde, Missouri; have supper with the Sisters of Providence in River Grove, Illinois; do service projects with the Dominicans in Grand Rapids, Michigan; or have cookies with sisters of from various communities in New Orleans.

Molly Hazelton, who is co-executive director of NCSW with Dominican Sr. Mary Soher, said the idea is to let the larger community know about the sisters all around them, sisters who may be nearby but are not often seen.

"We realized that a successful campaign happens everywhere, not just here," Hazelton said. "Sisters are everywhere across the country doing good work. Some communities have been in place going back to the 1800s. . . . We're trying to bring the outside in."

That's not to say there won't be plenty happening at St. Catherine University: A baker's dozen events are taking place in St. Paul, Minnesota, with more events nearby, including a panel discussion on the habit as well as a discussion of young adult novels.

The idea of spreading the celebration across the nation emerged from a project in the first year of NCSW, when one congregation put together a show of art work by sisters. Organizers thought they might get 20 people to come view the exhibit. Instead, there were 300.

"When you invite and engage the community, people are interested in doing that. Sisters are constantly surprised at how interested people are," Hazelton said. "It's easy for us to plan a celebration, but for sisters that don't want to celebrate themselves, the question becomes: How can you work with the people around you? That's why our call to communities of sisters in particular is about how they might want to interact with the outside."

Christina Capecchi, a spokesperson for NCSW, said that in the past, many women became sisters because they were inspired by the women religious they had as teachers in Catholic schools. As the number of sisters has fallen, that source of new vocations has largely disappeared.

"This is at the heart of trying to counter that," Capecchi said. "Exposure looks a little different in this day and age. Sometimes 'exposure' today means Instagram."

Or it could mean an event like Standup Sisters, a storytelling forum that organizers have said will be similar to The Moth Radio Hour, which can be heard on public radio. The March 14 event in Pittsburgh will feature the Sisters of Charity of Seton Hill, and future versions will highlight other communities.

March 3, Sisters, Servants of the Immaculate Heart of Mary Maxine Kollasch and Julie Vieira of A Nun's Life Ministry are broadcasting live at 4 p.m. (CST) from a Motherhouse Road Trip at St. Rose Convent in La Cross, Wisconsin.

The changing times do not mean, however, that young women are less interested in vocations, Capecchi said, adding that NCSW officials repeatedly see how quickly and strongly young women connect to the sisters they meet.

"We have found again and again, these young women — whether they consider themselves religious or not — they're just in awe of these sisters," she said. "They're blogging about their relationships with them, they just admire the sisters so much. . . . Of course, their work with social justice, that really excites the young women we work with. To these girls, they're heroes."

NCSW officials said there is no way to know how many women have chosen vocations because of their events, but they do know of at least two who have done so.

NCSW is funded by a grant from the Conrad N. Hilton Foundation, which also funds Global Sisters Report. 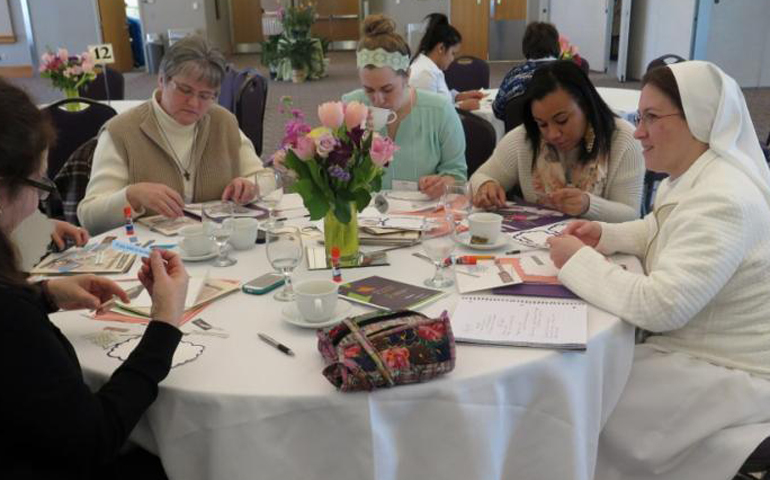 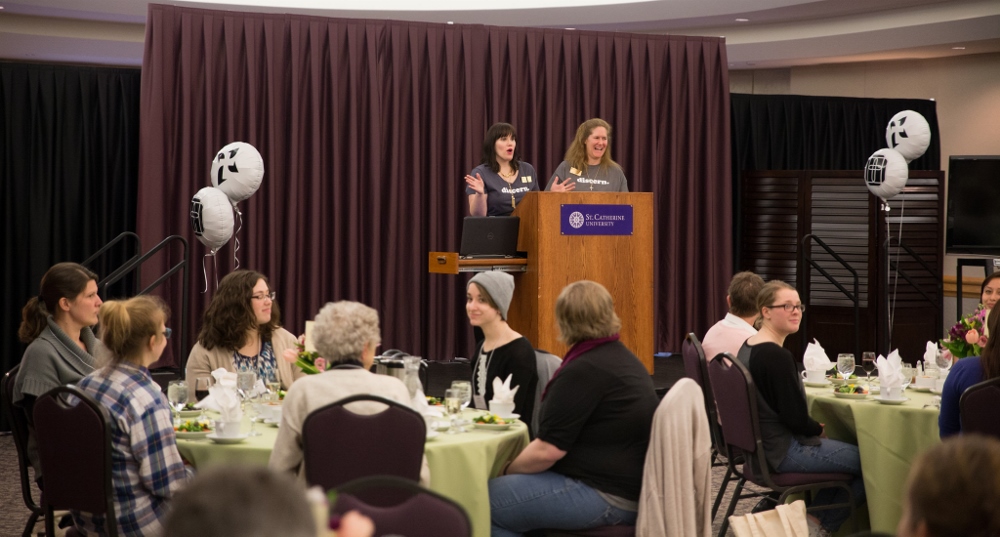 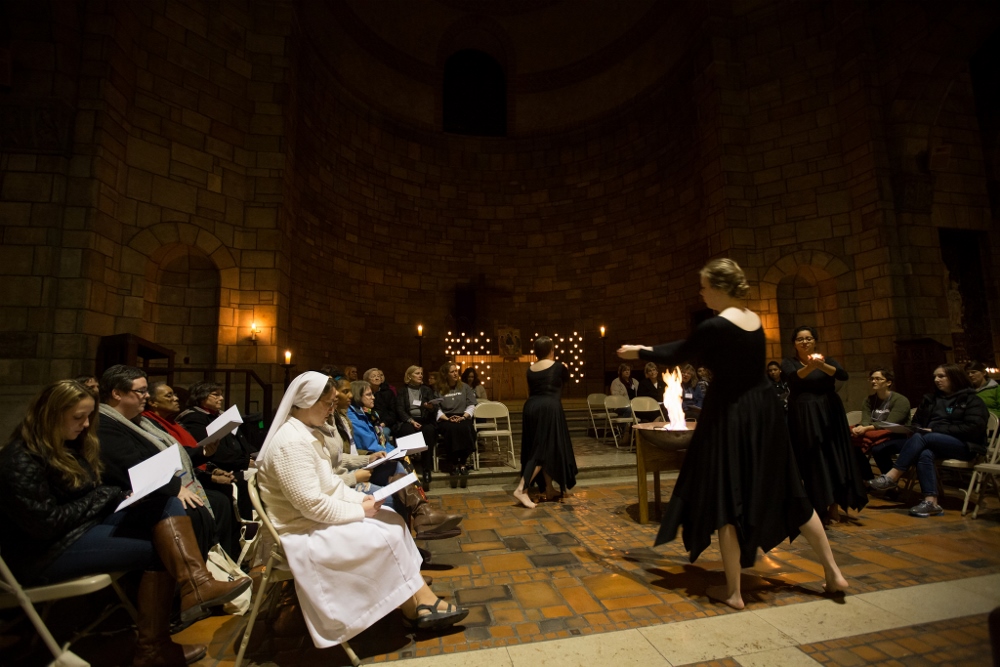