For the last 50 years, the prevailing narrative in the United States has been that the number of Catholic sisters is steadily declining. However, in a special report released today, the Center for Applied Research in the Apostolate says maybe we should reconsider that blunt storyline.

“Past studies that have presented the overall population of Catholic sisters in the United States have focused on the rapid decline that the total numbers revealed,” reads the new report, “but such studies did not provide the more nuanced narrative of what decline meant for the individual institute.”

What the researchers found is that population trends are much less monolithic than what had previously been reported. Some congregations are growing, others are reorganizing internal structures, which may mean larger and fewer provinces. Some have returned to their international homelands.

Are total numbers down? Yes. The population of American Catholic sisters peaked in 1965 with 181,421 sisters, while today there are less than 50,000 sisters – a decline of almost 73 percent. (The number of U.S. women religious today is about the same as 100 years ago.) CARA reports that much of the decline story can be attributed to a compounding of facts, beginning with the mass exoduses from certain congregations in the 1970s as they tried to work out the implications of Vatican II, which had simultaneously called for sisters to bring themselves up to date and to return to the sources of their charism.

Some congregations split or disbanded at this time. Case in point: CARA reports that after being unable to reach an acceptable compromise with the Archbishop of Los Angeles on what “up to date” meant, exactly, 300 sisters from The California Institute of Sisters of the Most Holy and Immaculate Heart of the Blessed Virgin Mary renounced their canonical vows and formed a lay movement called the Immaculate Heart Community.

So drastic declines like these, plus the very real fact of aging sisters (the report states that there are more Catholic sisters in the U.S. older than 90 than there are younger than 60), and the fact that women entering formation are not doing so at a rate quick enough to neutralize downward trends – all of this is part of the decline story.

What’s not a part of the decline story is any idea that American women are no longer interested in religious life. Fewer women are in formation, true, but they are there. And they’re more diverse. CARA reports that while 90 percent of perpetually professed sisters are Caucasian, 40 percent of those who entered in the last ten years are of “another race or ethnicity.”

And despite what some have speculated, “traditionalist” congregations are not drawing more entrants than those associated with the Leadership Conference of Women Religious. According to CARA, both the LCWR and the Council of Major Superiors of Women Religious have about equal numbers of women currently in formation.

Another underreported aspect of the American sister trend story, CARA reports, is the fact that some congregations are growing. The Dominican Sisters of the Congregation of St. Cecilia in Nashville have seen growth of 76 percent since 2000.

Other congregations are also growing, just not in the United States. The number of Sisters of Charity of Seton Hill, for example, have been dropping steadily in the Pittsburgh-area where they originated. But the sisters have seen a “robust” growth in South Korea, where they have been ministering since 1960.

“Decline for these communities inevitably means an honest appraisal of the situation in the United States and a response situated in a global context,” CARA reports. “At time such an appraisal will lead to a withdrawal of members serving in the United States to a ministry deemed to be in greater need of support internationally.”

Ultimately, CARA says it hopes the data they collected can contribute to further study of American sisters, and they have created a database of individual institutes to that end.

“Over the years, this valiant women have adapted to changing circumstances and forged ahead despite challenges to their way of life and ministry,” the report reads. “The U.S. Catholic church is indebted to the ministerial efforts and sacrifices made by women religious in the past and present.” 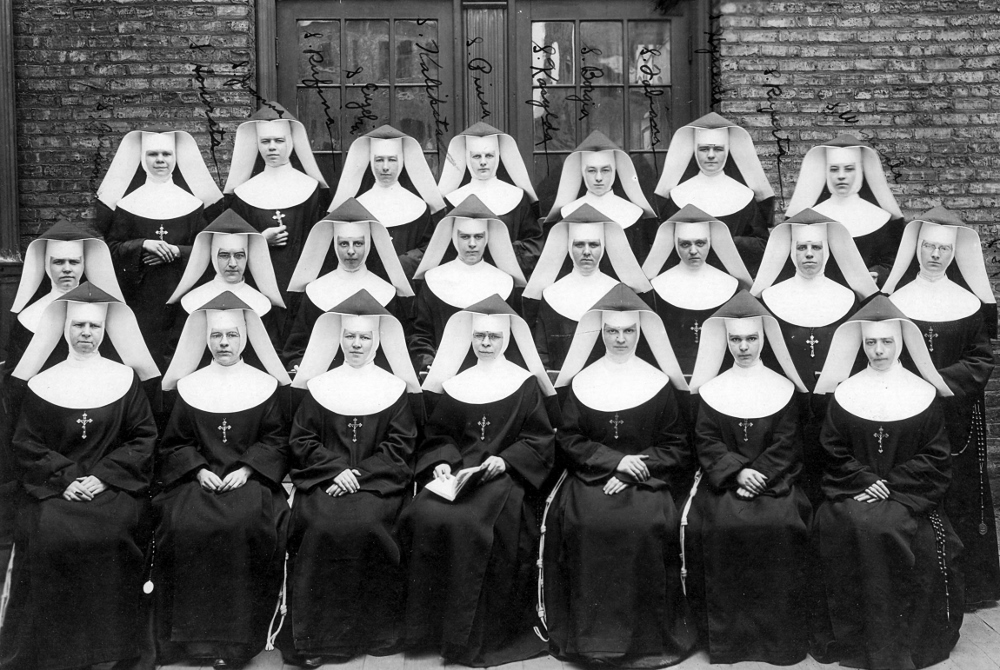