An Italian nun who shot to global fame by winning "The Voice of Italy" talent show is set to star in a stage production of the musical "Sister Act," which opens here in time for Christmas.

Cristina Scuccia, better known as "Suor Cristina" ("Sister Cristina"), wowed judges and audiences last year with her soulful renditions of pop classics by artists such as Alicia Keys. Appearing on stage in her habit, silver cross swinging as she swayed, Scuccia became the unlikely winner of the Italian version of "The Voice" and signed a record deal with Universal.

The 27-year-old is now set to take the next step in her career. The stage production of the 1992 movie, in which Whoopi Goldberg played a singer hiding out in a convent after witnessing a murder, will open on Dec. 10 at Rome's Brancaccio Theater.

Scuccia will take on the role of Mary Robert, a young and shy nun with an impressive singing voice. Discussing her role in the production, Scuccia said she hoped for the support of the pope.

"I think he would support me, because the church must reduce its distance from the people. God bless this musical!" she told Italian news agency ANSA. "Theater is a way to meet others and leave my message of love."

The singing nun's career has not been without controversy, however, particularly when she was criticized for releasing a remake of Madonna’s "Like A Virgin." But Scuccia defended her choice, stating the lyrics are significant as they show the "beauty of the transformation of life," which she saw as related to her experience of finding God. 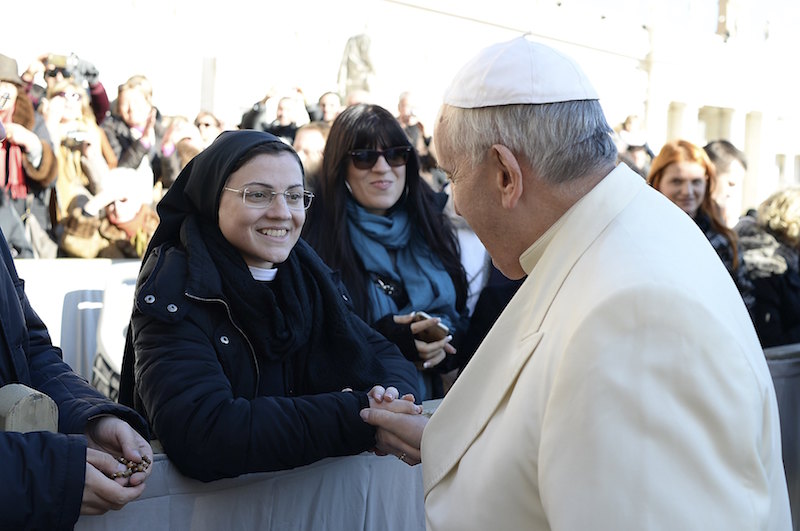