She’s featured in the new book If Nuns Ruled the World and the Huffington Post last year called her “Super Sister.” She’s on the White House’s website as a “Champion of Change.” She’s been featured on CBS News and in The New York Times.

And now, Sr. Tesa Fitzgerald is a millionaire, of sorts.

Thursday, the Sister of St. Joseph was named the winner of the annual Opus Prize, a humanitarian award that comes with a $1 million prize for her charity, Hour Children.

The Opus Prize Foundation partners with a different Catholic university each year to recognize “heroes of any faith tradition, anywhere in the world, solving today’s most persistent social problems.” This year, the foundation partnered with Gonzaga University in Spokane, Wash., where staff, faculty and students identified nominees and narrowed the list to three finalists.

Hour Children is a New York not-for-profit that helps mothers released from prison get their lives in order by providing housing, employment training, mentoring and day care. Last year, the agency – in Long Island City, Queens – had $3.7 million in revenue, so the $1 million grant will be a massive infusion of cash.

Fitzgerald was traveling Friday and unavailable, but officials at Hour Children said all of the prize will go to providing housing.

The agency oversees three apartment buildings, three thrift stores, a day care center, an after-school program, a job training program, a group home for women with children, a food pantry, a mentoring program, and three communal homes. They also work with women in prisons during their incarceration.

“Sr. Tesa is universally loved and is an exceptionally bright business woman. She is unflappable, compassionate, fearless, and devoted both to the people she serves and her staff, many of whom were at one time incarcerated,” Opus Prize officials said. “When she is ‘working’ the streets of her community in Long Island City, she can tell you not only the name of every mother, infant and child she meets, but their life story as well. Like any effective leader, she has surrounded herself with capable and loyal people whom she empowers.”

Fitzgerald told National Catholic Reporter in 2013 that Hour Children is named for what is so critical in the lives of the children she works with: the hour their mother is arrested, the hour each week children are permitted to see their mothers in prison, and the hour of reunification.

The recidivism rate of women in New York is 29 percent, but the rate of recidivism for the women from Hour Children is 3 percent.

[Dan Stockman is the national reporter for Global Sisters Report.] 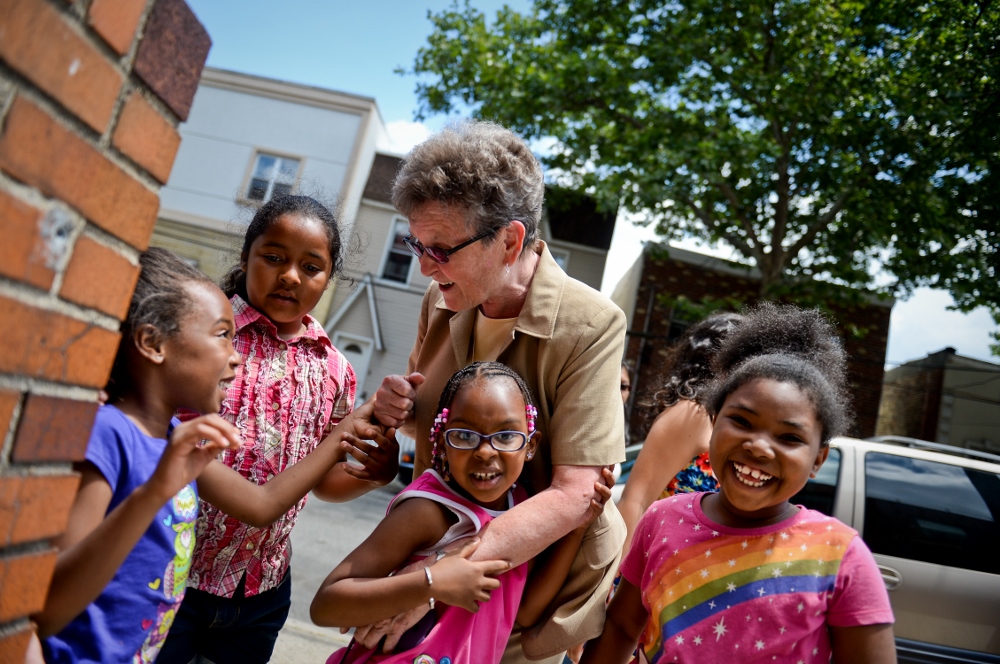