by a GSR contributor

St. Paul de Chartres nuns in Hanoi are upset that a local businesswoman is trying to wrest their former convent lands from them. They have denounced government officials for not dealing with the dispute that heated up last summer. The sisters also claim the officials allowed gangsters and security officers to assault them.

On August 26, the St. Paul de Chartres sisters and lay supporters demanded a response from Natural Resources and Environment Department officials in Hanoi regarding their complaint over who controls their historic convent lands in the Vietnamese capital. Department officials received the complaint on July 18 and were required by law to report their findings to the nuns within 30 days. But the officials made no reply despite repeated phone calls and visits by the sisters to government headquarters. The nuns were told that the officials were out of the office.

So on August 28, more than a dozen nuns and lay people presented a petition to the Hanoi People's Committee of Hoan Kiem District and the Hanoi Public Security Department. They also sent the petition to Prime Minister Nguyen Xuan Phuc, President Tran Dai Quang and other state agencies.

In their petition, the nuns charged that Vice Inspector Nguyen Quang Ngoc and other officials refused to respond about the case — but then asked that three St. Paul representatives meet with them in a conference room instead. The sisters then asked that 10 people from their group, including lay members, meet with the officials. Fearing for their safety, the sisters also asked that the door and windows to the conference room be left open.

The meeting did not happen.

"Later the officials said the office hours were over and asked us to get out of the headquarters," the petition said. The officials turned off the lights and closed the doors while the nuns and supporters were still waiting in the hallway.

"Some 100 men approached us, shouted at us, assaulted us and forced us to get out," said one of the sisters at the scene who asked not to be identified. "Some threw water at our cameramen, while police stood watching the scene."

The sisters accused "officials of hiring gangsters to assault us with the support of the police." They also demanded to know the official results from the handling of their complaint, as required by the Hanoi People's Committee, the source said.

The nuns first launched their complaint to the government June 14, when workers started building on their former convent land near their current house. The department officials had illegally granted a land-use-rights certificate and building permit to a local entrepreneur named Tran Huong Ly. Vietnam does not recognize private ownership of property.

In their strongest protest, about 50 sisters and lay Catholics peacefully marched by candlelight in the early morning hours of July 25 to the disputed site near their convent, where they prayed and sang hymns.

After that they walked to the headquarters of the People's Committee, asking district officials to give them a record of a July 22 meeting between the two sides. During that meeting, 30 nuns, including elderly ones in wheelchairs, and lay Catholics asked the district government to suspend construction on their land.

On July 28, the Hanoi People's Committee ordered Ly to stop the construction and asked the Natural Resources and Environment Department to deal with the nuns' complaint by law.

The nuns have stated that the land belongs to them because they still hold ownership papers. "We have sent our complaints to levels of the government many times and so no one has rights to build on our land," they said in their July 20 complaint.

The disputed land is part of their convent and facilities for patients and orphans the St. Paul de Chartres Sisters established in Hanoi in 1883.

Government control of Catholic church property is a heated issue in Vietnam.

In 1954, when the communist forces took control of North Vietnam, most of the sisters fled to the south. Those who stayed in Hanoi were persecuted, imprisoned and prevented from doing pastoral work. The communist government "rented" or "borrowed" their facilities, along with other church-owned properties, to use for public facilities and did not return them. Later government authorities sold the property to individuals for private interests.

Since 2008 the government has banned officials from converting former church properties to other purposes in an effort to avoid social unrest. Such disputes led to the 2010 resignation of Archbishop Joseph Ngo Quang Kiet of Hanoi as the Vietnamese government established diplomatic relations with the Vatican. The government also demanded facilities that were no longer used as schools, heath centers or public agencies either be returned to the original owners or be maintained in their present use.

The St. Paul nuns did not return to work in Hanoi until the 1990s when Vietnam opened its doors to the world. They officially re-established communities in 2010.

The Government Committee for Religious Affairs recorded 24 million followers of 14 religions, out of the country's 94 million people. Among them are 7 million Catholics and 1.2 million Protestants. 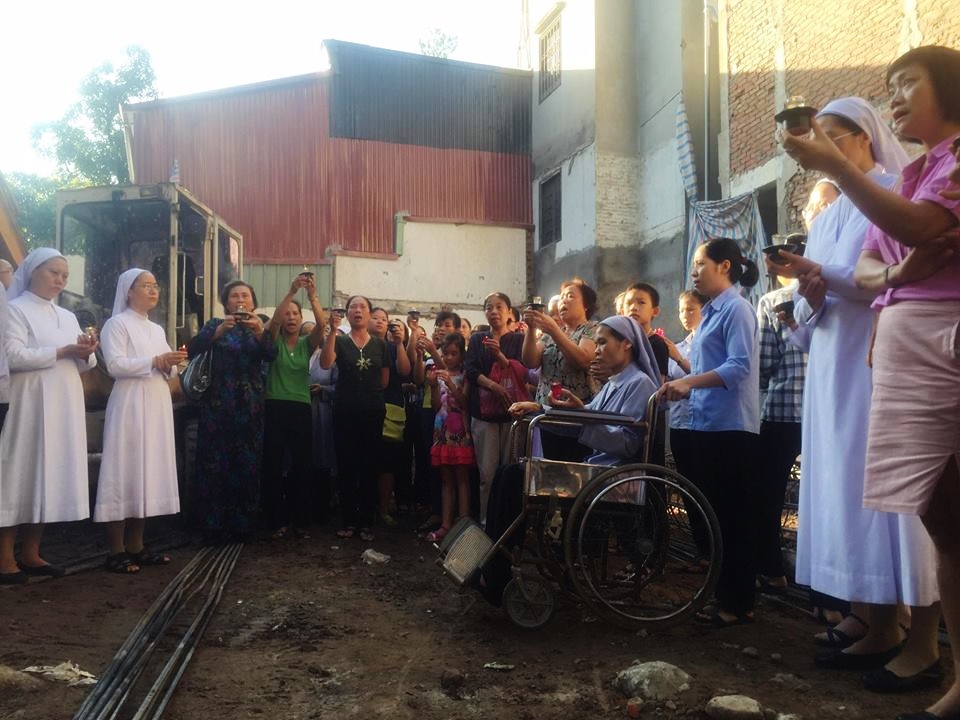 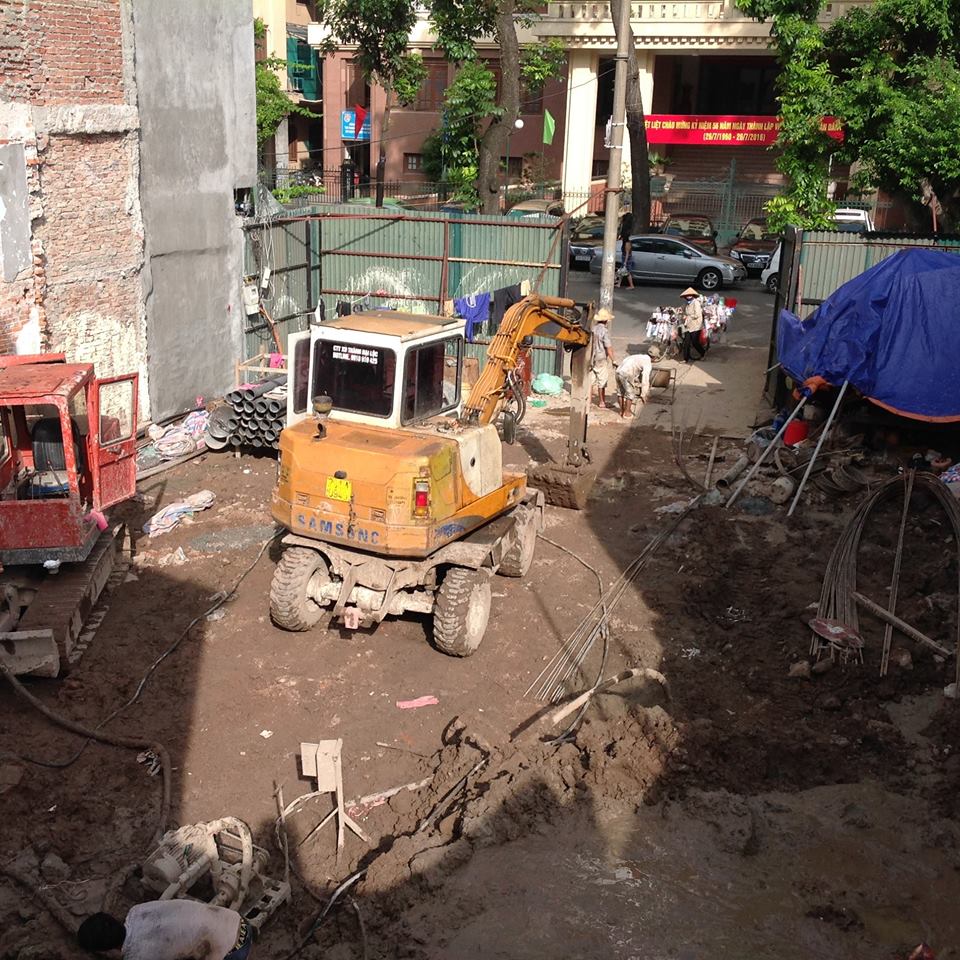 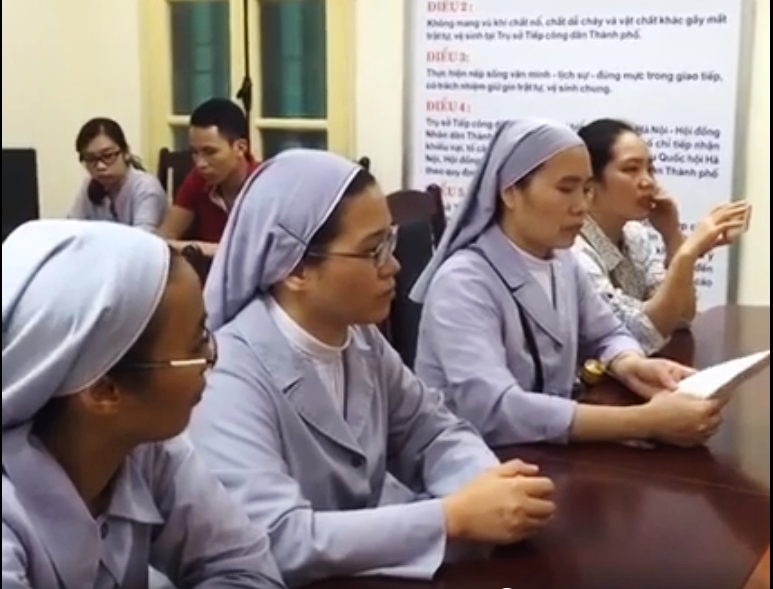