As the largest leadership organization for U.S. women religious prepares to gather for four days in Nashville, Tenn., Aug. 12-16, the group appears to stand on a precipice.

But what lies on either side or what path the membership will choose to follow, no one can say.

The Leadership Conference of Women Religious has been under the shadow of a Vatican-ordered doctrinal assessment since 2009. Following the investigation in 2012, the Congregation for the Doctrine of the Faith ordered it to reform its statutes and appointed a bishop to oversee changes.

Now, the situation is starker: In April, Cardinal Gerhard Müller, prefect of the congregation, ordered that after this assembly, speakers at the group's events must be approved by Seattle Archbishop J. Peter Sartain, who heads the five-year reform agenda for LCWR.

But will LCWR members choose to follow Müller's edict that Sartain have approval power over speakers at major events? Or will the group decide to stick to its contention that the sanctions are "disproportionate to the concerns raised and compromised the organization's ability to fulfill its mission"? 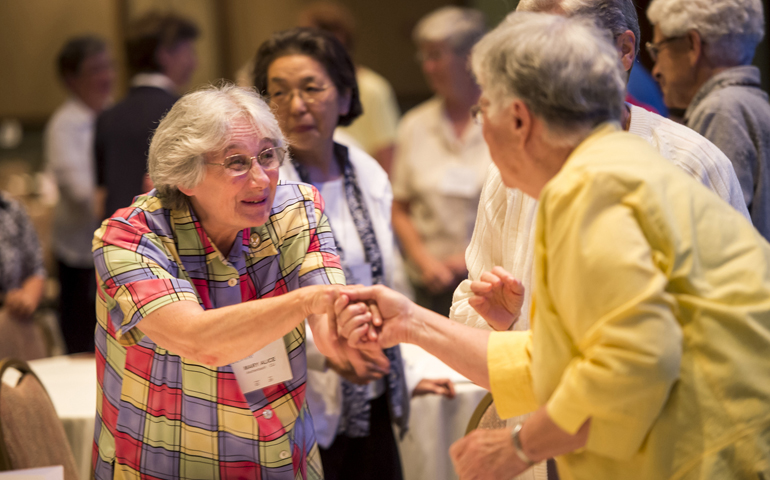 Attendees exchange the sign of peace during Mass at the 2013 assembly of the Leadership Conference of Women Religious. (CNS/Roberto Gonzalez)