Study shows most in the US believe women religious are trustworthy 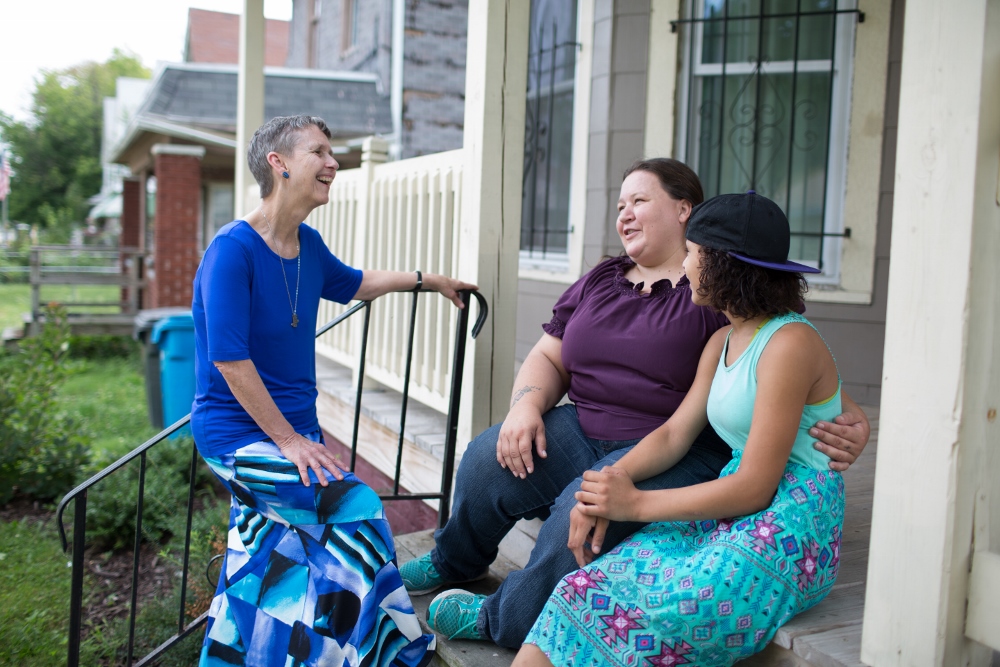 One of the sisters who is profiled on Sister To All is Ursuline Sr. Sandy Sherman, left, shown here talking about LeeAnn Cambell, who founded Rahab's Heart in Toledo, Ohio. (Provided photo)

A significant majority of U.S. Americans believe Catholic women religious are trustworthy and that their work is important, but many also believe most wear habits, live in seclusion and that their work has little or no impact on non-Catholics, a new study shows.

The Sister To All campaign is based on a research study that shows Catholic sisters are highly respected, but also mysterious to most Americans. The study, conducted by Anderson Robbins Research between February and June 2015, used a series of focus groups in different areas as well as a national telephone survey.

"Sister To All gives us an opportunity to reveal the positive impact of Catholic sisters in the United States, breaking stereotypes and clarifying misconceptions," School Sisters of Notre Dame Sr. Rosemarie Nassif, director of the Catholic Sisters Strategic Initiative at the Hilton Foundation, said in a press release. "Conrad Hilton realized that wherever good things are happening for the marginalized and disadvantaged, there are likely to be sisters not just involved, but making a tremendous positive difference. We hope all who see this campaign will be encouraged to learn more and help us further promote the lives and works of sisters."

The research showed that nearly 3 in 4 Americans trust sisters, and 83 percent believe their work is important. But movies and outdated stereotypes often shape the perception of what a sister is: 42 percent believe the majority of sisters today wear habits, and 1 in 5 believe they live in seclusion. Thirty-seven percent thought sisters' work has little or no impact on non-Catholics.

On the other hand, nearly 9 in 10 Catholics and more than 7 in 10 Americans overall view Catholic sisters favorably — better numbers than the little more than half of Americans who viewed the Catholic church itself in a positive way. But the research also found that sisters have a "halo effect" — When respondents were told about the work sisters do, their favorable perceptions increased not just about sisters, but also about priests and the Catholic church.

When people were asked what they think of Catholic sisters, they told researchers things like: "Putting others before themselves. Being an advocate for the sick, poor, and less fortunate;" "They are beautiful people who have given their life to God;" and "I think about women who do good deeds. Who sacrifice their lives to help others."

The Sister To All campaign is designed to build on the positive views people already have of U.S. women religious and to counter the stereotypes and negative perceptions. It will use a national social media campaign to steer people to the Sister To All website, sistertoall.org, which will honor the lives and work of sisters, including several who will be profiled on the site and their stories shared in the social media campaign. 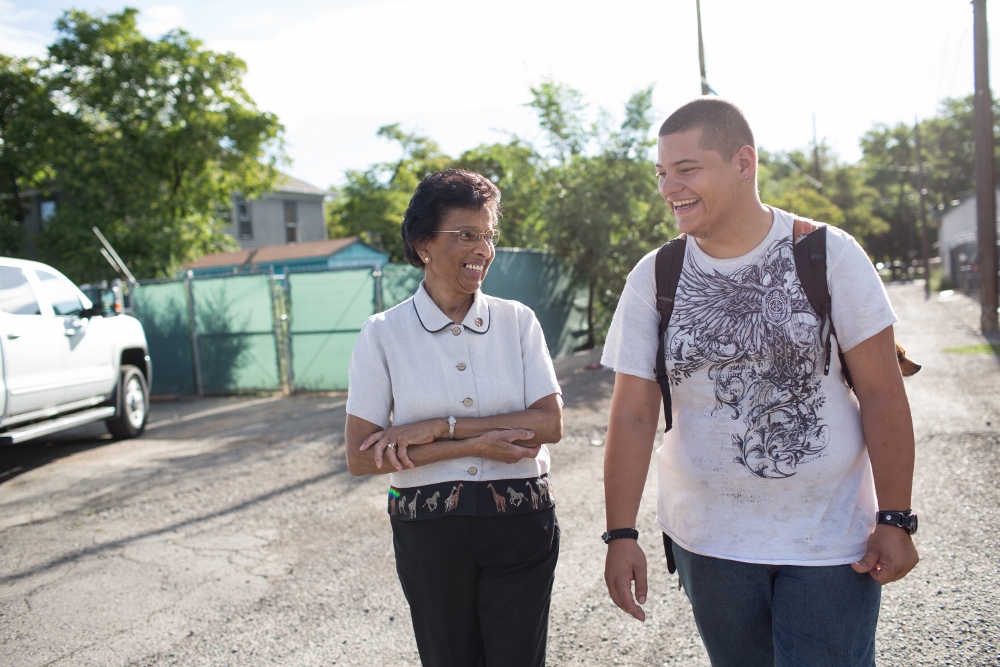 Among those profiled is Benedictine Sr. Karen Bland, executive director of Grand Valley Catholic Outreach, which provides emergency services such as housing, food and clothing to people in need in Grand Junction, Colorado. Bland was recently selected to participate in the Sisters in Public Leadership, a project started by Faith in Public Life, NETWORK, Sisters of Mercy, Adrian Dominican Sisters and others to strengthen the public voices of women religious working for social justice. Bland has worked at Grand Valley Catholic Outreach for the last 17 years.

Also profiled is Adrian Dominican Sr. Heather Stiverson, who teaches at the Dominican Literacy Center in Detroit, which serves residents working to obtain their GED or to learn English or computer skills. Most of her students are Yemeni immigrants who moved to Detroit to work in a factory only to have the plant close down.

Conrad Hilton, the founder of Hilton Hotels & Resorts, supported congregations of Catholic sisters throughout his lifetime and in his will directed that the largest part of the Hilton Foundation's giving would be to Catholic sisters around the world, according to a press release from the Sister To All campaign. The foundation now has approximately $2.5 billion in assets and distributed about $100 million in 2015.

"With shared sense of purpose and unwavering commitment, Catholic sisters improve the lives of millions in remarkable and unexpected ways," Brad Myers, senior program officer of the Catholic Sisters Initiative at the Hilton Foundation, said in a press release. "The sisters had a profound impact on Conrad Hilton's life, and we intend to follow through with his wish to support them as powerful agents for social change in today's world."

Foundation officials have said that Hilton believed that increasing awareness of sisters and the work they do will not only support them, but also increase their numbers, enabling more of that work to be done. The research the foundation commissioned shows that effort could pay off, as 1 in 4 Catholic women has considered becoming a Catholic sister at some point in her life.

"We believe that sometimes the call to become a sister is stifled by competing noise within our culture," Nassif said. "It is our hope that this campaign overrides that noise and inspires women to take a next step in exploring religious life as an authentic option." 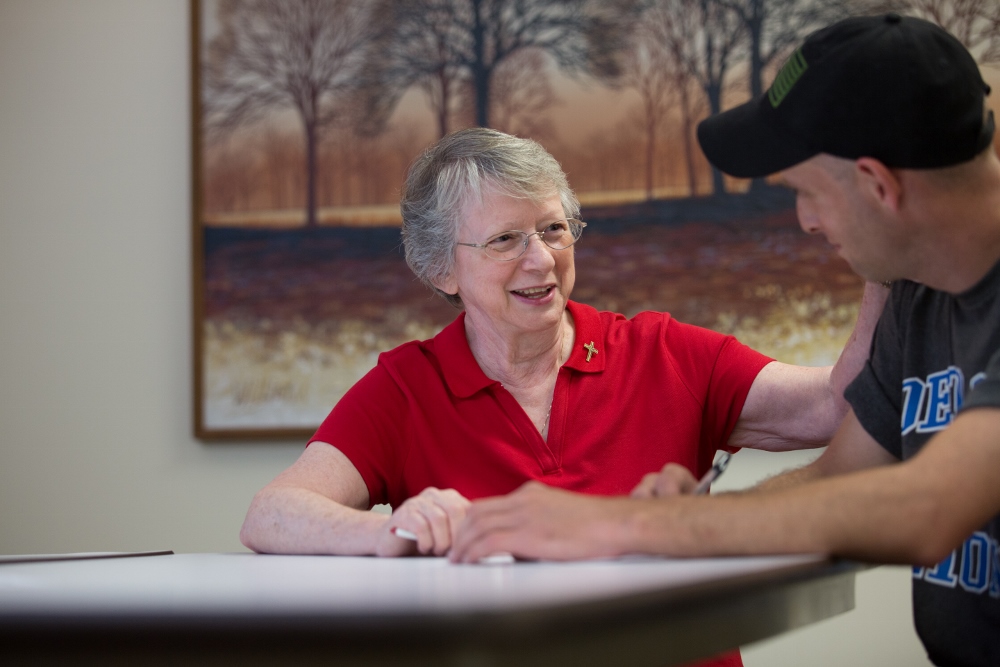 The study showed that women who considered becoming sisters were drawn by the opportunity to dedicate themselves to God or serving and helping others. What kept them from making that dedication? The biggest reason respondents gave was the desire to live a lifestyle that included marriage and children.

Among parents, 2 in 5 said they would "completely" support their daughter's decision to become a Catholic sister (a number that rose to nearly 7 in 10 among Catholics), while 1 in 10 would urge her to reconsider, and 1 in 20 would oppose it outright.

When the question was explored in focus groups, the study says, parents opposed to the idea said they worried about their daughter giving up the chance to marry and have a family.

Though the media usually shows sisters wearing traditional habits, most sisters in the United States do not. But the study found that among Catholic women who considered religious life at one point, twice as many (60 percent) said they would have preferred to wear traditional clothing or a habit as those (31 percent) who said they would prefer wearing simple clothing of the day.

Francesca Koe, the media contact for the Sister To All campaign, did not have a dollar amount for the cost of the campaign but said it will be a national effort. A webinar last week held to fill in grantees and partners on the social media campaign had more than 100 participants, Koe said. 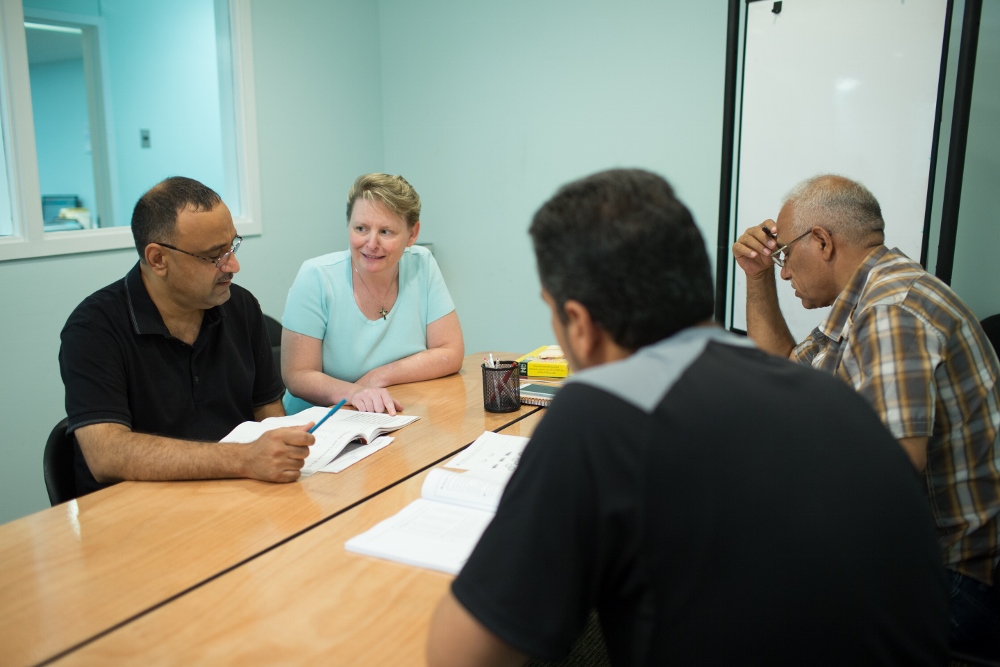 Dominican Sr. Heather Stiverson teaches at one of her orders three literacy centers. In Detroit, Mich., most of her students are Yemeni immigrants. (Provided photo)

Editor's note: The Conrad N. Hilton Foundation is a family foundation, not connected to the Hilton Worldwide, the global hospitality company.