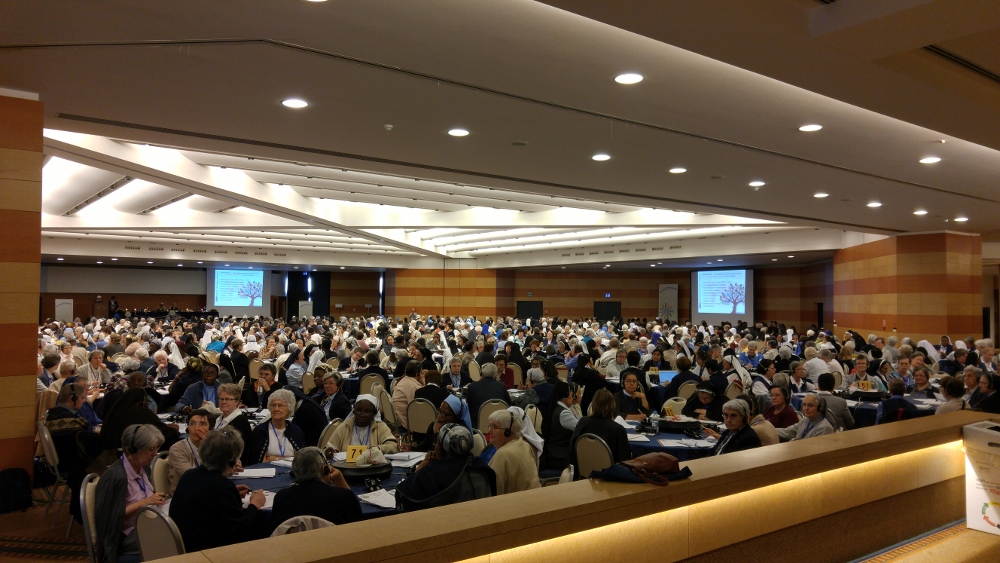 Rome, Italy — The global umbrella group for the leaders of the world's Catholic women religious has created a new advisory council of five female canon lawyers to offer expertise on church law to sisters' communities worldwide.

The International Union of Superiors General (UISG), which has about 1,880 members representing approximately 500,000 global women religious, is calling the group its Council of Canon Lawyers and is asking it to help connect communities in need of canonical advice with sister-experts in their local areas. UISG announced the project Monday, May 9 during its triennial meeting, held through Friday in Rome.

Charity Sr. Marjory Gallagher, a Canadian canon lawyer serving on the council, told GSR its members hope to compile a list of women religious with canon law experience that sisters' communities can contact when they are in need.

"In many countries . . . religious congregations have no canonists to turn to who's a specialist on the whole issue of consecrated life," Gallagher said. "They get really very poor advice and advice that's not really appropriate," she said. "That's why we're trying to do that, and then encourage the general superiors to make use of the women canon lawyers that they've trained, that they've spent money on."

Canon law is the system of principles and rules that regulate the governance and organization of the global Catholic church. Women religious communities may seek canonical advice for a wide range of issues, including the dismissal of individual members or property disputes with local bishops.

UISG began the initiative in early 2015 with funding from the Conrad N. Hilton Foundation, which also funds Global Sisters Report. The group recruited Gallagher and sisters from Italy, Australia, India and Nigeria to form the council.

Council members met for the first time in March 2015 in Rome, then hosted a gathering of 40 women religious canon lawyers in December in Nemi, Italy. Gallagher said the initiative has gained support from the Vatican's congregation for religious life.

She said the council members visited the Congregation for the Institutes of Consecrated Life and Societies of Apostolic Life and met with officials there during the March 2015 meeting.

UISG said it hopes to create a similar council of women religious theologians and biblical scholars.

UISG speaker: Women religious should serve those on the margins, work for structural change

UISG speaker: Women religious should serve those on the margins, work for structural change

Sisters: The wisdom in not endorsing politicians