As part of their triennial meeting this week in Rome, the leaders of the world's orders of Catholic women religious met with Pope Francis at the Vatican on Thursday, May 12.

During the meeting, members of the International Union of Superiors General (UISG) asked the pontiff four questions about their lives and the wider role of women in the global Catholic church.

In response to one of those questions, Francis said he will create a commission to study the possibility of allowing women to serve as deacons in the church, signaling an historic openness to the possibility of ending the institution’s practice of an all-male clergy.

Following is the full text of the questions asked by the women religious, originally spoken in Italian and translated into English by NCR:

Pope Francis, you have said that "the feminine genius is necessary in all expressions of life and society." However, women are excluded from the decision-making processes of the church, most of all at the highest levels, and from preaching at the Eucharist.

An important impediment to the church's full embrace of the "feminine genius" is the tie that decision-making processes and preaching have with priestly ordination. Do you see a way to separate the role of leadership or preaching at the Eucharist from ordination, in a way that our church might be more open to receiving the genius of women in the near future?

2) The role of consecrated women in the church

Consecrated women already work so much with the poor and the marginalized: teaching the catechism, accompanying the sick and the moribund, distributing communion, [and] in many countries conducting the common prayers in absence of priests and in those circumstances pronouncing the homily. In the church there is the office of the permanent diaconate, but it is open only to married and non-married men.

What impedes the church from including women among permanent deacons, just as it happened in the early church? Why not construct an official commission that might study the question?

Can you give us some example of where you see the possibility of a better integration of women and consecrated women in the life of the church?

3) The role of the International Union of Superiors General

What role might the International Union of Superiors General have so that it might have a word in the thought of the church, a word that is listened to, from the moment it brings with itself the voice of 2,000 institutes of religious. Can the church permit itself to continue speaking about us, instead of speaking with us?

• Holy Father, many institutes are confronting the challenge to bring newness to their form of life and their structures, reviewing their constitutions. This is revealing itself as difficult because we find ourselves blocked by canon law. Do you foresee changes in canon law, in order to facilitate this newness?

•  Young people today have difficulty thinking of a permanent commitment, whether in matrimony or religious life. Could we be open to temporary commitments?

•  One of the obstacles is the continual request for money from our local churches: there are contributions, tithes, payments for Sacraments. But religious do not receive a stipend for the services that we do. How can you create a better synergy between the local churches and religious?

•  Carrying out our ministry with the poor and the marginalized, we are often erroneously considered as social activists or as if we are taking political positions. Some ecclesial leaders would like that we might be more mystical and less apostolic. Which value is given to consecrated apostolic life, in particular that of women, from some parts of the hierarchical church? 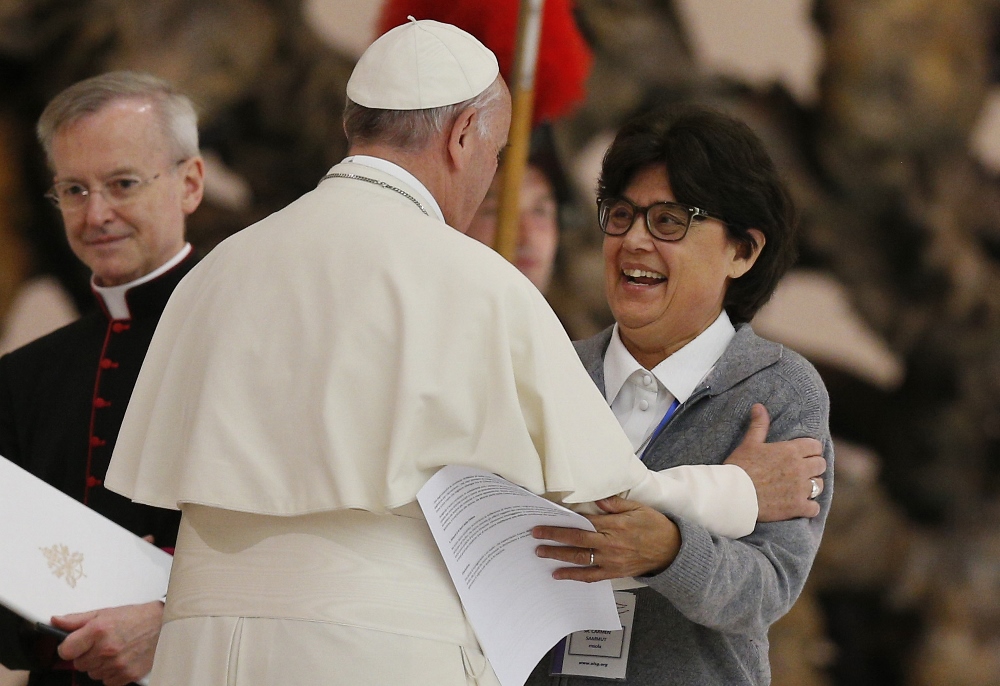