Following a trend among religious congregations throughout the United States, the Ursuline Sisters of Louisville have relinquished their 48-acre property in the heart of the Kentucky city.

On June 25, the Ursuline sisters transferred the lease of their buildings and campus to their Louisville Sacred Heart Schools, the Catholic schools they founded and will continue to sponsor. The transfer is a gift they're calling "A Gift of the Heart to the Heart."

"We have decided that we want to spend our time looking to our future in terms of preservation of our charism, our legacy, what is our mission," Sr. Janet Peterworth, president of the Ursuline Sisters of Louisville, told Global Sisters Report. "We really wanted to be more focused on that and be less focused on property."

As religious communities experience a decline in membership, congregations like the Ursulines are dealing with properties oversized for their needs and have to grapple with selling or gifting the estates they own.

Fewer sisters began living in the Ursuline motherhouse, Peterworth said, as it became too inconvenient for those who would benefit from assisted-living facilities. In twos and threes, they gradually moved into nearby facilities that could accommodate them.

"The motherhouse at that point was empty," she said.

Peterworth said the Ursulines, who have owned the land since 1877, saw the city of Louisville grow around their property, transforming their land into an "urban jewel" that now sits in the middle of an upscale neighborhood. Their property has several buildings for the Sacred Heart Schools, which include preschool through middle school, a girls' high school, a school for the arts, plus an auditorium with an orchestra pit and several athletic fields, tennis courts and a track.

Until now, the congregation owned everything; schools only owned the contents within the buildings, she said. But the sisters also saw that the schools continued to "thrive and expand."

Vacating the motherhouse, which will now be used for administrative purposes, the sisters have dispersed into assisted-living homes and other locations. And because the schools have been paying them rent for decades, the congregation "just felt like, at this point, God has blessed us financially, and we wanted to make this a gift," Peterworth said.

Though she didn't recall any sister taking issue with the fact that they were gifting, not selling, the property, Peterworth said some sisters wondered why they had to be the generation to give up the land that had belonged to them for 142 years.

"It isn't easy," Peterworth said. "It's like selling your family estate. It's home, and people always grew up thinking when they retire, they can come back to the motherhouse — that seems to be the mentality in most religious communities, like returning to the nest. This is where we were all formed; this is where we started. We all thought we'd eventually come back full circle.

"And isn't that true of any family who sells the place where all the kids grew up?"

Peterworth said the words of their foundress, St. Angela Merici, bear advice for the congregation: "If, according to times and circumstances, the need arises to make new rules or do something differently, do it prudently and with good advice."

To maintain community despite no longer living together, Peterworth said the congregation will have a number of events to maintain their close relationships: monthly Masses in their chapel followed by lunch, "community conversations" every few months, and continued use of the social room in the motherhouse for parties and gatherings, including watching the Kentucky Derby.

Though the motherhouse will now be shared between the congregation, their ministries, and the Sacred Heart Schools, Peterworth said it'll be a continuation of the cross-generational interactions they've shared over the years with the schools.

"Not many places where you can be 2 years old and know someone who's 99," she said, referring to the preschoolers who have relationships with the sisters in nursing homes.

The sisters' ministries, including the Ursuline Associates and the Angela Merici Center for Spirituality, will continue to use the motherhouse for retreats, workshops and gatherings, and the schools will hold Masses, concerts and events there, as well.

Plans for renovating the motherhouse include adding a reception area at the front entrance, which will be handicap-accessible, and adding a heritage room for historical photos and artifacts. The motherhouse will be the new administrative headquarters for the campus, the Sacred Heart School staff, and the Ursuline sisters' staff.

The chapel built in 1917, however, will remain untouched, since it was refurbished in the 1990s.

"That epitomizes the sisters to me," Williams said. "Because, though they're aging, they appreciate the future, they look forward to the future, and they're giving this gift to the schools for their future, which speaks to me so highly of them and what they value, that they're just giving this enormous gift." 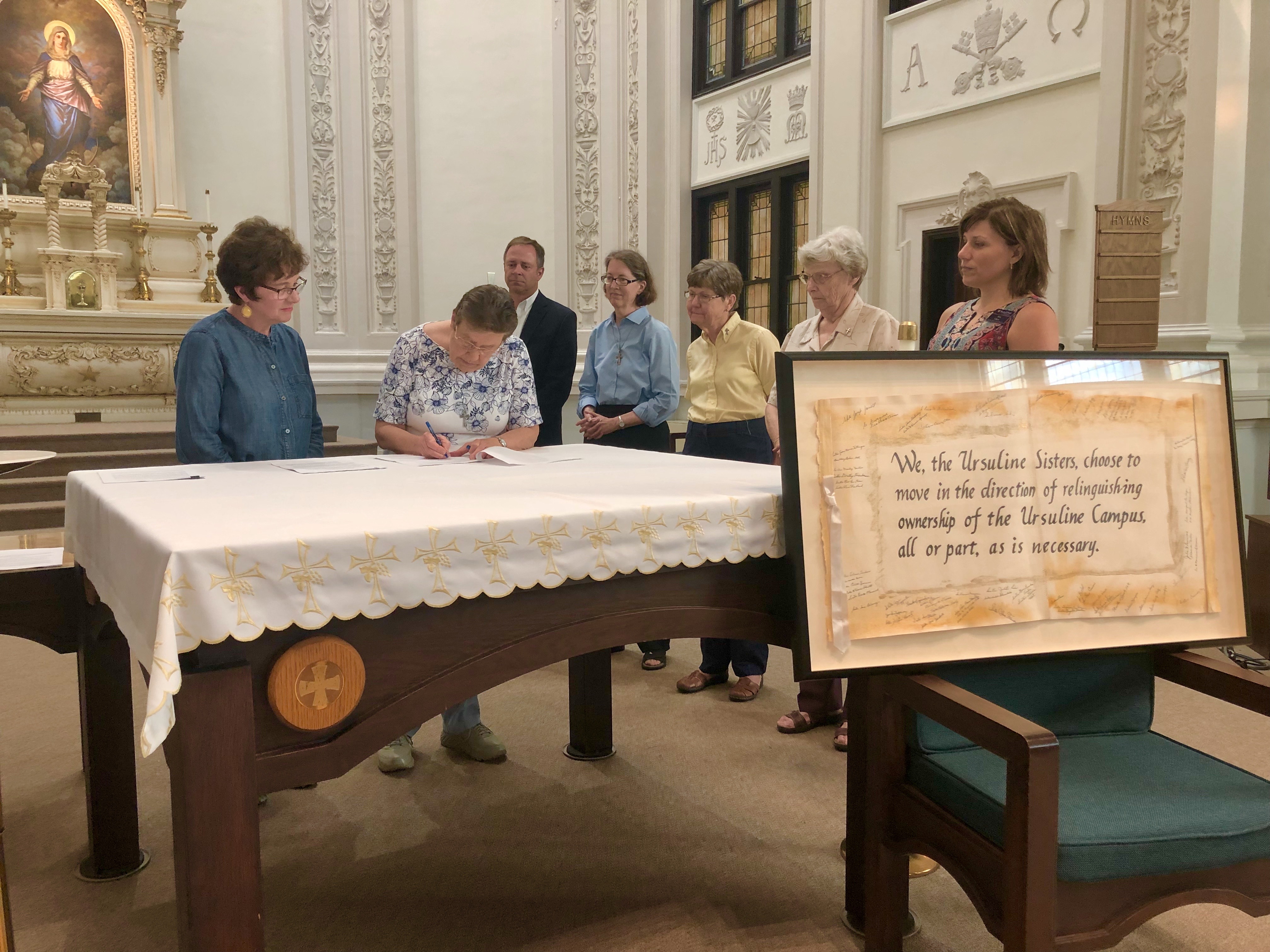 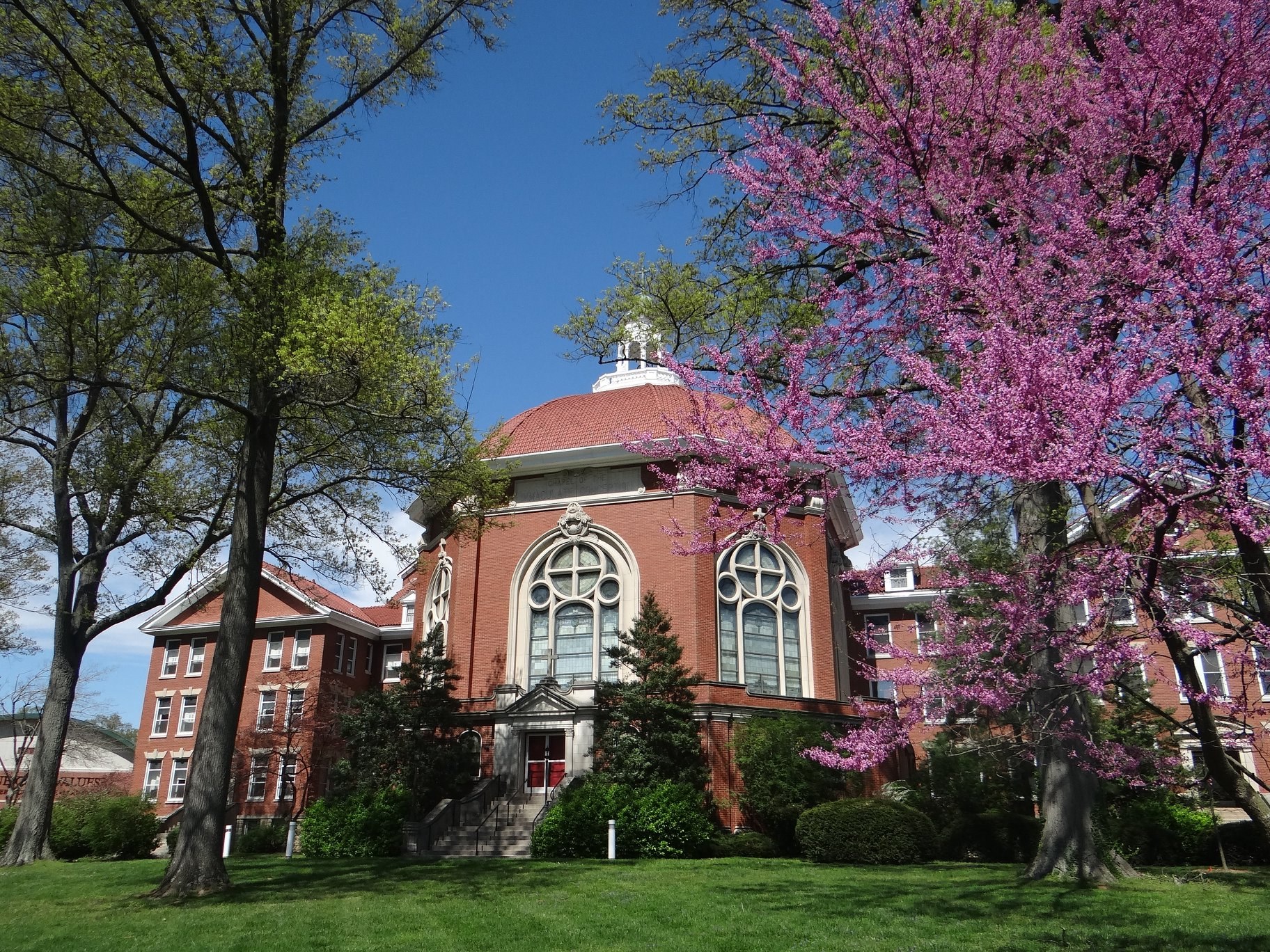 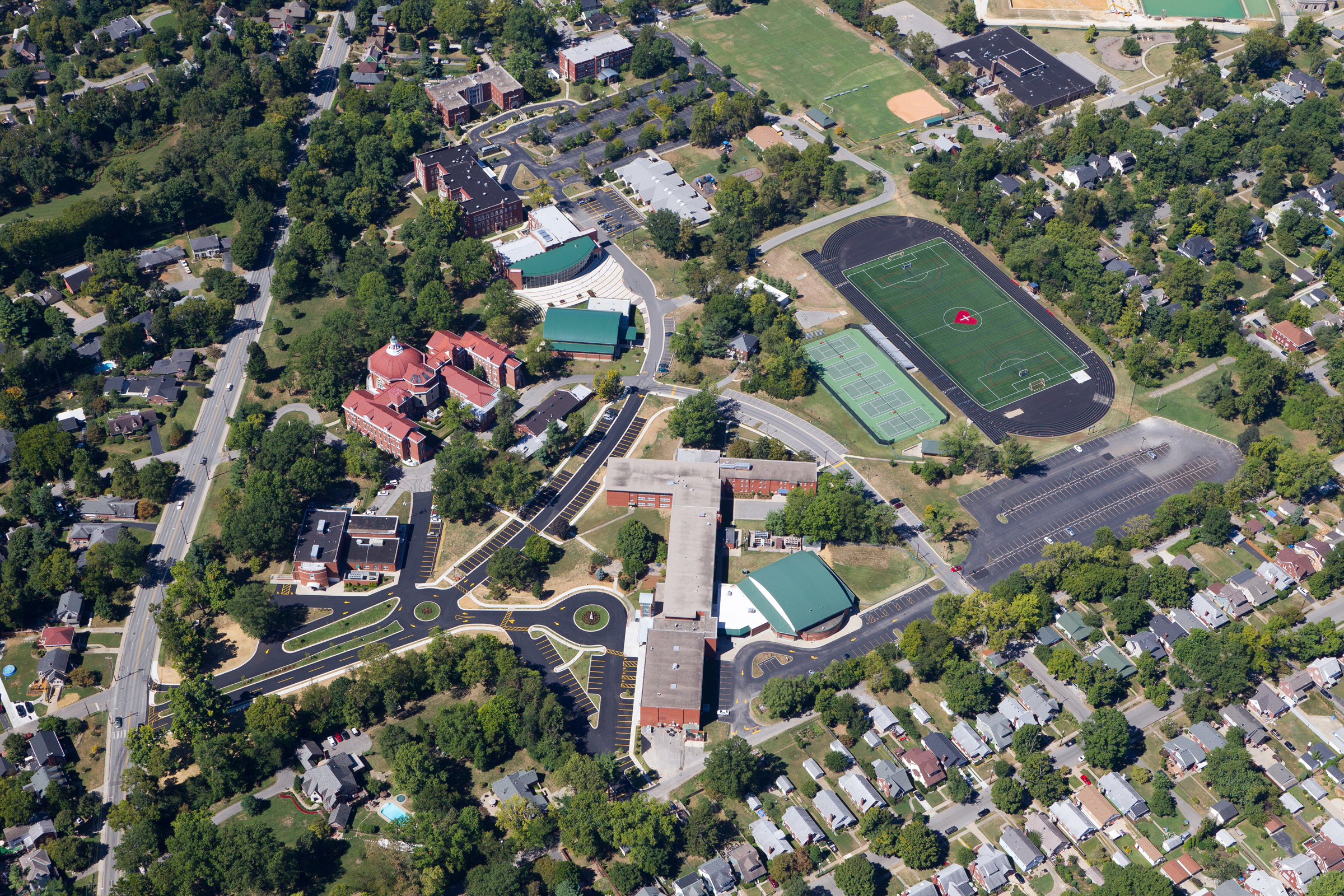