by Elizabeth A. Elliott

Araceli Ontiveros was drawn to the Dominican Sisters of San Rafael, California, because one of her aunts worked at the convent where elderly sisters who need special care are housed.

"They are intelligent women, nurses, engineers, and use their gifts to serve others," she said.

Ontiveros had grown up outside of San Francisco, the oldest of three children in an immigrant family from Mexico. She was the first in her family to attend college, then went on to become a lawyer.

"As a lawyer, I seek to do something meaningful with my degree, and I also want to serve others," she said.

She had been discerning a vocation with the Dominican Sisters of San Rafael for about a year when the director of vocation ministries asked her if she would consider participating in the Vocation Ambassadors Program, which provides media training and communications skills to young adults to promote religious life in the church and to the public.

The Vocation Ambassadors Program is "about building and sustaining relationships on so many levels," said Sr. Deborah Maria Borneman, a Sister of Saints Cyril and Methodius and director of member relations and services for the National Religious Vocation Conference (NRVC), which created the program.

The program's mission is to train young adult Catholics in media "so that they can effectively communicate to other young Catholics about why this community and their members are valuable to the church and to the people of God," she added.

The intent of the program is not to replace the voice or role of permanently vowed religious, vocation ministers, and other communicators, Borneman said: "It is meant to complement their message with the witness of what this valued vocation means to one who is younger and has benefited from [the sisters'] vowed life of prayer, witness, and generous service."

Borneman said the motivation to start the program came from the realization that vocation ministers cannot be the only ones to promote vocations.

"Our approaches to interact with millennials need to include multiple ways of engagement within a generation who admires women and men religious, but know very little about us," she said.

The workshop participants were from 13 teams of vocation ministers, communicators and young adults and will commit to a 100-hour group project to be completed within nine months, Borneman said. These projects include redesigning website content, designing an online retreat, and pairing students with sisters to teach the sisters more about social media and its impact in communications.

"The goals set by each team are audacious," she said. "One team wants to track the number of inquirers while others are tracking candidates for application. Most importantly, the millennials on the team are giving direct feedback on ideas that are most appealing to their generation, stretching the vocation ministers and communicators to target their audience to millennials."

The Vocation Ambassadors Program is the vision of Holy Cross Br. Paul Bednarczyk, executive director of the NRVC, Borneman said, and was styled after Catholic Voices, which began in the United Kingdom "to improve the church's representation in the media by engaging committed lay Catholics," she said.

Immaculate Heart of Mary Sr. Mindy Welding, a vocation director in Scranton, Pennsylvania, said the best way for religious communities to reach millennials is to go where they are.

"It's really about building genuine relationships, asking what the best lifestyle is for you and what their discernment method is," Welding said. "For me, it's building relationships and living our life as genuinely and happily as possible. Then marketing."

Borneman said the June workshop "encouraged everyone to share their skills to collaborate and generate more than 700 ideas collectively." For example, before arriving at the workshop, each participant uploaded 15 photos of what he or she considered sacred to a shared photo site. This meant that each member of the workshop would have access to more than 700 photos to use in their projects upon arrival.

In addition, each participant was asked to share five ideas a day.

"If everyone 'shared the sacred' of their own lived experience of education and ministry . . .  ideas would be circulating for the group to create a realistic plan to promote vocations," Borneman said.

Each team will provide updates on their projects every three months, and some of the updates will be posted on the NRVC Facebook and Twitter accounts. Teams will share their projects through Dropbox. Plans are already underway to offer the workshop again next summer, Borneman said.

What surprised Welding the most about the program was "there's such a vast wealth of opportunity in the social media world that many of us are not used to. I think it's an opportunity that we don't want to miss. Even though there's this wide world of apps and connection, the real connection happens person-to-person.

Borneman said the best way to reach millennials is "by communicating that religious life is a valid, valued and vibrant option in the church today. Whether our Vocation Ambassadors use word of mouth, presentations or social media platforms, the unified, clear message to millennials is that there is an urgent need for religious sisters, brothers and priests in over 2,000 religious institutes in our world today. The diverse charisms of religious institutes are relevant in the 21st century and need newer members in vowed, communal life."

Borneman said while the work of senior religious is inspiring, it is important to have young adults who are not in religious life spread the word.

"Many religious institutes have relationships with young adults whose faith and lives have been profoundly influenced by the members or charism of their religious community," she said. "While they may not have a religious vocation themselves, these women and men choose to affiliate with the congregation either informally through their ongoing friendships and support, or more formally, for instance, through associate or oblate programs."

Ontiveros noted that there are "very few" people in the secular world who don't use social media, and perhaps religious communities should begin to embrace the practice.

"Even when religious men and women are called to serve in areas of poverty where technology may not be the norm, technology is definitely a good ally in their ministry when it comes to raising awareness about those members of our society who are the most vulnerable and forgotten," she said.

[Elizabeth A. Elliott is a freelance writer and former NCR Bertelsen intern.] 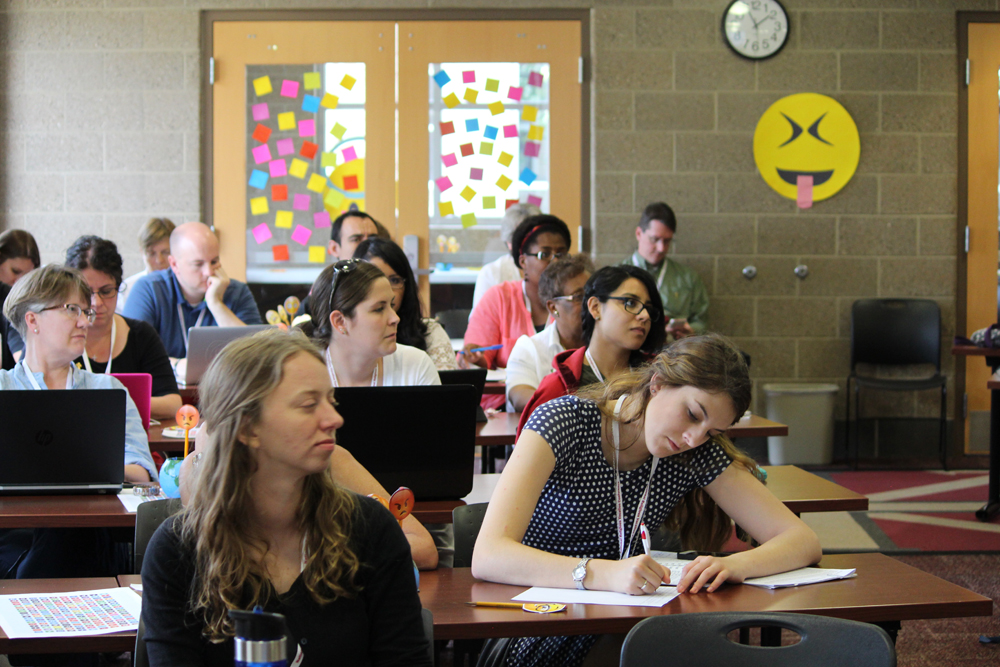 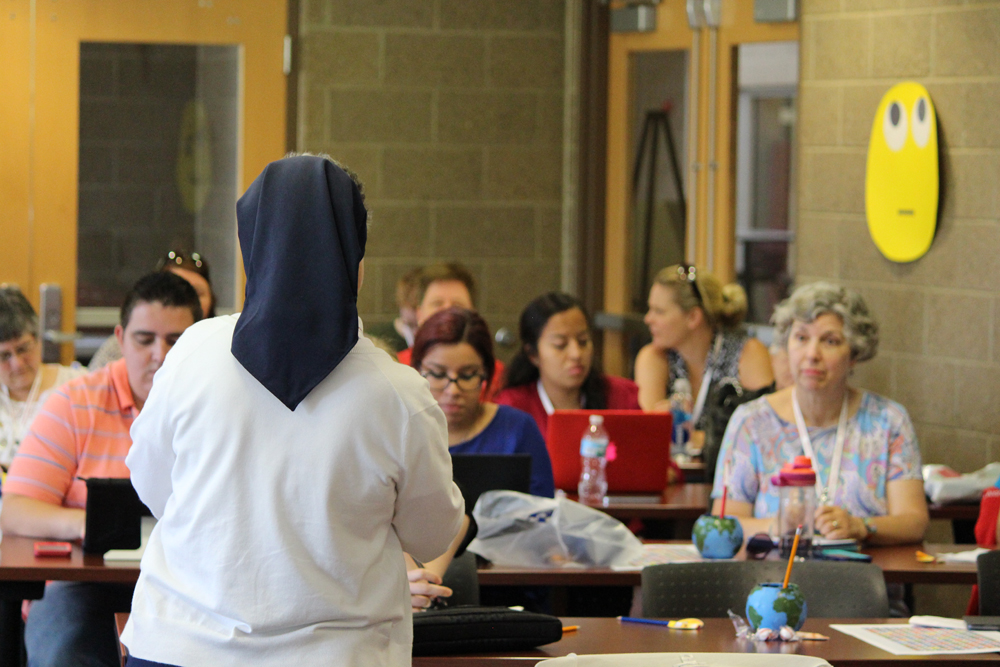 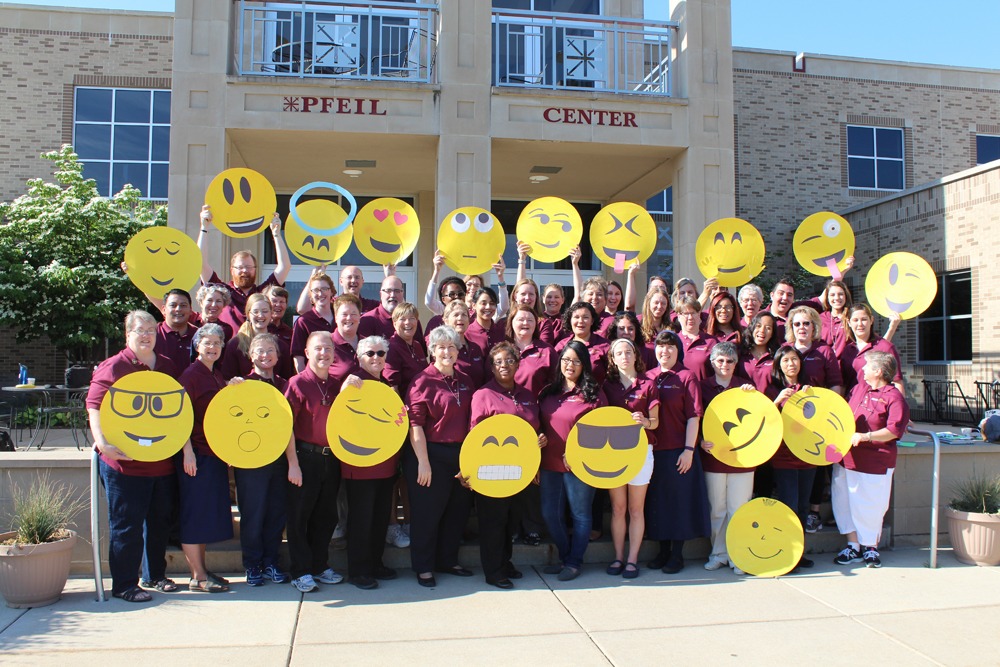 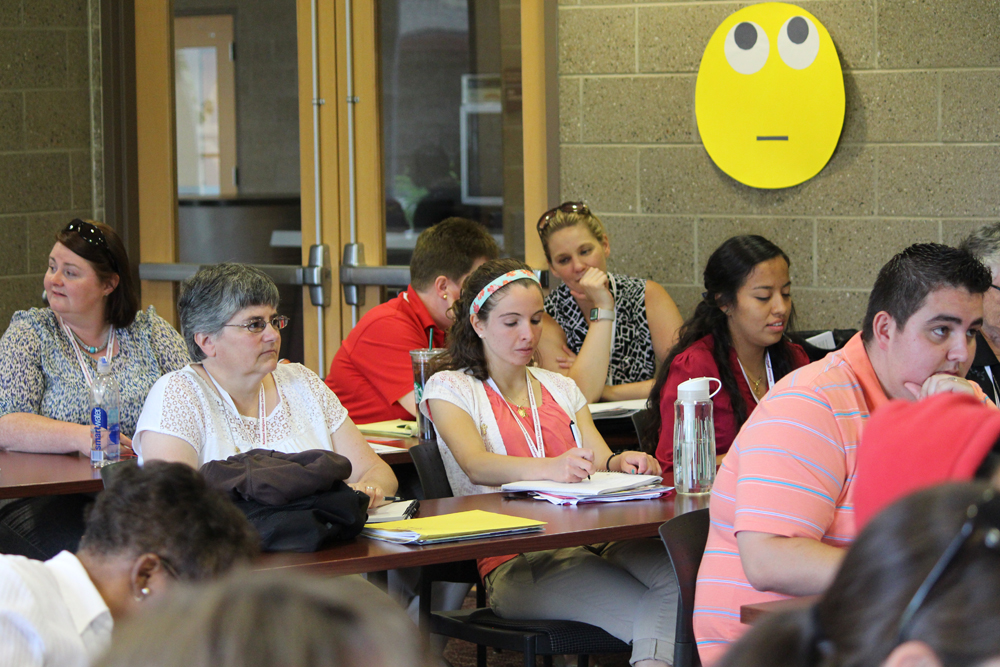