Sr. Annie Ponmani had lots of doubts about her vocation when she came to Institute Mater Dei in 1976. However, two years of theology studies there not only convinced her about her calling but prepared her for future responsibilities, such as provincial councilor, superior, formator and editor of her province’s publications.

“The confidence IMD instilled in me nearly 40 years ago continues to help me through the ups and downs in my life,” said the Daughters of St. Paul sister.

Ponmani is among more than 5,000 sisters, who, after graduating from Mater Dei, play critical leadership roles in Asia and Africa, said its superior, St. Anne Sr. Edwige Maria Anthony.

The institute, which completed 50 years in 2014, sits atop a hill, surrounded by magnificent churches in Old Goa, the ancient capital of the Portuguese colonial rulers.

In modern times, the body within the three-story edifice has triggered a quiet revolution in the church by helping women, especially nuns, speak up.

“Religious women walking out of the portals of Mater Dei institute, every year, are fired with earnestness to work, particularly for the uplift of the downtrodden of their own gender,” said Archbishop Filipe Neri Ferrao of Goa.

Oblate Fr. John Sankarathil, who teaches at Mater Dei, points out that it is the only institute managed by India’s women religious to empower Catholic nuns to deepen their conviction and commitment.

Anthony said the institute was the Indian church’s answer to the Second Vatican Council call to empower women religious through formation programs. Archbishop J. Knox, an Australian who was India’s internuncio from 1957 to 1967, requested Sr. M. Theodosia, the only woman observer at the council from Asia, to plan and manage a national formation house for women.

The Apostolic Carmel nun responded by setting up the Mater Dei Institute in 1964. It aimed to equip Catholic nuns to face modern challenges and help them find relevance and joy in their vocation, Anthony said. It chose as a motto “Grow into the fullness of Christ” to instill a sense of worth and dignity in its students.

Theodosia set up the institute in Santa Monica, the first Catholic convent in Asia that the Portuguese built in the early 17th century. Goa, a tiny western Indian state, was under Portuguese rule from 1510 to 1960.

The institute teaches subjects that range from basic Hebrew, history of Christianity in India, and theology of religious life to Mariology (the theology of Mary), Eschatology (study of final events in human history), and biomedical ethics. The courses are affiliated with Jnana Deepa Vidyapeeth, a papal seminary at Pune in neighboring Maharashtra state. Women also study in other seminaries.

Feminist theology is an overarching subject taught at the institute. Sr. Pauline Chakkalackal, a teacher at Mater Dei, said feminist theology shares the concerns of feminism in Christianity. It calls for a critical assessment of patriarchal theology and biblical interpretation that is responsible for the invisibility and domestication of women in the church.

“It helps us develop a holistic approach to God and religion, humans and the world – in fact, all areas of life and mission,” Chakkalackal said. “It is a new way of doing theology, rooted in the experiences of women and committed to developing a life-affirming and change-oriented theology.”

Mater Dei has about 15 students in each class group, so women get opportunities to express their views without inhibition. They can ask questions without being threatened by men or being ridiculed. They also can use their creative talents for dance and other group activities.

“The social analysis classes helped us understand events in the world. We also discuss a lot about the role of women in the church, relevance of religious in the world,” said Cynthia Andrade, a lay woman studying there.

Jesuit Fr. Savio Barretto, a close associate of the institute, says Mater Dei has helped women be on a par with men in the church. “By listening to women, the church learns to become more caring. The Mater Dei helps to build up this aspect in the Indian church,” said the rector of Basilica of Bom Jesus, where the relics of St. Francis Xavier are enshrined just walking distance away from the institute.

Several nuns, including some Mater Dei alumni, now teach in Indian seminaries, which was unthinkable some 50 years ago, Barretto said.

Archbishop Thomas Menamparampil of Jowai, another Mater Dei supporter, says the institute came into existence when its services were most needed. It offered young religious women theological studies and several other courses related to their ministries that were considered non-traditional for the time. Over the years it has enriched the lives of thousands of people through its students, the Salesian prelate attested.

Currently, 127 sisters from 55 congregations, including one from overseas, study there. Ponmani said that during her time there the institute has had students from 50 congregations from Africa and Asian countries.

“When I went there I was preparing for my final vows but wondering whether I should go ahead. The spiritual director and professors at Mater Dei helped me look inside me and decide for myself,” she said.

“Classes in scripture and liturgy boosted my spirit. What I learned there became handy when I was assigned to formation works in our congregation,” she recalled. The institute also awakened her spiritually, she said.

The courses at Mater Dei also embolden its students to engage in social transformation, said Redemptorist Fr. Desmond de Souza, who has been lecturing there for 30 years. After a week of theory class, the 75-year-old priest takes the students outside to show them how other people live.

“The exposure to the migrant people challenged me to get out of my comfort zone and reach out to the wounded brethren,” said Sr. Linta of the Little Sisters of Therese of Lisieux.

Chakkalackal is happy to see her students becoming critical thinkers. “Theological formation should help women religious to critique certain irrelevant traditions, practices the church maintains in the name of theology,” she added.

Fr. Saturnino Dias, former deputy secretary general of the Catholic Bishops’ Conference of India, recalled that the institute was set up when women, including nuns, had little voice in society or in the church. He said women felt discriminated against in a male-dominated society and had no courage to try anything new. Now, education has emboldened many to break off from stereotypes and venture out into freedom, he said.

Sr. Tresa Nirappel, a former student, says social conditions force women to keep quiet. “However, women religious, including many IMD alumni, have now gained courage to challenge unjust structures while remaining loyal to their faith and vocation,” she said.

Salesian Sr. Julie Fernandes, former president of her community in Goa, said theological studies have awakened women to realize that they are indeed the church’s backbone. Catholic sisters, she said, now manage most institutions in medical and educational sectors, for which the Catholic church is known and admired.

Sr. Diana of the Pious Disciples of the Divine Master, was overwhelmed by the awareness that she is in an historical and holy place, also known as the Rome of the Orient.

“Each stone here would have a story to tell. I am privileged to touch the relics of St. Francis Xavier, which helped deepen my faith,” she said.

Despite all this, Barreto is uneasy about Mater Dei’s female-dominated atmosphere that allows interaction only among women. “It would do them good if they had opportunities to interact with seminarians, or with male formation houses, to gain a holistic outlook on life,” he suggested.

He also wants them to do research and publish journals with a female perspective.

Archbishop Menamparampil said he wants the institute to address the challenges of veiled intolerance growing in India, where people once coexisted harmoniously. This requires creative thinking and determined efforts to equip the coming generation to respond, he added.

Whatever that may be, Sr. Bindu Paul, a former student, is grateful that the institute has made her a woman of fire.

“I entered the institute as an empty vessel to be filled in, and God touched me and I have grown. IMD has prepared our timid hearts to prepare the challenges of the Third Millennium,” said the nun, a member of the Sisters Adorers, Handmaids of the Blessed Sacrament of Charity.

[Lissy Maruthanakuzhy is a member of the worldwide Congregation of the Daughters of St. Paul in India and a correspondent for Matters India. This article is part of an ongoing collaboration between GSR and Matters India, a news portal that focus on religious and social issues.] 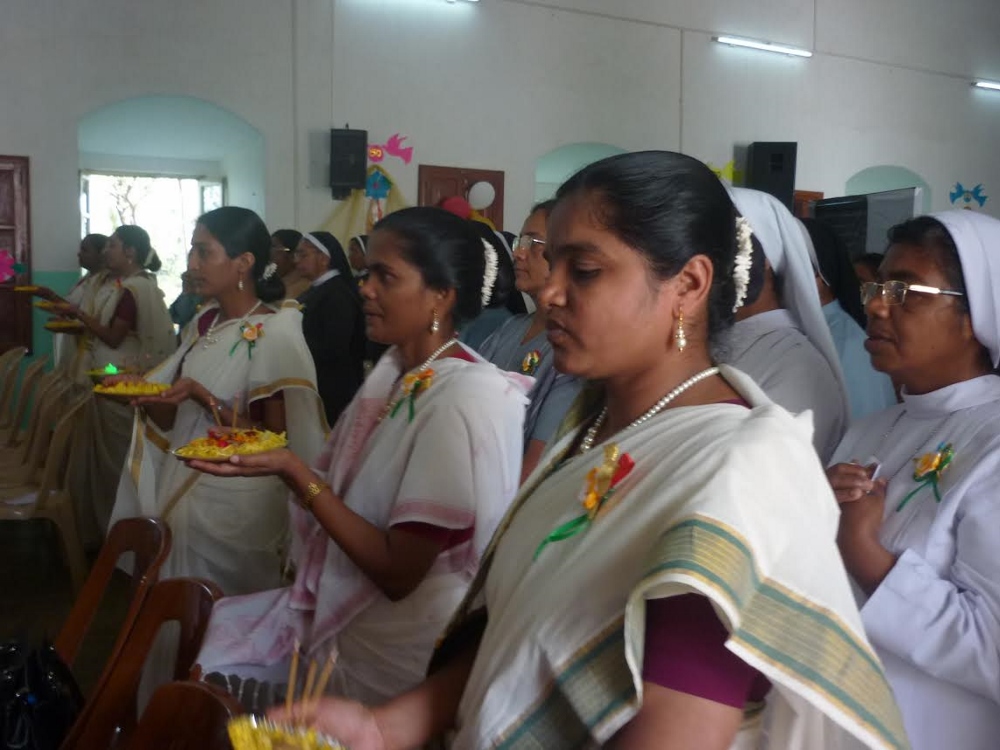 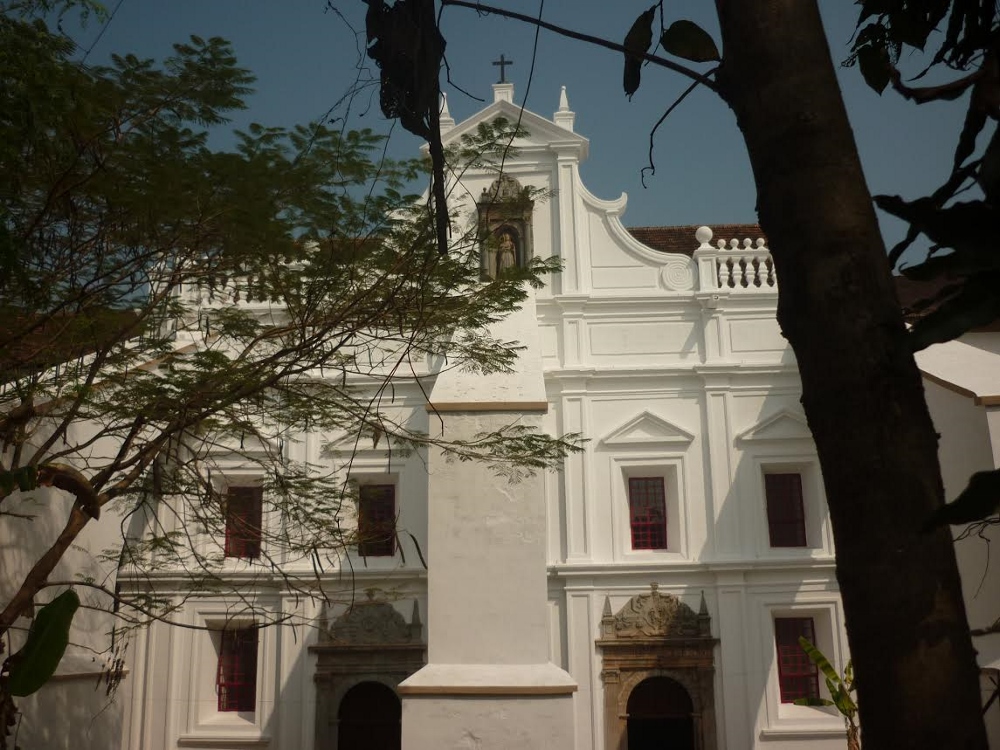 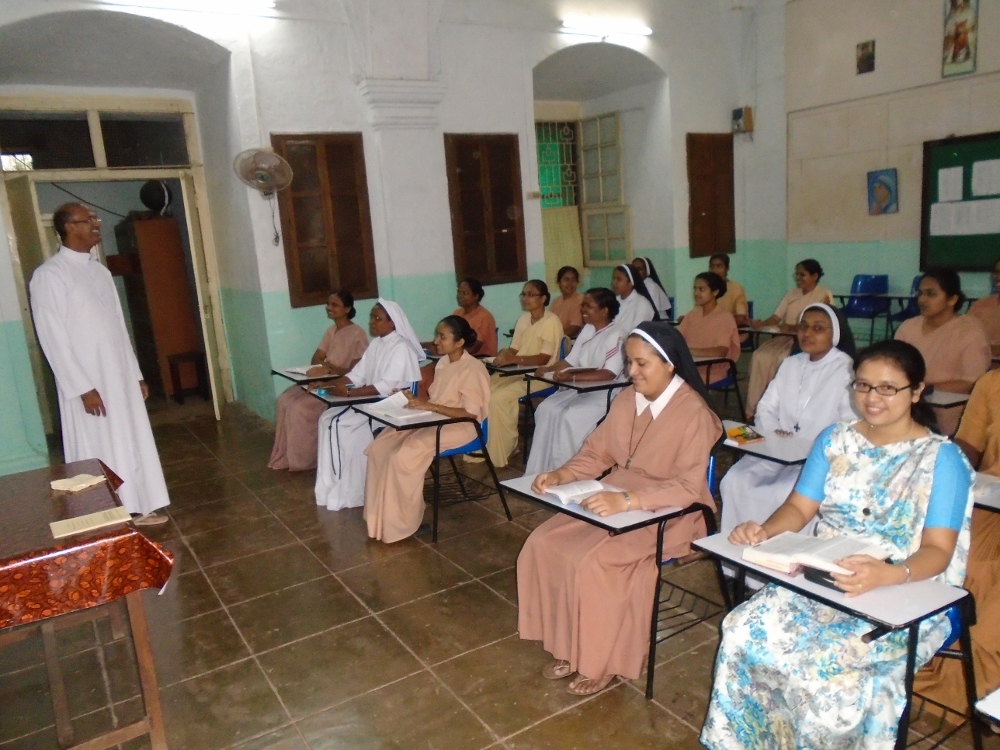 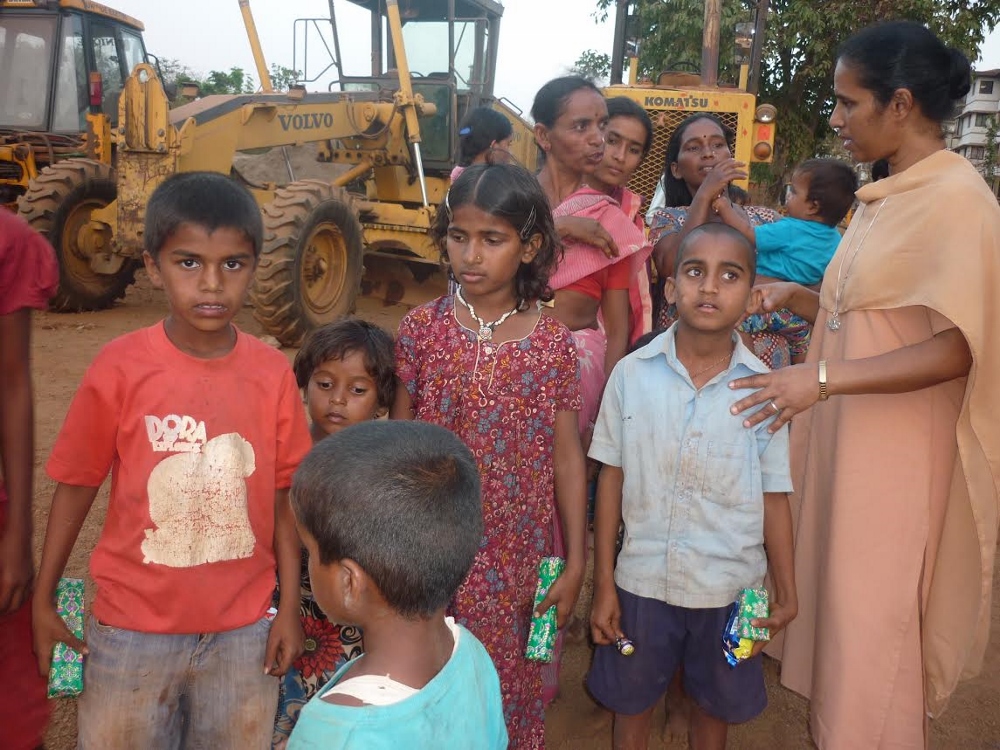 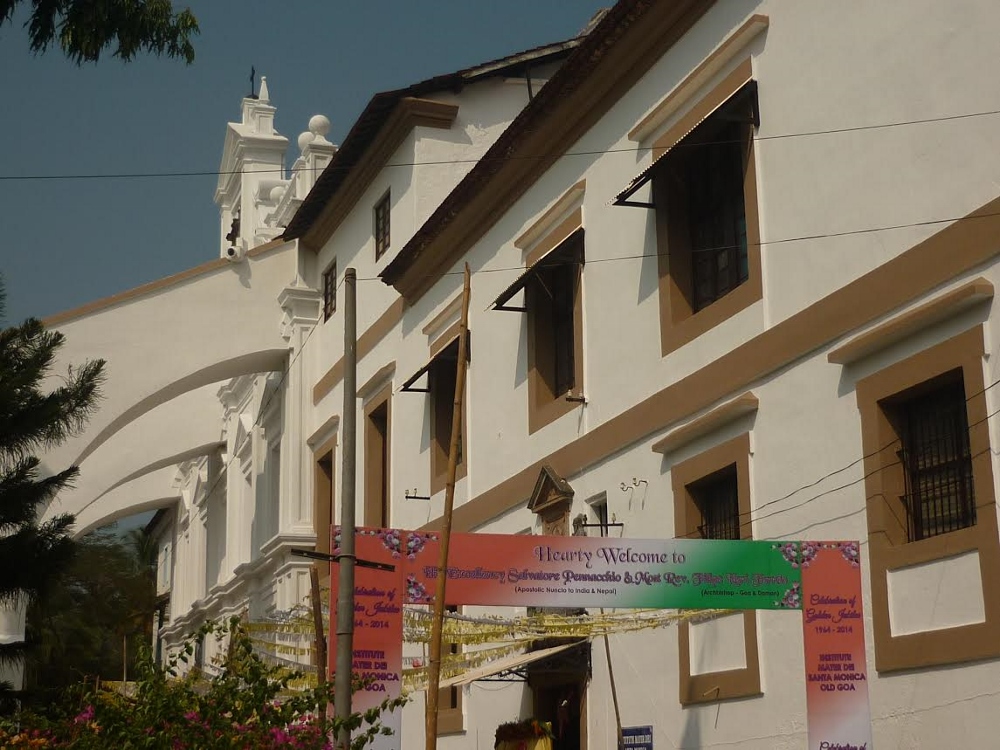