Women religious have a responsibility to engage in interreligious dialogue and foster relationships to lead to better understanding among religious groups in local communities and wider venues, congregational leaders from around the world were told on the fourth day of the International Union of Superiors General (UISG) assembly in Rome.

Undertaking such roles requires more than sisters who are well-intentioned and willing to engage in the effort. "We need well-trained religious women sitting at the table when official dialogues are taking place," said Donna Orsuto, co-founder and director of the Lay Centre at Foyer Unitas and a professor at the Institute of Spirituality of the Pontifical Gregorian University. "This will imply investing significant resources in the education and formation of your sisters for interreligious dialogue."

This means support beyond initial academic training but also sustaining and nurturing that knowledge through workshops and conferences, she said, as the demands for effective dialogue are becoming more rigorous. "Effective dialogue requires not just acknowledging all participants to be sincere and of good will but also includes the careful examination of differing positions and the discerning exploration of the assumptions behind them," she said. "Making a commitment to prepare more religious women to competently participate along with men in dialogue would both enhance the quality of the dialogue and give more credible witness to the church's teaching on the equality and complementarity of women and men."

She outlined five practical ways that congregations can engage in interreligious dialogue. First, she said, is the need to recognize and strengthen existing efforts. Sisters often work alongside others of different religious in their ministries.  "Many of your religious congregations are already sowing seeds of prophetic hope: your schools, hospitals and institutions serve people of other religions and have been doing it for years."

A second way is to reach out to neighbors and find out who are from other religions and faith traditions. "Pope Francis encourages us to not merely encounter others, but to forge relationships of friendship with them. Concretely, this means that we do not wait for tragedy to strike — a terrorist attack or a natural disaster — to reach out to others. We need to ask the question now: who is my neighbor?  Who are the people from other religions in my neighborhood, in my city?"

Learn about other religions and faith traditions, she urged. "Religious have a particular responsibility to foster a love that casts out fear," she said. "One of the ways of combatting fear is through a deeper knowledge of the other.  Knowledge can eradicate the false perceptions we may have of them and their religion. For this reason, Pope Francis highlights the importance of suitable training, especially for promoting dialogue, for example with Muslims."

A fourth way is to pray for peace among people of different religions, she said. This is an effort for all sisters to engage in, but particularly a mission for elderly sisters. "Would it be possible to mission some sisters to pray, for example, for people of other religions in your part of the country and for peace among peoples of different religions in troubled parts of the world?"

A fifth way is to "focus on a fundamental attitude of dialogue: namely gazing at the other with the eyes of God," she said. "It is no surprise that interreligious dialogue has flourished especially among those who share with one another a dialogue of religious experience. Contemplation as a way of life leads one not only to see God, but also to see others as God sees them."

A panel of young women also addressed the sisters, recounting their experiences in interreligious encounters and efforts to engage "the other" in their schools and communities, and how they often learned more about their own religious traditions from these efforts.

The day wrapped up with the various UISG constellations meeting to declare specific actions to affirm their commitment to the "Sowing Hope for the Planet" initiative, and to commit to focus on one other UISG effort, such as interreligious dialogue, migration, trafficking or fostering interculturality.

Statements and commitments ranged from the very practical — having UISG participants bring their own water bottles to the next assembly to avoid the having to use single-use plastic — to ambitious efforts to cut congregations' carbon footprint and increase recycling. Some committed to celebrating the "Season of Creation" (Sept. 1 through Oct. 4) and to support the planting of trees at a financial level related to the amount they travel.

Summoning her roots as a schoolteacher, UISG Executive Secretary Pat Murray told attendees that she would be holding them accountable for how well they lived up to their commitments at the next UISG plenary assembly in three years.

The sisters gave a standing ovation to outgoing president Sr. Carmen Sammut, superior general of the Missionary Sisters of Our Lady of Africa, and three board members who are finishing their terms. Delegates will elect a new board and a new president next week.

The sisters have an audience with Pope Francis on Friday, who will launch the 10th anniversary campaign of the anti-trafficking network Talitha Kum.

[Gail DeGeorge is editor of Global Sisters Report. Her email address is gdegeorge@ncronline.org. Joyce Meyer is a member of the Sisters of the Presentation of the Blessed Virgin Mary and is GSR's liaison to women religious outside of the United States.] 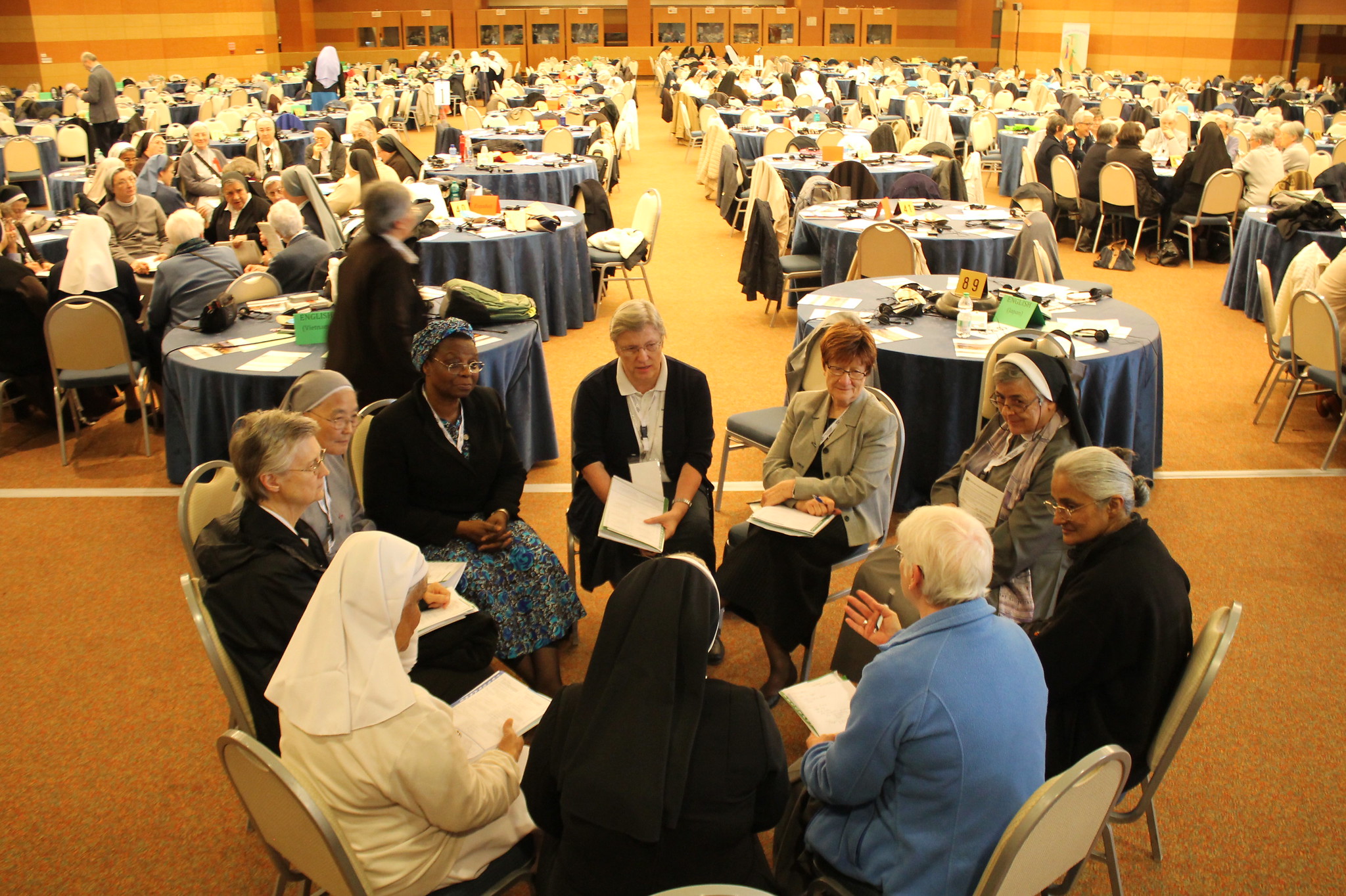 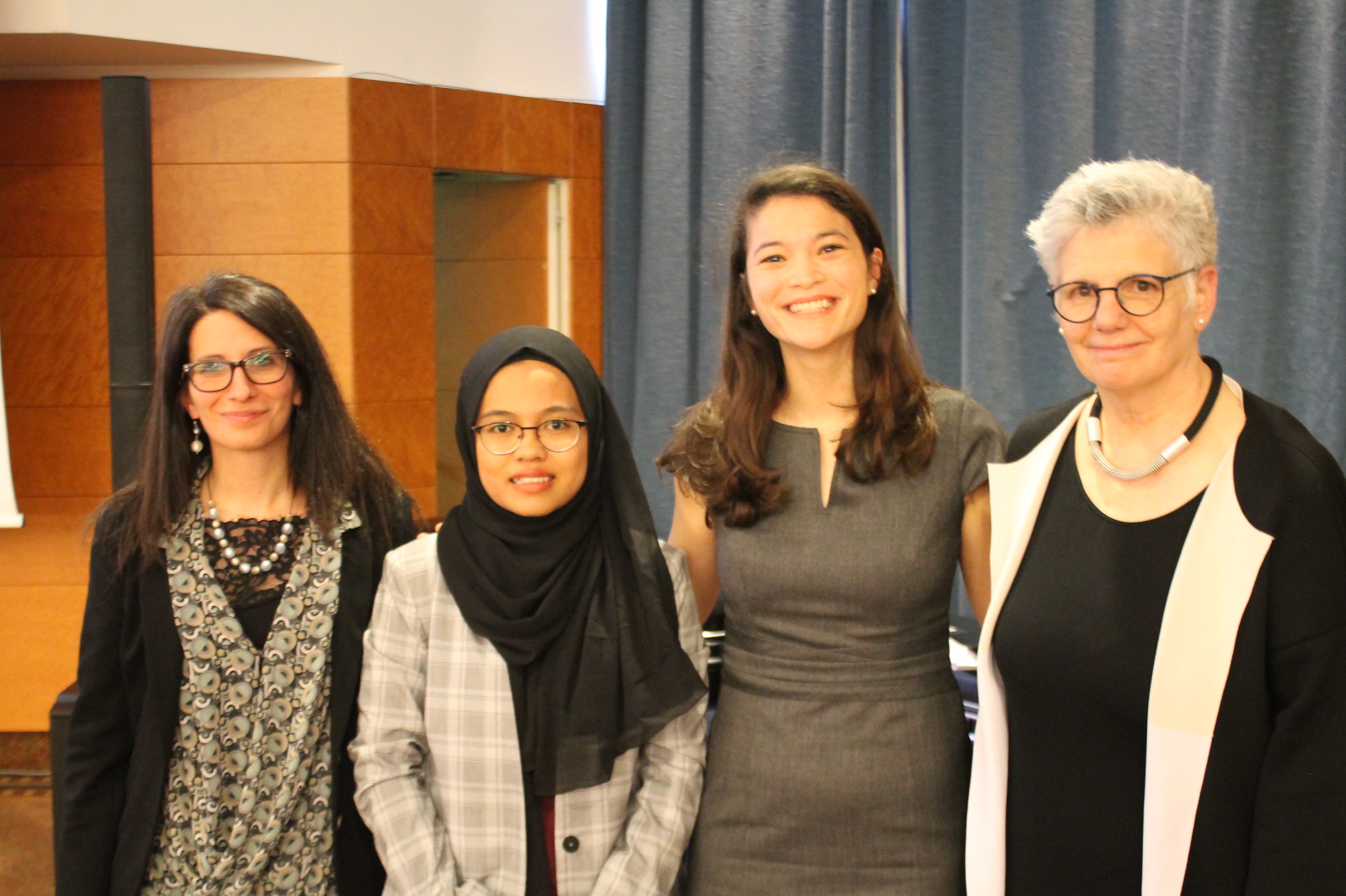