The Vatican will be releasing the results of one of its controversial and contentious investigations of U.S. women religious at a press briefing in December, a priest who assists the Vatican's press office has said.

Basilian Fr. Thomas Rosica, a Canadian who frequently helps the Vatican with English and French language press, said the Vatican will release a report on the investigation, known as an apostolic visitation, Dec. 16.

The visitation, one of two separate investigations of U.S. women religious launched by different Vatican offices in recent years, sparked protest from both the women and lay people throughout the country who said it was based on unfair and unfounded judgments about the women's lives.

Rosica, who is also the CEO of the Canadian Catholic media network Salt and Light, confirmed the December release of the report in an interview Wednesday with the Detroit Free Press after giving a talk at a Detroit-area Catholic school.

The report "will hopefully be a very positive message for women religious in the United States," Rosica told the Detroit paper.

The pending release of the Vatican report had been something of an open secret in recent weeks, but Vatican officials had earlier declined to confirm the release. According to Rosica, the report will be released Dec. 16 at a Vatican press conference.

Likely to attend the conference are leaders of the Vatican's office for religious life, which launched the investigation in 2008. Also likely to attend are several leaders of U.S. women religious, perhaps even the leadership of their primary umbrella group Leadership Conference of Women Religious.

That group, commonly known as LCWR, is dealing with the results of a separate investigation into their functioning by the Vatican's Congregation for the Doctrine of the Faith.

As part of that doctrinal investigation, Pope Benedict XVI in 2012 appointed Seattle Archbishop Peter Sartain as the LCWR overseer for five years, giving him wide power to reform its statutes, programs and affiliations.

The apostolic visitation was launched separately in December 2008 by the religious congregation, known formally as the Congregation for Institutes of Consecrated Life and Societies of Apostolic Life, at the command of Cardinal Franc Rodé.

Rodé, who was the head of the congregation but has since retired, initially said its aim would be to study the community, prayer and apostolic life of women's orders.

But almost a year into the study, Rodé told Vatican Radio the investigation was in response to concerns, including "by an important representative of the U.S. church," regarding "some irregularities or omissions in American religious life."

"Most of all, you could say, it involves a certain secular mentality that has spread in these religious families and, perhaps, also a certain 'feminist' spirit," Rodé said then.

To undertake the visitation, the Vatican appointed Mother Mary Clare Millea, superior general of the Apostles of the Sacred Heart of Jesus, as an official "apostolic visitator" charged with visiting and surveying the multitude of separate orders of U.S. women religious.

The visitation process began with meetings between Millea and 127 heads of women's orders in the United States. A questionnaire was sent to the leaders of the orders asking them about the orders' identity, governance, vocation promotion, formation policies, spiritual life and finances.

Concerns about the extent and intent of the investigation led many women religious leaders to refuse to fill out the questionnaire or to send back copies of their orders' constitutions in place of answers.

That response led to Millea writing at least three letters asking them to reconsider filling out the questionnaire. In one, Millea wrote that her final report "can only take into account the data I have received."

"Therefore, I once again invite you to send me the data not previously submitted on the apostolic visitation questionnaire," she wrote in that Dec. 3, 2010, letter.

After collection of the questionnaires, teams of visitors coordinated by Millea traveled across the country in 2010 to meet with congregational leaders as well as individual members of religious orders. Dozens of volunteers visited about 90 congregations.

As the investigation continued, a marked change in tone seemed to occur as personnel at the Vatican's congregation for religious changed. The "number two" man at the congregation, Archbishop Gianfranco Gardin, retired in 2009, and Rodé left in 2011.

When Archbishop Joseph Tobin took over the secretary post at the congregation in 2010, the rhetoric of the visitation shifted. Tobin, an American, met with U.S. women religious to discuss the process. He told Catholic News Service in August 2011 that the initial phase of the visitation "didn't really favor" dialogue and said he hoped to heal rifts between sisters and the Vatican.

Tobin has since left the Vatican's religious congregation and is now the archbishop of Indianapolis. Archbishop José Rodríguez Carballo, a Spanish-native and Franciscan, now serves as the congregation's secretary.

Speaking at a gathering of the leaders of global women religious orders in 2013, Bráz de Aviz said he was seeking a "new attitude" of cooperation between women religious and bishops.

"We have to reflect on the fact that both charism and hierarchy are two dimensions essential in the church," the cardinal said then, at a meeting of the International Union of Superiors General.

"Neither is greater than the other. Both the prophetic and the governing dimensions form the church," he continued. "But a new attitude must govern us – not competition but an attitude of welcoming."

Among those likely to attend the Dec. 16 press conference launching the report of the apostolic visitation are Bráz de Aviz, Rodríguez, and LCWR leaders.

LCWR is currently led by Immaculate Heart of Mary Sr. Sharon Holland, a respected canon lawyer who previously served for 21 years as a staff member of the Vatican religious congregation.

Rosica said Wednesday that Holland would be joined at the press conference by Mother Agnes Mary Donovan, the head of a much smaller rival umbrella group of U.S. women religious known as the Council of Major Superiors of Women Religious.

As the women and lay Catholics wait to see what the Vatican report says about their lives, it remains unclear just what actions the Vatican's religious congregation could take if it found the situation of U.S. women religious needed some sort of formal response or initiative.

While the Vatican conducts apostolic visitations on a fairly regular basis, the Code of Canon Law is rather non-specific about what authority those visitations have or what changes they can mandate to occur for those visited.

Although the canons governing religious institutes make it clear they are under the jurisdiction of ecclesial authority, they do not state what specific actions that authority can take to revise an institute.

Canon 576 states it broadly: "It is for the competent authority of the Church to interpret the evangelical counsels, to direct their practice by laws, and by canonical approbation to establish the stable forms of living deriving from them, and also, for its part, to take care that the institutes grow and flourish according to the spirit of the founders and sound traditions."

Writing in a 1985 commentary on canon law, Holland said that specific canon "means that the church has the duty to point out to an institute when its way of life seems to have drifted outside the gospel or its own particular charism."

"This is to be accomplished by church authority without blocking the growth and development of the charism of the institute from within," wrote Holland in a chapter in The Code of Canon Law: A Text and Commentary.

"This in no way diminishes the primary responsibility of the members of an institute for their own fidelity," she said then. 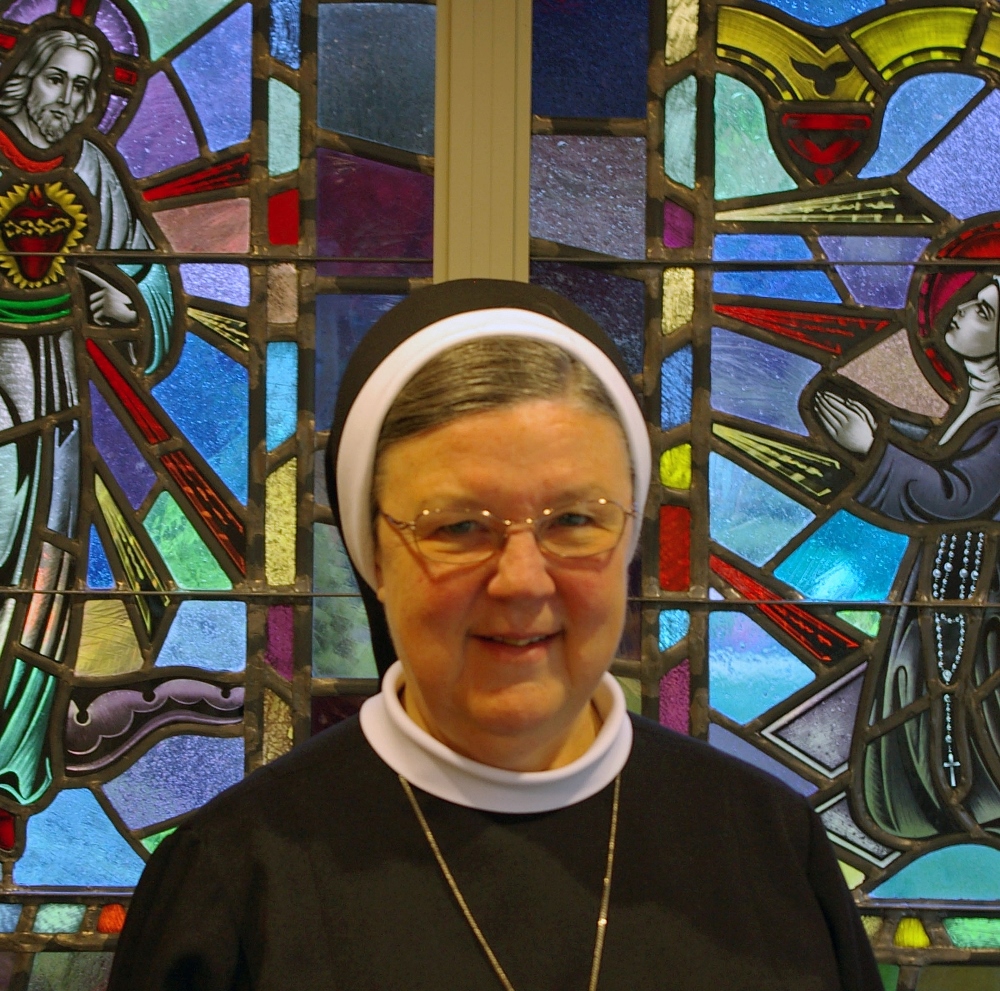