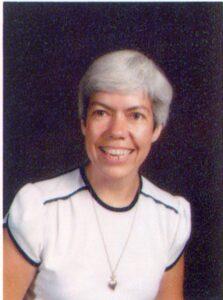 Sr. Kathleen McGuire and her four siblings grew up in rural Ridgway, Illinois. When McGuire was six, she felt a calling to be a religious and joined the Adorers’ convent boarding school at Ruma after eighth grade. After becoming a nun, she worked as a teacher and eventually a principal. McGuire was devoted to social justice causes and is attributed to swaying her community of sisters to vote yes in an essential mid-1980s decision to shelter refugees from the wars in Central America, according to the congregation’s website.

Initially, McGuire had intended to travel for her pastorate to Central America having studied Spanish, but Sr. Shirley Kolmer, whom she held in high regard as a mentor and a friend, invited her to join other Adorers sisters in Liberia. She accepted Kolmer’s  call and traveled to the West African country instead, where she spent 14 months teaching and working as the record keeper for the congregation house. At 54 years old, she was the youngest of the five missionaries. She was shot outside their residence in Gardnersville, Liberia by gunmen on Oct. 23, 1992, along with Srs. Agnes Mueller and Shirley Kolmer.