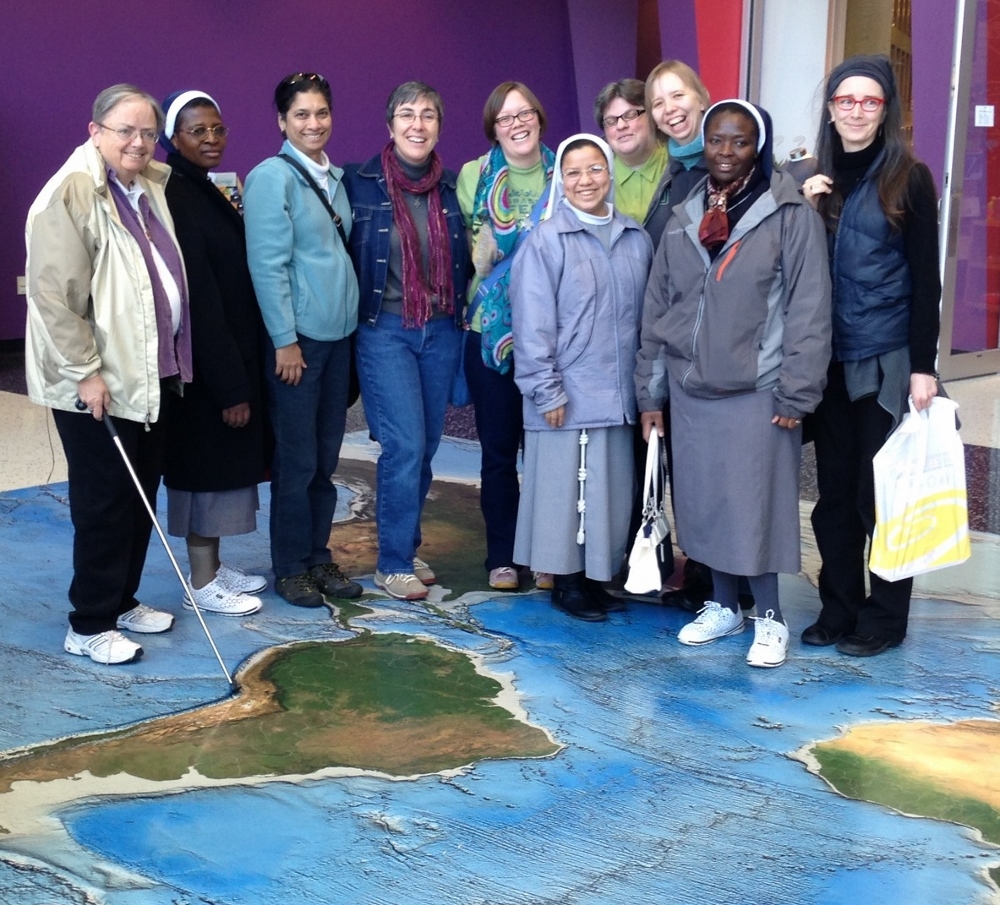 Over eight years ago, I had a conversation about table manners that continues to challenge me.

At the time I was a canonical novice and fairly new to religious life. During that stage of formation, I was trying to make sense of what it meant to be a Catholic sister and sort through my ideals. I was in a period of serious discernment about whether this religious lifestyle would satisfy my deepest desires, to take a vow of poverty and to serve the poor.

Then, in a somewhat ordinary conversation about table manners, I learned one of my most important lessons about what it means to be sister. The sister was outlining her expectations for mealtimes. As she did, she casually mentioned her conviction that a modern sister needs to be able to interact with people of every level of society. She said that our table skills should allow us to dine comfortably with the wealthy and the powerful as well as the poor and the marginalized.

Her statement left me perplexed, but it took me a while to sort through my confusion. Since then, I’ve learned some big lessons about power and relationships.

First, I can admit that there was a period of my life when I passionately dreamed of founding an orphanage in southern Africa. I wanted to care for AIDS orphans and be an influential educator. In my late teens and early 20s I made several choices that moved me toward that dream, such as studying abroad in South Africa during college. I would fantasize about being some sort of hero, a great missionary who somehow helped free children from all the negative effects of economic poverty.

Since then, I have learned how dangerously imperialistic service can become if a person of wealth and privilege helps others in the ways I was imagining. When power and cultural dynamics are involved, service can be very complex. I was introduced to the word “accompaniment” as a model for Gospel service when I was a member of the Jesuit Volunteer Corps. Some recent Bible study taught me that the “Mission of Twelve” story provides a healthy model for Gospel service, as Jesus gives certain instructions that would have been understood within the original historical context to mean that one should serve as a guest, working to build relationships of mutuality. It turned out that what God wanted of me was to build those relationships with people nearby, not in Africa; in the past nine years I have never served more than 300 miles from where I grew up.

My second lesson had to with education. After entering religious life, I went through a stage when I resisted earning a master’s degree. The stories of Saints Francis and Clare of Assisi and their modeling downward mobility and simplicity planted a conviction that degrees and professional credentials didn’t make them prophetic. As I saw it, Francis and Clare gave us a way to enact our Franciscan values of minoritas and humility that didn’t include higher education. Holding this as an ideal, I wanted to relinquish anything in my life that could cause me to gain status or wealth, such as earning a higher degree.

Since I first held these convictions, I gradually came to realize that one of the major reasons why Francis and Clare were effective is that they spoke the language of the people, that they operated in a way that made sense for their time in history. A wise sister pointed out to me that, in our modern world, effective ministers relate to people according to the norms of the culture in which they work. In our society, we tend to take people more seriously if they have the necessary education and credentials. Now I am actually working on earning a master’s degree, but I am trying to operate from a mindset that does not equate higher education with an increase of pay or status.

Finally, there was a stage in my life when I resisted joining a community that is like the one I am now a member of: one that is primarily white and centralized in the Midwest. I hoped to belong to an international, missionary congregation, since I love diversity, traveling and global connections.

Instead, our great God of surprises showed me that the right congregation for me was based less than 80 miles from where I grew up! God has been teaching me how to engage in global sisterhood out of my current situations. Some of the other young sisters in my community and I have been grappling with some questions about how to be better connected with our sisters in places like the Global South, where religious life is skyrocketing. As we see it, we could become like an unhealthy and stagnant pool of water if we aren’t informed by the voices and experiences of Catholic sisters in other parts of the world.

Throughout the past eight months, a group of sisters has been regularly meeting to informally grapple with some of these questions. We call ourselves a “Franciscan Global Local Group” and we have no formal agenda besides being sister to one another. With connections originally rooted in our congregations’ shared membership in the Franciscan Common Venture, we are sisters from four different continents and a variety of cultures. Each month, we’ve gathered together to celebrate our cultures and pray, eat and play. We shared dances, stories and even roller coaster rides at the Mall of America.

Together, our Franciscan Global Local Group is gradually learning lessons about power and relationships that took seed within me during the conversation about table etiquette eight years ago. Simply having fun together and developing friendships can be a great teacher.

Here’s what I’ve learned: For us Catholic sisters, we are called to work through anything that may divide us or diminish the reality of our shared equality. No matter our culture, home or social class, every person has equal power and dignity and can contribute to the building of God’s reign.

As it turns out, I must relate to my sisters from other countries as partners in God’s mission. I really must be able to eat meals with the richest and the poorest throughout the world.

[Sr. Julia Walsh, FSPA, is a high school religion teacher and blogger; read more of her work at MessyJesusBusiness.com.]