"We instinctively try to run away from suffering, because suffering is repugnant to us. We come across so many faces disfigured by the afflictions of life and too often we turn away. How can we not see the face of the Lord in the face of the millions of exiles, refugees, and displaced persons who are fleeing in desperation from the horror of war, persecution and dictatorship?"

At the end of 2017, more than 68 million people had been displaced from their homes because of factors such as war, threats from gangs, natural disasters, and lack of economic opportunities, the highest number of displaced since the aftermath of World War II. Of those, the United Nations considered 25.4 million to be refugees: people forced to leave their countries because of persecution, war or violence.

Over the next several weeks, Global Sisters Report will bring a sharper focus to the plight of refugees through a special series, Seeking Refuge, which will follow the journeys refugees make: living in camps, seeking asylum, experiencing resettlement and integration, and, for some, being deported to a country they may only vaguely remember or that may still be dangerous.

Though not every refugee follows this exact pattern, these stages in the journey are emblematic for many — and at every stage, Catholic women religious are doing what they can to help.

Here are some of the faces you will meet in our Seeking Refuge series, tracing the path of refugees around the world.

From danger to the camps

"I was born in Sudan, then I came here [to Uganda] when the situation was bad, then I went back to Sudan when it was bad in Uganda, and now I'm back here. Since '55, we've always had wars around here. One day, I'd like to go home to South Sudan, but I don't know if I'll be alive to see peace."

"Psychologically, it's really hard for the kids to live in the refugee camp. There is a lot of dust; the kids will never be clean. Going out to the bathroom in the summer during the day or during the winter at night is very hard. The first months in the camp, I was just sitting and crying. But then I realized that I needed to be stronger. I got help to get out of the camp. There's a big difference between the camp and the city. In the city, the basic first needs like housing, education and health care, those are not as easy here. But I try to be as strong as I can in order to be in a better situation."

"Asylum-seekers really truly have fear. I recently had someone whose application for asylum was denied. It was a woman who had a child, so she returned to her country, and she was planning to move to Mexico immediately because she was petrified of being in her own country. It isn't like people coming up for the joyride: 'Oh, let's just go up north and see what's up there.' There is truly fear and fear of death, and if you have children, it's a double whammy. They're afraid of what will happen to them."

—Sr. Suzanne Susany, Sisters of St. Francis of the Neumann Communities, an immigration attorney in Pittsburgh

The challenges of resettlement

"The [refugee] women here in Italy are full of determination, and one reason they tend to do better initially than the men is that they are forced to enter the reality of work sooner. For example, women find cleaning jobs more easily than men, and that puts them in contact with the everyday work world more quickly. Men take longer; they often cannot find a job fast because they don't speak the language."

"I was a student leader in the 1988 [Burmese pro-democracy] uprising. When I was 23, I had to leave my family, my studies, everything. I have eight siblings, but I left alone. I was smuggled out on a boat to Thailand disguised as a seaman. I left, same as thousands of Burmese students did. I learned English at a refugee camp in Thailand for six months, then taught English to refugees, not just from Burma, but also from Cambodia, Vietnam, Laos, Somalia and Sudan. I did that for five years. Then I got [to America] on June 13, 1993."

—Kyaw T. Soe, a translator for students and their families in the public school district of Fort Wayne, Indiana

Taking away the welcome mat

"I'm just concerned about our ability to continue to do this work [of resettling refugees]. I think the national program is in trouble. I think the numbers are down because of a wide range of reasons, including new vetting procedures. I'm hopeful that the State Department figures things out — that we'll be able to up our capacity. But it's hard once you lose capacity to build it back up."

"When they're deported [from the United States], they bring with them a very intense pain because they invested in the journey. ... It's like they come to us unraveled, like their life is over. So for us, the work is to reintroduce hope in their lives, to tell them, 'True, you don't have money, but you're young, you're healthy, and you have the will and initiative to get at least this far, to move your life to a new place and confront new realities. Not everyone has the mentality to do that, to turn the page and seek a better life. It's a big risk. Plan A didn't work, so let's figure out Plan B, C, D and Z together.' At that age, you have your whole life ahead of you. That's our job: to awaken them to their new life." 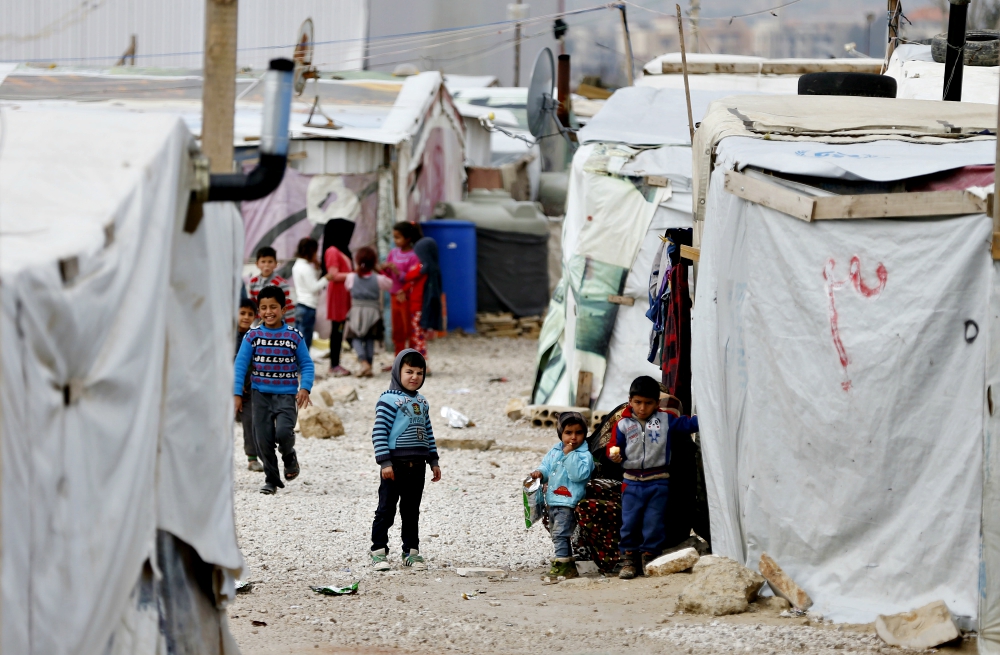