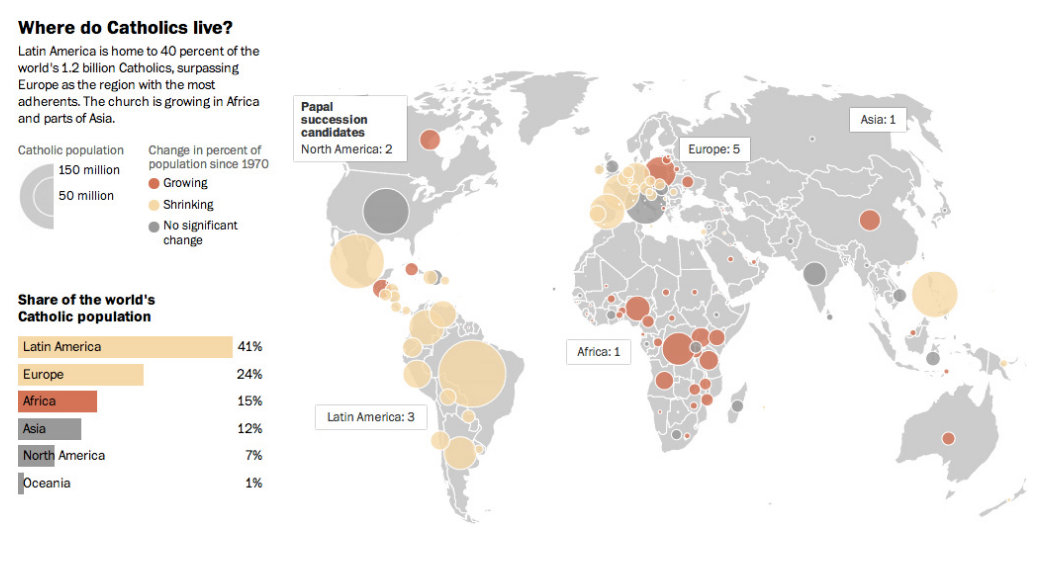 Screenshot of interactive map from The Washington Post showing the numbers of Catholics around the world and whether they are growing, shrinking or staying the same.

The Center for Applied Research in the Apostolate recently released a preview of its upcoming special report Population Trends Among Religious Institutes of Women along with re-analysis of data from a 2012 report on never-married Catholics. The preview confirmed what most people already know about women’s religious congregations, namely that they are increasingly small and older.

But CARA’s quantification also put this data into a sharper context: “If the most pressing trends continue . . . there would be fewer than 1,000 religious sisters in the United States in 2043.” The preview also noted:

In India, there is one woman religious for every 199 Catholics. By comparison, in the United States, there is on sister for every 1,338 Catholics. This 2013 map from The Washington Post shows the global concentration of the Catholic population.

Challenges, uncertainty and hope mark the year for Bangladesh

A prayer for peace, hope and the miracle of being Ukrainian