Reality TV takes on 'The Sisterhood' 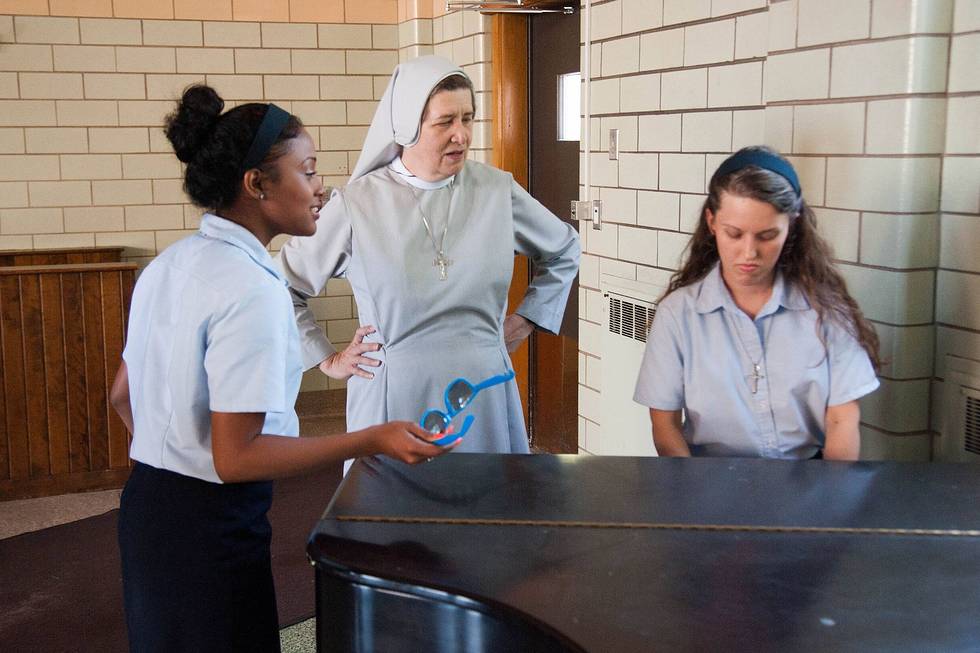 Related: A look at 'The Sisterhood' before Dec. 16  conclusion

Religion writer Gwynne Watkins claimed that any woman participating in “The Sisterhood: Becoming Nuns” (the show’s name) would be turning the process of “embracing obedience and humility into a process of attaining fame,” noting that such ambition “goes against the entire ethos of belonging to a community and devoting one’s life to others.”

Meanwhile, ETWN and Catholic News Agency writer Mary Rezac blogged that she was skeptical and nervous about how the values of reality television and those of religious life would intermingle. After all, the series is being produced by Hot Snakes Media, the same production company responsible for the much maligned – albeit highly popular – slew of Amish reality shows like “Amish Mafia” and the controversial “Breaking Amish.”

Here’s the basic premise of the show: Five 20-somethings (Christie, Claire, Eseni, Francesca and Stacey) spend six weeks visiting three different religious communities: the Carmelite Sisters for the Aged and Infirm in Germantown, N.Y., the Daughters of St. Mary of Providence in Chicago, and the Sisters of St. Joseph the Worker in Walton, Ky. The five women come from all around the country and from a wide variety of family and cultural backgrounds, though all of them are lifelong Catholics.

When I first heard about the series, I was admittedly intrigued – it combined two of my favorite things, religion and reality TV – but like other journalists, I wondered how the producers would be able to pull it off. I mean, what kinds of congregations would agree to be on the show? Where would the discerning young women come from? And if drama is essential to reality TV (as I, a reality TV connoisseur, know it to be) where would it come from?

So when I had the opportunity to talk to two sisters from the Carmelite congregation, I had to ask the obvious question: Why on EARTH did you decide to do a Lifetime reality series?

Well, I was more polite than that, but you get the point.

Both Sr. Maria Theresa Healy and Sr. Peter Lillian Di Maria had similar answers. The producers got in touch with the Carmelite sisters through the National Religious Vocation Conference. After going over the contract with their lawyers and praying about it, the members of their leadership council agreed to participate because they saw it as a chance to help not only the five women participating in the show, but also the millions of women who will watch it on TV.

“Lifetime Television has a membership of two [million] to three million women between the ages of 18 and 35, so to open a window to what our life is like to that group of women is an amazing opportunity for us,” Healy said. “We’re so busy with our ministry, which is so beautiful – caring for the aging, those that are in the process of dying – that sometimes we’re not visible to young people. So it’s been an incredible opportunity to get the word out there that we’re still in existence and still continuing to do the ministry of reaching others with the presence of God.” 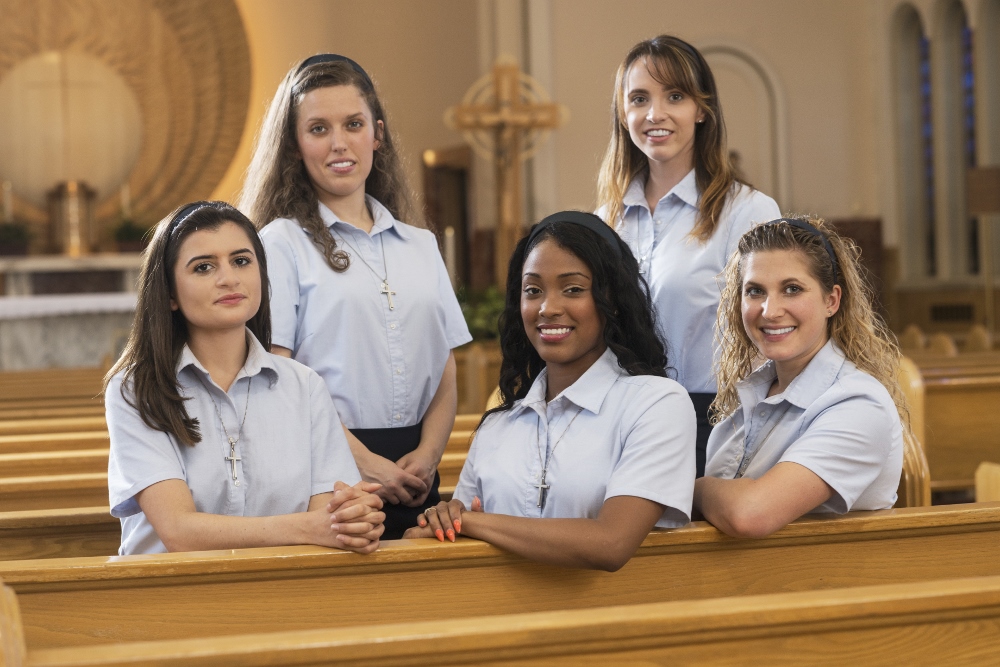 “Wouldn't it be wonderful if every week there was something that showed the actual work of Christ present to people? To capture that for millions of people so they can see that instead of what they do see on TV? I think it would be a good thing,” she said. (Di Maria, I should note, only watches the news and sometimes “Dancing With the Stars.”)

That being said, neither sister is under any illusion that the six weeks it took to film the show was anywhere near long enough for the young women to have gone through a complete discernment process. (“That takes time, like any journey in life,” Healy said.) However, both Healy and Di Maria agree that all five seemed sincere in their desire to explore the possibility of religious life.

I asked Di Maria how she would respond to early criticisms of the show, and she was quick to point out that until they’ve seen the show, anyone’s criticism of it is hasty.

“Why don't you watch it first and then tell me what you think?” she said, laughing.

I, for one, have seen the show – at least an early version of the first episode, which Lifetime sent to Global Sisters Report. Naturally, I dropped everything to spend an hour watching it, and while it would be unfair to judge an entire show on its premiere, especially a version without final edits, I will make a few observations.

First, unlike in historical and stereotypical depictions of sisters in the media, the women religious in “The Sisterhood” come across as warm and extremely relatable. In the first episode, the five discerning women meet for the first time at the Germantown Carmelite convent, and the Carmelites are funny and patient with them, all while being crystal clear about the Christocentric foundation of their ministry.

In the confessionals (reality TV-speak for solo time spent speaking directly to the camera) the Carmelite sisters reflect freely on how they felt when they entered the convent, about the boyfriends and careers left behind to follow God’s call. And when I spoke to them, both Healy and Di Maria said having the girls at the convent helped them to tap into that time in their lives, reaffirming their vocations – a seemingly common reaction, if you follow Stacey on social media.

Second, the requisite drama is definitely there, but, at least in this first episode, it appears to be . . . well, normal drama. The young women struggle with the things you would expect 23-year-old women to struggle with when considering religious life – they talk about what it would mean to give up the possibility of ever being a wife and mother, what it would mean to walk away from the careers they had dreamed of and, in some cases, already gone to school for. One woman talks about what it would mean for her to give up makeup, and it’s a more emotional and powerful scene than you might imagine.

Now, I have to mention that one of the young women seems poised to play the sanctimonious know-it-all, and that may read as contrived to some viewers. But like I said, I’ve only seen one episode, so it’s too early to tell. I am, however, very interested in seeing how Hot Snakes Media and Lifetime portray consecrated life throughout the next six weeks.

The show premieres tonight at 10/9 p.m. Central (Tuesday, Nov. 25). I’ll be live-tweeting using the hashtag #TheSisterhood (and you can follow me here, if you are so inclined.). If you’re on Twitter, I would love for you to join the conversation and share your thoughts!

Sartain to LCWR assembly: I'm here 'as a brother and a friend'

'We are afraid, but we are also strong': Stunned sisters worldwide watch as Russia invades Ukraine