Skip to main content
This story appears in the Nuclear feature series. View the full series.

“The world is charged with the grandeur of God . . . .” That line from the poem “God’s Grandeur” by Gerard Manley Hopkins kept coming to mind as I was walking to work in the days after Easter. Things are greening up here. The flowering trees are bursting forth.  Glimpses of resurrection infused within everything; arising from the very heart of everything,

Right down to molecules, atoms, quarks.

“Interconnectedness lies at the core of all that exists,” Ilia Delio pointed out in her recent column, 2015: The Year of Love. She draws upon the work of Tielhard de Chardin:

I am the principle of union, the soul of the world. I am the magnetic and unitive force that brings the disparate matter together and urges each newly created form to multiply, to beautify, and to bear fruit. . . .

Yes, Love energy is at the heart of it all.

So just the other day when I received a request to sign on a statement calling for the abolition of nuclear weapons I started thinking about all this, about how it’s all connected.

Scientists have figured out how to release huge amounts of energy from tiny amounts of matter through nuclear fission and fusion. But they used that discovery to make nuclear weapons. For me, it’s going against the very nature of everything: taking the energy of relationship and converting it into a use which could destroy everything.

People of faith and good will have recognized this fundamental violation of nature and have been engaging in efforts to eliminate nuclear weapons ever since the atomic bombs were dropped. Some have spent years in prison for their actions of nonviolent resistance. Sr. Megan Rice, a member of the Society of the Holy Child Jesus, is incarcerated now. In case you missed it, The New Yorker published an article, Break-in at Y-12, chronicling her action and that of Michael Walli and Gregory Boertje-Obed at the Y-12 uranium fabrication and storage facility in Oak Ridge, Tennessee. It’s an interesting and intriguing read.

The comprehensive article also traces the history of the Plowshares movement. From the beginning, women religious have played an integral part: including former Religious of the Sacred Heart of Mary Sr. Elizabeth McAlister; the late Society of the Sacred Heart Sr. Anne Montgomery; Dominican Srs. Ardeth Platte, Carol Gilbert and the late Jackie Hudson, and former Benedictine Sr. Judy Beaumont.

While media attention focuses on the negotiations with Iran and stopping them from developing nuclear weapons, not much attention is given to the nuclear nations and their responsibility to disarm.

While calling for a world free of nuclear weapons, the U.S. continues to produce them. Some facts and figures from the March 2015 edition of “Sunflower,” the monthly newsletter of the Nuclear Age Peace Foundation caught my attention:

The Obama administration has requested a 10.5% increase, to $8.85 billion, in Fiscal Year 2016 for the nuclear weapon programs of the National Nuclear Security Administration (NNSA), only $48 million of which is for dismantlement of retired nuclear warheads.

A review of The Nuclear Nonproliferation Treaty (NPT) is held every five years to assess whether treaty obligations are being met and to develop an action plan for the next five years. The next review will be April 27-May 22 at the U.N. In anticipation of the review, the organization Reaching Critical Will has published a report monitoring the action plan developed in 2010.

Over the years, the focus of public attention has been on preventing proliferation by non-nuclear states, as in the case of Iran. But another provision of the NPT (Article VI), mostly overlooked, is the obligation of nuclear states to disarm.

Over at NCRonline.org, Stephen Zunes provides a compilation of the votes on measures at the U.N. showing how the U.S. is undermining disarmament efforts.

In a ground-breaking paper “Nuclear Disarmament: Time for Abolition,”delivered at a December Conference on the Humanitarian Impact of Nuclear Weapons in anticipation of the NPT review, the Vatican pointed out that a class structure in the international system between possessing and non-possessing states has been established:

Only insofar as the nuclear-armed states move toward disarmament will the rest of the world regard the nonproliferation regime as just.

Calling into question the policy of possessing nuclear weapons as a deterrence, the Vatican stated:

Recognizing the fundamental interconnectedness of all, the Vatican repeatedly speaks of building an ethic of solidarity and fraternity, reaching across the globe:

The time has come to embrace the abolition of nuclear weapons as an essential foundation of collective security.

Nuclear deterrence and the threat of mutually assured destruction cannot be the basis for an ethics of fraternity and peaceful coexistence among peoples and states.

Only in solidarity will we recognize our common humanity, grow in awareness of the threats we face in common, and discover the paths beyond the impasse in which the world now finds itself.

It’s not just up to leaders of nations. In fact, it will take people all across the world.

The desire for peace, security and stability is one of the deepest longings of the human heart. It is rooted in the Creator who makes all people members of the one human family.

Plenty of hopeful reading in this Easter season.

Forging the path of solidarity toward a nuclear-free world is indeed “returning to nature,” cooperating with the unitive force of Love energy. Practicing resurrection. 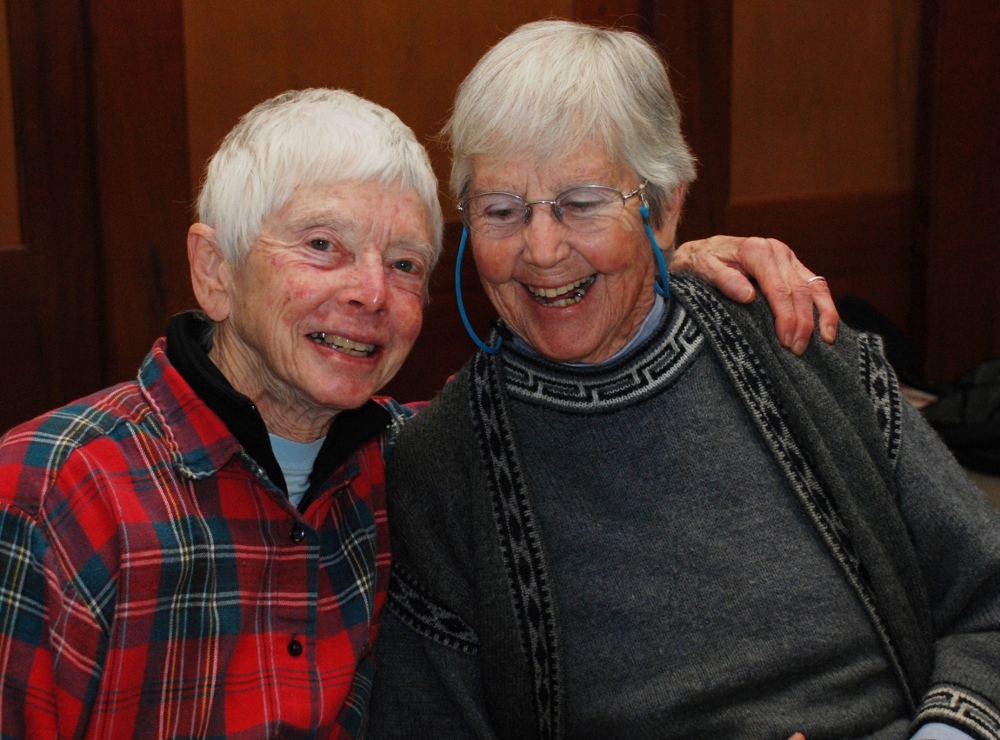