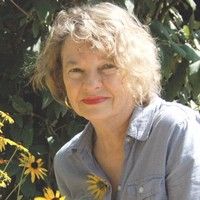 Catherine M. Odell is a freelance writer and editor and the author of 14 books, including one co-authored with Margaret Savitskas, Angels of the Lord: 365 Reflections on Our Heavenly Guardians (Our Sunday Visitor, 2016).

Though she had been a well-known partier in her own times, St. Teresa of Avila would likely raise her dark eyebrows in surprise. This year, all over the world, people have been celebrating the 500th anniversary of her birth on March 28, 1515. Birthday festivities for her certainly make Catholic sense. Teresa Sánchez de Cepeda y Ahumada was a profoundly influential Spanish mystic, a Carmelite reformer, the first woman doctor of the church, and the author of best-selling spiritual classics, including her masterpiece, The Interior Castle (1577). Nonetheless, some wonder what a 16th-century mystic can say to 21st-century people of faith.

Sisters’ clinic provides for patients who have no insurance, public or private - For decades, Sr. Maura Brannick had worked as a nurse in hospitals sponsored by her Holy Cross congregation. In 1986, Brannick followed her heart. She went to the board of the Saint Joseph Regional Medical Center to ask for help funding and running a clinic in the Chapin Street neighborhood. She pledged to work hard to get donations and equipment for the clinic. She promised to recruit volunteers from the many doctors and nurses she knew. Today the Sister Maura Brannick, CSC, Health Center serves about 1,300 people.
Related - Reach out in justice and love

Since she retired six years ago, 91-year-old Sr. Maura Brannick has certainly had more time to reflect on her ministry as a Holy Cross sister and as a nurse. She stays connected to the award-winning medical clinic for the poor and uninsured that she founded in 1986 in South Bend, Indiana. On many Mondays, she still catches a ride downtown to Western and Chapin Streets to visit with the largely volunteer staff and write thank you notes to clinic donors.
Read about the clinic Sr. Brannick started - Committed to care