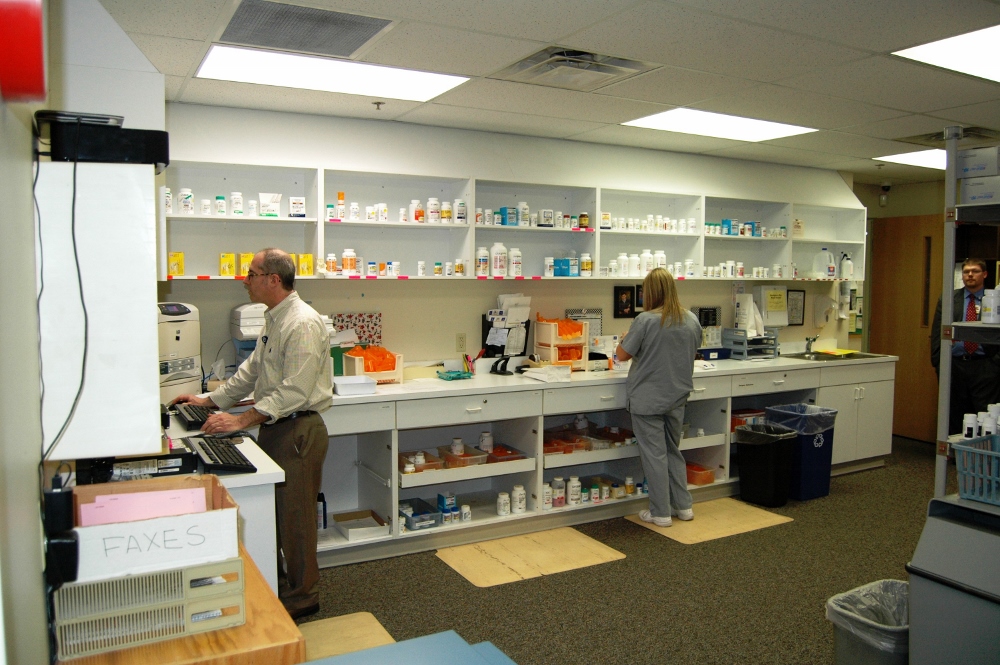 A full-time pharmacist is one of the few paid professionals at the Brannick Health Center which offers free medications for most of its patient needs. (William E. Odell)

South Bend, Indiana — In South Bend, Indiana, volunteers and staff at a health clinic for poor and underserved people are hoping that this winter won’t be as vicious as last year’s. In 2013-2014, record snowfalls and 19 days of zero or sub-zero temperatures put this northern city into a deep freeze for months. It was particularly rough on patients at the clinic, the Sister Maura Brannick, CSC, Health Center.

“In the winter, many of our patients have no transportation other than the bus or their own two feet,” explained Cathy Day, a registered nurse. As the clinic’s supervisor of clinical services, Day makes sure that everything is ready for patients who are seen daily by an all-volunteer team of medical professionals. Patients have appointments. This is not a drop-in clinic.

Since its founding on the city’s west side in 1986 by a Holy Cross nun who was also a nurse, this clinic has had a unique patient population, Day said. It serves only those who have nowhere else to go. “Patient eligibility” at the Brannick clinic means that the person has no Medicare, Medicaid or medical insurance of any kind. Currently, the clinic follows about 1,320 adults, 18 to 65 years of age. Because children born in the U.S. generally qualify for Medicaid, Day said, the Brannick Health Center does not usually see them.

Many other clinics in the area do see patients who are indigent, but most of them go onto a sliding scale for payment.

“At the Brannick clinic,” Day said, “we ask a $5 co-pay for medical appointments and a $10 co-pay for dental appointments.” With the exception of some psych drugs, patients can get all prescription medications they need for free at the Brannick clinic. In addition, since the clinic opened, all medical testing needed by clinic patients has been done for free by the South Bend Medical Foundation.

Though it makes no sense to some people, it became the dream of a determined and compassionate nun. For decades, Sr. Maura Brannick had worked as a nurse in hospitals sponsored by her Holy Cross congregation. By the mid-1980s, she was in her 60s – gray-haired but very energetic. After caring for her mother until her death in Minooka, Illinois, Brannick had returned to South Bend and the motherhouse at nearby St. Mary’s College. Unwilling to sit still, she began volunteering at several inner city parishes on South Bend’s west side. She started to do home visits as a nurse, and also asked to take blood pressures for people coming into several soup kitchens. 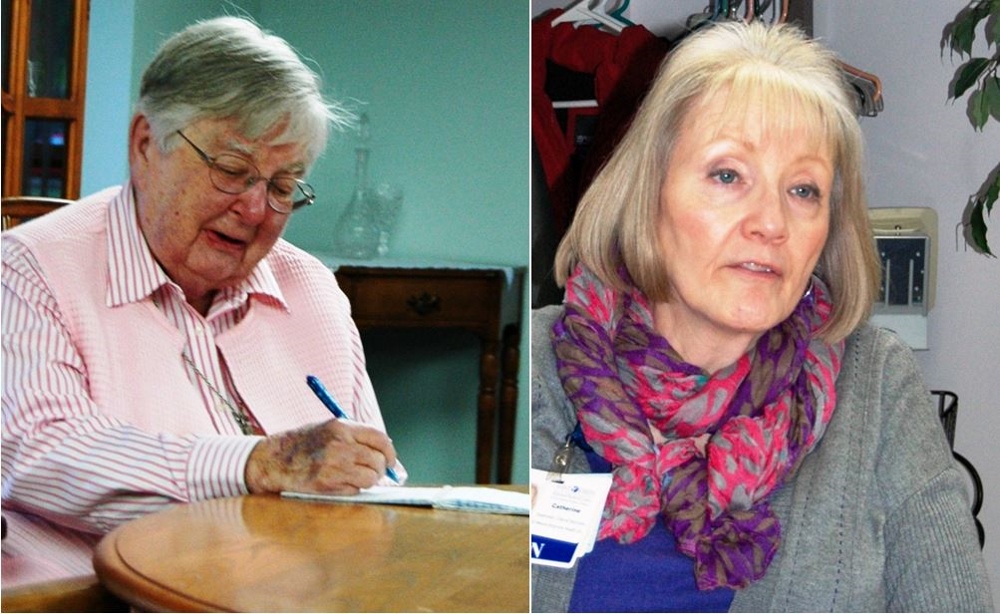 “I remember one man,” she later explained, “whose blood pressure was so high that I thought he was going to have a stroke.” Brannick tried to talk the man into going to the emergency room at a local hospital. He refused. “He didn’t want the bill. No matter how much I tried, I could never get people to go and get help.”

Brannick had seen poverty growing up on the family farm near Chicago during the Depression. In those years, just about everybody she knew was poor. But, people also shared what they had and had hope for a better future. When she looked at people she met in South Bend’s poorest neighborhoods, she saw a new face of poverty. Crime rates, alcoholism and drug abuse were all high. Fear kept people isolated. And many had serious illnesses and untreated medical conditions.

In 1986, Brannick followed her heart. She went to the board of the Saint Joseph Regional Medical Center to ask for help – a lot of help. By then, she understood that medical help would have to come to the city’s west side neighborhoods. The poor there would not cross town to get it.

She asked the hospital board to help fund and run a clinic in the Chapin Street neighborhood. She pledged to work hard to get donations and equipment for the clinic. She promised to recruit volunteers from the many doctors and nurses she knew.

Soon after she got a go-ahead from the hospital board, Brannick and a few friends found and purchased a 400-square foot garage on Washington Street. It had seen better days – in the previous century – as a two-horse stable. 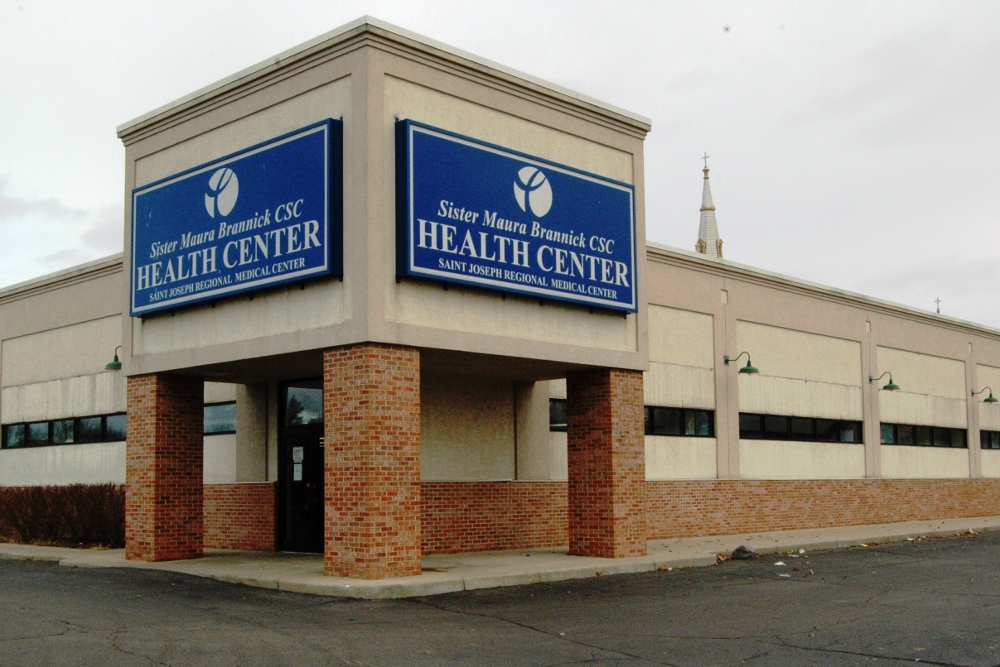 Many area doctors and nurses heard about Brannick’s little clinic right away, Cathy Day recalled. They were intrigued and wanted to help. “I heard about it when I worked at the hospital [Saint Joseph Regional Medical Center]. I always worked in surgery and surgery education, but it was my dream to become a volunteer here. But, I had children at home and worked full time.” Day found her way to involvement at the clinic years later.

In the meantime, Brannick had no trouble recruiting the medical help she needed to launch the little clinic. Volunteers liked the chance to give back. And they reportedly loved practicing medicine for a few hours each week in a clinic that didn’t limit the time spent with each patient.

“I think we had an RN and LPN that we hired,” Brannick said, recalling those first days. “The doctors started coming on their own as volunteers. Soon, we had too many [doctors] because we didn’t even have an examination table. So, we had to look for a new building after about two years.”

By 1988, Brannick’s growing band of volunteers and friends included Jeff Gibney, chief executive officer of the South Bend Heritage Foundation, a local non-for-profit organization that helped inner city residents own their own homes. Gibney located a vacant building at Chapin Street and Western Avenue. But, it wasn’t pretty. If it could be fixed up, he advised, she would have a much bigger clinic.

Brannick’s eyes still light up when she describes her first tour of the dumpy looking place that became her second clinic. “It didn’t have a back door and had been empty for 20 years,” she said. “There were mattresses and beer cans all over the place. I said, ‘I’ll take it,’ but it needed so much work!” 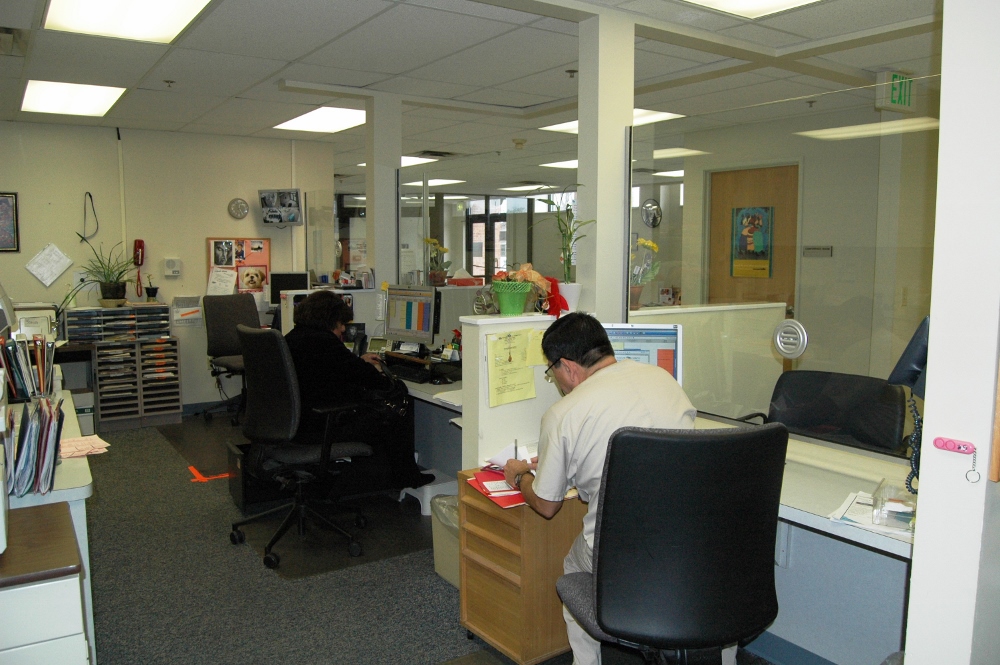 When renovations were done in 1989, the “Chapin Street Clinic” opened, offering two examination rooms and a waiting area. Most importantly, this building was much more visible in the troubled neighborhood it was intended to serve. Brannick met and befriended a motorcycle gang in the neighborhood. They were known as the Knaptown Riders. When the members of the gang understood what the clinic was all about, she said, “They basically adopted us.” Whenever a suspicious-looking person or someone who seemed to be drunk or on drugs came into the clinic, Brannick would make a phone call. One of the burly Naptown Riders would show up, take a seat in the waiting room, and “keep the peace.”

During the ‘90s, the clinic’s patient population grew a great deal. For the first time in their lives, people with chronic health conditions – such as diabetes, high blood pressure, emphysema – were getting continuing and highly professional care for free. And in 1991, the clinic was suddenly in the national spotlight. On March 11, President George H.W. Bush awarded Brannick the “Point of Light Award” in recognition of the clinic’s efforts to provide care for underserved people. With two doctors who volunteered at the clinic, Brannick drove into Chicago to meet the president aboard Air Force One at O’Hare Airport.

When Secret Service agents “frisked” Brannick, Mark Sandock laughed long and hard. It was difficult to see the petite Brannick as a security threat. Sandock, an internist, was one of Brannick’s first volunteers and continues to see patients at the clinic.

By 1998, a major fundraising campaign supported a new clinic building at the corner of Chapin Street and Western Avenue. This time, the clinic was named: “Sister Maura Brannick, CSC, Health Center.” The 10,000-square-foot clinic offers comprehensive primary care as well as screenings, nutritional and diabetic counseling, bi-lingual staff for Hispanic patients, a food pantry and a pharmacy.

Most of all, it seems, it offers a commitment to care and to help.

On a wall near the examining rooms hang a dozen or more stethoscopes waiting to be grabbed by volunteering nurses and doctors.

“We have some people who have been volunteering here for many years. There‘s something about this place that speaks to the heart and soul. As long as the patients need us, we will remain open,” promised Cathy Day.

[Catherine M. Odell is a free-lance writer, editor and author who lives in South Bend, Indiana.]

Related - Reach out in justice and love